WHAT TO THINK ABOUT THE ESKOM FIASCO?

Eskom has its lightbulb moment - after 12 years

They say they are doing their very best, and I’m sure that by 2037 they’ll understand load-shedding must be stopped

Keep SA’s lights on? We’re too busy having fun

While SA is still in the dark about the future of Eskom's load-shedding crisis, the state-owned entity battles to maintain the power supply. Here's what you need to know about Eskom's cost to South Africans.

Minister of public enterprises Pravin Gordhan briefed the media on Tuesday on the daily load-shedding currently affecting South Africa. He attempted to assure everyone that Eskom was working hard to keep the lights on.

The kidnappers demanded ransom from the captives’ families

State employees are siphoning off billions through the unlawful awarding of tenders, an auditor-general report reveals

Think Cyril can fix SA? Let’s have a reality check

He remains shackled to the ANC, within which his biggest enemies will always be waiting to trip him up

Battered, bruised, but KZN ANC ‘will roar’ in poll

Not even murder, fraud or infighting can thwart the ANC's victory in KZN, says a political analyst

‘My truth needs to be told’: Cheryl Zondi won’t back down

Drug-sniffer dog shot by cop lives to fight another day

With more people looking to return to a more wholesome way of living, eco-living is a big thing, say property experts

Cheers! Why Bonang Matheba is SA’s only true celebrity

Queen B has a story and a fantasy that she’s selling, she has an image: she is glamour, she is sass, she is success

Winklevoss twins: What we’re up to now will be bigger than Facebook

TV sex has become a turn-off, in more ways than one. This is why

Should doctors burst into tears at work? Over my dead body!

It only blurs the boundary between doctor as detached professional and patient as suffering client, a doctor insists

SEE? I ALSO BROUGHT MY GUN Striking police officers marched to parliament under the banner of the SA Police and Allied Workers Union over a list of grievances as hundreds skipped work in Western Cape on Tuesday.
Image: Esa Alexander/Sunday Times

Mayor accused of murder to stay in custody

The mayor of the Harry Gwala municipality in KZN, Mluleki Ndobe, will remain in police custody until his bail application. Ndobe, 41, appeared in the Umzimkhulu Magistrate's Court on Tuesday with co-accused, Sbonelo Myeza, 39, Mbulelo Mpofana, 34, and Zweliphansi Skhosana, 48, for the 2017 murder of ANC Youth League Leader Sindiso Magaqa. The matter was remanded to March 25 and 26 for a formal bail application. The state confirmed that all four accused are facing one count of murder, alleging that they had acted in "common purpose" in having premeditated the murder of Magaqa. They also face two counts of attempted murder. According to the charge sheet, the second and third counts relate to the attempted murder of Jabulile Msiya and Nontsikelelo Mafa on July 13 2017 – the day Magaqa was gunned down. Prosecutor Sohana Moodley said more arrests were imminent.

Woman crashes Merc into her own home

A Durban woman ploughed her Mercedes-Benz into her home in Verulam on Tuesday after experiencing a dizzy spell. The woman, 68, and her passenger had to be freed from the wreckage by firefighters. Prem Balram of Reaction Unit SA said the incident occurred in Verulam's busy Wick Street area, near the local metro police station. Balram said the driver suffered head and spinal injuries and was taken to a local hospital. "According to the driver, she was approaching her home when she felt dizzy and weak. Instead of turning into her driveway she suddenly accelerated towards her home. The vehicle ploughed through a wooden barrier before it crashed into the home, which is a few metres below road level," said Balram. The passenger was unharmed.

Load-shedding is hitting farmers and their animals hard, the National Council of SPCAs says. The organisation had "grave concerns" for animals that depended on electricity for survival. "In any intensive farming system animals are dependent on ideal environmental conditions to survive. These conditions often depend on a constant supply of electricity," it said. "Not-ideal conditions lead to stress on the animals which leads to immune system failure, illness and even death. Electricity plays a crucial role in animal farming. Lighting, heating, ventilation, electric motors which run feed lines - electricity is at the core of a productive intensive farming system." Poultry, piggeries and aquaculture were some of the farm types affected.

A woman is in critical condition after being shot by her boyfriend in Fourways, in Johannesburg north, on Tuesday morning. He shot himself near the Fourways Mall after fleeing the scene, according to emergency services. Police spokesperson Captain Mavela Masondo said the woman was driving on the corner of Cedar Road and Cedar Avenue West when her boyfriend approached her at the intersection and shot her twice in the upper body. She was taken to a nearby hospital in a critical condition. "The boyfriend was later found a few kilometres away from the scene. He committed suicide as he shot himself inside the car,” said Masondo. The motive for the attack is unknown.

Reporting racism is now just an app away, and South Africans are being assured the complaint will be assessed by an experienced human rights team. At an event at Constitutional Hill in Johannesburg on Tuesday, marking Human Rights Month, the SA Human Rights Commission (SAHRC) endorsed the Zimele Racism Reporting App (ZiRRA), which was piloted a year ago by the Ahmed Kathrada Foundation. The app’s development comes after research showed an increase in racism-related incidents across the country. The SAHRC said racism-related complaints made up a big chunk of the complaints it received. The app, says the foundation’s Busisiwe Nkosi, allows people to report all forms of racism and attach any documentation, recordings or footage as evidence to strengthen their case.

Wits University will confer honorary doctorates on former electoral commission chairperson Brigalia Bam and two internationally acclaimed wordsmiths. Bam and globally celebrated SA writers Mandla Langa and the late Chris van Wyk will be awarded honorary doctorates in recognition of their contribution to SA. The doctorates will be conferred on March 27 in the university’s Great Hall. They will be among more than 5,200 graduates who will be capped during Wits’ March graduation season. Wits will also award a University Gold Medal to Wits alumnus and distinguished architect Herbert Prins. 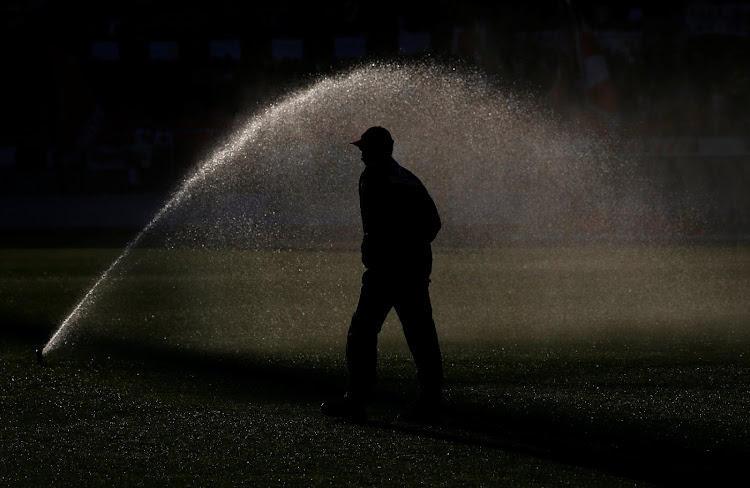 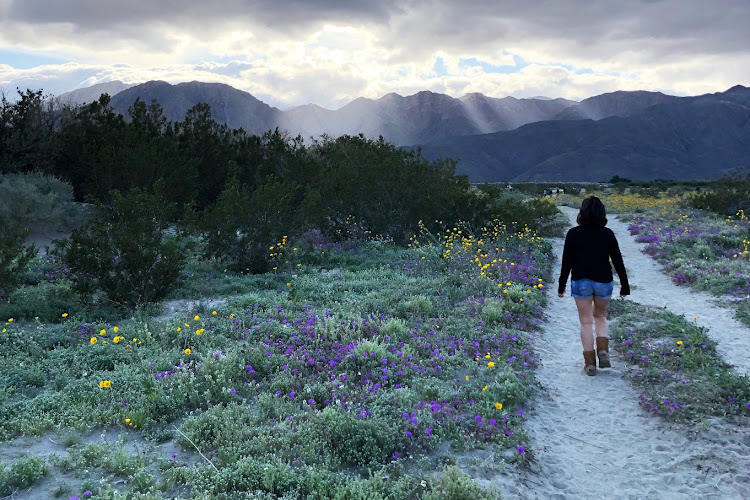 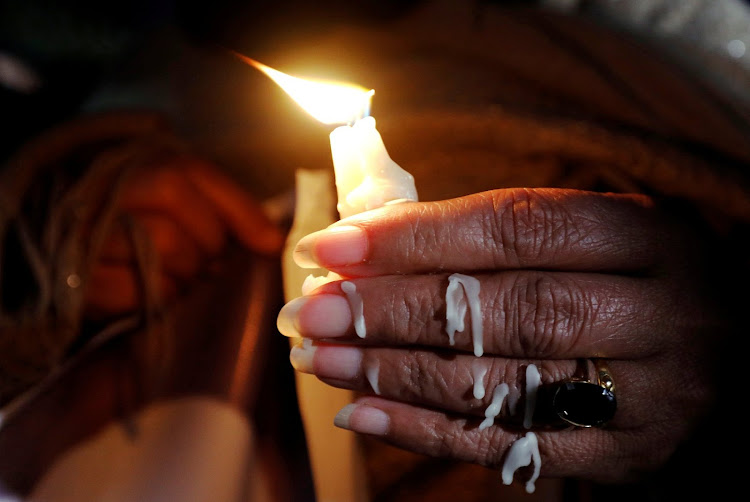 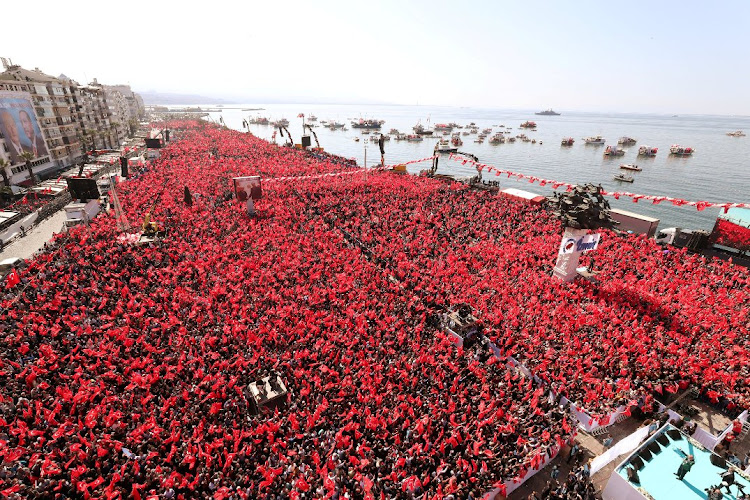 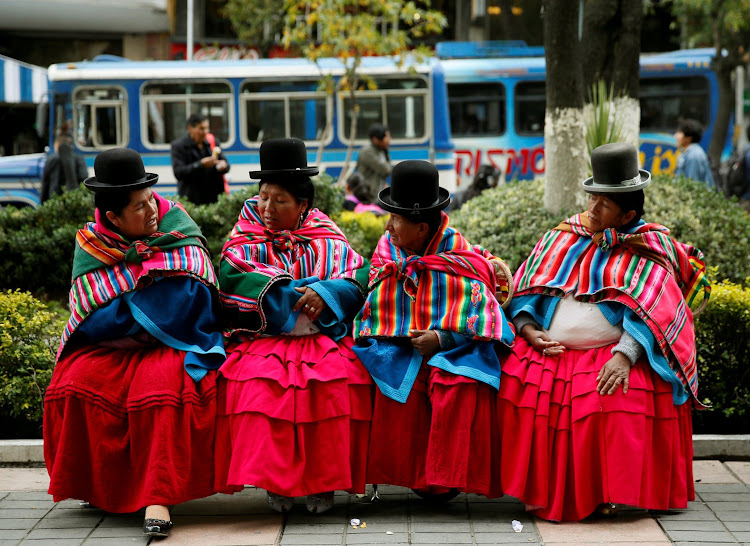 ‘I Live! I Die!’: Why Kiwis are using the haka to heal after attacks

Airline staff burst in on him while he was on the toilet, all because of his race and faith, passenger claims

Caesareans ‘are too sterile a way to enter life, leaving allergic kids’

And this 107-year-old doctor should know, seeing he is the 'grandfather' of allergy research

Artificial island to blow the rest out of the water

Hong Kong plans to build one of the world’s largest artificial islands with a $79bn price tag. The proposal to reclaim 1,000 hectares of land around the territory’s largest island, Lantau, is touted as a solution to the housing shortage in the city. Authorities say they hope to start reclaiming land in 2025, with an eye on moving residents to the island in 2032. – AFP

A 3,000-year-old carved stone tablet from Babylonia, which promises a curse on those who would destroy it, is to be flown home from Britain after being looted during the Iraq War. The British Museum handed over the work to the Iraqi ambassador during a ceremony on Tuesday after experts had verified its provenance. – AFP

A pupil attacked school staff in Oslo, Norway, injuring four people. The boy had threatened staff with a breadknife, but inflicted the injuries by biting and stabbing with a knife and a fork from the canteen, police said. The four people were taken to hospital with minor injuries. – Reuters

My three decades are up, president realises

Kazakhstan President Nursultan Nazarbayev says he’s resigning after three decades. Nazarbayev, 78, has led the nation since 1989. Kassym-Jomart Tokayev, speaker of the upper house of parliament, will take over as the acting president for the remainder of his term. – Reuters

A political ad with an Israeli justice minister using ‘fascist’ perfume has drawn outrage. Ayelet Shaked’s ad tries to play on accusations that she has a fascist-like agenda, but many saw the ad as a failure that could be mistaken for an endorsement of fascism. The clip is part of a promotion ahead of elections. – AFP

The epic feud between India’s Ambani brothers took a new twist when the older and richer brother, Mukesh, decided to pay debt owed by his sibling, Anil, helping him avoid jail. The brothers fell out after their father died without a will, leaving them to fight for control of his Reliance conglomerate. – AFP

Steinhoff in parliament: At last, some names are named

Markus Jooste fingered as one of the execs involved in fictitious and irregular transactions of about €6.5bn

Why this man is very, very angry about the SA economy

Dawie Roodt peers down at SA from the fiscal cliff

Sibanye: Amcu’s crash course in how not to manage a strike

Grand Parade: When you can’t run a business, don’t run one

Ancient grains are a bunch of old tosh: I don’t buy the fad

Take off a few choice days around public holidays

Upcycling: When doing good looks this good, it’s all good

Will this World Cup be different for the Proteas? If it isn’t it won’t be for want of plotting and planning

Blasts from the past: Robberts puts up with Melbourne gold