We must stop hate-spewing leaders, or there’ll be another Christchurch

Agency outlaid millions from public coffers for an ill-conceived software upgrade. Now they’re in the lurch

Will or won’t she? Cheryl Zondi may brave the witness stand all over again

Are insurers biased? We’ve got you covered

Her dress may have been trashy, but it sure made a statement

Can’t repeat this enough, so here it is: think before you throw

Strong support for Flair SA, a union run by two women that focuses on gender equality in the workplace

Life might suck very badly if you practise oral sex

People who indulge in it are exposing themselves to greater risk of mouth and throat cancer, research reveals

The Spanish are right: a siesta is good for you, and your work

Turns out a mid-afternoon nap is good for our health and creativity, and is strongly linked to longevity

Mötley Crüe: ‘It was anything goes, and we got away with murder’

Middle-aged? If you have any of these niggles, go to your doctor. Now

We live in a world of turbocharged health warnings, but experts say some common midlife ailments can be a red flag

Orange you gorgeous? It was a giant celebration of colour, energy, talent and community spirit as Fan Walk in Green Point came alive with revellers at the annual Cape Town Carnival on Saturday.
Image: Esa Alexander

A 63-year-old UK man died while scuba diving in Simon's Town in the Western Cape, the National Sea Rescue Institute (NSRI) said on Sunday. NSRI Simon's Town station commander Darren Zimmerman said the medical response team was alerted to the emergency by a dive charter boat at 11am on Saturday. CPR was administered to the man who collapsed after surfacing from a scuba dive with his daughter. It is suspected he had suffered a heart attack. His family is being helped by trauma counsellors from the police and City of Cape Town tourism officials. The British High Commission was also assisting the family who were holidaying in SA.

DA parliamentary operations director Louw Nel has hauled MP Dianne Kohler Barnard before the Equality Court for making racist remarks at a police portfolio strategy meeting. Sources say that Kohler Barnard referred to black people as ‘criminals who were out to harm whites’ during the course of that meeting. It is believed that Nel was dissatisfied with the way DA chief whip John Steenhuisen had dealt with the matter. Read the full story in the Sunday Times. This week it also emerged that a DA councillor in Ekurhuleni, Thina Bambeni, was removed from the list on the recommendation of the party's Gauteng leader, John Moodey, after accusing the council caucus chairperson, Shadow Shabangu, of sexual harassment.

Black skin ‘is a licence to use k-word’

When is it okay to call a black person the k-word? Any time you like - as long as you're also black. That's the view of former Robben Island prisoner Sibusiso Peter-Paul Ngwenya, now a leading entrepreneur. But Ngwenya has found himself on the wrong side of a crimen injuria case after using the racial slur against his former friend and business partner Fani Titi, the joint CEO of Investec. While Titi told the Sunday Times this week he did not want to comment on the case, Ngwenya said the charge was "frustrating" because he did not believe he had infringed Titi's dignity, as prosecutors allege. "I am also a k*****. So I couldn't have been racist towards him because if you could think of the n-word in America, which is the equivalent, n*****s call themselves n*****s," he said. Ngwenya is facing two counts of contravening a protection order Titi was granted against him and one count of crimen injuria for calling Titi a "k****r" in an SMS.

‘Bully was a teacher’ but officials slow to react

An Eastern Cape woman has obtained an interim protection order against her nine-year-old daughter's teacher, who she accuses of physically and emotionally abusing her child. A hearing to make the order permanent was postponed last week to June 24. In her application to the Zwelitsha Magistrate's Court, Nomfundiso Ndlazi included a statement from Bhisho Hospital's trauma counselling unit, which said the child had been traumatised by the abuse, prompting her to refuse to go to school for 18 months. The report said the girl claimed the teacher repeatedly hit her on the head with an orange pipe, told her not to look at her and said the child's headscarf stank. The court order prohibits the teacher, Lulama Mgqontshi, from abusing the child emotionally or insulting her. It also prohibits Mgqontshi from "engaging or attempting to engage in harassment" of Ndlazi. Mgqontshi continues to teach at the school, Masijongane Primary School, in Ndevana, outside Zwelitsha.

Four people are in the running for the top job at the South African Revenue Service (Sars) as the interview process to fill this critical position enters the final round. Those at the forefront include former auditor-general Terence Nombembe, despite his lack of tax experience, among others. The new will replace Tom Moyane, who was fired in November 2018, leaving the institution in tatters. Nombembe, the head of investigations for the state capture inquiry led by Judge Raymond Zondo, is believed to be vying for the position against three other shortlisted candidates: acting commissioner Mark Kingon, Edward Kieswetter, previously a deputy commissioner of Sars and former CEO of Alexander Forbes and former Sars head of enforcement Gene Ravele.

Senior ANC KwaZulu-Natal provincial leader Mluleki Ndobe has been arrested in connection with the 2017 murder of former ANC Youth League leader Sindiso Magaqa. The party’s provincial secretary has confirmed that Ndobe was first taken in for questioning and later arrested. Police minister Bheki Cele’s spokesperson, Reneilwe Serero, said: "I can confirm one senior official from Harry Gwala District Municipality has been arrested. At this stage I can not divulge the name until their court appearance which will be in the next 48 hours." Ndobe is the mayor of the Harry Gwala district municipality and serves in the provincial working committee of the ANC. He previously served as the deputy provincial secretary. In September 2017, Magaqa died at the Inkosi Albert Luthuli Hospital from gunshot wounds after an assassination attempt two months earlier. At the time his family claimed he was poisoned, but an autopsy found this was not true. KZN police spokesperson Thulani Zwane would not comment on Ndobe’s arrest and referred all questions to Cele. 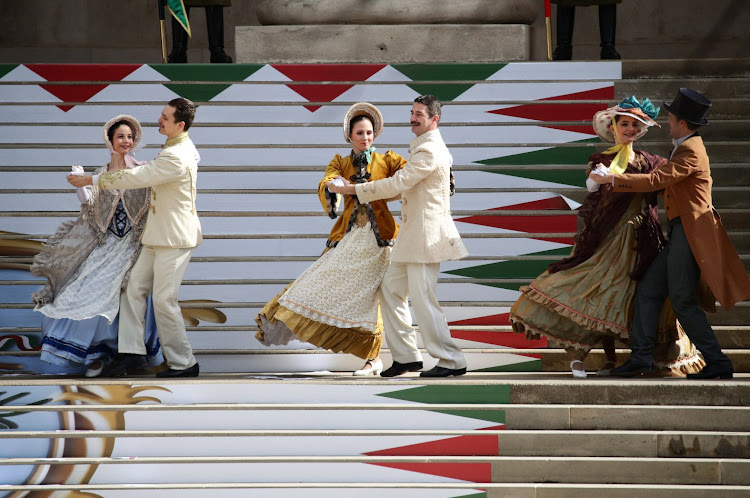 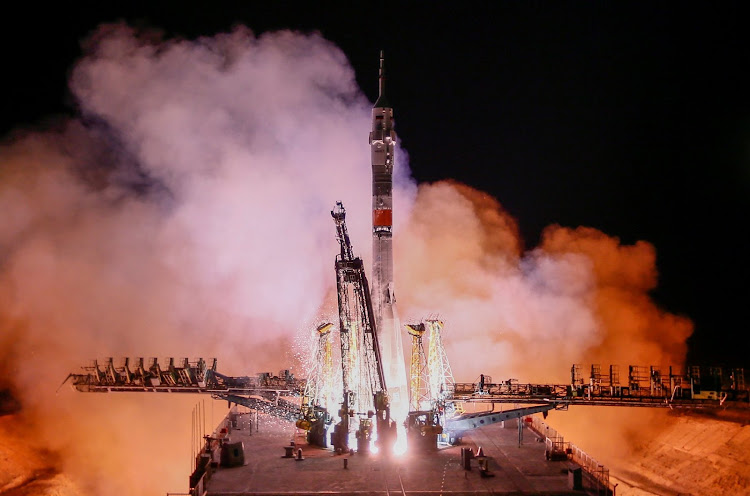 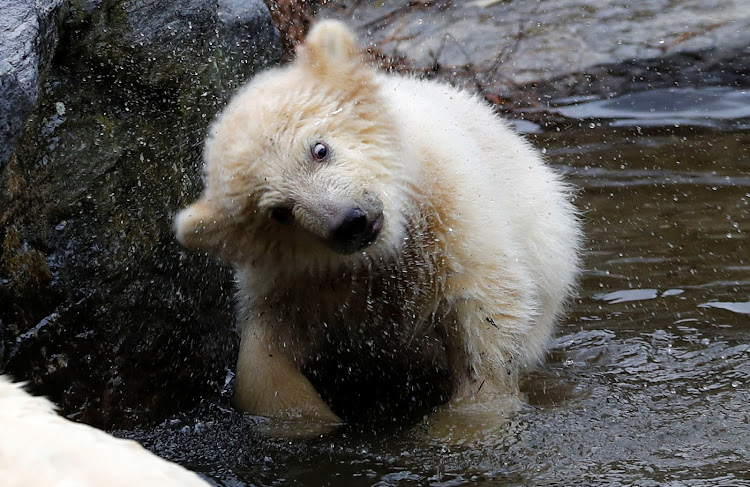 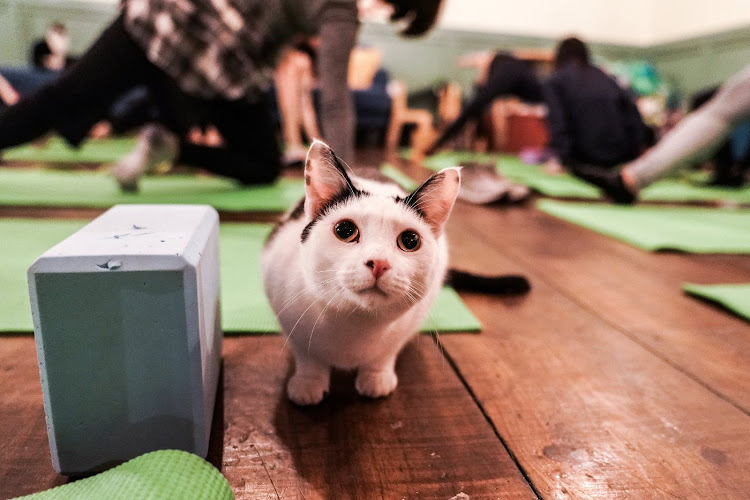 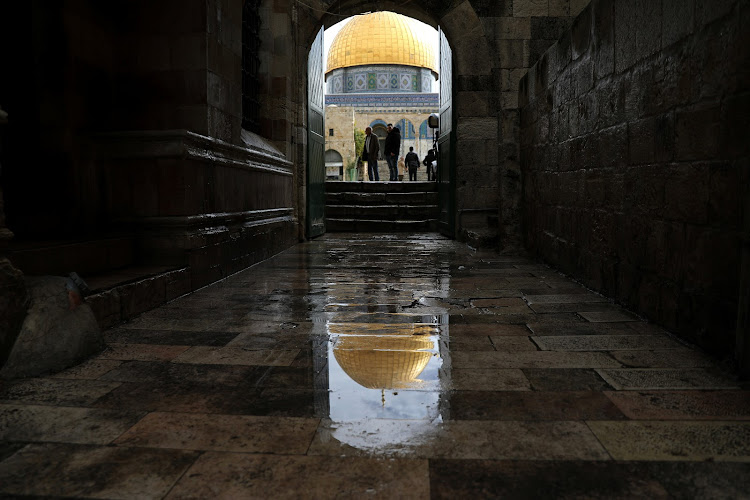 Obsessed by jihadis, gangs and nationalistic Maori groups, authorities were 'looking under all the wrong rocks'

No spare to the heir: what Harry and Meghan’s latest move means

Is there anything the Clooneys can’t do? Well, how about Trump’s job?

Royalty and world leaders are their friends. They're adored by their public. So what's next for George and Amal?

MOM, LET’S PICK UP THE PACE A woman and children near a pedestrian crossing as they look at newly installed ground-level crosswalk lights in Tel Aviv, Israel.
Image: Reuters/Corinna Kern

At least 31 people have died in eastern Zimbabwe while dozens were missing as homes and bridges were swept away by a tropical storm, state television reported. Cyclone Idai, which brought floodwater and destruction to areas of Mozambique and Malawi, hit Zimbabwe on Friday, cutting off power and communications. Pictures on Twitter and TV footage showed roads, houses and bridges that were washed away while communication towers were knocked down and electricity cables blocked roads in Chimanimani district. - Reuters

He tops the Premji league of charity givers

One of India’s richest men, nicknamed ‘India’s Bill Gates’, has pledged $7.5bn to charity. Azim Premji, 73, pledged the country's biggest-ever single donation using 34% of his shares in his software company. The tycoon has now donated a total of $21bn to his Azim Premji Foundation and has a remaining fortune of more than $18bn. - The Daily Telegraph

The art of doing nothing

Sweden’s public art body has sparked outrage by commissioning an art work that will see £500,000 of public money used to hire an employee to do whatever they like forever, so long as they punch in and out on a time clock each day. Eternal Employment, by artist duo Simon Goldin and Jakob Senneby, won the competition to supply a public artwork for Gothenburg’s new Korsvagen train station. The position’s holder will be paid £1,900 a month, increasing at an average of 3.2% annually over the next 120 years. - The Daily Telegraph

Keeping a watch on heart problems

The Apple Watch is able to detect irregular heart pulse rates that could signal the need for further monitoring for a serious heart rhythm problem, according to data from a large study, demonstrating a potential future role for wearable consumer tech in healthcare. Researchers hope the technology can assist in early detection of atrial fibrillation. Patients with untreated AF are five times more likely to have a stroke. – Reuters

Exposing cheese to round-the-clock music could give it more flavour and hip hop might be better than Mozart, Swiss researchers say. Nine wheels of Emmental cheese weighing 10kg each were placed in separate wooden crates last September to test the impact of music on flavour and aroma. - Reuters

Cool your engines, tech is ‘not a threat’ to SA car industry

Small car-part suppliers are not in danger of being shunted out of business by new tech, says industry expert

Shareholder activists step up to a new frontier

Spotify makes a song and dance about ‘unfair’ Apple tax

If #IAmNotOk, how are you?

Evan Rachel Wood is saying it, so who else is not OK?

No fannying about: Women’s privates are going public

As the world gets used to the words vagina and vulva being spoken out loud, everyone’s ears prick up

Order. Order! The eyes have it

Forget fingerprints, Kenya wants to capture the iris patterns, voice waves and DNA of its citizens

Hark, hark, the drones do bark

New drones made specifically for farmers in New Zealand are herding livestock, with sound effects

Sharks cannot afford this load-shedding among the forwards

There's a lack of physicality among SA Super Rugby teams, but the Sharks have a window to turn things around

Blast from the past: SA land knockout blow in World Cup