Fall of construction giant Group 5 ‘is the government’s fault’

Rands or guns? Who cares? Whatever gets the job done

When you think about it, maybe Mbeki was right about Zim – maybe silent diplomacy was the way to go

What the hang? Artist finds stolen work in auction

Rob Packham’s frantic WhatsApps to workmate after his wife died

He told his subordinate it was the worst day of his life, but reminded him not to forget about their fictitious meeting

SABC gets state lifeline, but long-term picture is bleak

It didn't meet all requirements for a government guarantee, will have to do some work before it gets the entire R6.8bn

Quest to return iPad that criss-crossed the globe

Forget-me-nots: how I dementia-proofed my life

After her diagnosis she faced a life of adapting, so this author set about finding ways to overcome her new challenges

You can’t grow without the flow: the secrets to being the best

Only when you master something that's aligned to your values will you reach creativity, happiness and wellbeing

The junk your smartphone is feeding you is rotting your brain

TAKING SHOTS OF THE SHOOTS A woman holds her phone amid flowers at the South China Botanical Garden in Guangzhou.
Image: Liang Weipei/Southern Metropolis Daily via Reuters

A three-year-old child was found safe in a vehicle reported by his parent as hijacked, according to the Johannesburg Metro Police Department. JMPD officers responded on Tuesday after receiving an alert about a hijacked Toyota Corolla with the caller's three-year-old son in it, metro police chief David Tembe said on Twitter. "The vehicle was found abandoned between Ennerdale and Finetown in the south of Joburg with the boy still in the vehicle and no suspects in sight," said Tembe. ER24 spokesperson Russel Meiring said its paramedics were dispatched at 9.45am to the Grasmere area after local authorities found an abandoned vehicle on a dirt road. The child was uninjured but " visibly shaken".

Fears for safety of SA doctor missing in Syria

Fears are mounting for the safety of an SA doctor missing in Syria. Attorney Yousha Tayob said they had received information that Dr Feroze Ganchi, 48, from Durban, may have been caught up in an airstrike at a refugee camp where he was working. Department of international relations and co-operation spokesperson Ndivhuwo Mabaya said on Tuesday: “We know the matter from media and friends who called us. Only when somebody has presented themselves to our mission in Syria will we have confirmed facts, but we are aware of this matter.” Rapport reported on Sunday that Feroze was missing. He and his wife Saffiya have been in Syria for three years. Feroze sometimes travelled under a pseudonym.

A former Bryanston High School sport coach accused of sexually harassing three pupils appeared briefly in the Alexandra Magistrate’s Court on Tuesday before his case was postponed until April 15 for further investigation. The postponement was to give the state a chance to obtain statements from three potential witnesses. He cannot be named until he has pleaded. The man, aged 33, was dismissed by the school on March 1 after being found guilty of sexually harassing three pupils. The school governing body said the coach sat before a three-member disciplinary panel over the allegations. He was found guilty on all counts covering sexual harassment and financial mismanagement. The man first appeared in court in January.

Part of the Duvha Combined School in Witbank has gone up in smoke following a suspected arson attack, the Mpumalanga education department said on Tuesday. Spokesperson Jasper Zwane said the administration block of the school was torched on Monday night. "The storeroom caught fire, which affected the office of the principal and a number of other offices," he said. A case of arson had been opened. Zwane was confident that the fire would not disrupt ongoing exams. The school was already in the spotlight after a video of a fight - which occurred on January 30 - went viral. Earlier on Tuesday, the department announced the expulsion of two Grade 9 pupils who were recorded beating a Grade 8 pupil.

One of the two men swept off a bridge during a flash flood in Verulam, north of Durban, on Sunday has been found alive. The man, said Reaction Unit SA, is believed to have clung on to vegetation and eventually managed to pull himself out of the raging river. The heavy current swept the second man down the river and his body was recovered by rescuers late on Monday near the Hazelmere Dam, about 1km from where he was swept off the bridge. Parts of KwaZulu-Natal, particularly areas north of Durban including KwaMashu and Verulam, were badly hit by flash floods.

The case against the 24-year-old woman accused of killing her four children in December was postponed on Tuesday. Zinhle Maditla's court appearance was moved to April 4 in the Witbank Magistrate's Court because some of her psychiatric reports were still outstanding. Maditla, from Klarinet in Witbank, had been examined by several psychiatrists to establish her mental wellbeing following her implication in the gruesome murder of her children. Maditla's children, aged between 11 months and eight years, were laid to rest in her absence in January, days after they were found dead from an apparent poisoning in December. According to the police, the corpses had already begun decomposing when they were found on December 30.

A video of a man falling off the back of a Hyundai bakkie in Durban has been doing the rounds on social media. 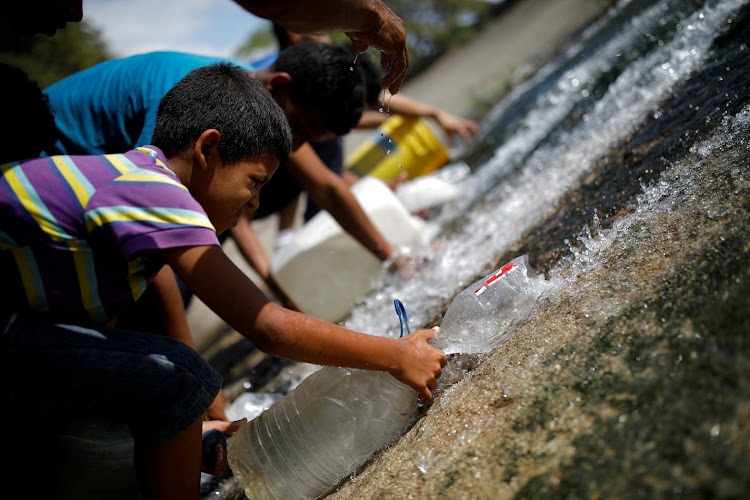 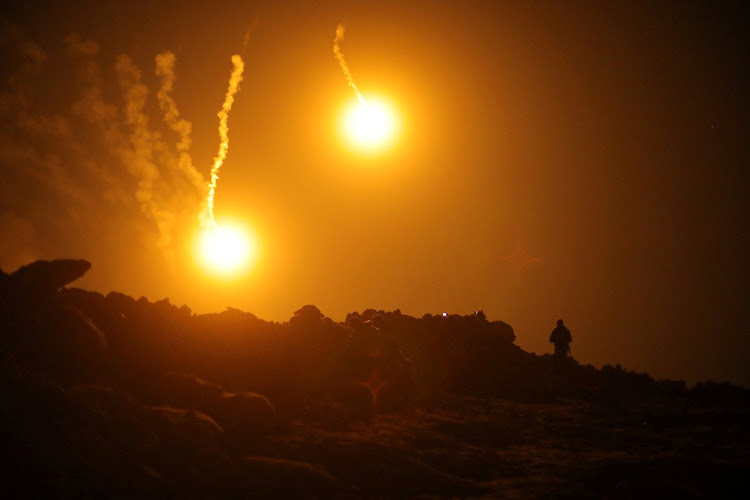 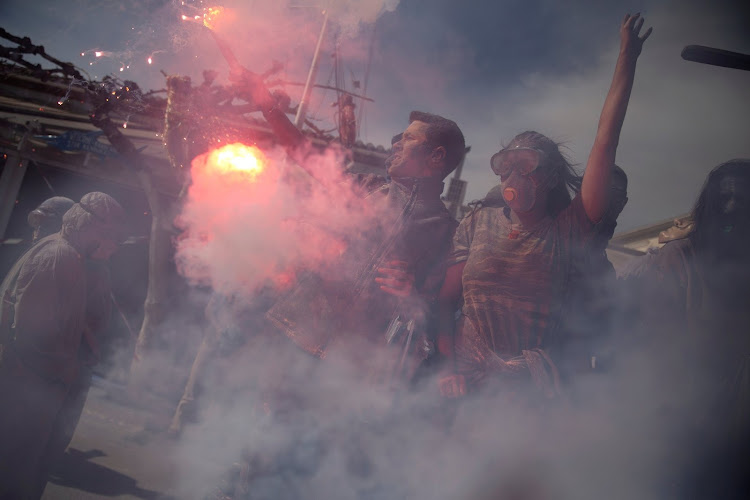 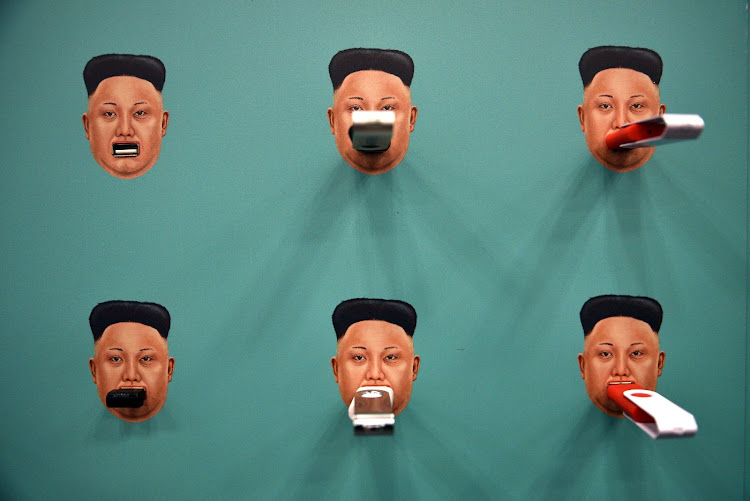 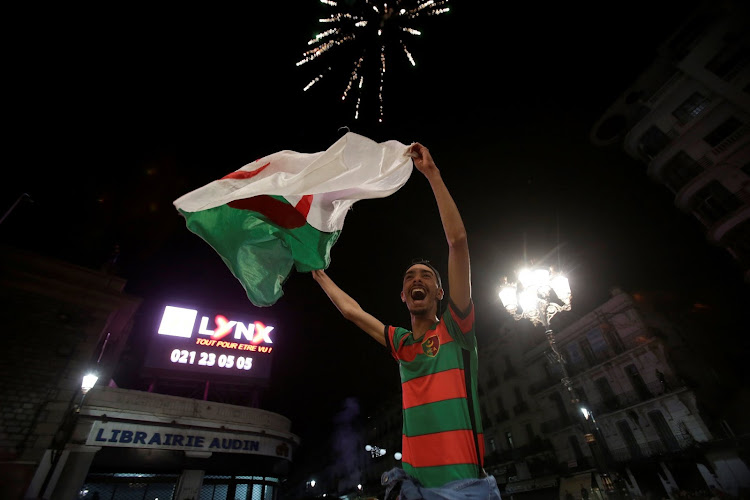 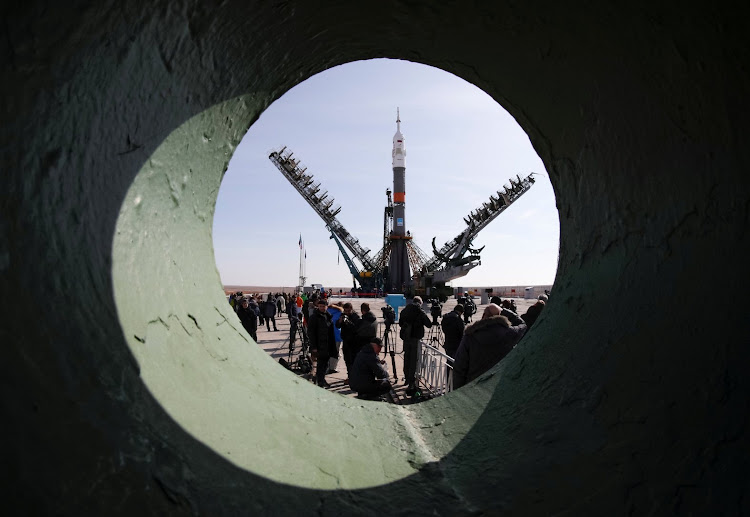 A bone to pick: Fury at fossil pioneer’s lesbian storyline

The film starring Kate Winslet will depict Mary Anning's affair with a woman, but her family is not happy

Take that advice on sodium intake with a pinch of salt

The current consumption recommendation is too low, not only as an achievable target, but also as a health outcome

Rowan Atkinson ‘wouldn’t let anyone else be funny on Blackadder’

The funnyman's insecurities drove him to ensure nobody was as funny as he was, a co-star reveals

Iceberg break-offs send a Chile down the spine

Two new icebergs have broken off the Grey Glacier in Chile’s Patagonia in recent weeks, amid fears that such ruptures are becoming more frequent. Scientists link the increased frequency of breaks to rising temperatures. – Reuters

Thai police arrested a Jordanian man who confessed to murdering his one-year-old son by strapping the child into a stroller and pushing him into the Gulf of Thailand. The infanticide occurred in Pattaya while the 52-year-old man was holidaying with his wife and one-year-old son. The body was found by fishermen off a pier. – AFP

Macron, recall that country with the genocide?

Rwanda, which has accused France of complicity in the 1994 genocide, has invited President Emmanuel Macron for the 25th anniversary of the massacre. If he accepts, he will become only the second French president to visit the country since the genocide. Paris has consistently denied any involvement. – AFP

An album produced entirely with artificial intelligence recently came out. ‘I Am AI’ by American Taryn Southern was made using Amper, AI music composition software. Amper is one of a dozen startups using AI to make music. Its co-founder says it won’t replace human composers, but rather it will work with them to reach their goal. – AFP

Mammoth cells come to life by a hair’s breadth

Japanese scientists have coaxed 28,000-year-old cells from a frozen mammoth back to life. The project took cell nuclei from a well-preserved mammoth and put them into mouse egg cells. Five of the cells displayed the reactions that happen just before cell division begins, but none produced the actual division needed for a rebirth. – AFP

Two former policemen were arrested in Rio de Janeiro in connection with the March 2018 murder of local councilwoman Marielle Franco and her driver. Franco, an activist for human rights and women’s causes, was a rising star in the Socialism and Liberty Party. – Reuters

Squeezed economy has caused occupancy levels to drop, but any recovery will see a swift uptick in fortunes

Pepkor: It looked all hunky dory ... till the skeleton rattled

Risk is everywhere. There are no safe havens and especially not in the UK, as Famous Brands has learnt

No stodge, no blah: How to make pancakes sexy again

I’m a celebrity, feed me!

From a ‘Real Housewife’ to a fashion designer, here are some cooking tips from your favourite local celebs

Marrakesh: Cool enough for Yves Saint Laurent, cool for us

The oasis-like secret gardens in smoking hot Morocco, second home to the stylish set since the 1960s

Craig Smith: Nothing really matters, anyone can see

Artist talks about getting away from figures and his ego, instead ‘enjoying fiddling around with the abstract’

SPORTS DAY: Hendricks in as Amla pulls out of ODI squad

Blast from the past: Mokoena has to make do with silver