SA is so used to crime, we don’t even expect it to be punished

After 10 years of freedom, fraudster insists he's still very ill, and his doctor stands by his original diagnosis

ANALYSIS: What the EFF?! Gordhan fights being grilled by Moyane

When AfriForum talks about ‘merit’ in sport, it means ‘whites’

Dual-SIM phones come with only one slot. Why?

MTN and Vodacom deliberately sell dual-SIM devices with one slot disabled. We asked them for the reason

How I was cured of addiction, cancer and HIV

The 'Berlin patient' tells us why he celebrates four birthdays. And why many HIV people don't want to be cured

Eight-year-old's letter to Cyril touches his heart, and when they met she had some questions for our number-one citizen

New light on the murky murder of Estina whistleblower

Kwaai, the beloved country: There are reasons to be cheerful

There are many reasons Saffers are unhappy, but the world's top happiness expert has some tips for contentment

Why abandoning my children was the best thing I ever did

She went to the shops and never returned. Here, a mom explains why her family were better off without her

Paedophile ‘masterclass’: How Jacko groomed the boys’ mothers too

As shocking sex abuse claims against the star emerge, experts reveal that exploitation often begins with the family

Germany’s other, hidden shame: the babies the communists stole

little star Caelyn Kempgen, 9, poses for a selfie with her mother at Montecasino after having her hair spray-painted in her favourite colours during the Cansa Shavathon to show solidarity with those affected by cancer.
Image: Sebabatso Mosamo

Crashed airliner had flown from Joburg

The Ethiopian Airlines plane that crashed on Sunday — killing everyone on board — had been piloted only hours before from Johannesburg to Addis Ababa‚ the airline disclosed. A total of 149 passengers and eight crew members were on board the flight. The victims were of 35 nationalities — with Kenya and Canada suffering the biggest casualties by nationality. No South Africans were on board.

Zimbabwe - described as one of SA's top trading partners on the continent - will host a meeting between presidents Cyril Ramaphosa and Emmerson Mnangagwa on Tuesday. The SA president's office said Ramaphosa will travel to Harare to co-chair the third session of the Bi-National Commission, following a meeting between senior officials from both countries last week. The two countries conduct their bilateral relations through the Bi-National Commission, established in 2015. Both heads of state will review progress made with the implementation of the 45 bilateral agreements signed so far spanning trade and investment, health, labour, migration, defence, taxation, tourism, water and environment.

SA may soon turn to drones to help it to protect its porous borders from illegal immigrants. Defence minister Nosiviwe Mapisa-Nqakula said on Sunday the country could consider using the unmanned aerial vehicles in an effort to keep the country's borders safe. She was speaking to the media at the ANC headquarters as part of the party's manifesto briefing on peace and stability. Mapisa-Nqakula said the SA government was always quizzed about whether it had enough personnel to deploy to the borders, but it was now time to innovate. "We have reached a point where we believe we should not be moaning about the number of companies (military units), the numbers of warm bodies, you have on the borderline. "We should now ... look at innovative ways, look at technology. For instance, SA is a big producer of unmanned aerial vehicles and we are now looking into that," said Mapisa-Nqakula.

The Empangeni regional court has sentenced a rapist to life imprisonment after raping a three-year-old girl outside her homestead. In December 2015, the girl was playing with friends when neighbour Velenkosini Myeni, 32, called her over to walk with him into the bushes. "While he was raping her in the bushes, a 15-year-old boy who was coming from the grazing veld heard the child screaming in the bushes. "He went towards the screaming direction to investigate and found the suspect allegedly raping the child. He immediately called his elders who came for assistance," KwaZulu-Natal police spokesperson Lt-Col Thulani Zwane said. The suspect was caught and handed over to the police.

Limpopo police are on the hunt for a group of armed suspects who attacked, robbed and kidnapped a local businessman in Polokwane on Saturday night. "It is alleged that on Saturday at about 9.30pm, the businessman was at his home with his employees when unknown suspects emerged, pointed firearms at them and ordered them to lie down," police spokesperson Colonel Moatshe Ngoepe said. "During the process, the suspects robbed the victims of their cellphones, forced the owner inside his Porsche and drove away, leaving behind the employees. The car was later found abandoned near Ivy Park suburb within the city of Polokwane." The victim is still missing.

The Eshowe Regional Court has sentenced a 25-year-old man to life imprisonment for raping his 33-year-old mentally handicapped cousin. KwaZulu-Natal police spokesperson Lieutenent-Colonel Thulani Zwane said the mentally handicapped man was at home in Gingindlovu on New Year's Day when the suspect raped him at about 4am. "The two brothers of the victim who came from enjoying themselves for the New Year's Day, noticed that the door of a rondavel where their brother was sleeping was not properly closed and they became suspicious," Zwane said. "They went inside and caught the suspect and the victim half-naked." A rape case was opened at the Gingindlovu police station after the suspect confessed.

An Ethiopian Airlines Boeing 737 passenger jet to Nairobi crashed early on Sunday, killing all 149 passengers and eight crew members on board. 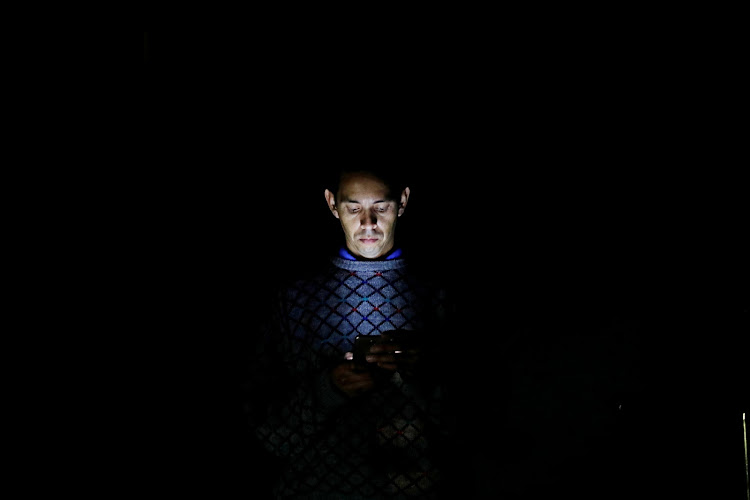 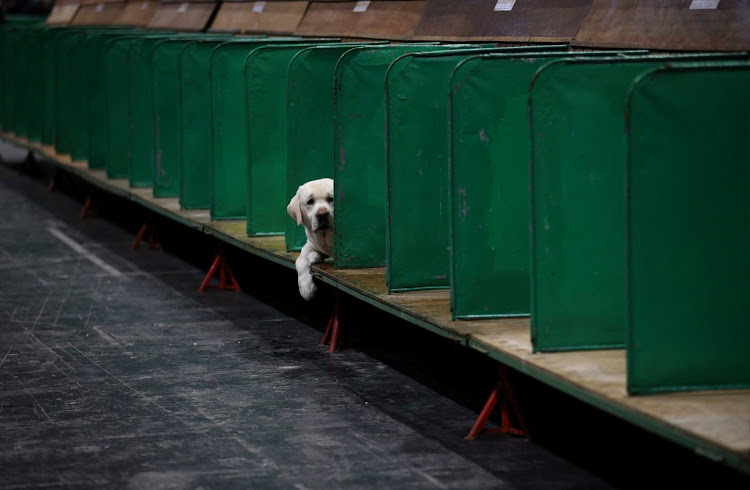 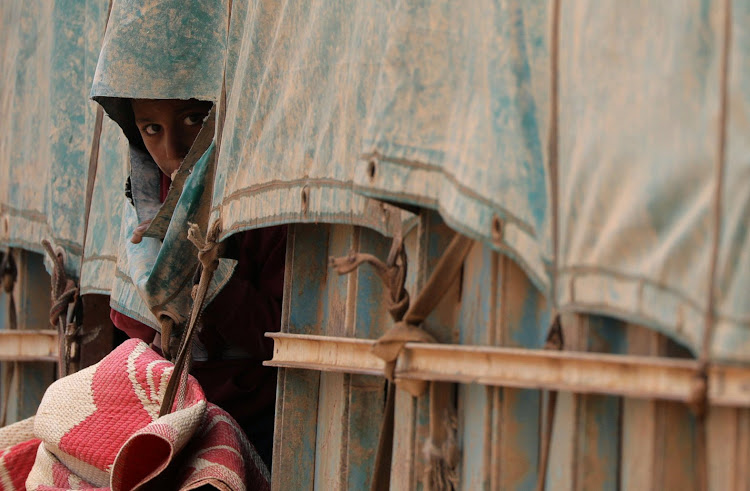 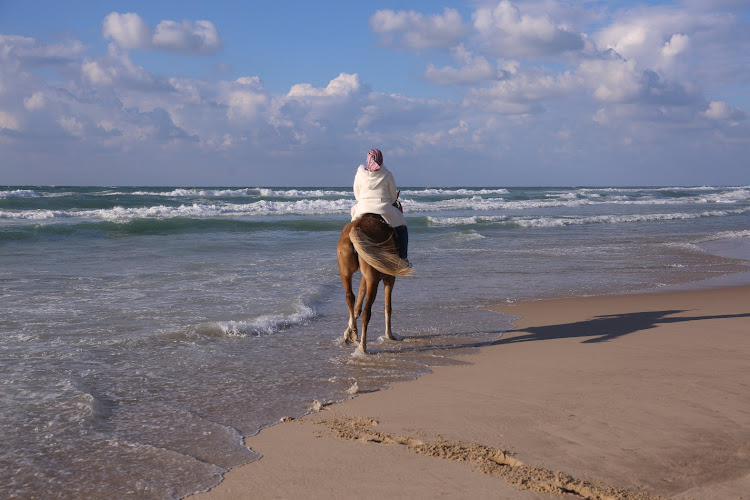 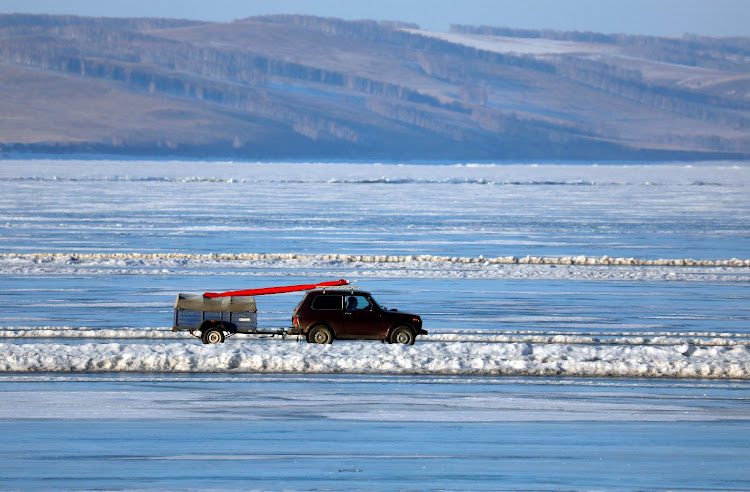 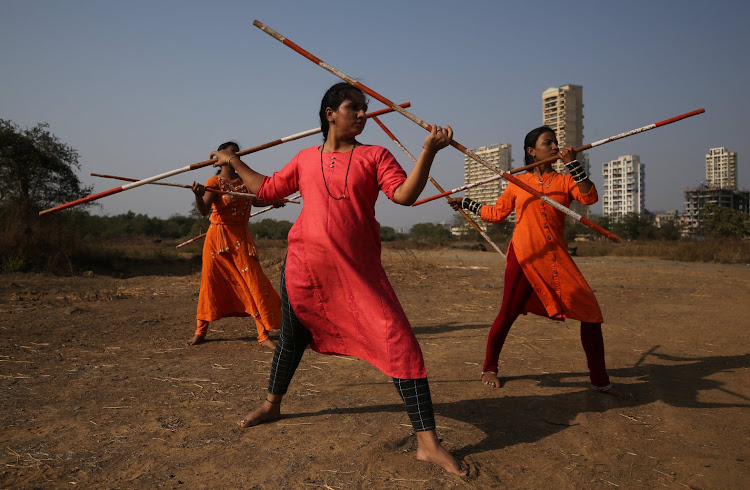 Write on the money: robo-journalists are taking over newsrooms

There's no threat to humans' jobs, say the experts ... for now

AI has a sexism bug, and these women aim to fix it

What’s the use of living longer if we all turn into zombies?

A ‘treasured’ episode of ‘The Simpsons’ featuring the voice of Michael Jackson is to be removed from TV in response to the ‘Leaving Neverland’ documentary. The show’s executive producer said the episode could no longer remain in circulation in light of the ‘monstrous behaviour’ described in the film. In the 1991 episode titled ‘Stark Raving Dad’, Homer is admitted to a mental hospital and Jackson voices the character of a patient who believes he is a pop star. At the time, his involvement in the episode was a secret, and was only confirmed years later. - The Daily Telegraph

Things take a dive in Melbourne

Strapped to homemade flying devices shaped as gliders and even houses, competitors jumped into a river in Melbourne’s Yarra River on Sunday as part of a quirky annual competition for charity. The Birdman Rally sees participants jump off a four-metre platform with homemade gliders. While the goal is to stay in the air for as long as possible, contestants are also judged on their costumes, pre-jump performances and how much they have raised for their nominated charity. This year’s winner, Mark Rees, jumped seven metres. - AFP

That was some Berry, Berry bad Italian

TV chef Mary Berry has angered Italian chefs, who have instructed her to learn the language properly and accused her of being ‘cringey’ after she pronounced ‘espresso’ as ‘expresso’ in her new series. Staging a cookery demonstration on a Roman rooftop, she makes individual tiramisu pots, explaining as she pours in the coffee: ‘I just used instant. You could use expresso.’ Celebrity chef Aldo Zilli said this pronunciation is ‘the most annoying thing. We don't pronounce bangers and mash wrong, we don’t pronounce roast beef wrong. British chefs, people in general always pronounce it wrong.’ – The Daily Telegraph

Suspicious ‘bot-like’ Twitter accounts and handles linked to Russian conspiracy theories have been ‘obsessively’ tweeting about the Duchess of Sussex, an investigation has found. Analysis of accounts interconnected into a ‘Meghan Markle’ Twitter community found around 1,000 ‘highly connected’ accounts that have tweeted more than 2,5 million times since September. - The Daily Telegraph

Why you should buckle up when told to

Severe turbulence injured 30 people aboard a Turkish Airlines flight from Istanbul that landed safely at New York’s Kennedy International Airport on Saturday afternoon. Most of the people suffered minor injuries, including bumps, bruises and cuts. One suffered a broken leg. The airliner encountered the turbulence about 45 minutes before landing at JFK. – The Daily Telegraph

Turkish President Tayyip Erdogan on Sunday accused a women's march in Istanbul on Friday of disrespecting Islam by booing the Islamic call to prayer. Several thousand women had gathered for the march to celebrate International Women's Day but police fired tear gas to disperse them. In an election rally on Sunday, Erdogan showed a video taken during the protest, showing women chanting while a nearby mosque was reciting the call to prayer. ‘They disrepected the Azan (call to prayer) by slogans, booing and whistling,’ he said. Women who took part in the march said on Twitter the chanting and whistling was part of the demonstration and was not aimed at the call to prayer. - Reuters
PASSAGE THROUGH EL PASO Central America migrants cross the Mexican border and enter El Paso, Texas.
Image: Reuters/Jose Luis Gonzalez

Private or bust: the state must keeps its mitts off power generation

Increase in borrowings, in particular, scared investors, although this has peaked, the company says

The worst idea ever: Trump’s trade war is a non-starter

Even if you measure their success by the president's favoured metric, the tariff hikes have backfired

The fast route to better health

Fasting for as few as 16 hours can improve health, repair molecular damage and counteract disease

Hit, stand, or Fold? If you’ve got the folding stuff, go for it

Willing to gamble about R36,000 on Samsung’s new Fold? If not, there are less eye-watering Galaxy models

If the fat or fags don’t get you, loneliness will - but tech heart

Is technology the solution to the deadly loneliness epidemic? Companion robots could well be the answer

Easy does it, old toppies, the gogglebox will rot your brain

The Solskjaer effect will be a game changer when hiring coaches

Manchester United have proven the benefits of giving former players top managerial jobs, and it might catch on

Blasts from the past: Lara brushes SA aside in World Cup