Parents’ dislike of black teachers is a disgrace. Minds need to open, now

Compulsory rehab or a criminal record - which is better for kids?

Momo is a hoax, but you should still wise up, Mama

Cyberbully game has been exposed, but that doesn't change the fact that 'terrible humans are online preying on children'

Cops lashed for slamming mom and twins in cell

Damages for police misconduct runs into the billions. What has gone wrong?

‘This hurts’: Coligny dad’s heartache over sentences for son’s killers

His own funds exhausted, SA farmer is forced to sell his rhinos, which will almost certainly end up being legally shot

From Dubai to Cape Town, this cat’s got a mew lease on life

Stupid is as stupid does: why clever people do dumb things

As studies suggest intelligence can hold you back, check out this 'cognitive toolkit' to help you make wiser decisions

Smooth criminals: why the music industry turns a blind eye to sex abuse

Trans activists have won the war, but not the hearts and minds

Navratilova may want a debate on the matter, but she's not going to get one. Here's why

The South African National Editors' Forum (Sanef) has defended senior journalist and TV host Karima Brown after EFF supporters sent her threatening messages. The attacks on Brown started on Tuesday night after EFF leader Julius Malema posted Brown's contact number on his Twitter timeline. Brown mistakenly posted a brief for her eNCA colleagues to the EFF media WhatsApp group. Malema posted a screengrab of the message on Twitter, with her number clearly visible. Brown complained that this resulted in her receiving threatening messages. According to Sanef, Brown received a “barrage of insults against her – calling her, among other derogatory names, 'an Indian whore and bitch', and levelling insults, threatening her life”. "We call on the EFF leadership to stop with this vicious attack on the media and allow journalists to do their work without fear and intimidation,” said Sanef. Malema said he would not apologise because Brown "is not a journalist, she is not an editor and she is not an assignment editor" – and accused her of working for state security.

Police and emergency workers were at the scene of a shooting in Montclair, south of Durban, on Wednesday where five people have died. Police spokesperson Lieutenant-Colonel Thulani Zwane said paramedics and police were called to the house, where a Durban magistrate lives with her court-interpreter husband and three children. "Five people are dead - a husband, wife and three children," said Zwane. "We are unable to confirm their ages at this stage. A firearm was found on the scene, but we are not sure who is the owner."

After settling his long-overdue fine for insulting two senior ANC leaders, former president Jacob Zuma’s controversial son, Edward, is now facing a lawsuit for unpaid legal fees from the lawyers who represented him during his hate speech case in the Durban Equality Court. Zuma has been slapped with a R45,662 lawsuit by SP Mncwango and Company, the Durban firm that represented him in that case. The summons was issued on February 28. The lawyers said they were instructed by Zuma to defend him after the SA Human Rights Commission asked the Equality Court to find him guilty of hate speech. He was ultimately ordered to pay a fine of R60,000 to a suitable non-governmental organisation. But his lawyers said in the summons he had failed to pay the legal fees. Zuma could not be reached for comment.

A 33-year-old taxi driver, who fled the scene of a deadly crash on Wednesday, was arrested at the KwaMashu police station in Durban. The man was the driver of a minibus taxi that ploughed into four schoolgirls in Newlands East on Wednesday morning. He was arrested on three counts of culpable homicide, said police spokesperson Lieutenant-Colonel Thulani Zwane. He was expected to appear in court soon. The girls were on their way to Newlands East Secondary School when the taxi driver allegedly went through a red traffic light and ploughed into them. The vehicle dragged the girls for several metres before it came to a stop. The driver then fled. Three of the girls died on the scene and the fourth is in a critical condition.

‘One Man’ gets life from beyond the grave

Serial criminal Innocent Lungisani Mdlolo will serve four life sentences and 240 years in prison, in accordance with an order written by a judge who has since died. Nicknamed "One Man", Mdlolo rampaged through the Klipspruit, Soweto, where he accosted people in their cars and homes between July and December 2012. He committed at least three rapes and a murder in that time. Mdlolo was found guilty on October 26 2014 on multiple charges. He escaped on December 2 2014, the day he was to be sentenced by Judge George Maluleke, who died in 2017. Before Maluleke died he prepared a written judgment on sentence. Mdlolo was rearrested in November 2018. He was sentenced to life by the South Gauteng High Court for each of the three rapes, life for the murder, 15 years each for housebreaking, 15 years each for the counts of aggravated robbery, and 15 years each for unlawful possession of a firearm and ammunition. The sentences will run concurrently.

An Eastern Cape school principal and his head of department have been suspended after allegedly admitting to destroying the examination papers of five pupils in 2018. The education department said the two had told them they destroyed the papers to punish the pupils for bunking extra classes in preparation for the final exams. The school, which is in Port St Johns, is not being named because that would directly name the principal, who could not be contacted on Tuesday. The pupils were in Grade 12 and the papers were for technical science. The incident came to light after markers picked up that the names of the affected pupils had been scratched off the register. Upon investigation it transpired that the parcel containing the scripts had the number (of the scripts) changed from 31 to 26, provincial department of education superintendent-general Temba Kojana said. He said the conduct of the teachers was unacceptable.
CHEEKY FLAMES Balinese Hindu worshipper carries an offering during a ritual before the holy day of Nyepi in Jakarta, Indonesia.
Image: Reuters/Willy Kurniawan 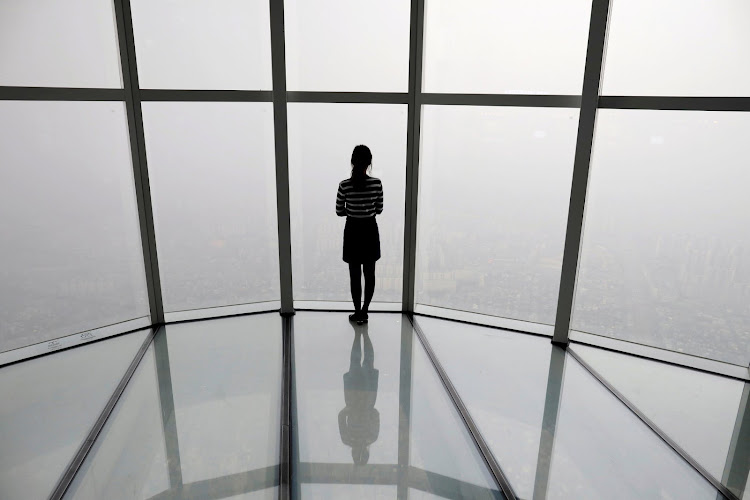 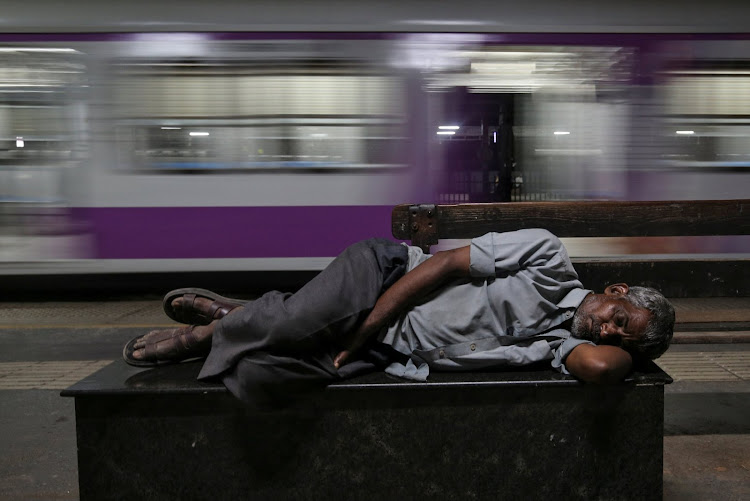 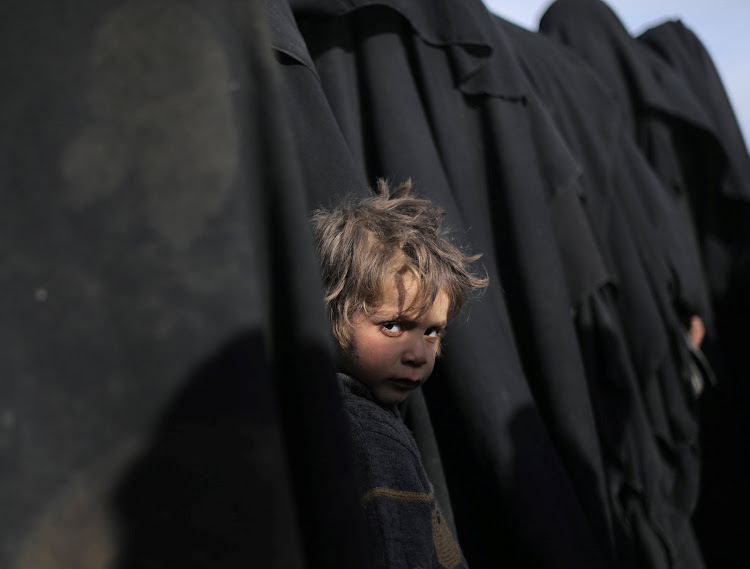 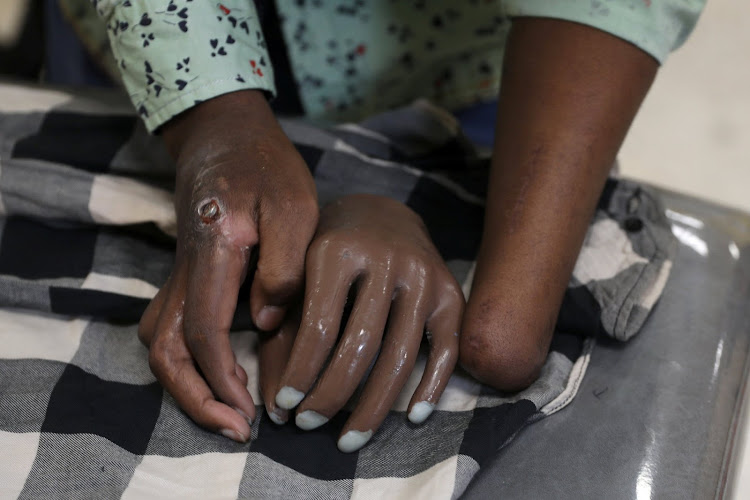 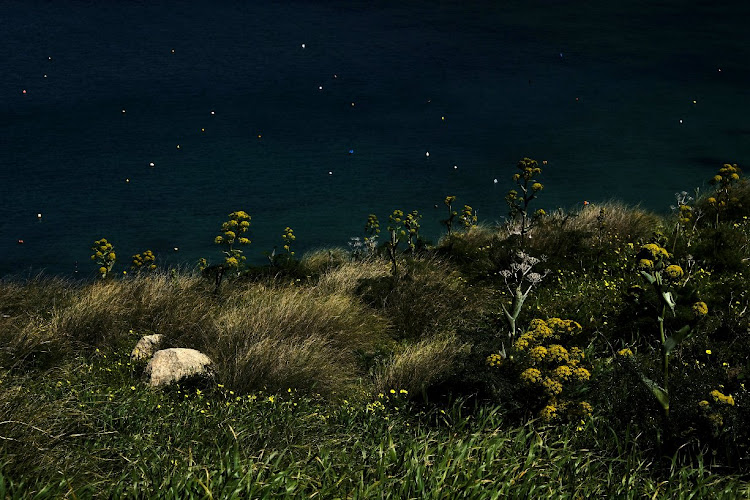 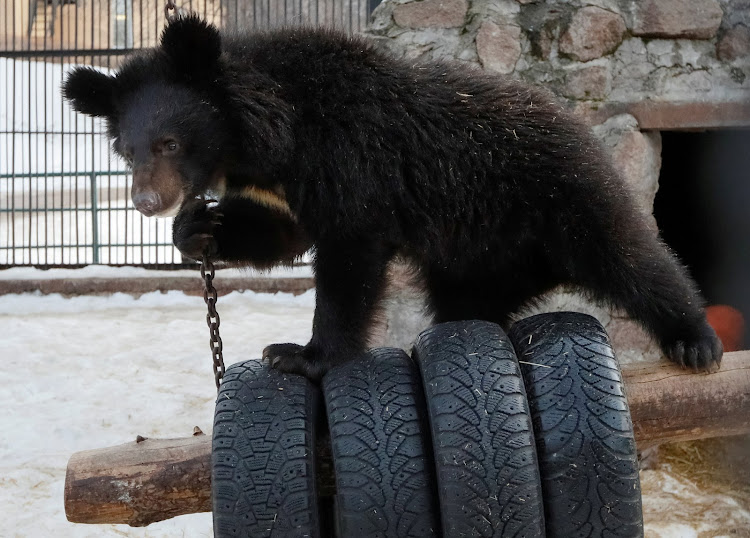 Nigeria’s left turn leads to Venezuela. Will it get there?

Dogged dingo gets a lift: turns out it’s a species in its own right

The contentious animal differs in many ways from domestic and feral dogs, Aussie researchers insist

The Netflix movie has impressed just about everyone, but Malawians are not happy

Jamaica? No, she wanted to do it

Cory Booker has reintroduced his US Senate bill to legalise marijuana at the federal level. Beto O’Rourke called for expunging the records of those arrested for possession of the drug. Kamala Harris admitted she had smoked pot — and inhaled. When it comes to legalising marijuana, many 2020 Democratic presidential contenders are eager to show they are cool with cannabis. Harris joked recently about smoking pot, telling a New York radio show that ‘I inhaled,’ and adding: ‘Half of my family’s from Jamaica. Are you kidding me?’ — Reuters

Perhaps he wasn’t quite the academic Don

A military academy that Donald Trump attended as a teenager concealed his academic records in 2011 in response to pressure from Trump allies. The New York Military Academy came under such pressure after Trump challenged then president Barack Obama to release his own academic records, with Trump saying he was surprised such a ‘terrible student’ got into Ivy League Schools. Evan Jones, the headmaster at the time, said the superintendent ‘came to me in a panic because he had been accosted by prominent, wealthy alumni of the school who were Mr Trump’s friends’ and wanted to keep his academic records secret. Trump has consistently boasted he was a superb student throughout his youth. — AFP

Not your belly you fret about in Delhi

India dominated a list of the world’s most polluted cities in 2018, taking 22 of the top 30 spots, according to a Greenpeace report. Air pollution is estimated to contribute to seven million premature deaths every year and is considered by the United Nations to be the single biggest environmental health risk. While Delhi was again named the capital with the dirtiest air, in 10th place, neighbouring business city Gurugram, which in 2016 changed its name from Gurgaon, took the not-so-coveted top spot. Bangladesh emerged as the most polluted country on average, closely followed by Pakistan and India, with Afghanistan and Mongolia also within the top 10. — AFP

Yes, fish get herpes — but not crabs

The sudden death last year of millions of Iraqi carp, used in the country’s signature dish, was caused by a strain of herpes harmless to humans, says the United Nations. Iraqi fish farmers were left reeling in late 2018 after piles of dead carp were found washed up on the banks of the Euphrates River or floating in their cages. The UN said a months-long international investigation had pinned down the slippery source: the Koi Herpes Virus. Flame-grilled carp seasoned with sauces made from onions and tomato and known as masgoof, is Iraq’s national delicacy. — AFP

Beijing’s propaganda apparatus is pumping up the volume for its annual parliament meeting. Chinese state media regularly rolls out clips targeted at foreign audiences during important political events, and this year’s production has again raised eyebrows. Xinhua, China’s official news agency, co-produced a rap video rich in rhymes which often appear incoherent. ‘I got elation from inspiration writing a compliment song for the nation while I’m talking about two sessions,’ raps Su Han, the hoodie-clad singer. ‘Monkey King to the West, legendary dragon to the sky, y’all know it’s time for Chinese miracle. Eject all the rapaciousness like shaking off nephrolithiasis. Longing the Hanging Gardens so we turn the entire space into oasis.’ — AFP

What d’ya want with that, Paddie?

Irish police have recovered the head of an 800-year-old mummified body known as the ‘Crusader’ after it was stolen from a Dublin crypt last weekend. The Crusader was given the title because he is believed to have perished during or shortly after participating in a campaign to capture the holy city of Jerusalem. St Michan’s church — founded in 1095 — is a popular tourist attraction in the Irish capital. According to local lore, during a visit to the vault author Bram Stoker found inspiration for his gothic vampire ‘Dracula’. — AFP
ELECTRIFIED Lightning strikes above Santa Barbara, California.
Image: Santa Barbara County Fire Department via Reuters

Is it viva Vivo, or should we wait to see if Engen pays off?

As of last week, the company behind the Shell brand now also has 230 Engen service stations outside SA

Retail may be rotten, but some malls are still smelling good

Attacq’s Mall of Africa at Waterfall City in Midrand stands out, but Sandton City and Eastgate aren’t bad

Sibanye strike: How many more need to die, Mantashe?

Crisis needs a little more than this shabby, halfhearted, almost disinterested response from the government

Fear and clothing: Channeling the blithe spirit of Chanel No 5

Nobody ever said Joburg is picture perfect, but that’s cool

Husband-and-wife design duo Dokter and Misses on disorder, decay and the themes behind their new show

SPORTS DAY: Take the Bull and run with it, says Pote

The tats, the hair, the attitude: Why fans give Jantjies stick

The Lions flyhalf has become SA rugby’s voodoo doll, yet he’s on the verge of 1,000 Super Rugby points

Blasts from the past: Silver Assassin ices Steve Gregory