The SA election troll armies go on the march unchecked

As the polls loom, disinformation peddlers will be working overtime, yet there are no safeguards to flag fake news

Coal call: how Eskom rushed through unlawful R659m to Guptas

It took just over an hour to shift R659m to the family, while staff were too fearful to speak out, Zondo hears

I am being demonised, says ex-spy boss Arthur Fraser

Drug ‘dealers’ on a high as charges go up in smoke

The group had been jailed for running a dagga lab, but after a long time before the courts they have been let off

He was abused by a junior pastor for years, and now has finally found the courage to speak out

Forget team-building. The office that games together stays together

Companies are spending thousands on team-building activities, when they could just buy an Xbox, new study suggests

Humans need to ‘reboot’ in the fourth industrial revolution

Thousands of execs are in Cape Town to talk science, technology, climate change and innovation

She sat on an ice throne to go with the floe … and she went, and went …

Its stance on the disaster in that country is sad and ironic, given the foreign involvement in its own freedom fight

Shock! Horror! Yawn ... so are the days of the SABC’s life

The 'Bold and the Beautiful' may be gone. but there will always be plenty of melodrama at the SABC

'Vagina Monologues' has at last reached ultra-conservative Myanmar, and has had a surprisingly eager reception

Jest a minute: how April Fool’s fun and trickery began

Durban musician Mandla "Mampintsha" Maphumulo has been granted R2,000 bail. Maphumulo appeared briefly in the Pinetown Magistrate's Court on Tuesday on charges relating to the alleged assault of his girlfriend, fellow musician Bongekile Simelane, better known as Babes Wodumo. Maphumulo turned himself in earlier in the day after a video of a man - believed to be the longtime boyfriend - was recorded live on her Instagram page during the early hours of Monday. In the video, a man can be seen assaulting the singer several times. Before the court appearance, his lawyer confirmed that Maphumulo had laid a counter-charge of assault with the police. In an unopposed bail application, Maphumulo was ordered to have no contact, directly or indirectly, with Simelane. The matter will be back in court on May 15.

The trial of the so-called Dros rapist will start on September 9 in the Pretoria High Court and is expected to finish on September 20. He is facing charges of rape, kidnapping, drug possession, assault and defeating the ends of justice. The man, who legally cannot be named until he has pleaded, briefly appeared in the Pretoria Magistrate’s Court on Tuesday. People in the gallery reportedly shouted at the man, accused of raping a seven-year-old girl at a Dros restaurant in Silverton, Pretoria, asking him to show his face. The man was declared fit to stand trial on February 8. He has been in custody since September 2018, when the incident allegedly happened.

The SA Democratic Teachers' Union (Sadtu) in KwaZulu-Natal has condemned the 10-year prison sentence imposed on a 17-year-old pupil for killing a North West teacher, saying it was too lenient to send a message to other criminals. Sadtu was reacting to the sentencing of the teenager on Thursday last week after he pleaded guilty to fatally stabbing Gadimang Mokolobate, 24, a maths teacher at Ramotshere Secondary School near Zeerust. The teenager became enraged after Mokolobate refused to give him a second plate of food in September 2018. Addressing the media in Durban on Tuesday, provincial secretary Noramarashiya Caluza said: "Sadtu strongly feels that the sentence … is too lenient to send a message to criminals." Caluza said Sadtu was troubled by the growing trend of crime and violence in places of learning, adding that schools had become "war zones".

Two men were under police guard in a KwaZulu-Natal hospital on Tuesday following a daring escape from the Umbumbulu Magistrate's Court. KZN police said three detainees overpowered a police officer and tried to flee at 8.45am. "Two detainees were apprehended while trying to jump the fence. The other managed to flee the scene in a getaway vehicle that was waiting outside the court," said Lieutenant-Colonel Thulani Zwane. Police officers from neighbouring stations responded and the vehicle was spotted in Umlazi, in the Bhekithemba area, and a shootout ensued. "No injuries were sustained by police officers. The suspect and his accomplice sustained injuries and were taken to hospital where they are under police guard," Zwane said.

Dead judge’s sentence to be handed to killer

The High Court in Johannesburg will on Wednesday pass sentence on a man who escaped prison in December 2014 just as the court was due to sentence him for a litany of crimes he committed in Soweto during July and December 2012. The judge at the time has since died, but had prepared a detailed judgment. Innocent Lungisani Mdlolo, who terrorised a community in Soweto, was found guilty of murder, rape and armed robbery in 2014. He escaped from the Palm Ridge Magistrate's Court on December 2 2014 after Judge John Maluleka found him guilty. Maluleka died in August 2017. When Mdlolo appears in court again on Wednesday, a new judge will read the prepared judgment. Mdlolo was arrested in December 2018, together with seven other people, in connection with cash-in-transit heists in Katlehong and Meyerton in Gauteng.

The Gauteng education department said it would leave no stone unturned after a Soweto Grade 8 pupil was allegedly raped by three classmates during an orientation camp in Vereeniging at the weekend. MEC Panyaza Lesufi said he was heartbroken and embarrassed after hearing the news. The pupils are aged 13 and 14. Lesufi visited the school on Tuesday. Social workers were also sent to the school. Lesufi said: "I want to make something clear, you touch a girl child wrongly, you leave the school. The same applies to boys.” Lesufi said the pupils involved had been suspended after an emergency meeting was held by the school's governing body on Monday. He said the rape allegedly occurred after the girl went to the boys’ chalet with the intention of speaking to one of them and collecting something to smoke. Teachers who were at the camp told Lesufi that two of the three boys admitted their involvement.
ANGRY PEOPLE FROM ALL WALKS OF LIFE One of the caskets of victims of anti-government protests in Port-au-Prince, Haiti.
Image: Reuters/Jeanty Junior Augustin 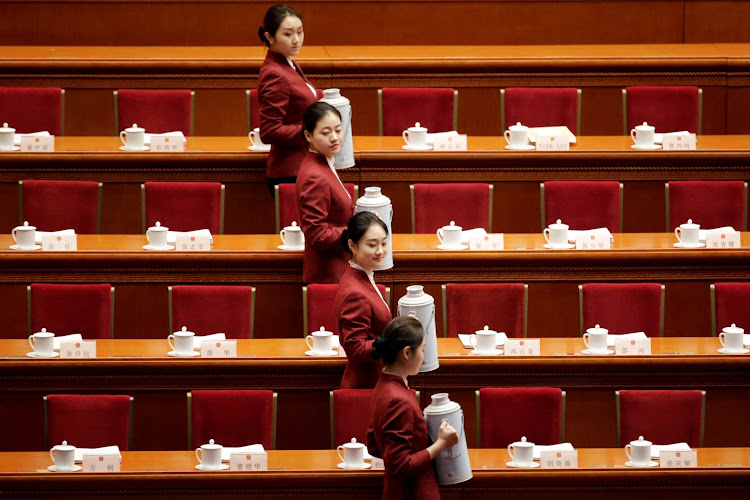 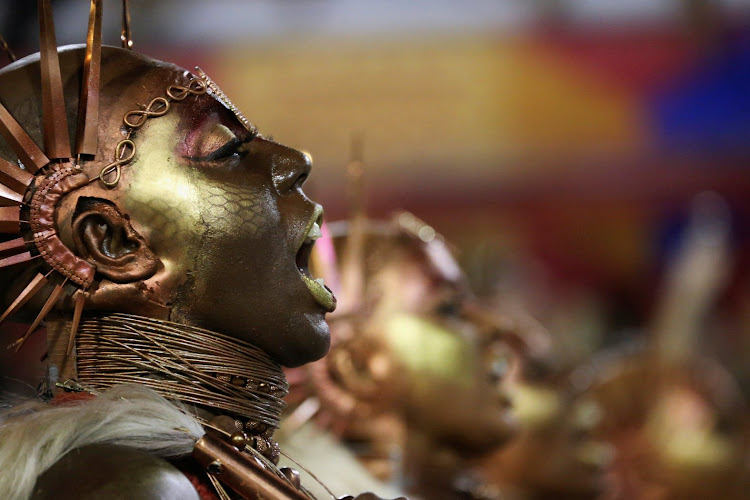 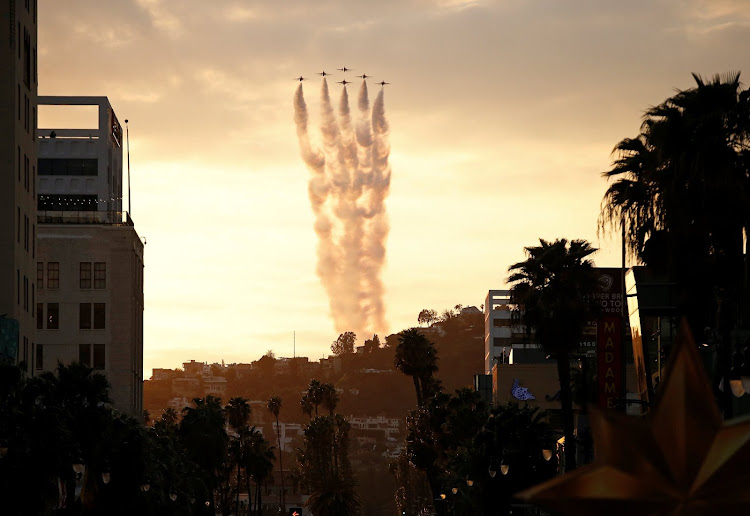 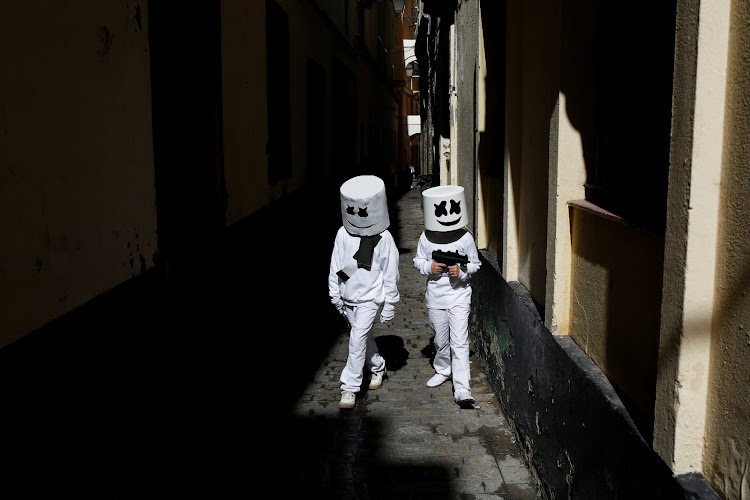 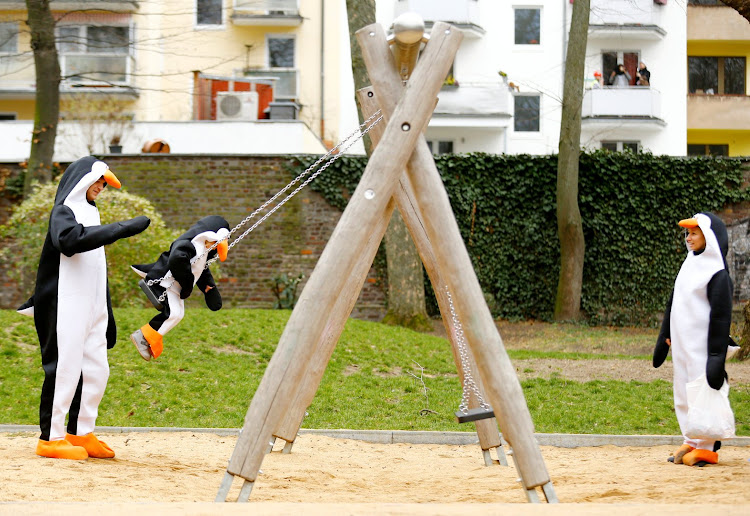 Anti-Semitism witch-hunt? Or is Corbyn’s Labour just tearing itself apart?

Everyone is pointing fingers about what's gone wrong. They all agree, though, that the problems started with Corbyn

‘Appalling depravity’: Inside the sick paedophilic world of Michael Jackson

He was raping those children night after night, says the director of a shocking new documentary

Breaking the cycle: Women need protection against the pill

The question now is: should the pill be left behind for better alternatives?

What sound should an electric car make? It’s a serious question

As India PM Narendra Modi seeks a second term in the upcoming elections, saris with his face on them have been flying off the shelves. Modi masks and saris with images of the 68-year-old nationalist are a common sight at his rallies. – AFP

Sri Lanka is done with the crap

Sri Lanka has allocated money to build toilets in more a quarter million homes Tuesday to flush out ‘open defecation’ within a year. Finance minister Mangala Samaraweera told parliament the government would spend $22m on more than 260,000 private homes. – AFP

Nigeria’s politics, including the recent election, is inspiring its movie directors, who are convinced they have hit gold. The recent election had charges of vote-card fiddling, armoured cars filled with cash delivered to politicians, and even arrests of opponents by the secret police. ‘I can do 100 movies based on Nigerian politics,’ said director Ike Nnaebue. – AFP

You can’t make this up: Virgin Atlantic chills out

Virgin Atlantic’s female cabin crew are to be allowed to work without makeup. The changes come after feedback from employees, and as some of the airline’s newer competitors are scrapping traditional uniform rules. Several airlines still require female cabin crew members to wear makeup while working. – Reuters

TV presenter writes back to the president: I resign!

An Algerian state TV presenter resigned because she was angry that she had to broadcast parts of a letter by President Abdelaziz Bouteflika, her colleague said. Nadia Madassi read extracts from the letter, in which the president vowed his bid for a fifth term would be his last due to widespread protests against his rule. – AFP

Men across India, stirred into patriotism by an air force pilot shot down in a battle with Pakistan, are copying the facial hair of their new hero. The pilot, Abhinandan Varthaman, crash-landed in Pakistan-controlled territory on Wednesday. He was released Friday. Barbers said they had received requests for the pilot’s facial hair. – Reuters
SCORING A BIRDIE Peregrine Falcons mate above the Hudson River in Alpine, New Jersey.
Image: Reuters/Mike Segar

Experts: How SA can stop scaring foreign money away

While the president has signalled great intent, that will only take SA so far – we need highly visible execution

Wow, this consumer spending strike is really starting to hurt

Choppies shareholders ought to be calling for a few heads

Mussel power: There’s no harm in it (even for vegans)

Their growth and harvesting cause the least cruelty to other sentient beings of any food we eat, including vegetables

Viral influencer: Oh how we laughed when it went wrong

The hazards of going for the #perfect pic on Instagram

Out because money talks, and pounds talk louder than rands

Blasts from the past: Doug Watson inspires all-gold SA