Dr David Grieve stands accused of fleecing patients, but he has dodged a hearing with HPCSA  – for now

Babes outcry: yes, you can open a case on behalf of a victim of abuse

Police say third parties are entitled to open a case, but without the victim's co-operation conviction is unlikely

He has more than 1,000 church members, and he makes sure they all know exactly how their tithes are spent

Suite for my sweet: this hotel room has all-you-can-eat ice cream

His unusual project is winning fans everywhere, but he insists he won't turn it into a commercial venture

His one-in-a-million condition was so bad he couldn't go to school. Then he was taken to the right doctors

Prophets in pulpits and in politics will not be ...

Motorists will need to fork out an additional 74c/l from Wednesday, as the rising oil price offset a stronger rand against the dollar in February. The inland price for a litre of 95 octane unleaded petrol will rise 5% to R14.82 a litre from Wednesday, and diesel almost 7% to R14.05, the Central Energy Fund said on Monday. At this price, petrol is 7.7% more expensive than it was in March 2018, and 9.5% higher than the price in March 2017.

Durban ratepayers footed the more than R2.5m bill for repairs at Moses Mabhida Stadium after soccer hooligans stormed the pitch in April 2018, Moses Mabhida general manager Vusi Mazibuko told the Durban Magistrate's Court on Monday. Mazibuko was testifying during the pre-sentencing of nine people who have been convicted of public violence. They were arrested after invading the pitch and causing havoc during a match between Kaizer Chiefs and Free State Stars. The incident left many injured and caused property damage to the tune of R2.5m. All have been barred from attending any sporting fixture or recreational gathering until the finalisation of the trial. When questioned by magistrate Sifiso Luthuli about where the money had come from, Mazibuko said the stadium was owned by the city and therefore the money came from ratepayers. The matter continues.

The Congress of the People (Cope) will ask President Cyril Ramaphosa to remove minister of justice and correctional services Michael Masutha and his deputy, Thabang Makwetla, because of their alleged connections with embattled company Bosasa. The party said it joined the growing number of workers at correctional services who were concerned about conditions at work being affected by the Bosasa scandals over the years. Masutha detailed, in a parliamentary reply last week, how he spent a weekend in 2016 at a property belonging to Gavin Watson, the controversial Bosasa CEO. Evidence at the state capture commission last month revealed that Makwetla unduly benefited from security upgrades at his home from Bosasa. Makwetla has asked to testify at the commission.

Prisoner in daring escape from Westville

An awaiting-trial prisoner made a daring escape from Westville Prison in Durban while construction work was taking place on Monday. KwaZulu-Natal police spokesman Lieutenant-Colonel Thulani Zwane said 32-year-old Njabulo Lucky Mbatha escaped while workers were busy. He had been arrested for housebreaking and theft. Officers from the K9 unit were searching for the man. By Monday afternoon Mbatha had not been found.

Seven people were expected to appear in the Durban Magistrate’s Court on Monday after a tip-off led police to a R50m drug bust. National police spokesman Brigadier Vishnu Naidoo said a huge drug laboratory was uncovered in Springfield Park, just outside the Durban CBD, and two men and two women were arrested. “The four were working on a machine producing capsules suspected to contain heroin.” A search uncovered thousands of kilograms of methaqualone powder, which is used to produce mandrax tablets, he said. Other equipment, “approximately 10,000 mandrax tablets and approximately 40,000 empty capsules” were discovered. The seized items were worth more than R50m. These arrests led police to a second house, where three other people were arrested.

The Abaqulusi local municipality in northern KZN has been placed under administration following allegations of mismanagement and nepotism. Abaqulusi is one of many municipalities facing an electricity switch-off because of exorbitant debts owing to Eskom. "As at February 14, Eskom indicated that the municipality was behind with its payments and owed R48.7m, of which R35.1m was overdue," said Lennox Mabaso, spokesperson for the KZN department of co-operative governance and traditional affairs (Cogta). The department’s MEC, Nomusa Dube-Ncube said she was “left us with no option” but to take over the council “until we restore full functionality to its governance and administrative structures”. 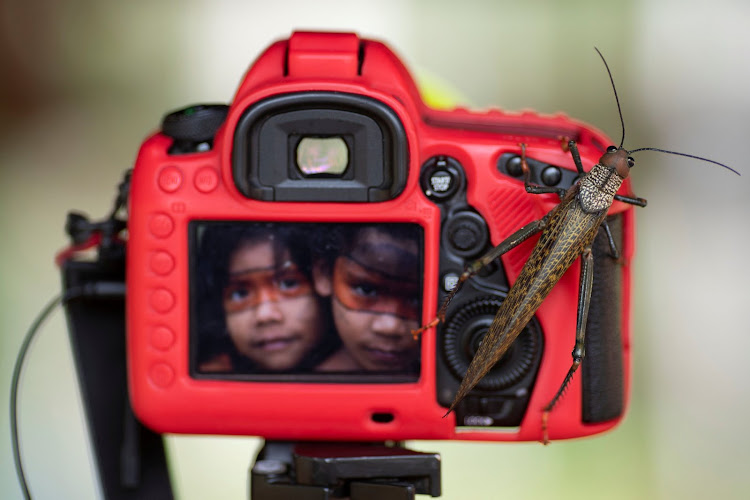 HOW THEY’D RATHER BE SHOT Villagers face the threat of armed land grabbers invading the Uru-eu-wau-wau Indigenous Reservation in Brazil.
Image: Reuters/Ueslei Marcelino 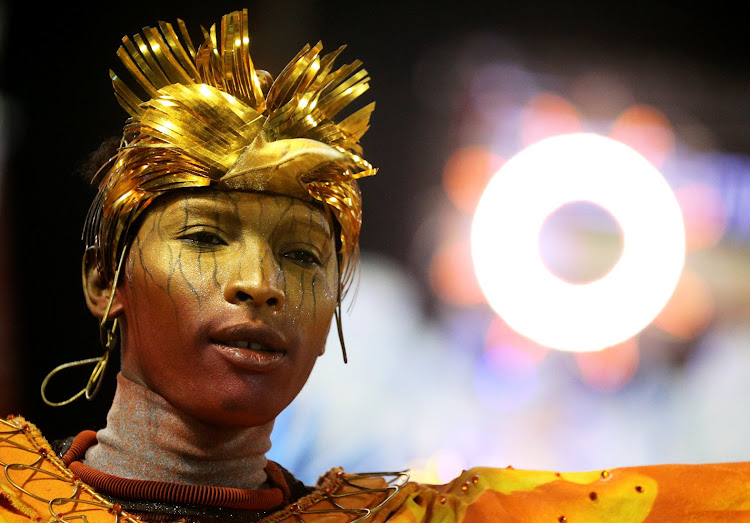 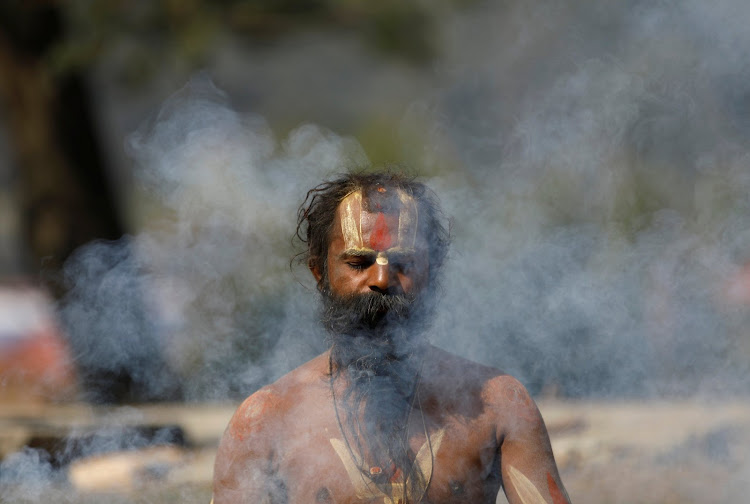 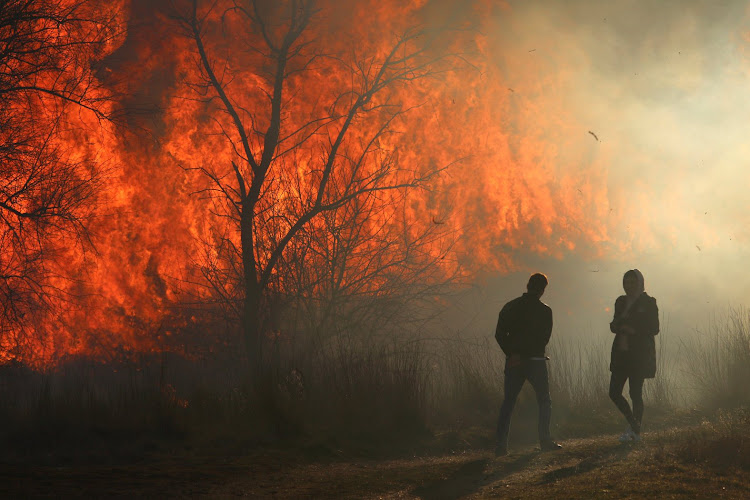 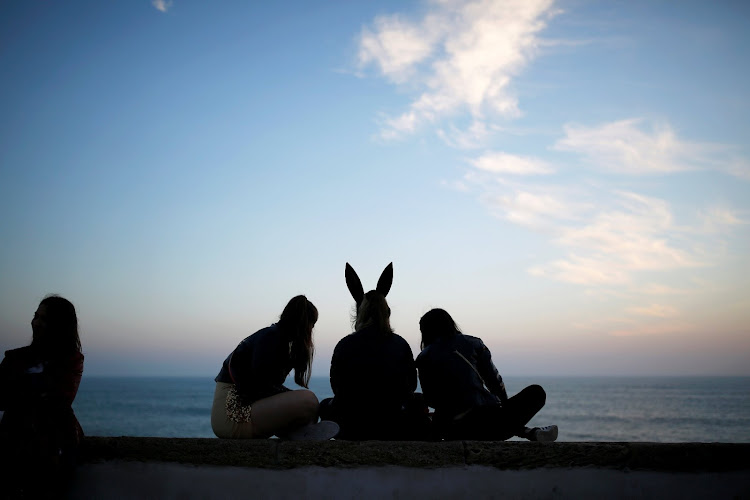 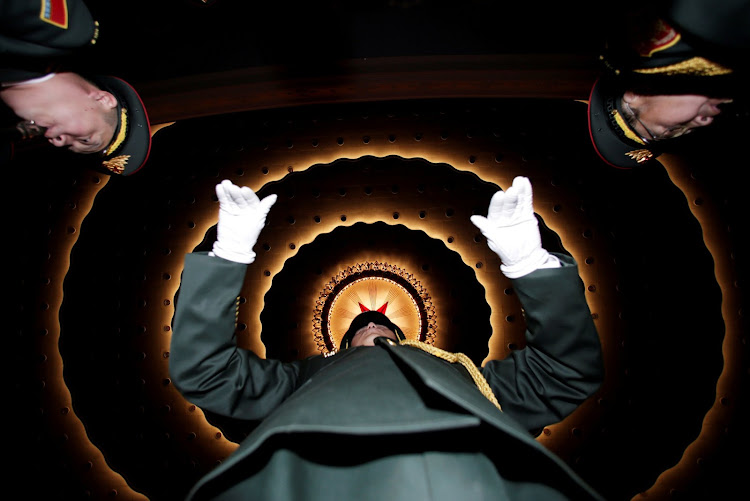 Now you can fall into a black hole with Stephen ...

Hoax-inspiring ghost doll is no more

The Japanese artist behind the images that sparked the recent viral "momo challenge" hoax said on Monday he destroyed the creepy doll long ago and never meant to harm anyone. The scary image with goggly eyes and a pained expression was based on a Japanese ghost called "ubume" - of a woman who dies during childbirth, explained Keisuke Aiso, head of Tokyo-based firm LINK FACTORY, which makes props for TV dramas. The 1m-high silicon-based sculpture was first shown at a ghost-themed exhibition in Tokyo's swanky Ginza district in 2016 but attracted little attention at the time. "It was meant to scare people, yes, but it wasn't meant to harm anyone." Aiso, 43, destroyed the sculpture in 2018 because it began to deteriorate. The terrifying image has been at the centre of a viral hoax, as reports surfaced that children were being induced by "momo" into dangerous tasks and even self-harm and suicide. – AFP

Coup crooner back with another ditty

Junta leader Prayut Chan-O-Cha dropped his latest saccharine pop ballad on the Thai public on Monday, pining for the "democratic path" nearly five years after he seized power from the country's last elected government. A former army chief who wants to return after March 24 polls as a civilian prime minister, Prayut has penned several ditties intended to inspire the nation since seizing power in 2014. New Day, released on YouTube, captures the famously gruff 64-year-old general in reflective mood. "We are looking for a new day in Thailand's history … towards the democratic path," the pop number, sung by two soldiers, says. Thailand remains deeply polarised five years after the army booted out the government of Yingluck Shinawatra from office. – AFP

‘Bumbling jihadi’ is on his own

A New Zealander dubbed "the bumbling jihadi" can expect little help from his homeland after being captured in Syria by forces fighting the Islamic State group, Prime Minister Jacinda Ardern warned on Monday. Mark Taylor, 42, told the Australian Broadcasting Corporation he spent five years with IS but fled in December and surrendered to Kurdish forces because conditions had become unbearable. Taylor earned his nickname in 2015 after sending pro-IS tweets but forgetting to turn off the geo-tagging function, giving away his location. He told the ABC the bungle earned him 50 days in an IS prison. He also burnt his New Zealand passport in a propaganda video and urged extremists in Australia and New Zealand to "commence operations". Ardern ruled out stripping Taylor of his New Zealand citizenship because he is not a dual citizen and so has no alternative. But New Zealand could offer no consular assistance because it had no diplomats where he is being held. – AFP

Wearing tails made of plastic fins covered by shimmering fabric, five women glided through a pool at a Malaysian centre that teaches people how to swim like mermaids. The academy, in the coastal town of Klang, southwest of Kuala Lumpur, is among several that have sprung up around the world to cater to the growing popularity of swimmers emulating the mythical creatures.The students - wearing bikini tops as well as their mermaid tails - circled underwater and did somersaults, while trying to keep their eyes open. Lee Boon Leong said he started offering the lessons at his swimming academy after a company approached him and asked to hire someone who could swim like a mermaid for a product launch. – AFP

Facebook is considering a change to its rules which could allow its users to promote and sell cannabis products for the first time. The social network is mulling whether to relax its policy on "regulated goods", which currently forbids all discussion of buying and selling the drug. That could allow legitimate medical and recreational cannabis vendors in places where the drug is legal to market their products, list their prices and encourage people to contact them in order to buy them. But the idea also raises questions about how Facebook would stop such activity from spreading to Britain, where cannabis remains a class B drug, and how it would prevent it being advertised to underage users. – © The Daily Telegraph

Long-dead emperor gets his locks back

A London museum said on Monday it will return to Ethiopia locks of hair allegedly taken by British troops from an emperor who committed suicide rather than be captured more than 150 years ago. The National Army Museum will repatriate the hair, cut from the head of emperor Tewodros II, following a formal request from Ethiopia in 2018. Terri Dendy, the museum's head of collections standards and care, said the aim was to inter the hair within the tomb alongside the emperor, adding that Tewodros was entombed in Trinity Monastery in northern Ethiopia. The museum was returning the items on the basis they are "human remains". It acquired the two locks in 1959 -- one of which was framed with a letter and the emperor's seal -- from the family of an artist who had painted the emperor before his death in 1868. as British soldiers closed in. - AFP 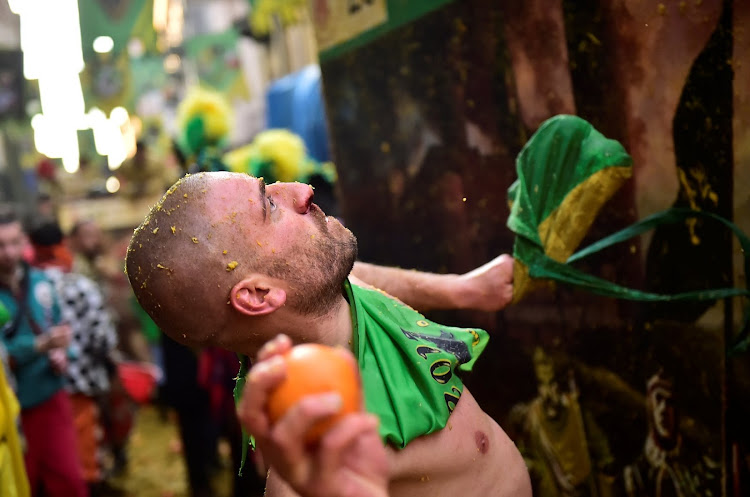 Who will put the long-awaited shaft in SA’s hockey stick?

Why invest in a zinc smelter and refinery in SA when we can’t put crooks behind bars, or even keep the lights on?

Stop whining, landlords, a haircut’s better than a wipeout

Bookmarks: Why the trouble with Brexit is the Troubles

A bi-weekly column on books, reviews and writers

Some 170 works, with a value of up to £9m, including a couple of Damien Hirsts, to be auctioned for charity

Tali-ho! Showmax cleans up nicely at local prizegiving do

Who gives a toss about being SA’s World Cup opening bat?

Aiden Markram does. Stunning Test form aside, he is in danger of being the forgotten man of the ODI showcase

Blasts from the past: Neymar runs riot against 2014 Bafana