Rage on against SA’s ruin. It’s the only way to kill the Zuma blight

The truly abnormal has become normal for SA, and that's where our true danger lies

‘We are the kids our parents warned us about’: In the Polokwane teen gang

We speak to people who know the pupils allegedly behind Thoriso Themane’s murder. What they say will shock you

Taxi driver: Forgive me my sins and for the 15 deaths I caused

ANALYSIS: Why the health sector has landed itself in ICU

Health departments are stuck between a growing wage bill, unpaid debt and a lack of sufficient funds

Insurance goes down if you quit smoking, but ...

If you still take nicotine in other ways, you’re still considered a smoker and will be charged accordingly

If a replacement geyser gives trouble after a few months, why should the consumer have to pay to get it repaired?

Driehoek schoolboy who died saving others is up for bravery award

Fixing rural roads: R300m spent. And not a single tender

Student's award-winning dehydrated cleaners could be the way of the future. And they might just save the planet

I get it, Emma, but the MeToo vigilante thing is out of control

Emma Thompson has lambasted a film studio for hiring a disgraced executive. Was she right?

So, you’re in the Big Five Oh club - you should be whooping with joy

It’s not the All Downhill From Here milestone it once was. There are many reasons to be glad not to be younger nowadays

A man in his 30s was shot dead outside a mall in Crown Mines, Johannesburg, on Sunday morning, paramedics said. ER24 spokesperson Ross Campbell said the man apparently worked at the mall and was allegedly shot in the head by a suspect who was taken into custody. "ER24 paramedics were on the scene at 9.25am. The man showed no signs of life and was declared dead on arrival. "The exact circumstances … are not known to ER24, but the South African Police, JMPD and Tactical were on the scene for further investigations," Campbell said. Meanwhile, a man in his early 30s is in a serious condition after he allegedly shot himself in the leg during a struggle while apprehending a suspected thief on Saturday. He had apparently seen the man robbing someone while driving down Frikkie Meyer Boulevard in Vanderbijlpark and had given chase. He was taken to Mediclinic Emfuleni.

The shocking abuse of a 63-year-old gogo in KwaZulu-Natal - who was essentially waterboarded under a tap at a rural homestead - has resulted in calls for her 31-year-old relative to be arrested. In the video, the woman can be seen being pushed, screamed at, and then shoved under a cold-water tap by the younger relative. The incident occurred in Sobantu, outside Pietermaritzburg. It is unknown when the abuse happened, but the videos and pictures began surfacing on Thursday this week. The grandmother has been taken into the care of the KZN social development department. Social development MEC Weziwe Thusi called for the speedy arrest of the 31-year-old relative in the video. "Social workers investigated the incident of Friday and assisted the older woman to open a case of emotional abuse and assault. The grandmother was then removed and placed in a residential facility for older persons," the department said.

A lawyer representing Alleluia Ministries has denied allegations that the "resurrected" Brighton Moyo has been paid before to take part in "miracles". He was responding to several colleagues and friends of Moyo's who said he had told them it was not first time he had played a starring role in showcasing miracles. Initially dubbed "Elliot", the man who was apparently resurrected by controversial Sandton pastor Alph Lukau of Alleluia Ministries a week ago had on a previous occasion been “healed” from being confined to a wheelchair, a colleague of his said. Fearing retribution from the church, the colleague asked that his name be withheld. Another colleague and friend said Moyo had contacted him to let him know he was okay, and that the pastor was keeping him at a secret location to keep him away from the limelight and media. But the church’s legal representative, Sean Sim, denied allegations that Lukau had performed fake miracles on Moyo, and that he was hiding the allegedly resurrected man.

A clash between a contractor and an architect has resulted in a five-year delay in the completion of a library worth R30m expected to benefit more than 10 schools in a poor rural community in northern KwaZulu-Natal. Now provincial arts and culture MEC Bongiwe Sithole-Moloi has told the contractor and architect to finish the community library at Bilanyoni township in eDumbe municipality by the end of March, or their contract will be terminated. The delay has been attributed to squabbling and a clash of egos between the contractor, QDS Projects, and the principal agent, Consult Three Architects, over a number of issues, including the service provider from which to purchase the building materials. The library's shell and infrastructure have been built but electrical work, fittings, painting and furnishings are incomplete. Sithole-Moloi's spokesperson, Mack Makhathini, confirmed that the clash between the architect and contractor had stymied the project.

Would-be MP ‘asked for proof of her race’

The DA is investigating allegations that one of its potential MPs was asked to produce evidence that she is not white. Hannah Winckler, a South Coast constituency officer in KwaZulu-Natal, allegedly had to ask for a copy of her coloured father's ID to prove that she was not white. This was after she was asked by the party’s KZN Women’s Network leader Shehana Kajee to prove that she was indeed coloured. In a letter seen by the Sunday Times, Winckler details the incident to provincial leader Zwakele Mncwango. In the letter Winckler said it was well known that she was a “person of colour” but Kajee asked her: “What does your ID book racially categorise you as?” Both Winckler and Kajee declined to comment but DA federal executive chairperson James Selfe confirmed that the party was dealing with the matter.

President Cyril Ramaphosa announced plans yesterday to emulate Rwandan President Paul Kagame and clean up SA, saying the country's streets and towns are filthy. Addressing hundreds of supporters at an ANC rally in Rustenburg, North West, Ramaphosa said he wanted to follow the Rwandan model where once a month residents come together to clean the streets. "In Rwanda, one day in every month … whether you are the president or premiers or mayors or a municipal managers … everybody wears overalls and cleans the town," said Ramaphosa. He said he would announce a national clean-up campaign so that SA's beauty could be restored. Kagame's efforts to clean up Rwanda's capital, Kigali, have gained him global accolades and are celebrated across the world.
THE PEEK OF FESTIVITIES A dancer before a carnival parade through the streets of Mittenwald, Germany.
Image: Angelika Warmuth/dpa/AFP 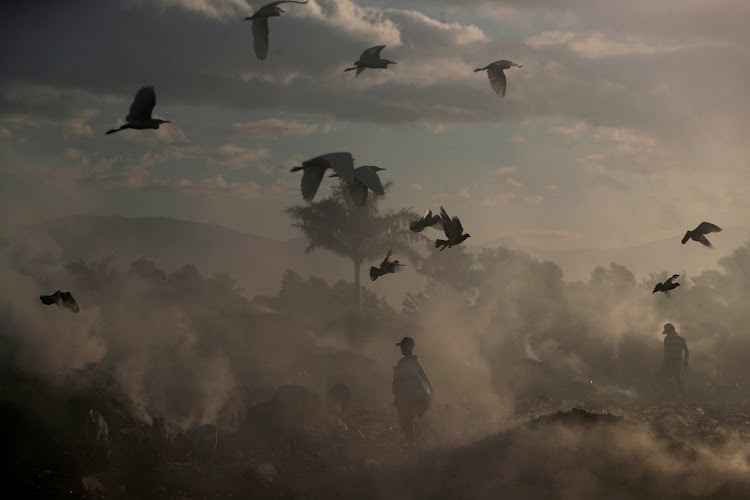 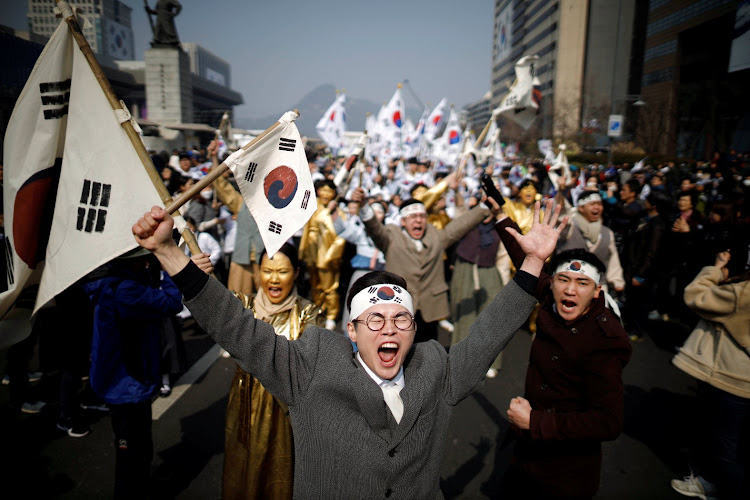 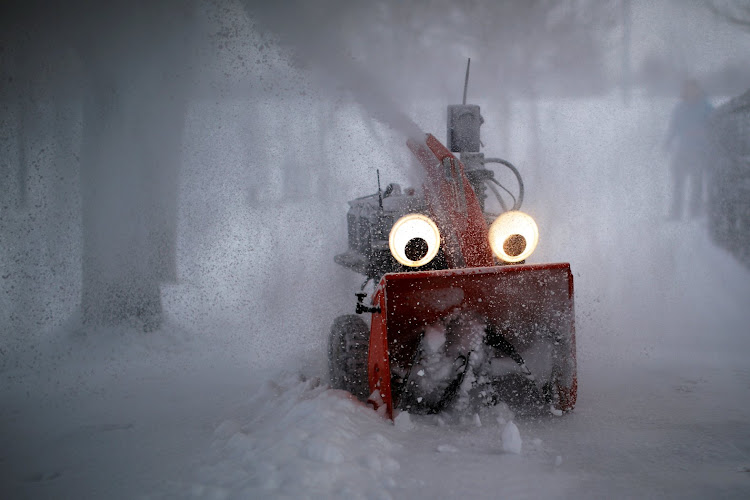 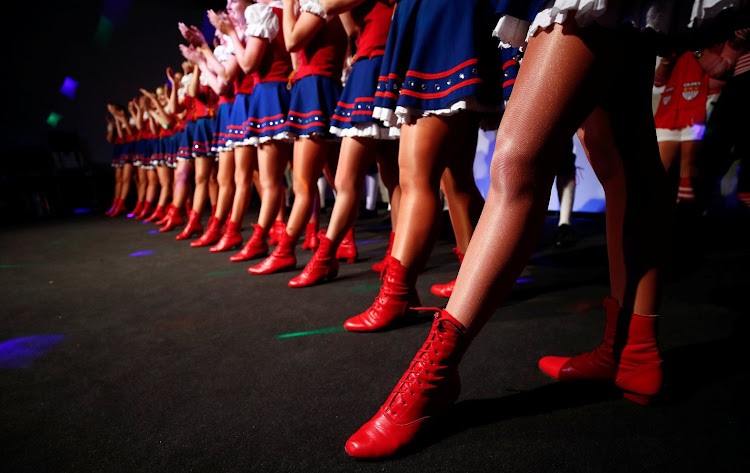 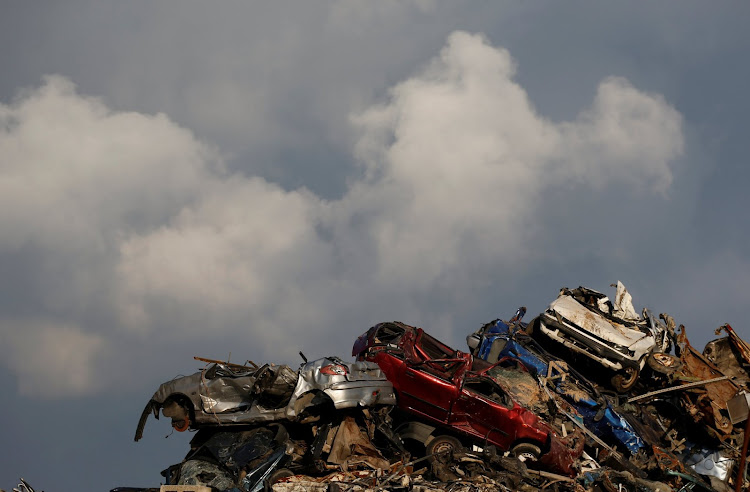 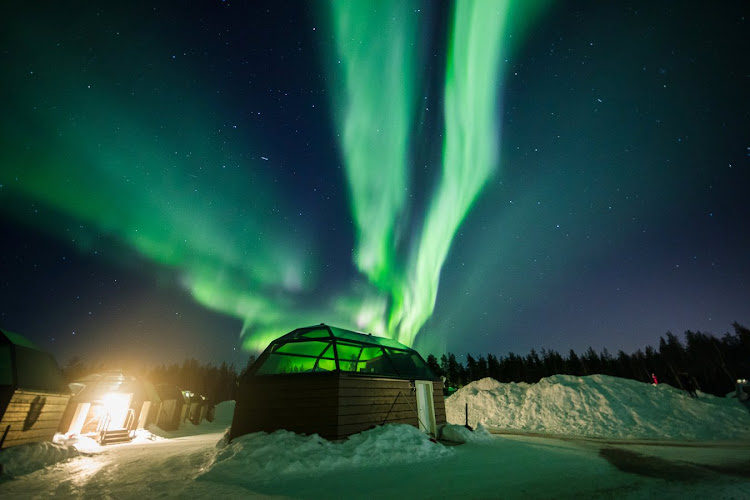 Don and dusted: mob hubs in Colombia and Sicily say no to ‘crime tourists’

Magnets for fans of 'Narcos' and 'The Godfather', Medellin and Palermo are revamping their reputations

Lunch with ‘an electric rabbit’: the day Nureyev swept me off my feet

Arabian nightmare: Syria’s war horses struggle back from the brink

Once majestic and strong, eight years of war have taken a dreadful toll on hundreds of Arabian horses in Syria

Two dingoes have been put down after a French mother and son were mauled at an Australian tourist island, authorities said on Sunday. Paramedics said the pair had just stepped out of a vehicle on Fraser Island, Queensland, on Thursday when they came across a pack of dingoes. ‘The couple panicked and ran back towards the vehicle and it was that time when the pack actually chased them and attacked,’ an official said. Both were taken to hospital in a stable condition. One dingo involved in the attack was captured and euthanised on Friday and another was put down on Sunday. - AFP

Snoozing at weekends ‘makes you fat’

Catching up on sleep at the weekend puts people at risk of gaining excess weight, according to a new study. Experiments found that those who do not sleep enough during the week but who snatch extra hours at the weekend tend to snack more and have an increased risk of diabetes. The effects were worse even than those who are sleep-deprived during the week but who did not catch up at the weekend. The study shows that consistent adequate sleep is crucial for controlling appetite and maintaining metabolic health. – The Daily Telegraph

When burglars raided a rambling farmhouse in Toulouse, they made off with some Art Deco perfume bottles but ignored the dusty old painting propped against the wall. It is a decision they may now regret. That painting is being sold as a lost work of Caravaggio, with an estimate of up to £129m. ‘Judith and Holofernes’, which will be auctioned on June 27, went on display in London last week. Remarkably, it will be sold without reserve. But there is a catch. Art historians are divided on whether it is a genuine Caravaggio, painted in 1607, or a very good copy. - The Daily Telegraph

Happily married? It’s in your genes

The secret to a happy marriage lies in your genes, scientists have discovered, with new research finding a predisposition not to be anxious is the key to marital stability. Researchers focused on the role of the GG genotype, a genetic variation that affects oxytocin, a hormone related to social bonding. They found that once factors such as physical attraction and shared values had been taken into account, the genotype explained what those who felt themselves secure in their marriages had in common. - The Daily Telegraph

The Dragon has landed

SpaceX’s new Dragon capsule successfully docked on the International Space Station on Sunday. ‘We can confirm hard capture is complete,’ Nasa said. The announcement was met with applause at the Johnson Space Center in Houston, Texas. The docking began at 1051 GMT, more than 400km above Earthand 27 hours after the capsule’s launch on a SpaceX Falcon 9 rocket from the Kennedy Space Center at Cape Canaveral in Florida. Although the contact appeared slow, the ISS and the capsule were moving at a speed of over 27,000km per hour in orbit around Earth. – AFP

Eight people suffered minor injuries during an aborted take-off at London Stansted Airport. Crew on the Laudamotion flight to Vienna suspected engine problems on the runway shortly after 8pm on Friday. Passengers reported a bang rocking the cabin. ‘It was scary,’ said one. ‘And then staff shouting evacuate evacuate. My friend opened the emergency exit and we slid down the slides. A few old people fell over and the fire brigade treated them. No one was seriously injured, just minor things.’ – AFP
WASTELAND A pregnant Venezuelan teenager holds her one-year-old child as her husband looks for recyclables at a dump in Pacaraima, Brazil.
Image: Reuters/Ricardo Moraes

One year on, Tiger Brands still to awake from listeriosis nightmare

However, its stock has recovered slightly and at these levels, JP Morgan rates the company a 'buy'

New Samsung stuff: Bend it, shape it, anyway you want it

Revealed: the Galaxy Fold, the buds and the watch

If you’ve got the dosh, never dread a long-haul flight again

Eight airlines that are leading the way in wellness travel

From swastikas to Hitler stamps, the prevalence of Nazi symbols is down to ignorance and a misplaced fascination

SA Rugby gets real and accepts its arbitrage status

Blasts from the past: Bruno clobbers the Boksburg Bomber