WATCH: Rohde’s icy reaction as he is sentenced

Yours is a 'story of malignant love', judge tells former property empire CEO, who merely blinked as she sentenced him

Sorry, Sassa doesn’t know what Down syndrome is

The woman charged with attempted murder is out on bail

I was set up: Private eye cries ‘witch-hunt’ in row with DA bigwig

Accused of taking cash from Dianne Kohler-Barnard without delivering, he has a very different version of events

Zim township residents remember hours of rehearsal with the singer, her return from exile and her departure for SA

No chicken or beef for little birds flying on big bird

Don’t outlaw the charlatans – revive the miracle of doubt

Laws cannot change the mindsets and behaviours of ordinary citizens. Good education can

Forget it: those quick-fix apps won’t help you remember

Nothing will halt natural dulling of faculties, but there's a lot to be said for diet, exercise, and not worrying

Stuck in the middle age: if it’s not the kids, it’s your parents

But sometimes, as in my case, you have neither children nor parents. It can be a lonely place

Toll fees across SA will increase again on March 1, adding yet more financial pain to embattled consumers. The Automobile Association (AA) says these increases will co-incide with a likely increase in fuel prices in March, which, given the current data, look set to be significant. These increases will apply countrywide to all tolled roads. “With the increase to fuel levies which comes into effect in April, the addition of a Carbon Tax on fuel (effective in June), the likely increase to fuel prices in March, and, now, the increase to toll fees across the country, consumers will see their money diminish even more,” the AA noted. While the tolls for the Gauteng Freeway Improvement Project were rising in line with inflation, this would be of little solace to consumers who had either not received wage or salary increases, or whose increases had either been in line with or lower than that.

A 54-year-old loan shark from Welkom in the Free State will have to cough up R18,000 after he was convicted of contravening the National Credit Act. If he fails to do so, he could spend close to three years in prison. Free State police spokesperson Warrant Officer Lynda Steyn.said Elijah Zacharia Ngcola was convicted in the Welkom Magistrate’s Court on Monday after pleading guilty to 10 counts of contravening the act. He was arrested in December 2018 following a search-and-seizure operation at his home in Masilonyana near Welkom. It was alleged, and later confirmed, that he was “running an illegal cash loan business” and was confiscating clients’ back cards and identity documents to secure loan repayments.

A suspected currency smuggler has been found in possession of $997,750 (about R13.8m) by customs officials at Johannesburg's OR Tambo International Airport. The SA Revenue Service (Sars) said its officers stopped the passenger on Monday evening, and his backpack was searched. He admitted to having one bag, which had been checked in for the flight and which the officers then retrieved. "During the interview he admitted to be in possession of foreign currency, but attempted to downplay the amount. It was, however, discovered that most of the foreign currency had been concealed at the bottom of two bags," said Sars. He was arrested after he "failed to provide a credible explanation for the currency".

Gauteng health MEC Gwen Ramokgopa has confirmed that 17 mental health patients who were discharged after the provincial health department cancelled its contract with hospital group Life Esidimeni have still not been found. More than 140 patients died after 1,711 patients were moved from Life Esidimeni homes into ill-equipped and unlicensed NGOs around Gauteng in 2016. Ramokgopa gave an update on the search for missing patients in an oral reply to questions by DA MPL Jack Bloom in the Gauteng legislature on Tuesday. She said four missing patients had been traced with help from the department of home affairs, reducing the number of unaccounted-for patients from 21 to 17. She added that the health department was doing all it could to track down the remaining patients.

A Pietermaritzburg businessman has been sentenced to 12 years behind bars by the Durban Commercial Crime Court after pleading guilty to fraud and money laundering of R7.5m meant for the building of a creche. Businessman Mex Dladla, 48, from Bishopstowe in Pietermaritzburg, masterminded the theft of money from the KwaZulu-Natal co-operative governance and traditional affairs department (Cogta) with his girlfriend, who was a departmental official. His girlfriend, Nokwazi Patricia Mkhize (Chule), transferred the money from Cogta meant for the creche into his account after bypassing the department's biometrics procedure for settling government invoices. KwaZulu-Natal National Prosecuting Authority spokesman Natasha Ramkisson-Kara said on Wednesday Dladla was in a relationship with Mkhize (Chule) when the fraud was committed four years ago. The theft was picked up when the municipality complained that it had not yet received the money.

The police officers who stopped a woman walking down the road because of her bulky stomach must be brave indeed. Johannesburg metro police department chief David Tembe revealed on Wednesday that officers attached to the crime prevention unit had nabbed a woman for the possession of an unlicensed firearm and live ammunition. The police arrest record states: "The officers noticed the suspect walking along Valda Street in Rosettenville with something in her waist band and an unlicensed firearm was recovered." Other successes by the city's cops in the past couple of days include the seizure of drugs valued at R120,000 in Windsor, and the arrest of three suspects. Officers also arrested a suspect after a man was robbed of his watch and ring on Bram Fischer Drive, Randburg, on Tuesday evening. JMPD operations officers in Booysens arrested five people the day before for possession of suspected stolen copper cables.
REVVED UP Supporters of President Muhammadu Buhari celebrate in Yola, Nigeria.
Image: Reuters/Nyancho NwaNri

A Mercedes Benz C-class coupé driver, allegedly known for his tricks on the road, ran out of luck at the weekend when a stunt went wrong, leading to him to crash into a police van in Witbank. 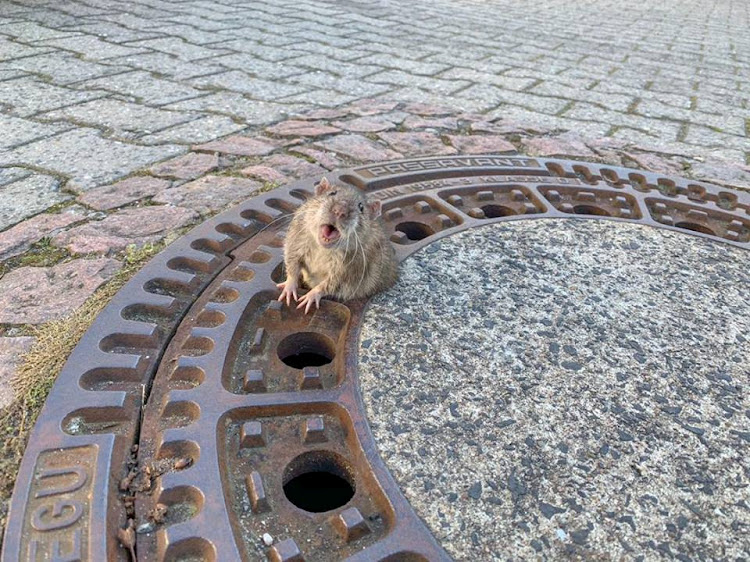 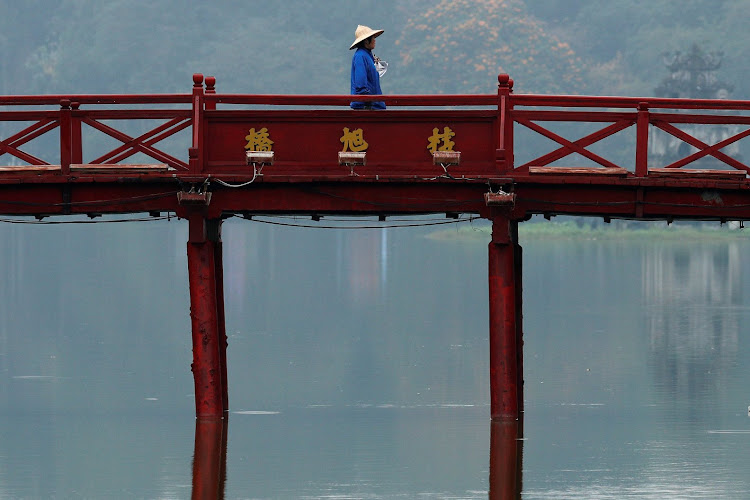 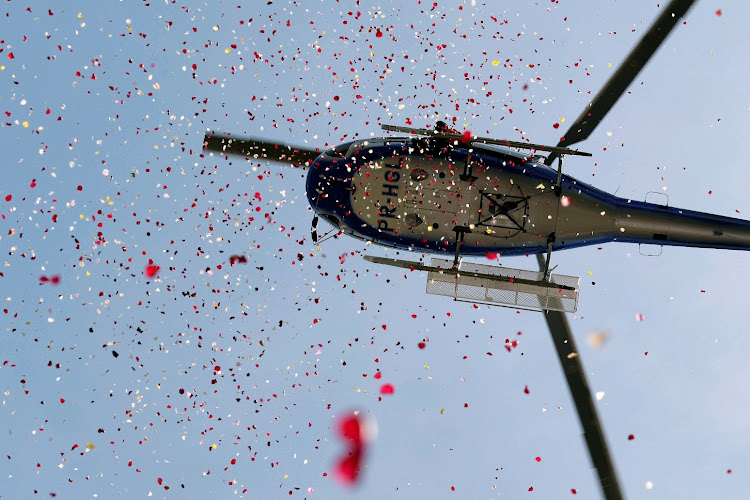 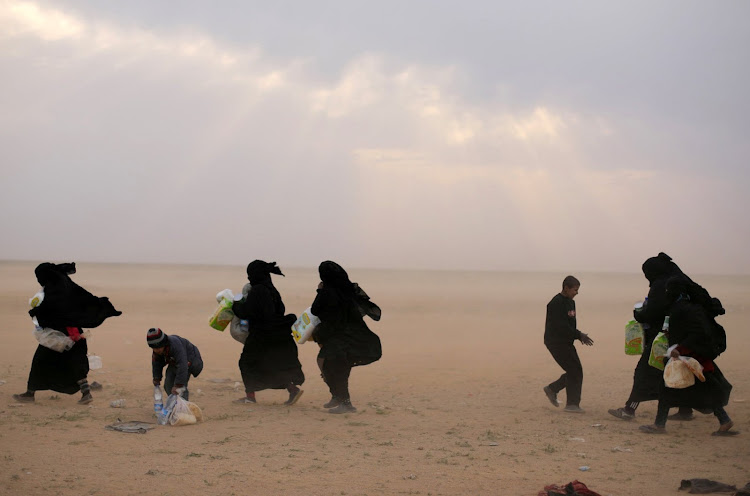 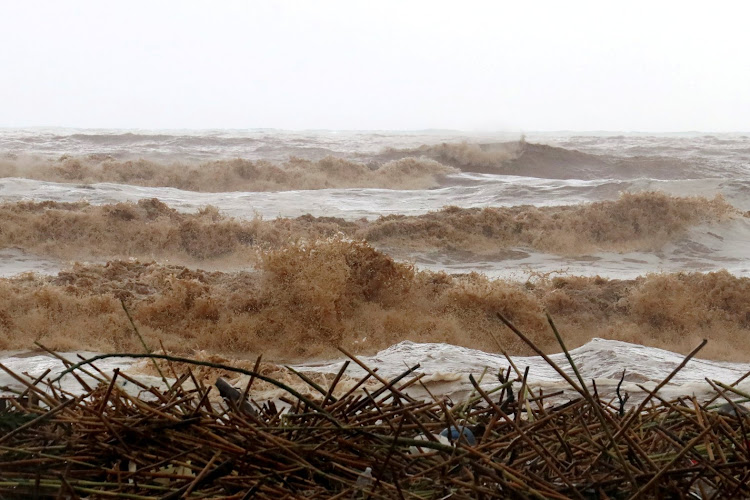 ‘Selfies’ and a willy: look what Hadrian’s Wall archaeologists have found

In a major first, inscriptions with the busts may reveal the names of two quarrymen who helped build the Roman wall

Augmented reality check: is this the future of work?

Microsoft's mixed reality headset may well prove a game changer, but it isn't going to change the world overnight

This kid started out life as a handful

A baby boy weighing just 268g at birth was sent home after months in a Tokyo hospital, the smallest surviving male baby in the world, Keio University hospital said. The boy was born through Caesarean-section last August after he failed to gain weight during the pregnancy and doctors feared his life was in danger. The boy was in intensive care until his weight reached 3.2kg and he was discharged on February 20, said Dr Takeshi Arimitsu of the university’s School of Medicine, Department of Paediatrics. The previous record was held by a boy born in Germany in 2009 weighing 274g. The smallest girl was born weighing 252g in Germany in 2015. — Reuters

Next they’ll ban sweating and farting

Japanese sumo officials have introduced a crackdown on beards, calling them ‘indecent’ and telling wrestlers they must look spick and span during competitions under strict new rules on personal grooming. The ban is part of fresh regulations also barring tattoos and long nails. Superstitious sumo wrestlers often decline to shave their beards during tournaments as they believe it brings them luck, but the sumo association have decided they will no longer tolerate such slovenliness and said ‘wrestlers must preserve their personal hygiene’. — AFP

Pay up or be gondola with you!

Venice council has voted to impose an entrance fee for visitors to help pay for the upkeep of the World Heritage Site in a first for an Italian city. About 25 million tourists pour into the lagoon city each year, of whom around 14 million spend just one day there. Many take picnics with them, bringing no income to local businesses. Councillors said day-trippers would now have to pay €3 each this year to enter Venice. The sum will rise to between €6-10 from the start of 2020, depending on whether tourists come in high or low season. Residents complain bitterly that their city is being overrun by tourists while they have to pick up the bill for cleaning and security. — Reuters

China’s ruling Communist Party warned party members on Wednesday to stick to Marx and Lenin and not believe in ‘ghosts and spirits’, in the latest effort to root out superstitious practices. Party members are meant to be atheists and are especially banned from visiting soothsayers. Chinese leaders have a long tradition of putting their faith in soothsaying and geomancy, looking for answers in times of doubt, need and chaos. The practice has grown more risky amid a sweeping crackdown on deep-seated corruption launched by Xi upon assuming power in late 2012, in which dozens of senior officials have been imprisoned. — Reuters

At a time when it isn’t all fun and games for makers of traditional toys due to digital diversions for children, Lego said on Wednesday it had managed to assemble growing sales and profits in 2018 thanks to its diversification away from its iconic coloured plastic bricks. The world-renowned brand has in recent years moved strongly into areas such as video games, movies, cartoons and Legoland amusement parks. Net profit at the group rose by 3.5% last year to more than $1.3bn. Sales rose across the world and Lego aims to consolidate its position in the Chinese market by opening 80 shops in 18 cities. Lego fared better than its US rival Mattel, maker of the Barbie doll, which suffered a loss of $531m last year. — AFP

A Russian spy in Sweden? Surely not!

A technology worker suspected of spying for Russia has been arrested in Stockholm. The person was believed to have been ‘recruited as an agent by a Russian intelligence officer posing as a diplomat in Sweden’, said the head of counter intelligence at Sweden’s security service, Daniel Stenling. The suspect works in ‘high-tech’ and has access to ‘information likely to be of interest to foreign intelligence agencies’. The authorities have warned of the ‘high threat posed by foreign spies. Russia poses the biggest intelligence threat to Sweden’. Stockholm is particularly worried about attempts to influence elections and public debate, for example through disinformation on social media. — AFP
ON THE TRAIL OF FIRE A fire burns on Saddleworth Moor near the town of Diggle, Britain.
Image: Reuters/Jon Super

Cyril, why don’t you give the new NPA boss some teeth?

Vodacom can’t simply reverse the charges on its bad call

Investors could soon get Wiese’s claws out of Shoprite

Through deferred shares valued at 1c each, the tycoon controls 32% of the voting rights in Shoprite

This Greek look is everything it’s cracked up to be

Understatement of the year: Why minimalism works

Five role models for making more out of less

‘Call me Cinder-fella’: How to rip up the red carpet rulebook

Fear and clothing: Before and after the smoke and mirrors

Super Rugby is Seconds away from another reffing blaps

Blasts from the past: Die Bek starts stalking Ali’s crown