Crackdown on ministers: When you leave, your staff leave too

Rape, scandal and politics: why Kodwa should brace for impact

Trump, Clinton, Vavi, Pule Mabe … politics seethes with examples of what happens to those caught in a sex scandal

And so it begins, the ANC’s long night of pretending it cares about us

There are only two reasons for any senior ANC politician to be awake at 6.47am on a weekday

Mother Nature to rescue SA from its polluted water

Struggle icon’s foundation sets up charity for his slain niece

It’s like the government found a way to make people work for free, says one graduate of 'unneeded' course

Stroke is the biggest killer of SA’s elderly, but it needn’t be

R232m PowerBall win will ‘open doors for my kids’

The winner of the country's biggest PowerBall yet, a staggering R232m, says he was "very excited" when he realised the cash was his. Speaking to eNCA, the man - who was only willing to divulge that he was a 50-year-old Capetonian – said his greatest joy was that the money would enable him to provide for his children's education. "I am very excited, and I’m glad I won this," he said. "For me it will open doors for my kids' education because that is very important to me. I'm very happy, and I'm glad," he said in a clip posted on the news channel's Twitter feed. The man came forward and claimed his prize on Monday, and travelled to Johannesburg on Tuesday to meet lottery operator Ithuba.

The North West health department has suspended at least four managers for keeping and “deliberately” receiving expired medication. The department “can confirm that four managers in Mahikeng have been put on precautionary suspension following alleged mismanagement involving expired medication and management of the depot and staff while investigation continues”, said spokesperson Tebogo Lekgethwane. Two of the managers were from the medical depot, and the other two from the provincial office. Lekgethwane said the precautionary suspension would ensure the managers’ presence at work did not hinder the investigation.

Toll rises to six in crash on deadly Moloto Road

Monday's crash on the R573 Moloto Road in Kameeldrift near Pretoria claimed its sixth victim on Tuesday morning. Transport department spokesperson Ishmael Mnisi confirmed the death on Tuesday. A preliminary investigation found that a Putco bus, an SBV armoured van and a Toyota Avanza were involved in a head-on collision. "It is alleged that the driver of the SBV vehicle lost control and collided head-on with the bus, and then the Avanza drove into the bus," Mnisi said. The Road Traffic Management Corporation said there were 80 people on the bus. Four died and 23 were taken to hospital. There were two occupants in the Toyota and three in the armoured van. One died and two were injured. According to transport minister Blade Nzimande, 60,000 commuters use the Moloto Road daily. It runs through Gauteng, Mpumalanga and Limpopo.

Students at strife-torn varsity to return to class

Students at the trouble-torn Mangosuthu University of Technology are set to return to class on Wednesday. The university said on Tuesday that classes would resume following nearly a month of strife at the Umlazi-based institution. Last week the student representative council was granted an interim interdict to stop the university from evicting students from residences. The SRC brought the urgent interdict last Thursday after students had received notice from the university asking them to vacate all campuses and residents. The notice came following a day of protest on the Umlazi campus, where students blockaded the entrance to the institution with boulders and bricks and allegedly overturned a car. Eight students were arrested and charged with public violence. Students were demanding fee concessions, a reversal of a fee increment, that the library and clinic hours be extended to 24 hours, and that the number of printers across the campus be increased.

A police officer will apply for bail in the Bellville Magistrate's Court in Cape Town on Tuesday after he allegedly forced a woman to perform a sexual act to avoid arrest. "It is alleged that on February 17, at about 4pm, the victim was approached by an unknown white male at 1st Avenue in Bellville. The unknown male was driving a private car and he introduced himself as a police official to the victim," said Independent Police Investigative Directorate spokesperson Moses Dlamini. He told the victim he could arrest her for prostitution and then forced her to perform the sexual act. "The suspect, who is a police officer, was arrested by the police after being pointed out by the victim." The victim had recognised the police officer while she was laying a complaint about the incident at a police station.

A Durban woman accused of dumping her baby in a stormwater drain has been transferred to Westville prison after more than a week in hospital. The 27-year-old, who cannot be named to protect the baby’s identity, is expected to apply for bail in the Ntuzuma Magistrate’s Court on Wednesday. A court hearing last week was set to proceed in her absence, but an outstanding letter confirming the woman’s presence in hospital delayed proceedings. Magistrate Ravi Pillay adjourned the case until Wednesday. The woman, who is facing a charge of attempted murder, was arrested in hospital last Monday. The baby, named Sibanisethu (“ray of hope”), was plucked from the drain in a dramatic four-hour rescue two weeks ago.
UNWILTING MEMORY A demonstration in honour of victims of the Vale SA dam disaster in Brumadinho, Brazil.
Image: Reuters/Washington Alves 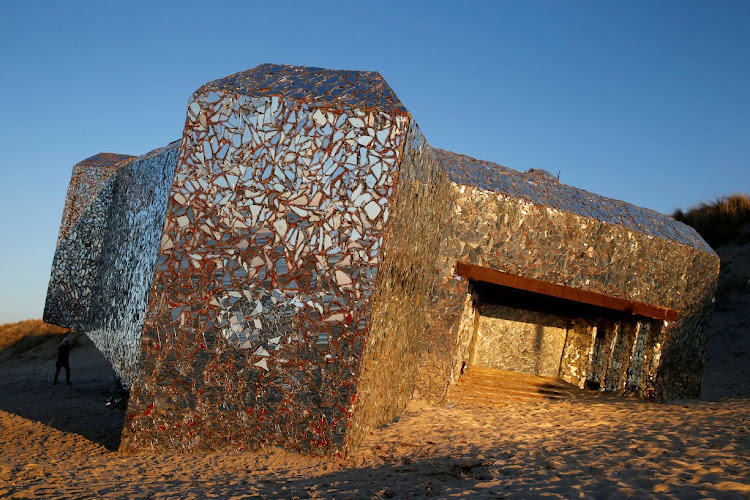 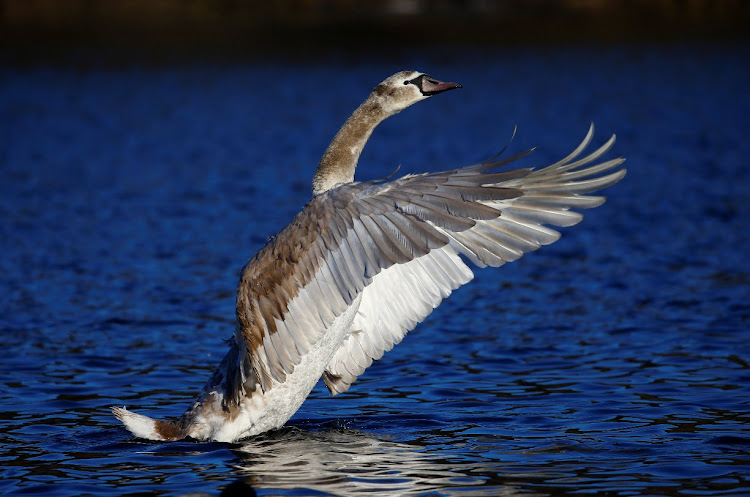 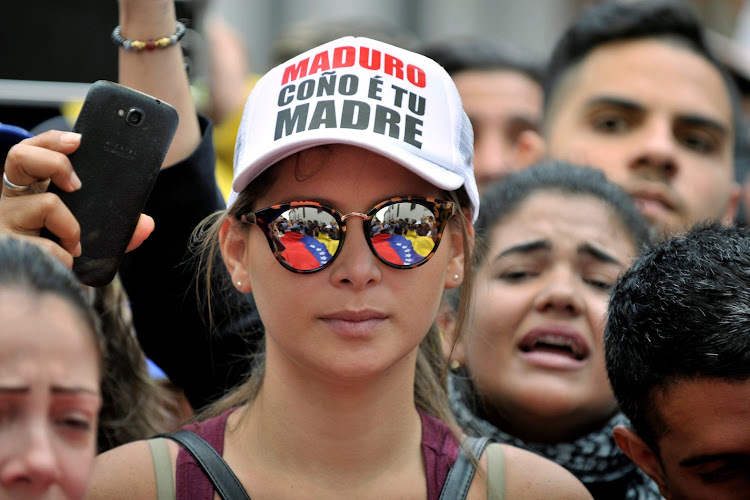 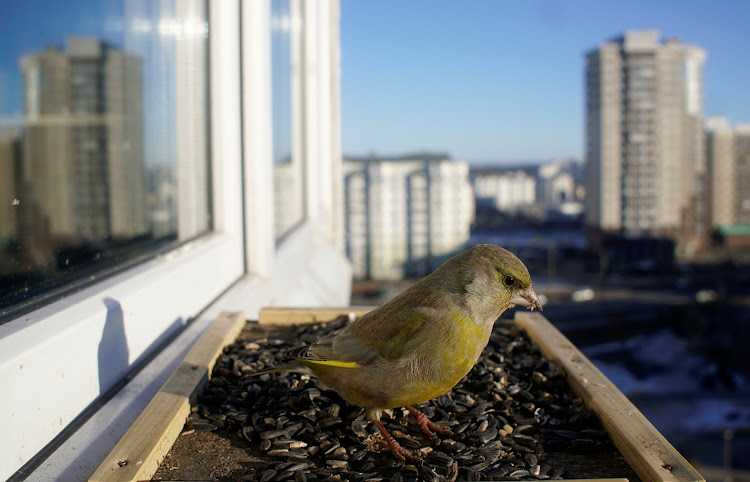 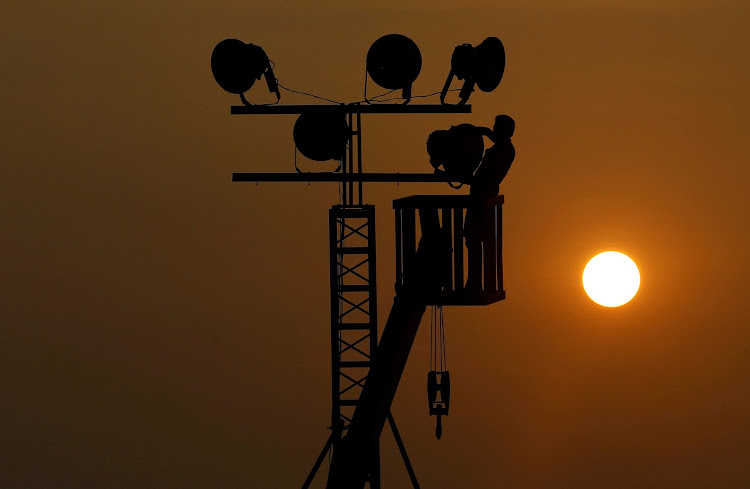 Agenda-obsessed Oscars make a hashtag of it - again

In choosing the worst Best Picture in a decade, the post-MeToo industry showed it can't make head nor tail of itself

‘Somebody grab his phone’: Elon Musk’s gone and done it again

A yelping hand: mobile tech is going to the dogs

Brits get all the insulin before the insulation

Diabetics and insulin providers in Britain are stockpiling the precious medicine to avoid potential shortages in case of a no-deal Brexit. Many of Britain’s diabetics, who include Theresa May, depend almost entirely on insulin imports from continental Europe. Suppliers in Britain have already exceeded the government’s recommendation to have enough inventory to last six weeks. – AFP

Luxury and more luxury in a time of crisis

The Doha Jewellery and Watches Exhibition, for looking and buying, ran for a week until Monday. The unashamedly luxurious affair happens in the midst of a regional diplomatic crisis engulfing Qatari politics. The Hublot regional director said their sales had doubled since the tense situation because the Qatari people were buying in Qatar and not other Arab states of the Gulf. – AFP

One of the few surviving members of the legendary French soldiers who fought at the D-Day invasion, Jean Masson, died Saturday, aged 95. Only three members of the original First French Marine Rifles Battalion led by Philippe Kieffer are still alive. – AFP

Pennsylvania officials charged a woman and her daughter with five murders. The bodies were discovered in a flat outside Philadelphia. Shana Decree, 45, faces five counts of homicide in the deaths of her daughter, son, sister and twin nieces. Dominique Decree, 19, Shana’s daughter, faces the same criminal charges. – Reuters

Eurovision row over Russian ends on a bad note

Ukraine’s national broadcaster has dropped the singer representing the country at Eurovision because of a dispute over Russia. Anna Korsun, 27, rejected the contractual obligations imposed on her, including requiring her not to perform in Russia. – Reuters

The Juan Fernandez archipelago, which includes Robinson Crusoe Island, the setting of Daniel Defoe’s novel, is one of the largest protected zones in the Pacific. Chile has launched a plan to protect the nests of the shearwater birds. Residents have changed their street and house lights from disorientating white to red or green to help the birds avoid crashing in foggy weather. – AFP
PAINTING THE UNSPEAKABLE A friend of artist Haifa Subay writes on a mural about children and women suffering in Sanaa, Yemen.
Image: Reuters/Mohamed al-Sayaghi

Fast food in the slow lane as SA economy gets heartburn

Which quick service restaurants get a junk rating

Car exhausts: Platinum could be running on fumes again

Three rules of the kitchen that are meant to be broken

The war against terroir: Drink what you jolly well please

Take a hike, supercilious sommeliers. Finally the world is revolting against pompous food and wine pairings

Design Indaba: Take a shine to five of the freshest new faces

Emerging creative talents to watch at this year’s expo

Getting there: The crazy rich Asian appeal of Singapore

Chokes aside, that ‘Jaws’ music you hear is the lurking World Cup

Blasts from the past: AB’s outrageous 162 from 66 balls