It was supposed to have been done over a year ago, it's been bedevilled by delays. Now a vital road has been closed

The project will see 63 new boreholes and another 43 revamped

... and parched Graaff-Reinet residents have to maak ’n plan for themselves

Cyril and Tito can pull SA out its mess, but it’s going to be bloody

They aren't perfect, but there is hope that they can turn things around - if the captured ANC rogues don't stop them

A sniff at designer perfume prices reveals a stench

Deputy mayor's decision to expropriate 2.6ha to avert rubbish disaster has been slapped down by the high court

Experts baffled as to how this portfolio will be moved to the basic department department, as promised by the president

By calling Navratilova a bigot the trans lobby loses the game

Telling pregnant women to stop guzzling is not body-shaming

Despite the militant reponse it will get, we have to speak truth to ordinary people, however unpalatable it is

Taylor, Burton, Hepburn, Clift: What were they really like? This man knows

1950s matinee idol Gary Raymond recalls the highs and lows of his career, and the stars he worked with

Like Lagerfeld, more and more people don’t want a funeral

'Direct cremations', which involve no mourners, no fuss and a lot less money, are becoming increasingly popular

Acting ANC spokesperson Zizi Kodwa has denied "with contempt" allegations that he raped a woman, describing the claim as a "dirty tricks campaign". Kodwa said on Sunday he was seeking legal advice. "Today, after days of what appears to be the height of a dirty tricks campaign, I wish to expose its details. On February 14, 2019 I was alerted by the secretary general of the ANC that he had received a letter from a woman claiming [what] I view as the most grotesque attack on me and my reputation. In a letter replete with false accusations, I am accused of rape, sexual assault and even drugging two women. At the outset, I deny these accusations with the contempt they deserve." TimesLIVE reported on Saturday that a woman was allegedly raped at a private function. ANC deputy secretary general Jessie Duarte confirmed the rape allegation had been made to the office of secretary general Ace Magashule. The person concerned had denied the allegations.

President Cyril Ramaphosa has established a special tribunal to enable the Special Investigating Unit (SIU) to fast-track the recovery of money and assets lost by state institutions through corruption. The presidency said on Sunday the tribunal would "fast-track the finalisation of matters that the SIU refers for civil litigation following conclusion of their investigations". "These are matters where the SIU would have referred to civil litigation contracts entered into by state institutions to be declared irregularly invalid or set aside." Fast-tracking the cases would enable the SIU "to recover monies and or assets lost by state institutions through irregular and corrupt means; thus ensuring that those who are responsible for the loss of monies and or assets by state institutions are held accountable. The litigation process includes both public and private sector persons and entities."

Security officers attacked at Gupta mine

Unidentified men stormed into the Gupta-owned Gloria mine in Mpumalanga and attacked security officers on duty as efforts to bring up illegal miners trapped underground for more than two weeks continued. The attack occurred on Saturday, just a day after more bodies were recovered, bringing the death toll to 18, said police spokesman Brigadier Leonard Hlathi. "A group of approximately 15 men stormed into the premises, attacking security officers (and) inflicted an injury on one of them by senselessly kicking him in the face, before damaging their reaction vehicle’s windscreen," said Hlathi. When police arrived " the group scattered in different directions. At this stage it is not clear why these men were at the mine but cable theft cannot be ruled out." Some of those trapped underground were allegedly involved in stripping the non-operational mine of copper cables when a gas explosion occurred.

Power couple Shauwn and S'bu Mpisane, known for their love of Versace and Maseratis, are about to go belly up in more ways than one. On Valentine's Day, the controversial couple, who are going through a divorce, were served with a nasty surprise from the taxman. The Mpisanes received a sheriff's notice relating to an application brought by curators appointed to liquidate their personal assets and those of their companies. As if the Valentine's Day shock was not enough, on Friday the couple were served with another notice. It informed them that the liquidation matter between them and the South African Revenue Services (Sars) had been set down for a hearing in the Durban high court on Wednesday. The high-flying couple are known for hosting lavish wedding anniversary parties and New Year's Eve all-night parties at their La Lucia mansion, where guests include A-list celebrities and leading politicians.

The ANC has hired retired spooks to peruse the bank accounts of more than 800 members nominated to become party candidates, in an attempt to weed out "deployees who are getting salaries from elsewhere". The would-be candidates were made to sign a loyalty pledge this week and undertake not to campaign against the ANC or support opposition parties should their nominations be turned down by party bosses. Dakota Legoete, ANC acting national spokesperson, confirmed on Friday that retired intelligence operatives were combing through the bank accounts of those nominated to represent the party in parliament and provincial legislatures. The the unprecedented vetting was an effort to avoid a situation in which the ANC would be embarrassed should it emerge that it had people on its list who are receiving dodgy payments.

Senior pastors of one of Southern Africa's most powerful African churches have adopted controversial new rules that include ostracising gay and lesbian members. The rules have been adopted by 14 pastors of the Nazareth Baptist Church, also known as the Shembe Church. The decision by the 14 has led to an outcry by some congregants. The 14 pastors belong to the Ebuhleni faction, which is regarded as the biggest and the most powerful among the 4.5 million members. The Shembe Church combines Zulu tradition and Christian values. Followers believe their leader is the equivalent of Jesus Christ and insist that female followers be virgins at marriage.
SMALL SAILING A man sails his model boat on the boating lake at New Brighton, Britain.
Image: Reuters/Phil Noble 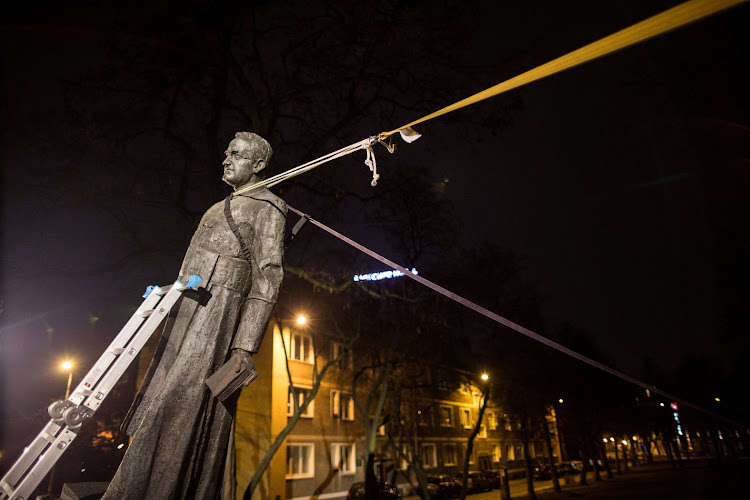 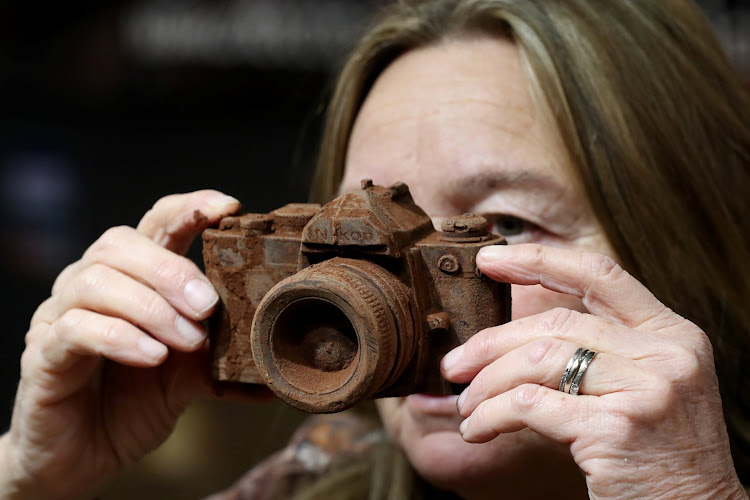 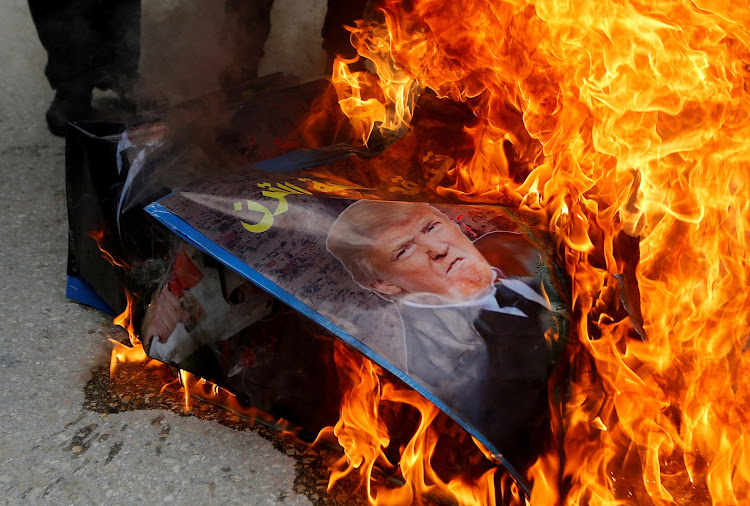 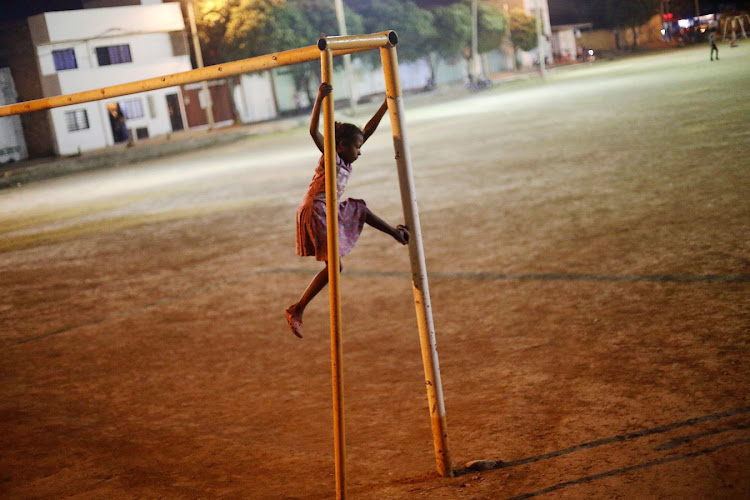 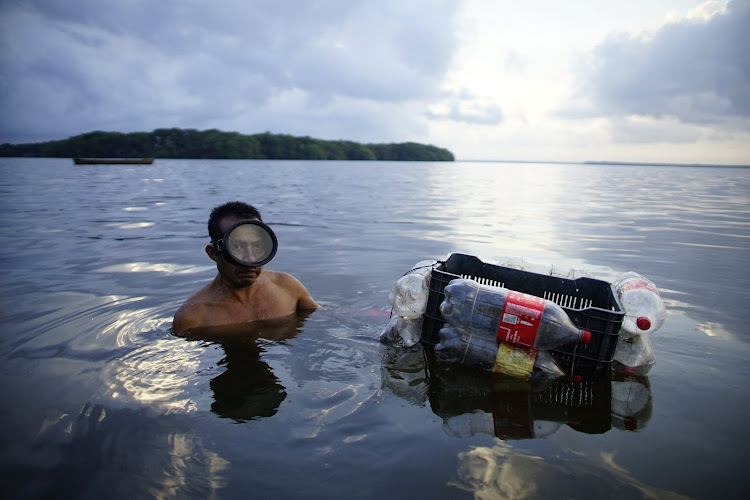 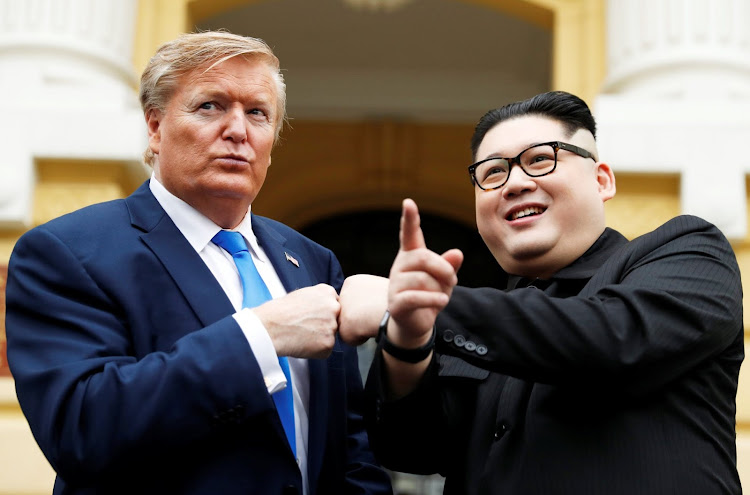 ‘Crazy Bernie’ is back, but he has no chance of being president. Here’s why

Among other things, Americans are less likely to take chances with wildcards as their economy weakens

Can she have her cake and eat it? Or is this a great big 'let them eat cake' flung in the face of her royal charities?

Nato troops hooked by ‘catfishing’ con give up sensitive info

Ark of history: Schindler’s factory restored in his honour

British descendant of owner will turn dilapidated shell into museum to the man who saved 1,200 Jews

Michael Jackson’s estate is suing HBO for more than $100m over a documentary accusing the late star of abusing two men when they were children. ‘Leaving Neverland’ features testimony from James Safechuck and Wade Robinson, who allege in graphic detail that Jackson abused them both as young boys. The singer's estate argues that the film violates a 1992 contract with HBO to air a Jackson concert which included an agreement to not disparage the singer at any future point in time. - The Daily Telegraph

Pope Francis on Sunday compared the sexual abuse of children to human sacrifice as he addressed the Catholic Church's top bishops at the end of a landmark summit to tackle paedophilia. ‘I am reminded of the cruel religious practice, once widespread in certain cultures, of sacrificing human beings - frequently children - in pagan rites,’ he said. - AFP

The Church of England in the UK should make land available for gypsies and travellers, the General Synod has voted, despite concerns that they bring ‘a lot of upset and fear’. Members overwhelmingly supported a motion calling on the Church to donate land from its notoriously large portfolio to the traveller community, just five months after government ministers revealed they were considering making trespass a criminal offence to stop them moving onto private land. One member of the synod voiced concern over the motion, saying travellers that had recently moved into her local church car park left behind smashed glass and human excrement. – The Daily Telegraph

Puffins are not declining at one of Britain’s most important seabird colonies, they simply moved to different islands to avoid marauding seals, experts have concluded. Last May the annual puffin count on the Farne Islands in Northumberland found the number of breeding pairs had fallen by 12%, with the reduction blamed on the harsh winter of 2016, climate change and pollution. But a re-evaluation of the figures has found puffin numbers have actually increased by nine percent. Rangers discovered that burgeoning populations of grey seals have been accidentally destroying puffin burrows as they shuffle around on the shoreline. Unable to nest on the outer islands, the little seabirds have been driven to the inner isles, where they are thriving. – The Daily Telegraph

Fancy a Durty Donald or a Kim Jong Yum?

An Irish chef in Hanoi is serving a cheeky menu specially tailored to mark this week's summit between U.S. President Donald Trump and North Korean leader Kim Jong Un. Two new burgers - the ‘Durty Donald’ and ‘Kim Jong Yum’ - will be on sale at the Durty Bird restaurant from Monday, as Vietnam's capital prepares to greet the two leaders. Chef Collin Kelly said the two burgers were designed to capture the likeness of the leaders. The ‘Durty Donald’ was like Trump himself – ‘so extravagant’ - with double beef, double bacon, topped with strands of yellow chicken floss. The ‘Kim Jong Yum’ is made of smoked pork belly, wild boar meat, kimchi mayonnaise and crispy fried kimchi. - Reuters

Huawei Technologies unveiled a folding smartphone on Sunday which it said was primed for next generation 5G mobile connections, even as the United States campaigns to bar the Chinese company from such networks over security concerns. Huawei said it had taken the lead on developing phones for 5G because it was also involved in developing the networks. The Huawei Mate X will have two back-to-back screens which unfold to become a eight-inch tablet display. - Reuters
HER MIND AND LEGS ARE ELSEWHERE A woman waits for customers in her fabric shop at a market in Yangon, Myanmar.
Image: Jewel Samad/AFP

The new policy sends a negative signal to investors, and the way it is institutionalised may be prone to abuse

Fund and games: financial tips for the end of the tax year

As the end of the tax year looms, we have some solid advice for getting your ducks in a row

A quiet success, it is seen as more steady because it is pegged to traditional currencies such as the US dollar

My views on ‘real’ chocolate will truffle a few feathers

Can you eat your way to a better libido? The ultimate guide to aphrodisiacs

Back with a boom: A souped-up successor to Concorde

Testing times for selectors of SA’s World Cup side

Does the domestic scene clarify or cloud matters for selectors? With all the centuries being scored, it’s complicated

Blasts from the past: Benni brace boots out DRC in 1998