No room for politics in Tito’s no-nonsense budget

And because he disregarded politics, he dared to tread where other finance ministers might not have

Things went downhill for the wife killer when she discovered his infidelity, says his lawyer

Baby killer ‘was a victim too, think about her feelings’

TB or not TB: Kruger’s rhinos have a new battle to fight

Tuburculosis is not killing rhinos in the Kruger Park, but that doesn’t mean it won’t result in the animals’ deaths

Rhino slaughter abates, but their troubles are far from over

In less than a decade, the population of the world’s largest rhino sanctuary has been slashed by nearly 50%

In the same area where a young girl was bashed to death, a school has written its own story of hope

‘Loss of joy’: my journey back to the land of my ancestors

In this edited extract from her book, 'Land of my Ancestors', Botlhale Tema gives a voice to dispossessed South Africans

Is this Mandela exhibit PR fluff or a weapon against populism?

Something is amiss, and the truth is a new exhibition in London is a slick production to reinforce the Mandela brand 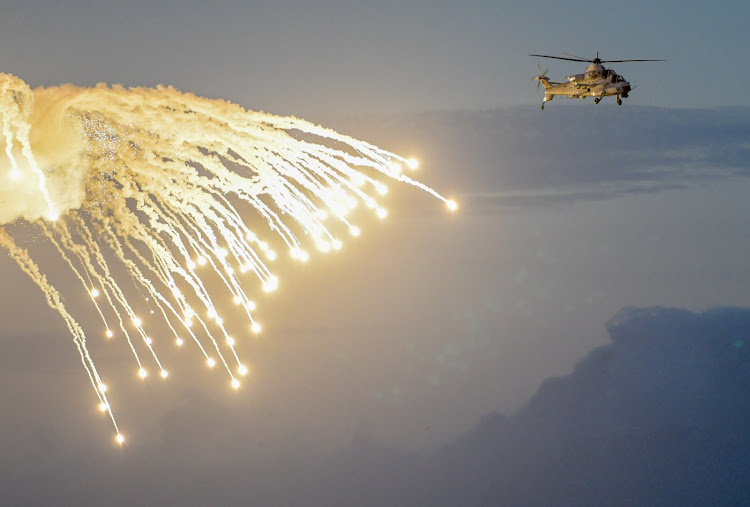 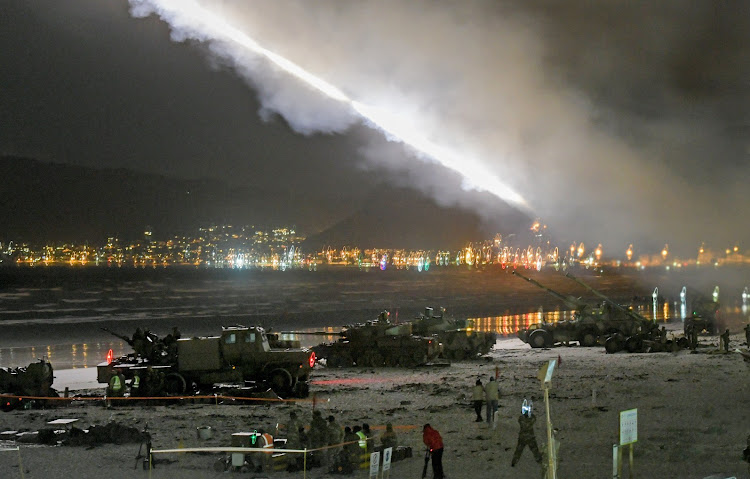 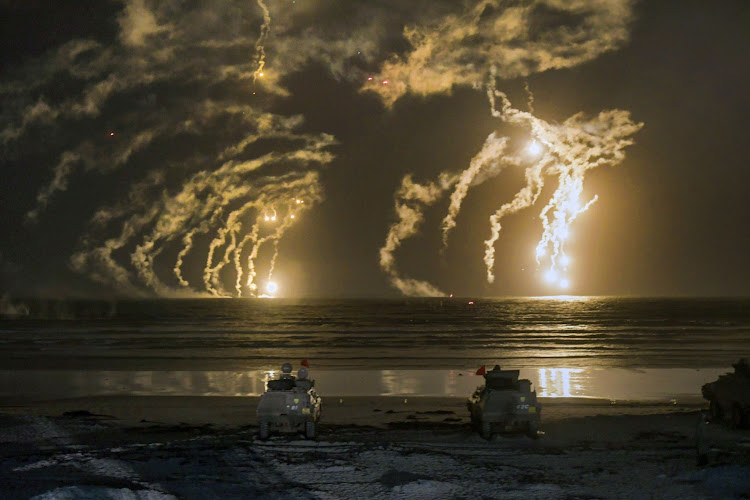 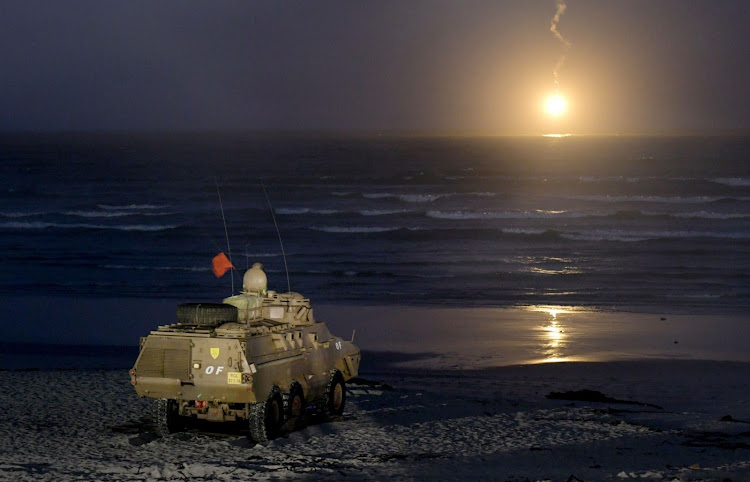 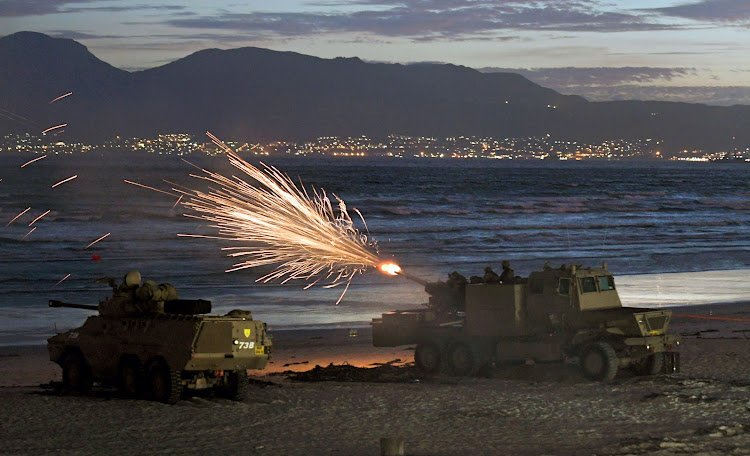 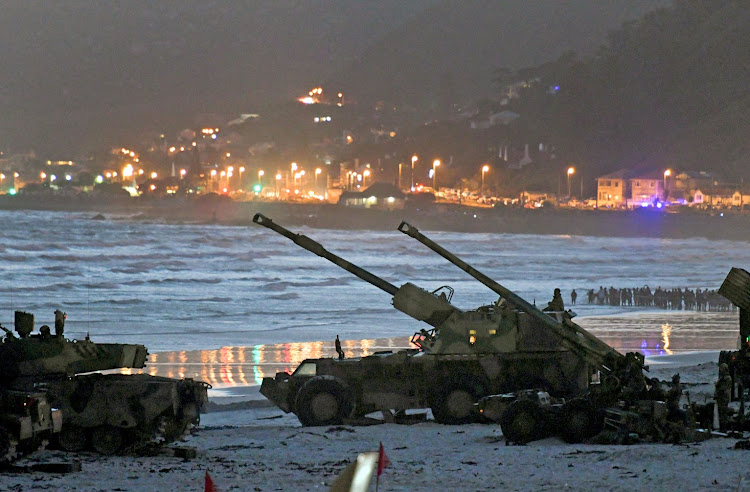 A ticket bought for R22.50 was a gamble worth taking for a person from the Western Cape, because it won Tuesday night's mammoth R232m PowerBall jackpot. The ticket was bought at the OK Mini Market in Tygerdal, Goodwood. The winner has not yet approached the lottery operator to claim the win. The jackpot winner chose his or her numbers manually, Lotto operator Ithuba revealed on Wednesday. In August 2018, a Secunda man won the R145m PowerBall jackpot.

The business rescue practitioners of eight Gupta companies have approached the court to liquidate the family’s Oakbay Investments. In A founding affidavit filed with the Johannesburg High Court on Monday, Tegeta Exploration and Resources, which has been in business rescue for a year, said it is owed a total of R3.8m by Oakbay Investments. Oakbay, a holding company that is owned and controlled by the Guptas, is not in business rescue. The amount owed relates to a lease service agreement entered into between Tegeta and Oakbay, initiated in 2013, wherein Oakbay would pay the subsidiary R150,000 a month, excluding VAT, for office space and services. Oakbay has, however, failed to pay what is due. Meanwhile, Tegeta’s four companies — Optimum Coal Mine, Koornfontein Mines, Optimum Coal Terminal and Shiva Uranium — are all in business rescue and owe their creditors a collective R4bn. Oakbay Investments did not immediately respond to an e-mailed request for comment.

Police minister Bheki Cele believes it would be "irrational" to reappoint Independent Police Investigative Directorate (Ipid) head Robert McBride for another five year-term at the end of this month because of "serious allegations of misconduct" against him. He made the comment in his submission to parliament’s police portfolio committee on Monday. McBride took Cele and the parliamentary committee to court over the matter. The minister also cited what he deems is prima facie evidence against McBride, after a complaint was laid at the Public Protector in September 2018 claiming "maladministration, corruption, irregular recruitment and procurement procedures, abuse of power and purging of staff".Cele said: "The allegations against McBride are serious and cast significant doubt on this fitness and propriety to hold office as executive director." McBride became Ipid executive director on March 1 2014 for a five year-term.

Police are investigating a case of rape after a nine-year-old boy was allegedly dragged into a bathroom and raped at a Curro Academy school. Police spokesperson Lieutenant-Colonel Adele Myburgh said the boy was waiting for transport to pick him up after school last week when he was allegedly grabbed and dragged into a bathroom. The identity of the suspect is unknown. The incident occurred at about 2pm on February 13. Curro Holdings spokesperson Mari Lategan said the matter was under internal investigation and had been prioritised at the highest level. The name of the school is being withheld to protect the child’s identity.

It was a cry for help carried by the wind that set in motion a dramatic, all-night rescue effort to save a tourist on Table Mountain who plummeted 20m onto a ledge barely the size of a double bed. Below the ledge was a drop of more than 25 storeys down the face of the cliff. The drama started just after 5pm on Monday when a resident of Camps Bay heard a person shouting for help above their house. An extensive search revealed that the distress calls were being carried to Camps Bay by a strong south-easterly wind from the slopes of the mountain, just below the upper cable car station. The person in distress, a 32-year-old man from Iceland, was finally rescued at about 4.30am on Tuesday.

Convicted racist Vicki Momberg might have to find another lawyer after a relationship breakdown. Kingdom Onah told the Randburg Magistrate's Court on Wednesday that his office had resolved to withdraw as Momberg's attorney of record after she failed to give further instructions in preparation for her upcoming appeal in the high court. The former estate agent was caught on camera hurling the k-word at black police officers and 10111 operators after she was the victim of a smash-and-grab in 2016. She used the k-word more than 48 times. In March 2018, she was sentenced to three years in prison. She is currently out on R2‚000 bail‚ pending the outcome of her appeal. Onah told the court that Momberg had ignored several requests to get an undertaking from an advocate to represent her during the appeal in March. Momberg, however, accused Onah of being incompetent. The court has not yet decided whether to release Onah.

A driver of a black Isuzu was about to start the engine and leave for work in the morning when he noticed a python hiding in a bakkie's wheel cage. 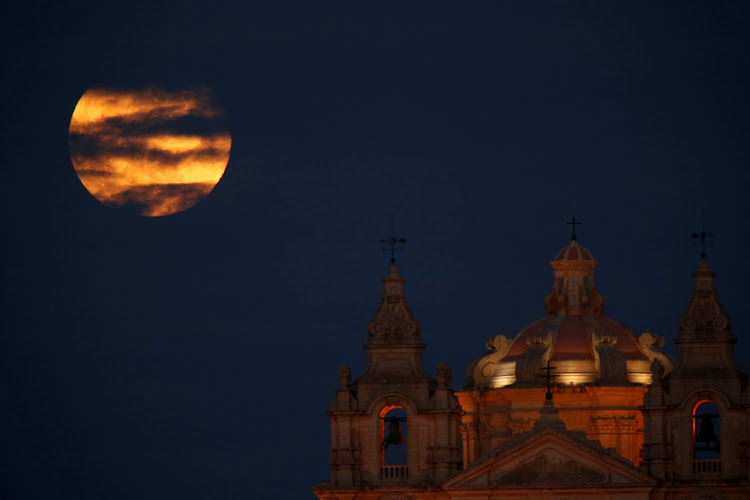 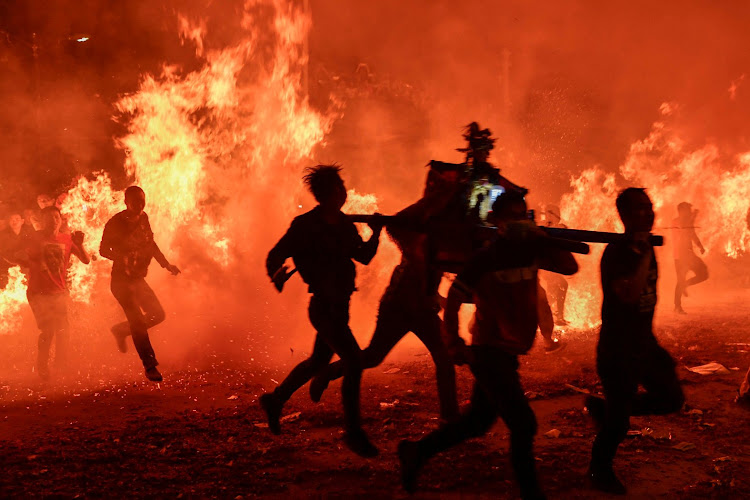 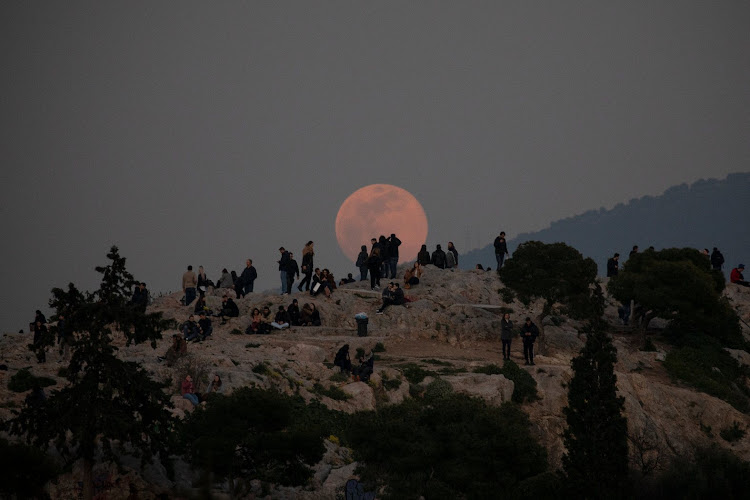 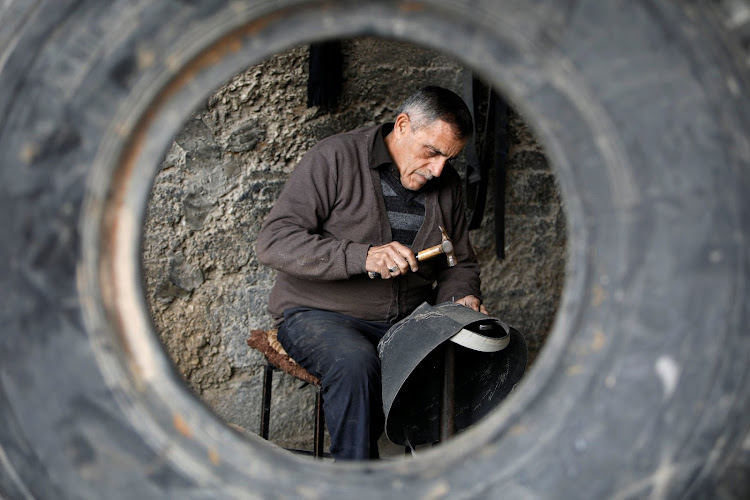 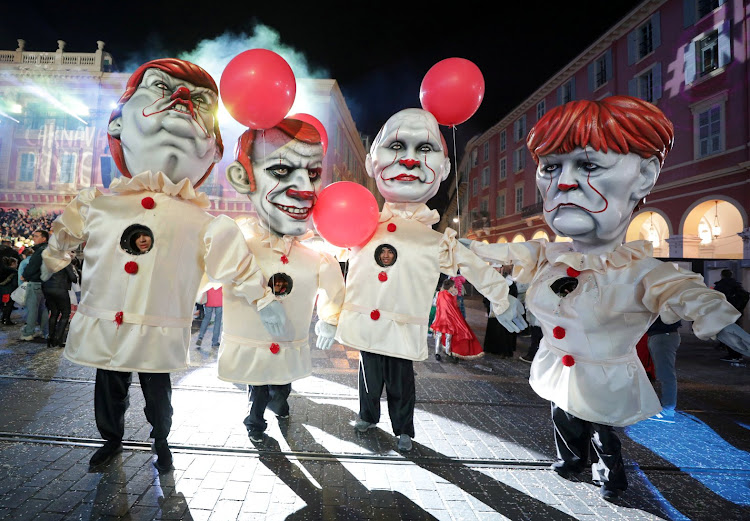 Gay Kenyans may have some new hope, but what about in the rest of Africa?

We survey LGBT rights across the continent, where it seems a case of two steps back for every one step forward

True as Bob: Zimbabweans are a little nostalgic for Mugabe

Yes, he made mistakes, say some Zimbabweans, but the former dictator was still better than his successors

Relax everyone, Meghan’s baby shower is not dethroning tradition

Hairdo you do? Trump or Kim?

Shorn on the sides, thick on top for the Kim Jong Un look; bright and blonde for the Donald Trump-loving customers: a creative Hanoi barber is offering free cuts ahead of the leaders’ meeting in the Vietnamese capital next week. Barber Le Tuan Duong has been overrun with customers since word got out about his free dos, a gesture he’s offering out of sheer excitement for the February 27-28 meeting in Hanoi. But one style has come out on top. ‘Over the past three days, I have made 200 Kim style haircuts, but only five for Trump,’ he said. He would normally charge a whopping $43 for the Trump dye-job, a steep fee in a city where most haircuts cost a few dollars. — AFP

Controversial British personality David Icke has been blocked from entering Australia after the conspiracy theorist was blasted as a Holocaust denier. Icke, who denies anti-Semitism and believes the world is run by giant shape-shifting reptiles, was due to start a speaking tour in major Australian cities next month. A former professional footballer, Icke worked for the BBC as a sports broadcaster before leaving in 1990. He has since become known as a conspiracy theorist who believes the world is being secretly controlled by an elite Jewish group and that Jews bankrolled Hitler. — AFP

A prominent Chinese businesswoman dubbed the ‘Ivory Queen’ has been sentenced to 15 years in prison by a Tanzanian court for smuggling the tusks of more than 350 elephants, weighing nearly 2 tonnes, to Asia. Yang Feng Glan had been charged with smuggling 860 pieces of ivory worth $5.6m). Yang, 69, had lived in Tanzania since the 1970s and was secretary-general of the Tanzania China-Africa Business Council. Tanzania’s elephant population shrank from 110,000 in 2009 to little more than 43,000 in 2014, according to a 2015 census, with conservation groups blaming ‘industrial-scale’ poaching. — Reuters

Hundreds of orange robots zoom and whiz back and forth like miniature bumper cars — but instead of colliding, they’re following a carefully plotted path to transport thousands of items ordered from online giant Amazon. This robot ballet takes place at the new Amazon order fulfillment center that opened on Staten Island in New York in September. Amazon now counts more than 25 robotic centers. Since Amazon went all-in on robotics with the 2012 acquisition of logistics robot-maker Kiva, it has created 300,000 new jobs, bringing the total number of worldwide Amazon employees up to 645,000. — AFP

‘Save the whales’ for the birds — Iceland

Iceland has set new quotas for its controversial minke and fin whale hunt for the next five years, a decision bound to anger environmentalists. Fisheries and Agriculture Minister Kristjan Thor Juliusson said whalers would be authorised to harpoon 209 fin whales and 217 minke whales annually until 2023, stressing the numbers were sustainable. The government said the number of fin whales has increased steadily since 1987. ‘During the most recent count in 2015, their population in the Central-North Atlantic was estimated at 37,000, or triple the number from 1987,’ it said. Iceland, along with Norway, openly defies the International Whaling Commission’s 1986 ban on whale hunting. — AFP

This ought to get businesses Russian in

Russian President Vladimir Putin has called for fewer criminal proceedings against businesses, days after the arrest of a prominent US investor in Moscow. ‘In order to achieve the great tasks our country faces, we need to get rid of everything that limits business freedom,’ Putin said in his annual state of the nation address. A business can fall apart due to probes ‘launched for unclear reasons’, causing 130 people on average to lose their jobs, Putin said. Last week, Russia arrested prominent US and French investors on suspicion of fraud. It is the latest in a long line of cases in which top business people have been accused of crimes motivated by commercial or political interests. — AFP
ANY REASON SHE CAN'T SKI? NUN A cross-country skiing nun makes her way across the artificial snow in Prague.
Image: Michal Cizek/AFP

The rise and fall of EOH: When heavenly growth goes to hell

Knives out for AngloGold’s Mponeng, but who will buy it?

Prospects for world’s deepest mine, at 4km below the surface, do not look rosy under new Canadian CEO

High time for cops to come down hard on illegal mining

Why do mining companies have to take on almost sole responsibility and expense of keeping their assets safe?

Fear and clothing: Karl’s naked nuggets and me

The nose knows: Why it’s only natural to like earthly scents

Five of the most beautiful objects in SA, yeah or bleurgh?

What you see is not what you get from Temba Bavuma, who stands tall when it matters

Blasts from the past: Hekkie shuts the gate on Silvestre