McBride vs Cele: Ipid’s probe into a probe fans the flames

BEHIND CLOSED DOORS: This is what Semenya’s experts would argue

The Banting guru has reversed his stance on sugar substitutes such as xylitol, isomalt and erythritol

Toddler flogged with cable and forced to eat her own faeces

This land ain’t up for grabs, Ethekwini tells invaders

On the other hand, gay men have been found to be, on average, thinner than straight men

Some choice words about life’s choices

It all started when I realised I was turning into my grandmother, and before long I started turning into a beachball

When Tito Mboweni compared us to Russia, I can only hope that he was employing empty rhetoric

Too many unrighteous dust bunnies on this lazy old f-word

A matric pupil collapsed and died during a physical training session at Liverpool High School in Benoni on the East Rand on Thursday, the Gauteng education department has confirmed. The department said it was saddened by the incident. "A Grade 12 learner collapsed during physical training at Liverpool High School in Actonville. Unfortunately, the learner was certified dead," said department spokesperson Steve Mabona. He said education MEC Panyaza Lesufi had visited the school to convey his condolences. Counselling would be provided. "Our psychosocial unit will be dispatched to the school [on Friday] for necessary counselling,” said Mabona.

The Durban High Court has granted the Durban University of Technology (DUT) a temporary interdict barring students from protesting near any of its campuses. The university filed the urgent interdict on Wednesday against 22 respondents, including the university's entire student representative council (SRC), the EFF Student Command as well as all registered students. This follows three weeks of disruptions at the five Durban campuses. The order, which both the university and the respondents consented to, stated states that students will not be allowed to protest or march within 150m of the university or incite violence. Sesiyanda Godlimpi, president of the EFFSC-led SRC said this was an attempt by the university to silence students. The interdict was extended until March 8, by which date responding affidavits must be filed.

SA will extradite Mozambique's ex-finance minister Manuel Chang, held in a Johannesburg jail since December on a US-issued international arrest warrant, a respected news site reported on Thursday. Chang, 63, was arrested at Johannesburg's OR Tambo International Airport on December 29 over his alleged involvement in $2bn of fraudulent loans to Mozambican state firms. His own government issued an extradition request for Chang on suspicion of financial misconduct. Last week, he lost a court bid to be freed on bail. Now SA's foreign minister Lindiwe Sisulu has said Chang will be handed over to Maputo "to be tried", she told the Daily Maverick. "We believe that is the easiest thing for everybody. "As soon as we are done with the Interpol case, we will allow Mozambique to have their former minister back." The process would be "expedited". Chang is due back in court in Johannesburg on February 26.

A Port Elizabeth father and his seven-month-old daughter were shot and killed in their bed in a suspected hit. Siyabulela Vena, 40, was shot a number of times and his daughter Asesakhe was shot more than twice, while they were lying in bed in their Soweto on Sea, Zwide, home. Asesakhe was lying between Vena and his 32-year-old girlfriend, who escaped unscathed. While the motive for the brutal murders remains unclear, police confirmed it was probably a targeted hit. This brings the number of people killed in apparent hit-style murders in Nelson Mandela Bay to 11 since late January. Police spokesperson Captain Andre Beetge said the attack occurred at about 10.20pm on Wednesday when the couple had just gone to bed. The motive had not been established. Police were alerted shortly after the shooting.

A surgeon used a pocket knife and a basting needle to perform emergency surgery that saved the life of a road accident victim. Dr Wimpie Odendaal, who works at Netcare Blaauwberg Hospital in Cape Town, was in Port Elizabeth on holiday and was the first to arrive on the scene of an accident that left a motorcyclist critically injured. Odendaal and his doctor wife, Christa de Wit, realised the biker had a collapsed lung. Odendaal said he shouted to the gathered crowd to ask for a sharp object to open a hole between the man’s ribs to release pressure. “I was offered a pocket knife, and had no other choice than to use … If not for this emergency intervention, the man would most likely have died within minutes." The patient’s condition briefly improved, and Odendaal used a basting needle from a nearby householder to keep the hole in the patient’s side open. Soon an ambulance arrived and the man was taken to hospital. According to Odendaal, the man spent several weeks in hospital recuperating.

The KwaZulu-Natal Sharks Board will replace shark nets at certain beaches along the coastline with drumlines to reduce catches of harmless marine life such as dolphins and turtles. Greg Thompson, the board's head of operations, said that on March 1 drumlines would replace nets at all beaches between Westbrook on the north coast and Umgababa on the south. "The nets have been very effective in reducing the risk of shark attacks but there is an environmental cost. "Not only do the nets catch potentially dangerous sharks, they also catch certain shark species that pose no threat to bathers, as well as various species of dolphin, whale, ray turtle and, occasionally, large bony fish," said Thompson. A drumline consists of a single large baited hook, suspended from an anchored float, and forms an alternative method of fishing for potentially dangerous sharks.
RED MYSTERY A performer dances during a folk art performance in Beijing.
Image: Reuters/Jason Lee

A Durban woman sitting in peak hour afternoon traffic on Tuesday on the M4 was injured when a stranger came up to her car, snatched her wig off her head and ran away. 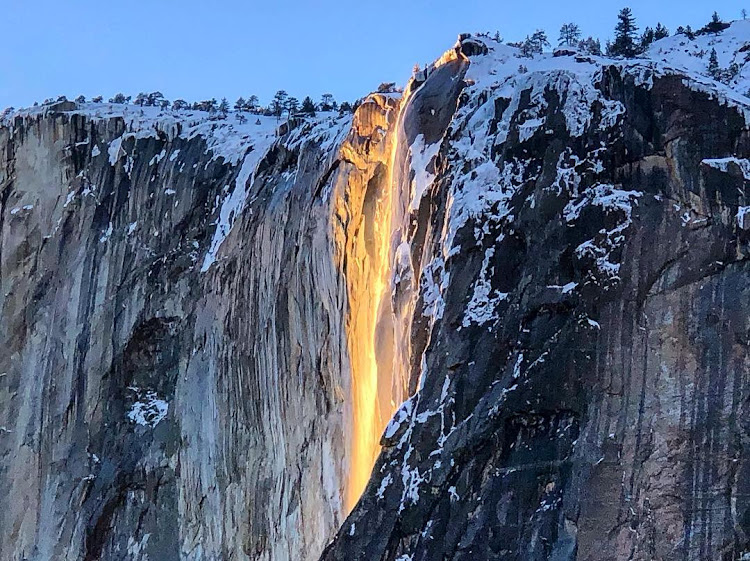 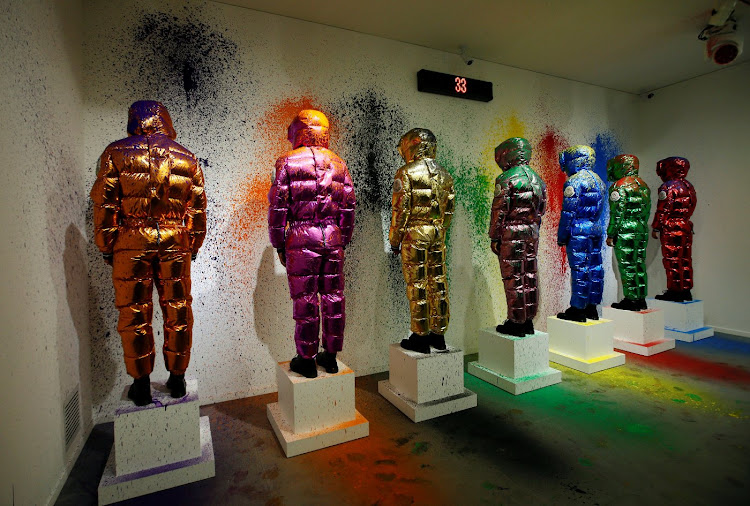 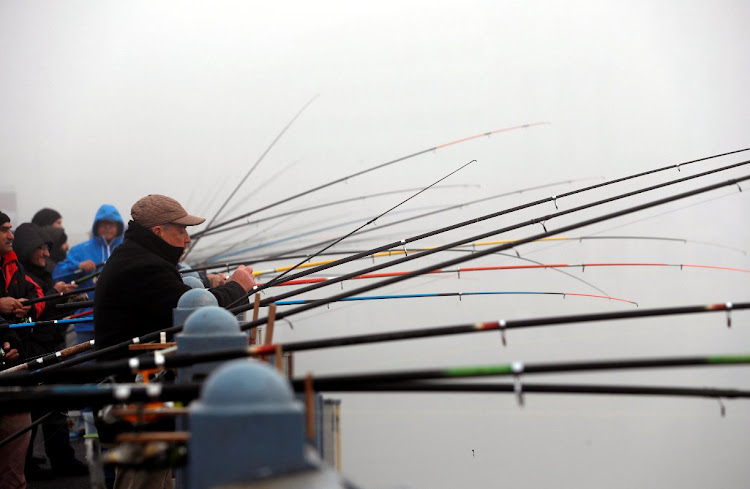 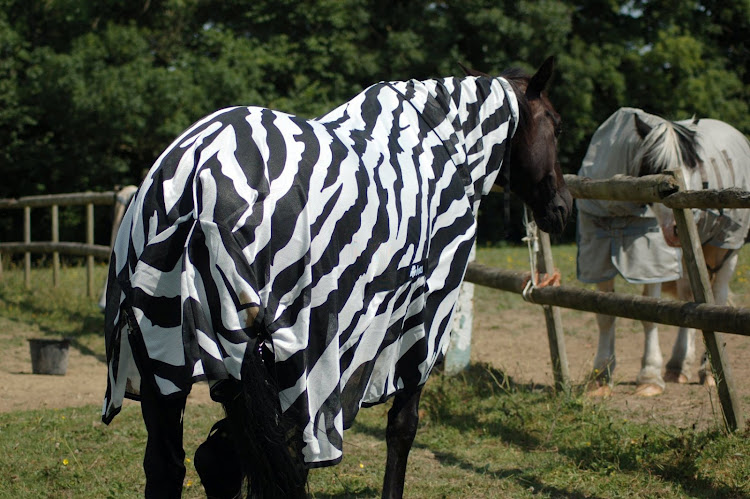 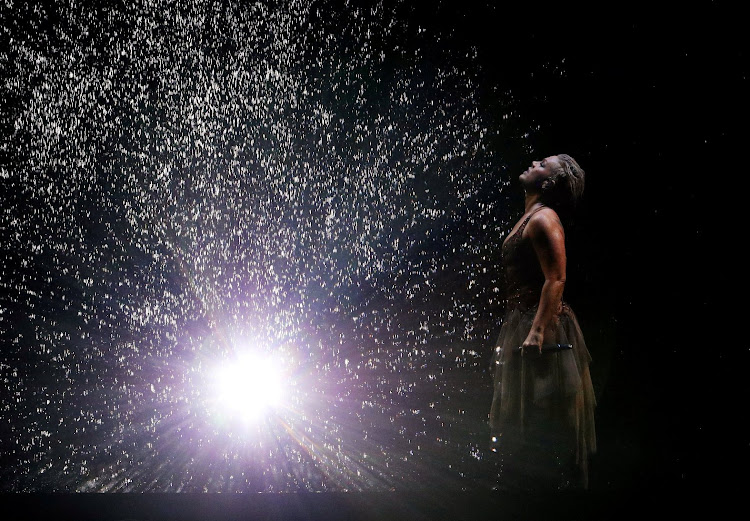 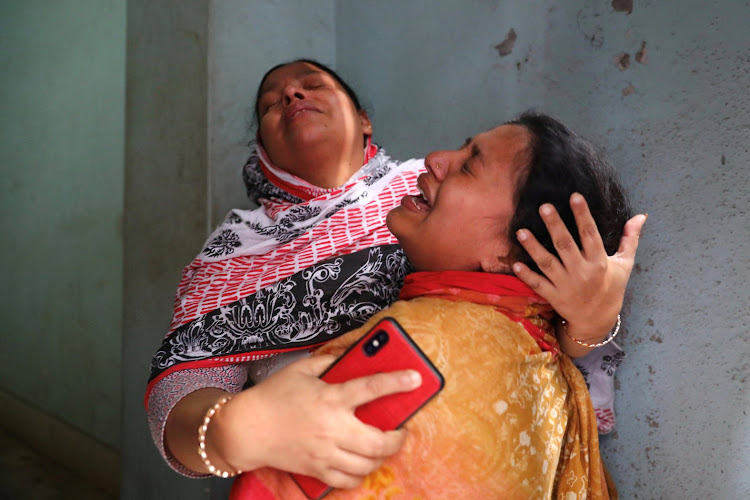 Obstruction of Jussie: What’s really going on with Smollett?

Not only is the actor facing jail time, but he may have to pay for the huge cost of the investigation

Singapore Airlines insisted on Thursday that cameras on its planes' entertainment systems had been disabled after an outcry online from worried passengers who spotted the tiny lenses peering at them. Travellers raised the alarm on social media over the cameras at the bottom of seatback screens on a number of the Singapore flag carrier's newer aircraft. The airline confirmed that some of its latest in-flight entertainment systems did have fixed cameras, but assured passengers they had been disabled. "These cameras have been intended by the manufacturers for future developments,” it added. – AFP

The Pacific nation of Vanuatu has announced plans to ban disposable nappies in a move it says will significantly reduce pollution. Foreign minister Ralph Regenvanu announced the ban this week, saying plastic cutlery, polystyrene cups, plastic drinks stirrers and types of food packaging would also be outlawed. He said research showed disposable nappies were the largest single item of household waste in the capital. Vanuatu is one of several Pacific nations severely affected by climate change and prides itself on showing environmental leadership. In 2018 it became one of the first countries in the world to ban single-use plastic bags. – AFP

Red-hot hit is Xi to hearts and minds

A propaganda app that puts China's powerful President Xi Jinping in anyone's pockets has become a hit in the country, with a helpful nudge from Communist Party officials. Millions have downloaded the app, which tracks the amount of time users spend browsing inspirational quotes from the Chinese leader and watching short videos of his speeches and travels. People are rewarded with points for sharing articles or answering quizzes on communist heroes, and one day they may be able to redeem their scores for gifts such as pastries and tablets. But it's not all fun and games. Some people say they felt pressured to download it. – AFP

La revolución begins with an ‘e’

Custodians of the French language are reportedly on the verge of enacting a linguistic revolution by finally accepting that job titles may take the feminine form. For centuries, the Académie Française, created in 1635 to "fix the French language, giving it rules, rendering it pure and comprehensible by all", refused to allow words such as "professeur" (teacher) or ingénieur (engineer) to be "professeure" or "ingénieure". It argued that to add an "e" would "end up with proposals contrary to the spirit of the language". But the institution has now changed tack after it faced accusations of linguistic sexism. – © The Daily Telegraph

Zebras earn their stripes on the fly

A zebra’s stripes are not just for camouflage, scientists have discovered, after finding that their patterned coats disorientate bloodsucking horseflies. Researchers at the University of Bristol tested whether flies were more likely to attack zebras or horses at stables in North Somerset, and found they landed on zebras 25% less often. Dr Martin How, a Royal Society research fellow in the School of Biological Sciences, said the stripes "disrupted the visual system of the horseflies". – © The Daily Telegraph

Trump and Kim put a little summit in the beer

Kim Jong Ale? Rock It, Man? Or how about a glass of Peace Negroniations? Bars in Vietnam's capital Hanoi are cashing in on the second summit between US President Donald Trump and North Korean leader Kim Jong-un next week with special concoctions to mark the high-stakes diplomacy. "This beer was inspired by the pure streams of Mount Paektu between North Korea and China," Nguyen Thi Huong Anh, manager of Hanoi's Standing Bar, said of the Kim Jong Ale. The mountain is the official birthplace of the late North Korean leader, Kim Jong-il. Other enterprising businesses hope to cash in on the occasion include a barber who is offering free haircuts to anyone wanting to copy Trump and Kim's distinctive locks. - Reuters
HOPING FOR A CLEAN SWEEP A seagull hunts for food over the Yarra River in Melbourne.
Image: William West/AFP

Why is SA ungovernable, and why do we like it that way?

Woolworths: Blurry plans may just be coming into focus

Judged by its latest results, Woolies is not yet in the clear. It has made blapses, but seems to be fixing them

Discovery cashes in big on its DriveWell tech platform

‘Breaking Bad’: We meth you so much, please come back

Crystal clear that a movie sequel to the TV drama is very much in the works, but no one knows when

Hot streaming pith: Purge your diary and binge on this

Absorbing stuff to watch this weekend

What’s new in cinemas this weekend

SPORTS DAY: ‘Stormers can’t be worse than against Bulls’

A repetitive slow-motion car crash, and that’s not the rugby

Despite their great players the Stormers are in a horrid mess, fighting with a feeble coach and a bitter Paul Treu

Blasts from the past: Black Knight chops Golden Bear