ANALYSIS: SA laughs off the Eskom crisis as capture rogues make a comeback

As the likes of Molefe and Koko reinvent themselves, it's unhelpful to giggle at our most terrifying crisis in 25 years

‘It’s grotesque’: the NPA is obsessed with me, says Zuma

Game might be up for slippery ‘child rapist’ hiding in SA

Baby was left for dead. Now everyone wants to make her theirs

Hundreds want to adopt the baby rescued from a drain, but  there are half a million other babies waiting for a home

Top insurer gets a R40m wigging from judge

She comes to man’s rescue after Renasa accused him of arson, then refused to pay him when he won in court

The murky mystery of the missing diamond mine guard

He vanished after reporting a burglary. Then his belongings were found. After two months, his family fear the worst

Facebook face-off: don’t throw cobblestones if you live in a glass house

Speed up time, please – many South Africans want to get old

The best things about becoming old is less stress, more family time and giving up work, a global study finds

Do Cyril and Tito dare break the racial quota taboo at Eskom?

It's hard to see the point of the stick-waving, buttock-showing display of masculinity on Muizenberg beach

Can you be fat but fit? Here’s the skinny: it depends who you ask

Scientists are sharply divided over this 'obesity paradox', and whether it's better to be 'slim, but sedentary'

Firefighters save Franschhoek, but fight continues

The usual convoy of buses ferrying tourists from one wine farm to another in Franschhoek was upstaged by a fleet of firefighting vehicles and helicopters on Tuesday. The vehicles stationed themselves beneath the Huguenot Monument at the foot of the Franschhoek Pass, which has been closed since Monday. On Tuesday afternoon a crew of 175 firefighters and support staff were tackling a blaze in the Hottentots Holland, Jonkershoek and Limietberg nature reserves, near Theewaterskloof Dam. After struggling to control the blaze, firefighters from the Cape Winelands Municipality and Working on Fire were able to prevent the flames from crossing the mountain towards Franschhoek. Cape Winelands interim fire commander Jaco Thuynsma said while they had managed to stop the fire from spreading towards buildings or vineyards, they were still wary of changing wind conditions and the hot, dry conditions. Some Franschhoek residents fled their horses amid the heavy descending smoke, although no evacuation directive had been given.

Parliament gets 323 applications for 8 SABC posts

Almost a third of the people who applied to fill the eight vacancies on the SABC board were young people looking for internships. Unfortunately for them, they will remain on the sidelines as their applications were set aside by parliament as unsuitable. The portfolio committee on communications is recruiting candidates to fill vacancies on the SABC board, which is currently inquorate and cannot take legally binding decisions. The committee will finalise its shortlist next week and interview the short-listed candidates a week later. The committee heard on Tuesday morning that there were 323 applications received – 80 of them from a previous recruitment process that was not finalised in 2018. The remaining 243 came in over December following the resignation of four board members in November.

The biggest worries for South Africans are service delivery, job creation and government mismanaging the economy, according to an Ipsos poll released on Tuesday. Respondents were asked if they believe the government is handling policy issues "very well", "fairly well", "not very well", "not at all well", or "no comment". Just under four in 10 (38%) said the government is managing the economy very or fairly well, while almost six in 10 disagree (59%). Less than half (44%) of South Africans eligible to vote say the government is dealing with service delivery well but more than half (53%) believe it is faltering. Just under three in 10 believe SA is heading in the right direction. Ipsos interviewed 3,571 South Africans, 15 and older, from October 23 to December 4 2018.

Lion on loose in Beaufort West

There is a lion on the loose near the town of Beaufort West. The big cat escaped from the Karoo National Park at the weekend, prompting warnings for anybody cycling or hiking close to the park. The lion was first spotted on the northern boundary of the park on Friday. Tourism Beaufort West posted an update on Monday, saying a new spoor had been found about 7km from the park boundary. It is not the first time a lion has escaped from the park. Sylvester famously escaped twice, in 2015 and 2016. During his first escape‚ in June 2015‚ he evaded capture for three weeks and wandered more than 370km.

Three security guards were kidnapped and later dropped off on the highway early on Tuesday morning after a failed break-in at the Alberton Lifestyle Centre. West Pack Lifestyle Alberton manager George Frade said when he arrived at work at about 6.30am he heard that suspects had tried to break in at Baby and Company. "They then took (the security) guys hostage and dropped them off somewhere near Johannesburg and drove off." Frade was unsure if the security guards were harmed as they were working the night shift and knocked off after they were freed. Graphite Security regional manager Marius Nel said five armed perpetrators tried to break into the shop at about 5am. The crime was foiled when security guards pressed the panic button. One guard, who was pistol-whipped, was admitted to hospital. The other two were unharmed.

Iconic Vrye Weekblad is back

Tiso Blackstar Group has confirmed the return of Vrye Weekblad, the historic anti-apartheid Afrikaans newspaper which shut down 25 years ago after revealing the Vlakplaas death squads. Founding editor Max du Preez is again at the helm and is joined by some of the same squad that investigated the apartheid-era government a quarter of a century ago. Vrye Weekblad will be published weekly in a digital format. Du Preez says that while it will be published in Afrikaans, it is not only for the Afrikaans community. Joining Du Preez as co-editors is author of The President's Keepers Jacques Pauw and Anneliese Burgess, author of Heist! The first six editions will be for free, with the first edition out in April. Tiso Blackstar Group is the publisher of Times Select.

Nelson Mandela Bay Metro Police (NMBMPD) stopped a Toyota Quantum when they noticed it was overloaded on Monday. Forty-eight people including the driver were counted in the taxi. 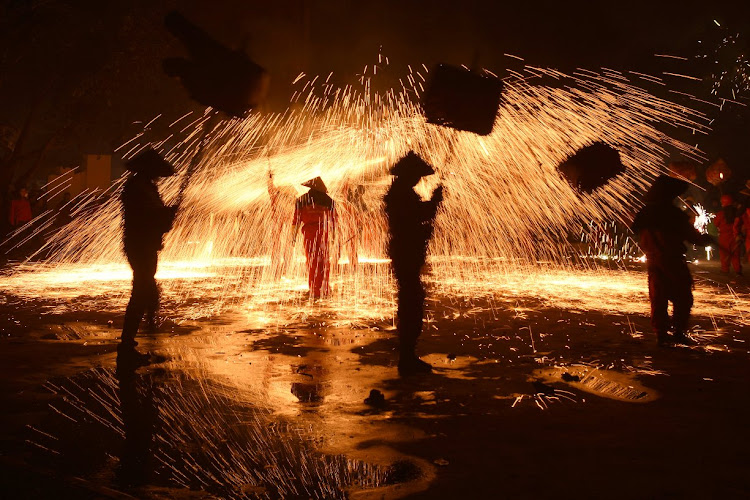 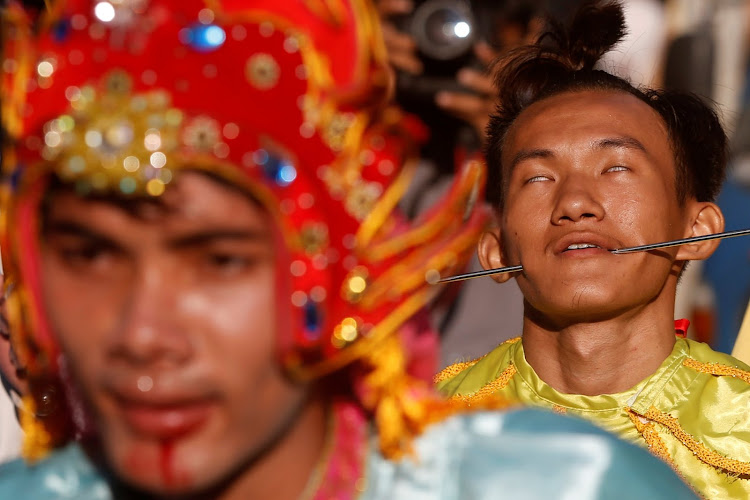 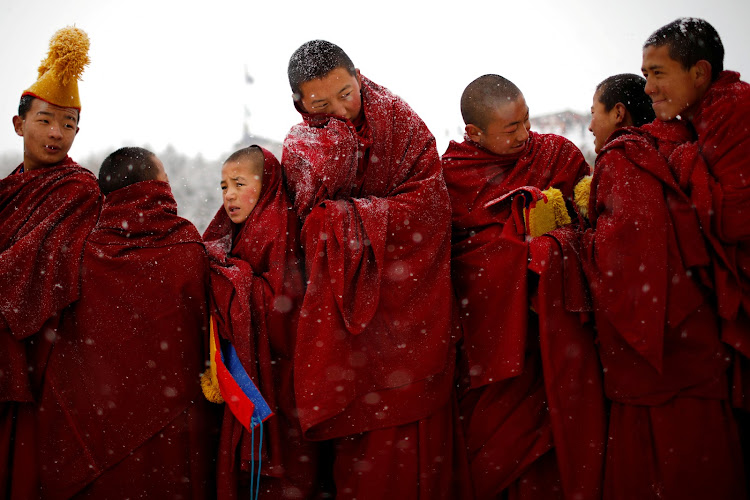 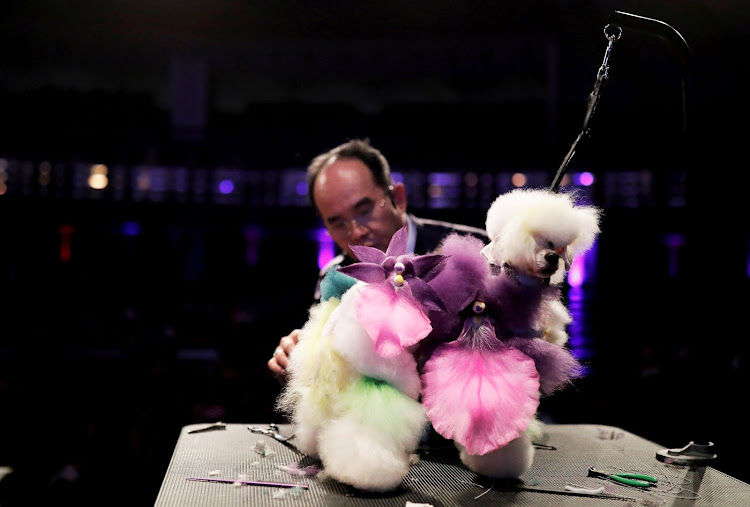 The social network is considering setting up a ‘supreme court’, which could change everything

The discovery is ‘a new window on the universe’

Abuse survivor obeyed predator priest 'like a robot' for years, but Catholic Church has yet to recognise her as a victim

An elite panel is born: Who votes for the Oscars, and how?

The voting process is confounding, especially picking a best picture winner that ‘most people can live with’

You can do that at the Oscars? Yes, you cannabis

Oscar nominees on Sunday will receive $100,000 gift bags that include cannabis-infused handmade chocolate truffles. California recently legalised the drug for recreational use. Other freebies for the stars will include ‘phobia relief’ sessions with ‘the world’s number one phobia expert’. – The Daily Telegraph

Nigeria’s one-week delay to the elections has ruined citizens’ wedding plans this weekend. This has cost the couples set to marry a lot of money and attendance. Officials said several couples who had booked ceremonies at the marriage registry had rescheduled, creating significant administrative issues. – AFP

Bangladesh authorities have blocked 20,000 websites as internet providers have been forced to take down pornography and gambling websites in the past week. This comes after a civil society organisation filed a petition stating that a large number of adult sites contain obscene content. – AFP

An alleged cat burglar from Hong Kong reportedly smuggled two stolen kittens through Taiwan’s biggest airport by hiding them under her clothes and pretending to be pregnant. The woman breezed through security, but footage shows the woman leaving a public bathroom plumper than when she entered. – AFP

The artist is present, but not really

Artist Marina Abramovic appears as an augmented reality avatar in a new London show. In ‘The Life’, visitors don headpieces to view her 19-minute performance as they move through the gallery. The performance shows how the physical body ‘can also actually exist in a virtual body’, says Abramovic.

Australia officially declared a Great Barrier Reef rodent extinct on Tuesday, making it the first mammal believed to be killed off by climate change. The rat-like Bramble Cay melomys has not been spotted in a decade. Researchers determined the cause as ‘almost certainly’ the repeated ocean inundation of a low-lying island on a coral reef. – AFP
A GIRL AND HER BESTIE A Yazidi girl who was kidnapped by IS militants is at a refugee camp in Iraq.
Image: Reuters/Khalid al-Mousily

Fast-food stocks are not to everyone’s Taste: here’s why

Since peaking in July 2015, the Taste Holdings share price has fallen 97%. Blame Starbucks and Domino's

Super Group: Come along, guys, cough up the dividends

Market might have lost interest due to its stingy payouts, but higher earnings could change that

I’ve got ethics sense about this ‘health store’ malarkey

In a world of appalling food production and nutritional nonsense, Organic Emporium is a corner of sanity

If there aren’t luscious pics, how can you show off to  friends and family that you are #LivingYourBestLife?

Sharks prop is still only 21 and has already seen Super Rugby action ... plus lots of practice against Mtawarira

Blasts from the past: Pollen’s equaliser not to be sneezed at