Well done, Cyril, but move fast. The state capture gang is out to get you

Land reform: Here are the 3 plans Cyril’s experts are considering

From the pro-market to the 'radical', the models do converge on the idea that it must be led by demand

You can bet the farm on giving land to women, says expert

From the jaws of a croc: attack survivor finishes Midmar Mile

For 72-year-old Peter Knottenbelt, the swim was proof that he'd finally fought off the croc that attacked him

Are you overpaying? Check right now

Companies are quick to punish consumers for debt, but watch what they do when they owe you

Report on Anthony Mostert centres on corruption, extortion and mismanagement at FSCA

Pretoria staff go to court for help, claiming their lives are at risk after inhaling toxic fumes, which factory denies

Can 2010s pop be that bad? Golden oldies rock Millennials

Following the success of the Freddie Mercury biopic, it is clear young people prefer music from before they were born

Dammit, gannet! How they outwit scientists when sardines run out

The boffins thought an easy option would be to harvest waste from fishing vessels. The birds had other ideas

aerial combat Nico Vink of Belgium and Andreau Lacondeguy from Spain show off their freeride mountain-biking skills at DarkFEST 2019 in Stellenbosch at the weekend.
Image: Brenton Geach/Gallo

The SA National Editors Forum (Sanef) says it would like an urgent meeting with communications minister Stella Ndabeni-Abrahams over her blocking SABC journalists from doing their job. Sanef condemned the minister's actions in blocking the journalists from covering a protest at an ANC manifesto launch in Mount Frere in the Eastern Cape on Saturday. Irate supporters stormed the rally, complaining about poor service delivery. Journalists from the SABC and other media were among those blocked. Video footage showed Ndabeni-Abrahams preventing the journalists from covering the protest and ordering them to cover what they came for and not to give coverage to "people that are out of order". Ndabeni-Abrahams said she would like to offer her sincere apologies for "an incident" with some members of the media. "I wish to assure the media and South Africans at large my unreserved commitment to media freedom. I sincerely regret the incident," she said.

Fraud claim as backers turn on ‘Call Me’ Makate

Drama has continued to ensue in the Please Call Me matter involving Nkosana Makate, who gave the idea for the service to Vodacom. In the latest episode, Makate has opened a fraud case against his former funders, Raining Men Trade, which was placed in business rescue in January, allegedly after not receiving payment from Makate. Raining Men Trade, a litigation-funding company, claims it bankrolled Makate's case in the North Gauteng High Court against Vodacom over compensation he said was due to him for the Please Call Me idea. At the time, Raining Men Trade instructed Makate to settle for no less than R650m. But Chris Schoeman, a director of Raining Men Trade, said this week the company now wanted Makate to accept the R49m that Vodacom reportedly offered him in a settlement in January. The company believed the offer was fair. Makate's refusal to take the deal had left Raining Men Trade in the lurch.

Sibanye draws line in the sand

Neal Froneman, the CEO of gold and platinum miner Sibanye-Stillwater, says the outcome of its three-month standoff with the Association of Mineworkers and Construction Union (Amcu) at its three gold mines will have significant consequences for the local mining industry. "Caving in to their demands would be catastrophic in the bigger picture," he said. Speaking to Business Times shortly after mining minster Gwede Mantashe told the mining indaba in Cape Town that SA was a safe venue for mining investments, Froneman said the Labour Relations Act gives the lie to this. It gave unions like Amcu that used violence and intimidation an unfair advantage over companies like Sibanye. Amcu embarked on a no-work-no-pay strike at Sibanye's three gold mines in November, demanding a R1,000 monthly increase. The other unions have agreed to R700 a month for the first two years of the three-year wage deal, and R825 a month in the third.

The High Court in Johannesburg held on Friday that statements made by the former mayor of the city, Parks Tau, in 2016 about current mayor Herman Mashaba were defamatory. Mashaba approached the court for relief pending the finalisation of a defamation lawsuit over comments Tau made alleging Mashaba was sexist and anti-black. At a funeral of an ANC councillor on August 28, 2016, Tau said: "The city is today led by a man who believes women who are senior executives prostituted themselves to be in the jobs they are in. He says that in fact for them to earn the positions that they are in they had to sleep with the leadership. We have heard views from the mayor, Herman Mashaba, who says that in fact if it were up to him he would not want to be black." The court said Tau’s comments "stretched the boundaries of legitimate political criticism into character assassination".

Controversial media owner Iqbal Survé has been using the bank account of one of his companies, which received billions in government pension money, as his personal piggy bank. Ayo Technology, in which Survé is a shareholder through African Equity Empowerment Investments (AEEI), formerly Sekunjalo Investment Holdings, has been courting controversy since the Public Investment Corporation (PIC) announced it would invest R4.3bn in it to create the largest black-owned ICT company in December 2017. The PIC paid R4.3bn for a 29% stake at R43 a share, when the company's real value at the time was said to be about 15c a share. The PIC also partly funded Survé's acquisition of Independent Newspapers in 2013. Survé has repeatedly denied allegations of financial mismanagement at Ayo, citing the company as a model of good governance and a model for empowering black people, trade unions and smaller groupings. Repeated attempts were made to contact Survé for comment. On Thursday, Survé promised to give his side of the story on Sunday, but did not.

Pupils of Hoërskool Driehoek were left shocked and saddened after a walkway collapsed while pupils were returning from assembly on February 1. The collapse claimed the lives of four pupils who were laid to rest last week in Vanderbijlpark. Scores of people supported family and friends as they said their final goodbyes. 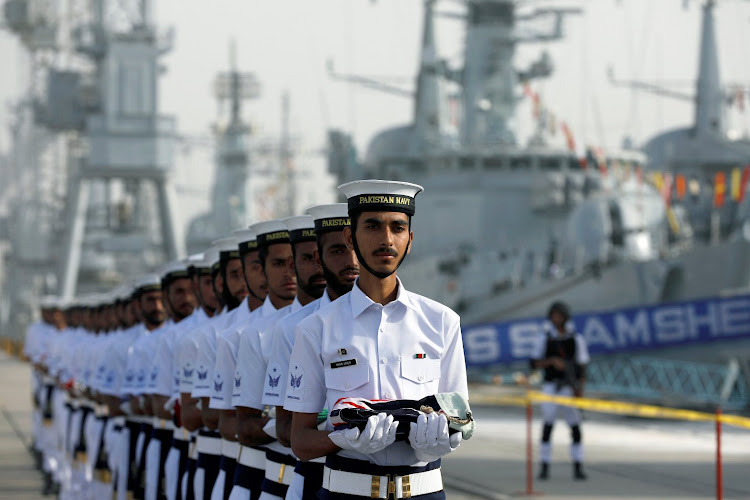 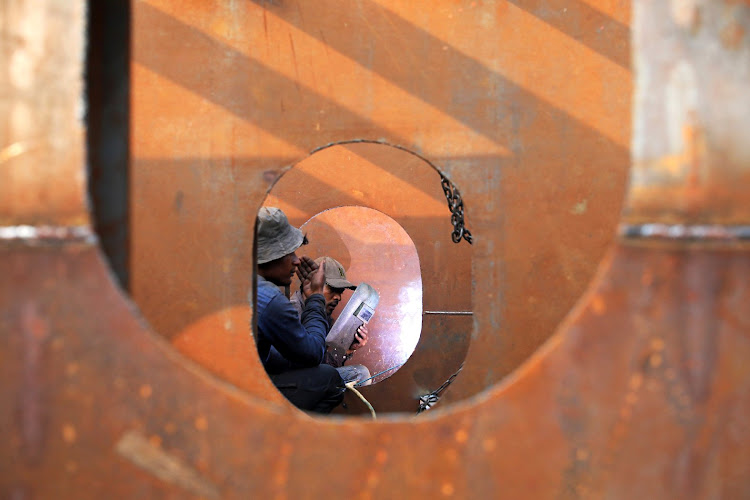 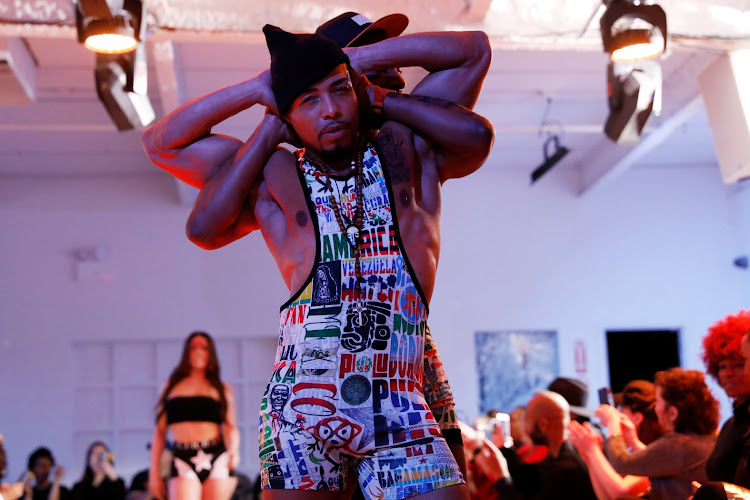 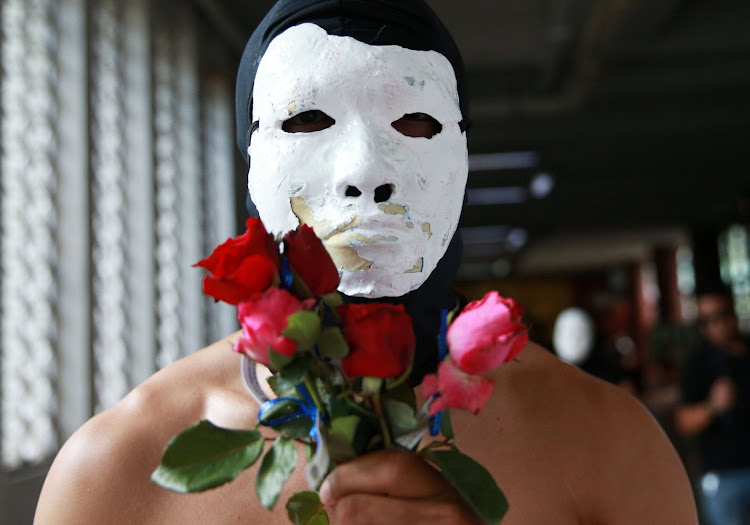 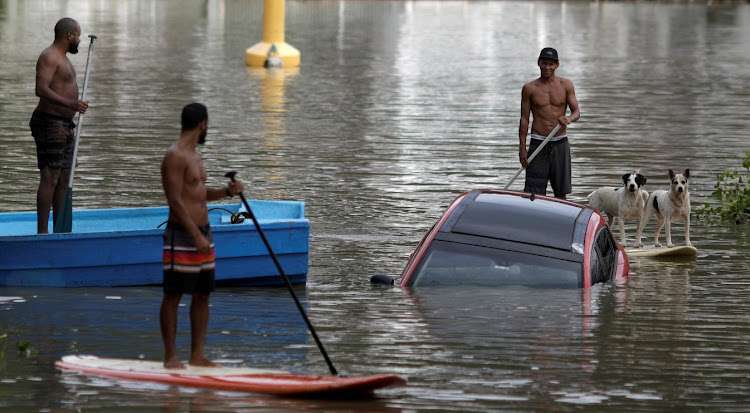 He’s gotcha by the Pecker! Tabloid’s ‘blackmail’ of Bezos backfires

A world of good: we all share the same 7 moral codes. Can you guess them?

Despite appearing like Western principles, they transcend continents, religions and politics, a study has found

You couldn’t make it up. Or could you? The author who lied about everything

Virtues of necessity: get ready for the ‘woke’ red carpet season

As awards season heats up, we looks at how the stars will shine a spotlight on their social conscience

A passenger plane flying from Auckland to Shanghai was forced to turn back after five hours in the air because it did not have permission to land, officials said onSunday. ‘Midway through our flight, the pilot informs us that Chinese authorities had not given this plane permission to land, so we needed to turn around. A permitting issue, supposedly," a passenger said. After returning to Auckland, the airline texted passengers to say the flight had been rescheduled and would depart on Sunday night. – AFP

The maxim ‘beer before wine and you’ll feel fine, but wine before beer and you’ll feel queer’ is advice which has been followed by generations of drinkers eager to avoid a hangover. Yet a new study suggests the order of drinking does little to stave off nausea and a throbbing head. Researchers asked volunteers to drink two and a half pints of beer followed by four large glasses of wine, while a second group consumed the same amount of alcohol in reverse order. The next day they were asked to rate their hangover on a score of 0-56. After recording the levels of hangovers from both groups, researchers concluded there was no difference. Put simply, if you drink too much, you’re still likely to be ill whether you follow the rule or not. – The Daily Telegraph

Meet the world’s most brainy fish

Fish may be self-aware, scientists have said, after the first species passed the well-known ‘mirror test’ which demonstrates self-recognition. Only a few animals such as humans, apes, dolphins and some birds can recognise themselves in a mirror. The ability suggests a level of higher intelligence and awareness which is not shown by children until around 18 months. Until now no fish has demonstrated the ability. But experiments show the cleaner wrasse will scrape up against hard surfaces to remove marks placed on its body by researchers, after viewing itself in a mirror. – The Daily Telegraph

The wheels come off for Prince Philip

The Duke of Edinburgh has given up driving in the wake of a crash which led to his car overturning, Buckingham Place announced on Saturday night. The duke, who is 97, has voluntarily surrendered his driving licence after ‘careful consideration’, a spokesman said. The decision had been predicted by legal experts, and brings an end to the possibility of the duke appearing in court. - The Sunday Telegraph

The spectacular start for Fortnite rival Apex Legends continues as the CEO of developer Respawn announced that the game had reached 10 million players in just 72 hours. Fortnite, the most popular video game on the planet right now, took two weeks to reach the same milestone. The battle royale game is based on Respawn's ‘Titanfall’ universe and was released as a surprise free-to-play title last Monday. Apex Legends reached a million players just eight hours after launch and 2.5 million after one day. – The Daily Telegraph

Airbnb meets its match in Paris

The City of Paris is suing Airbnb for publishing 1,000 illegal rentals adverts, which could cost the American rental website more than $14m. Under French law, home owners in Paris can rent out their places on short-term rental platforms for up to 120 days in a year. Adverts must include a registration number to help ensure properties are not rented out for longer. Paris passed a law in 2018 which makes companies such as Airbnb punishable by fines of 12,500 euros per illegal posting. - Reuters
WELL-FED A man feeds birds in St James Park in London.
Image: Reuters/Henry Nicholls

Cyril’s Sona presents a poser for investors and GDP forecasters

While Ramaphosa made all the right noises, scepticism about growth and the ability to turn it linger

Their number’s up: proposed law to crack down on auditors

You have to actively plan for a good night’s sleep

Are exclusive items becoming obsolete as gadgets become more desirable? The answer could well be yes

So, you’ve got talent, skill and confidence – it’s not enough

At 19, Wiaan Mulder has cracked the nod for the Proteas again, but older players could tell him some cautionary tales

Blasts from the past: Helman nets in 1998 Afcon defence