It was going so well ... until Marais threw FF+ deep in the brown stuff

All the FF+ had to do was find a brown man called Pieter or Peter. What could go wrong?

ANALYSIS: ANC can’t distance itself from Mokonyane and Co

It must punish those who use its name to reap corrupt rewards, or accept the consequences of tolerating corruption

Capture: ‘We dug a hole, burnt the evidence and then faked a server crash’

‘They're killers’: Why I won’t help a white beggar

SA's mysterious fish traps are finally getting the recognition they deserve

Little girl makes maths look as easy as counting to 10

ANC’s overblown manifesto has a Clinton-Lewinsky feel to it

Even if you could believe the anti-corruption pledge in the document, its lists would be politically anorexic

When, not if, China cracks it will suck Europe down with it

People have this stupefying belief that China is different from everywhere else and can grow to the moon. Not so

Menopause for thought: The truth about hormones and midlife fitness

The sole witness in a murder case against two Coligny farmworkers was allegedly offered R3m to lie about his testimony. Bonakele Pakisi, whose testimony ensured that the two farmers were convicted in 2018, said he was shown a firearm and was forced to read a prepared statement to "confess" that he had lied in court. Afrikaans Sunday newspaper Rapport revealed a recording in which Pakisi confessed to have lied in court in 2018. The latest development could see the two accused, Phillip Schutte and Pieter Doorewaard, freed. They were found guilty of killing 16-year-old Matlhomola Mosweu at Rietvlei farm in Coligny in April 2017. Pakisi was kept in witness protection for the duration of the trial and was only released in August. He allegedly survived two attacks at his home about two weeks ago. On Monday, Pakisi went to the local police station and told police that he had been forced by a relative of one of the accused to lie.

Edward Zuma did not pay the outstanding amount of his fine for hate speech due to a dispute with his lawyer. On December 22, the Equality Court ordered former president Jacob Zuma's son to fully pay the settlement of R60,000 within 30 days or explain to the court why a warrant for his arrest should not be issued. On Tuesday the court heard that Zuma had paid the outstanding R12,500 owed to Ohlange High School as part of the fine into his lawyer's trust fund - but the law firm assumed it was a portion of fees owed to them. "My client has asked me to ask the court to give him seven days to rectify this," Zuma's lawyer, Ayanda Mkwananzi, told the court. In December he told the court he did not know whether Zuma was "dead or alive" since repeated text messages and calls went answered.

Man burnt to death in Pretoria

Police are investigating a murder after a man was burnt to death In Pretoria on Monday morning. Constable Herman Moremi said police found burning tyres, plastic, rocks and sticks at the crime scene in Eersterust. “A community member who was busy at his farm, saw plus-minus six vehicles full of people around the bushes and later he heard the man screaming for help, then he saw big smoke from that side,” Moremi said. “He called other farmworkers and went together to check what’s happening and they found the deceased burning.” The police have opened a murder case. No suspects have been arrested. “The deceased is unknown at this moment and we urge anyone who is looking for a family member or with information about the suspects to come forward or call Temba police on 012 717 9000.”

Robben Island was Cape Town’s star tourism performer in December, increasing visitor numbers by 28%. This was mainly the result of improvements in operations, and came at the end of a year in which the island’s overall visitor numbers were down 10%, Cape Town Tourism said on Tuesday. The shortened school holiday hit tourism numbers, it said. “Many locals opted to ‘staycation’ and visited local attractions and experiences.“ The Table Mountain Aerial Cableway had also reported an increase year-on-year for December of 6%, after ending the year 3% down for the whole of 2018. The V&A Waterfront’s visitor figures for December were 2% lower than in the same period in 2017, as were those for the Two Oceans Aquarium and Cape Point. International passengers at Cape Town International Airport were up 4% year-on-year in December and over 9% in total for 2018, at 2.4 million passengers, according to Airports Company SA.

A Port Elizabeth man who was beaten to death by an angry mob after being accused of raping a seven-year-old girl was innocent, police say. Mava Fundakubi, 52, was killed near his house in De Vos Crescent in Shukushukuma, Motherwell, on Saturday night. The murder stems from a seven-year-old girl living in the same street as Fundakubi alleging that she had been raped by him. She allegedly led an angry mob to Fundakubi. Police have now warned residents not to take the law into their own hands, since innocent people are being killed. Police spokesperson Captain Andre Beetge said the examiner’s report revealed that the girl had not been raped or molested. “After consultation with doctors and the girl, it was found that she was not sexually assaulted at all. The reason for the claims is now being investigated,” he said. Beetge said it was not known why the residents thought Fundakubi had been involved.

Jacob Zuma's singing voice has been muted for now. That's according to eThekwini mayor Zandile Gumede who briefed councillors and members of the executive committee on Tuesday that there was "no such" thing of a municipality album with the former president. Gumede said she had learnt about the so-called album through the media but that proper protocols had not been followed with regard to a request for such a deal. "Nobody has informed us about this project. Under normal circumstances, politicians make political announcements. As an ANC-deployed mayor I would have briefed the ANC caucus first before making such an announcement. The protocol was not followed and we are prepared to speak about the items once we get a full briefing. "As things stand, there is no such [thing]. Only the city manager and myself will speak to the public with authority about this matter," Gumede said.
GIRLS’ NIGHT OUT Nuns ahead of Pope Francis’ visit in Panama City.
Image: Reuters/Carlos Jasso

SA’s six-year-old DJ Arch jnr amazed millions on America’s Got Talent while DJing his heart out. He received a standing ovation from everyone, including the judges. 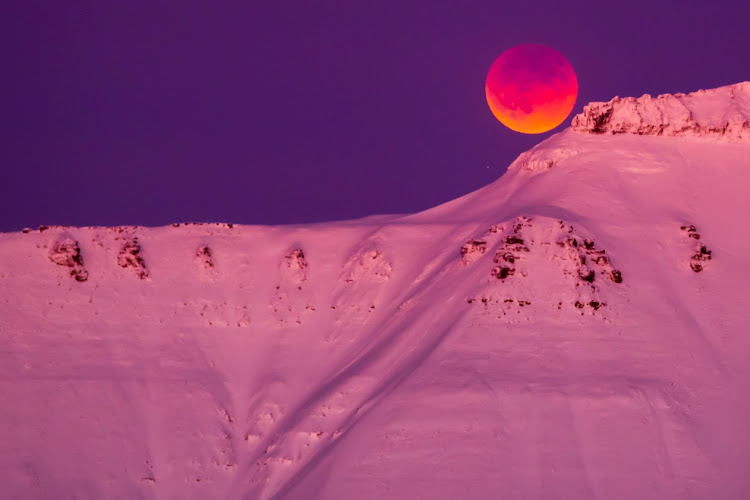 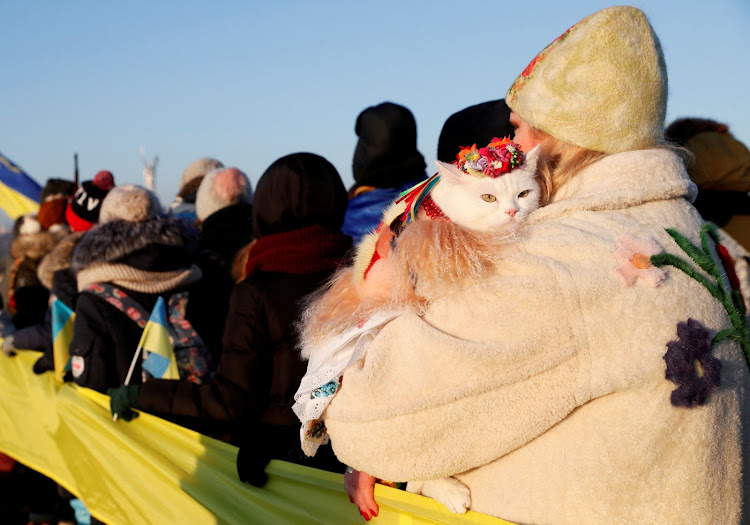 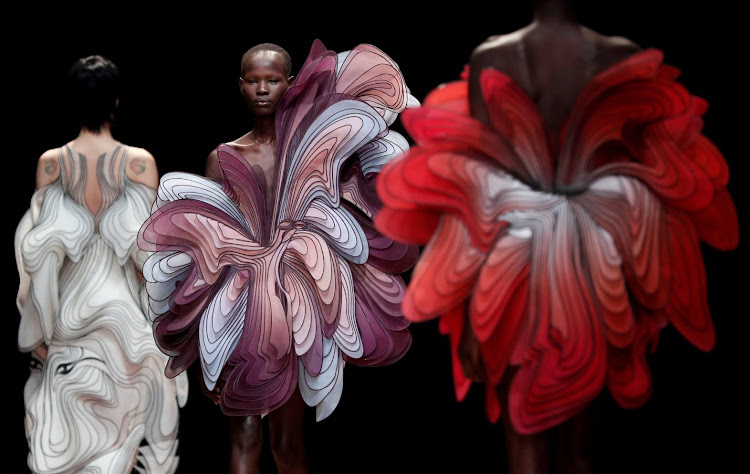 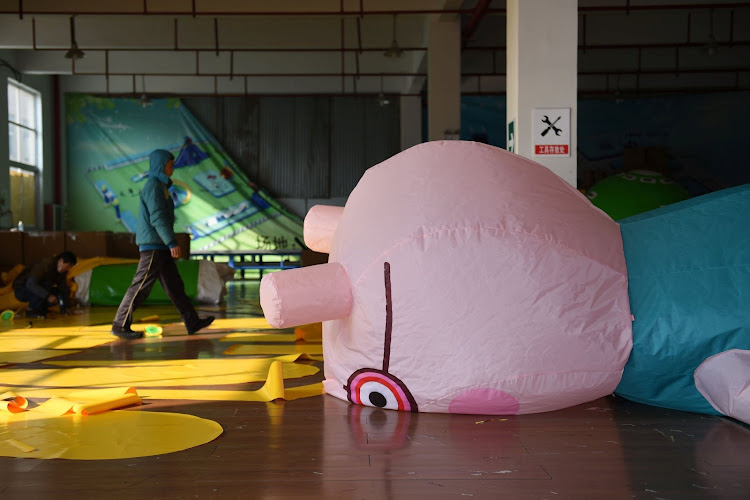 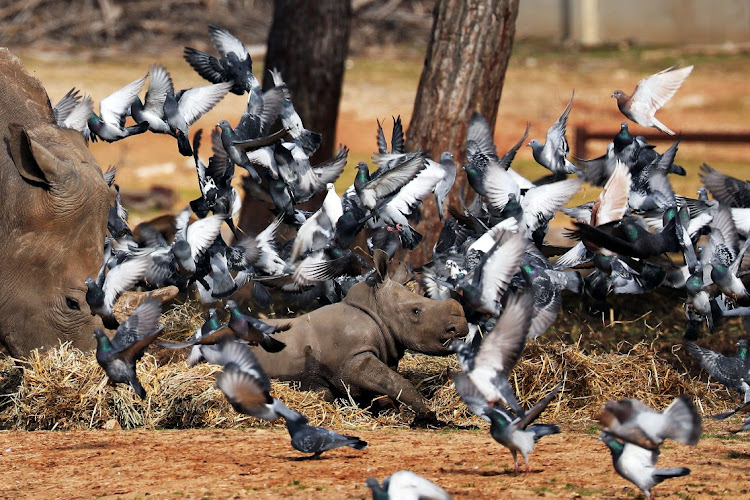 Baffled by Brexit? Aren’t we all? Here’s a guide to what is really going on

With parliament and the major parties still hopelessly split, it's anyone's guess which will be the last plan standing

Your friends' activity can be and is used to profile you  accurately, even if you've never had a Facebook account

This Boeing’s finally going: farewell to the 727

The adventurer, known for hiking in a bikini, fell down a ravine in Taiwan

A Belarusian escort who claimed she had proof of Russian collusion with Donald Trump’s election campaign was freed from a Russian jail following her arrest last week. Anastasia Vashukevich, who was headed to Minsk, Belarus, was arrested when she arrived in Moscow after deportation from Thailand for participating in ‘sex-training course’. – AFP

The Brexit survival kit comes with mac and cheese

With just nine weeks to go until Britain is due to leave the EU, a company is selling a survival kit to help them Brits prepare for the worst. The kit provides food to last 30 days, and has reportedly sold hundreds already. Retailers have warned a ‘no-deal’ Brexit could cause food and medicine shortages. The ‘Brexit Box’ includes freeze-dried chicken tikka, macaroni and cheese, chicken fajitas and other foods. – Reuters

American singer Chris Brown has been detained in Paris for rape. Brown, his bodyguard and a friend allegedly assaulted the woman, 25, at a luxury hotel after she met him in a nightclub before agreeing to join other women who went back to his hotel. – AFP

A commercial airliner flying from Siberia to Moscow made an unplanned landing in the Siberian city of Khanty-Mansiysk after a passenger demanded the plane change course. There were conflicting reports about the passenger, with some Russian news agencies saying he had been detained on landing, while others said he remained on board and had managed to seize control of the plane. – Reuters

Ethiopia says it granted more than 13,000 people amnesty as part of a broad reform agenda pushed by PM Abiy Ahmed. Parliament in July passed a law allowing people convicted or facing charges of ‘treason crime against the constitutional order and armed struggle’ to apply for pardons. More than 13,200 individuals reportedly applied in the past six months. – AFP

Hunt for Dead Sea Scrolls comes back to life

Recent finds of the Dead Sea Scrolls have stirred fresh excitement for the manuscripts, and archaeologists are probing higher and deeper than before. Hundreds of caves remain unexcavated, and the experts are racing against antiquities robbers. Archaeologists have noticed new pieces of scrolls and parchments arrive on the black market recently, driving them to return to caves since the search fizzled after the first discovery 1947. – Reuters
ICY IRIS A frozen pond in a field in Germany.
Image: Jens Büttner /dpa /AFP

Steinhoff: New R4.6bn claim chucks a spanner in the works

Dispute could delay the publication of the group’s financial statements, which were expected by April 18

Why would the biggest brewer, AB Inbev, even think of selling its fast-growing Asian business? It is bizarre

If KFC is junk food, then 90% of ‘real’ restaurants serving chicken are junk-food establishments

Make yourself feel a whole lot better, without the hair shirt

Health is taken seriously at Santé Wellness Retreat & Spa, without the deprivation

Lashings of olive oil coupled to an insatiable lust for life, you'll find plenty to like in a Mediterranean taverna

Mindful travel: Do yourself a power of good by doing good

Apps and AI will help you plan the ideal trip, but make sure you follow the global trend to be nice to the world

How many head-on car crashes at 60km/h can one player take?

Blasts from the past: Phil saves us from a beach slap