‘As disadvantaged students we were sold a dream’

They say a Vaal University of Technology safety and maintenance degree is useless, but the institution disagrees

Hard to swallow: It’s either this diet or our planet is toast

Merciful heaven, this conversation is not happening

So there I was, on Skype with a young hotshot director and a big-time Hollywood producer ...

When people get this angry about an ad it means they're afraid and, let's face it, these men have a lot to be afraid of

Live risotto causes the mulligrubs and makes you go ‘mawke’

Taxpayers forked out R1m for Zuma since he quit

Taxpayers have forked out just under R1m for former president Jacob Zuma, his spouses and support staff's transport and phone bills in the nine months since his departure from office. President Cyril Ramaphosa revealed in a response to a parliamentary question published on Thursday that the state paid R150,668.38 for Zuma's flights between February 14, the day he left office, and November 30. A further R837,444.41 was spent on flying expenses, as well as cellphone, accommodation and car rental expenses for Zuma, his wives and two support staff members during the period. Ramaphosa was responding to a written question by DA chief whip John Steenhuisen who wanted to know about the costs incurred by the state for Zuma's trips and all related expenses. Ramaphosa said that, as with all former presidents, Zuma was entitled to certain benefits as outlined in the policy on the benefits of executive office.

The DA billboard in Johannesburg unveiled on Wednesday listing the names of children who died after falling into pit latrines and the victims of the Marikana and Life Esidimeni tragedies, was vandalised on Thursday. The DA faced a backlash after some felt the billboard — which attacked the ANC — was "insensitive". The billboard was part of the launch of the party’s #TheANCIsKillingSA campaign in the run-up to the elections. The DA accused ANC members of being behind the vandalisation, but media reports suggested it was done by a family member one of the Esidimeni victims.

It was meant to last only three days but the stayaway called by the Zimbabwe Congress of Trade Unions entered its fourth day on Thursday. Most businesses, schools and a few government departments remained closed. A few banks partially opened, mostly in Harare’s CBD, but remained closed for business. Supermarkets that did open recorded brisk business as citizens turned up in numbers to buy basic commodities. After three days many had depleted their supplies of bread, milk and meat. Some basic commodities that could not be found in the supermarkets included bread, meat and soft drinks. While other groceries were available, the prices were beyond the reach of many. The government has blamed the Movement for Democratic Change Alliance for the protests that broke out on Monday and described them as "terrorism".

The police watchdog is investigating the murder of a man whose body was found close to the SA-Lesotho border on Wednesday. "We are investigating a case of murder. The national police reported there was a shooting but our investigators found that it was not a shooting, although the guy was assaulted," Independent Police Investigative Directorate (Ipid) spokesperson Moses Dlamini said on Thursday. Dlamini said an autopsy would be conducted on Friday to determine the cause of death. Police spokesperson Captain Phumelelo Dhlamini said the body was found close to the Caledon River, which divides SA and Lesotho. "The deceased was found on the SA side. The allegation is that he was assaulted by the police," he said. The man was from Lesotho.

The ANC in Gauteng has welcomed the Special Investigative Unit (SIU) proclamation into the Life Esidimeni saga signed by President Cyril Ramaphosa on Thursday. The governing party in the province said the SIU investigation was an important move that will ensure "full accountability". The ANC called on affected parties and those with interest in the matter to co-operate with the probe. Ramaphosa's spokeswoman Khusela Diko said the proclamation "enables the SIU to investigate irregularities by officials or employees of Life Healthcare Esidimeni.”

An amount of R2.6m, believed to have been stolen by cash-in-transit security guards employed by a company in Louis Trichardt, has been recovered, Limpopo police said on Thursday. The loot was found as police arrested the two guards on Wednesday night. One was arrested in the Ravele Riverside area and the other in Waterval. "The operation, which commenced on Wednesday afternoon, proceeded through the night until this morning. It was characterised by relentless searches, probing and digging by the members at three different premises, and produced positive results when cash in bank notes was recovered buried in the yards. Some of the cash was found stashed in ice cream containers and refuse bags," said Brigadier Motlafela Mojapelo. The suspects are due to appear in the Louis Trichardt Magistrate’s Court soon on theft charges.
ONE OF THE FOUR HORSEMEN IS A WOMAN A woman rides through flames during an annual celebration on the eve of Saint Anthony's Day in Madrid.
Image: Reuters/Susana Vera

HELL ON EARTH A fire raged through isolated properties at the picturesque Hemel-en-Aarde Valley in the Western Cape on Tuesday. The wildfire, which affected other areas such as Betty’s Bay, Hermanus and Overberg, burned all the way into Wednesday.
Image: Jean Tresfon 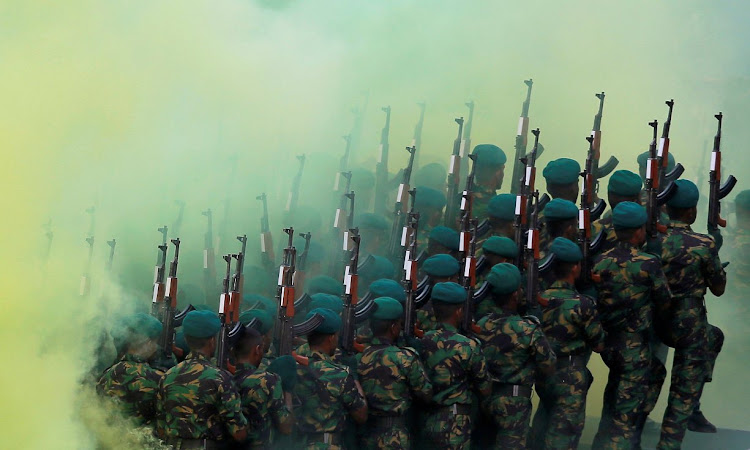 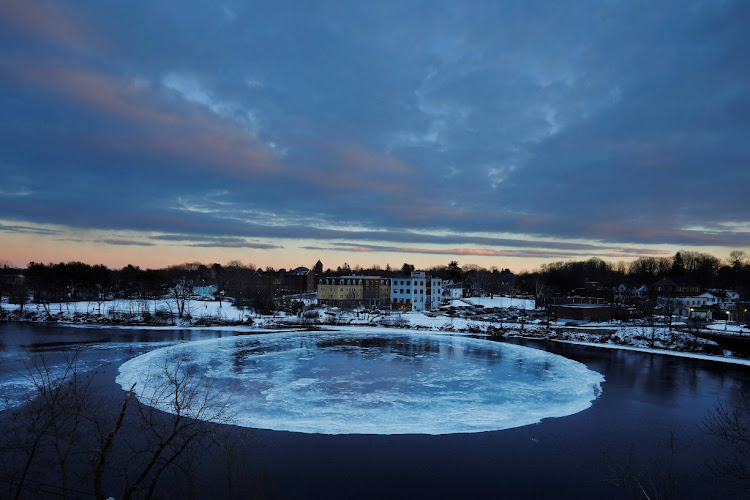 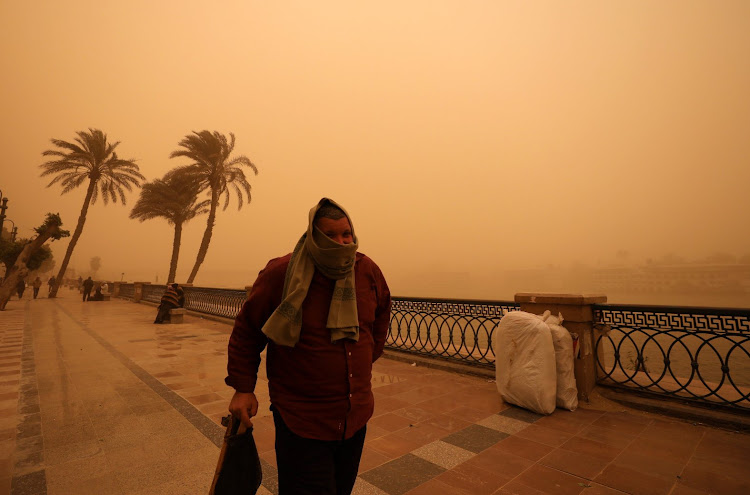 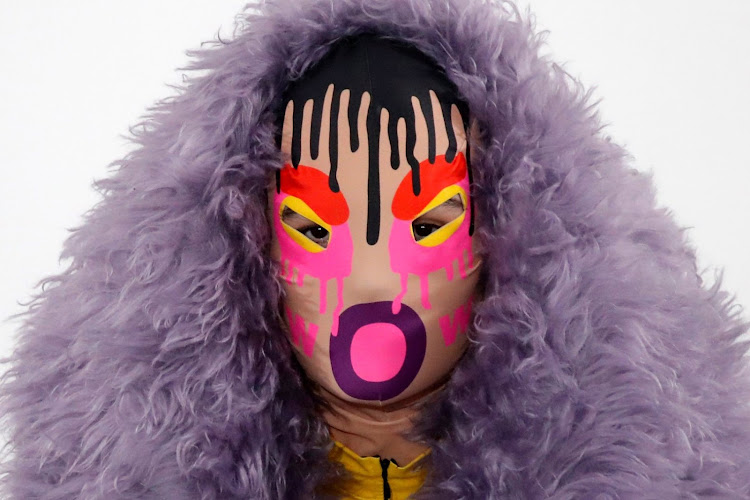 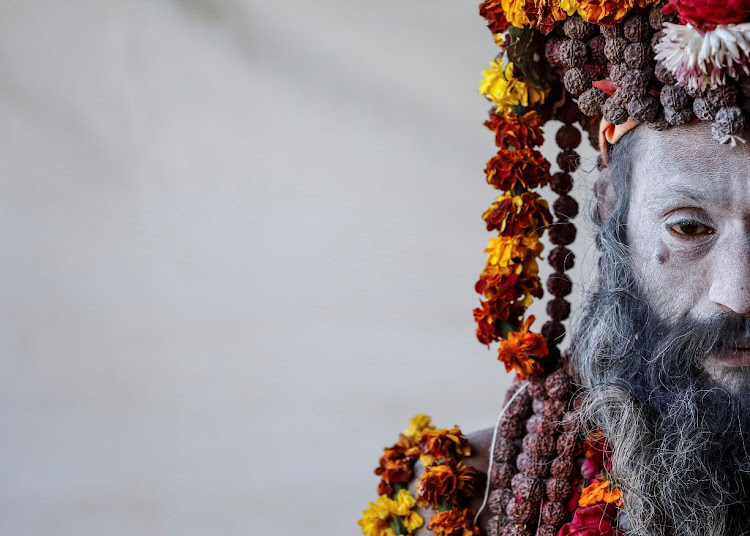 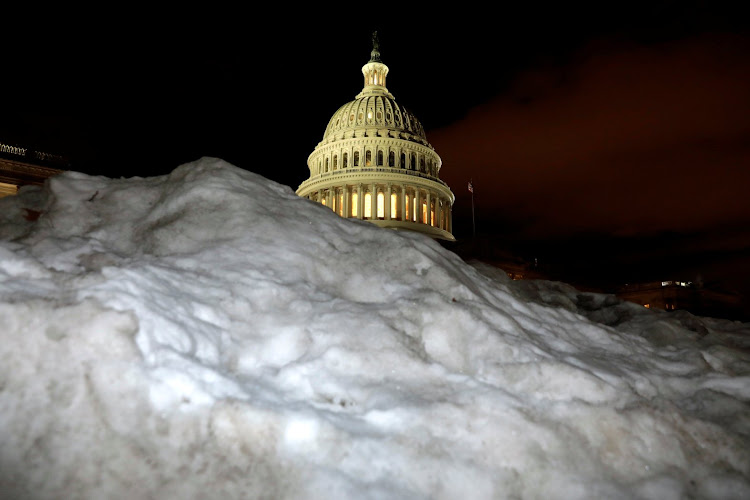 Anything US can do we can do better ... including fighting rights abuses

Smaller countries are increasingly standing up for rights, democracy and the rule of law, as US and UK back off

Ohm ... why aren’t you meditating? Even Prince Harry does it

It no longer sounds as bogus. There is now scientific evidence to back it up

She said she had details of how the Kremlin aided Trump’s victory, but got into hot water over a 'sex training course'

Staying together for the kids? You’re making it worse for them

Divorce is less harmful to children when they are still young, study finds

"We haven't yet found a better way of selling knickers than a beautiful bottom," says Sarah Stagliano, one of a new breed of French lingerie designers grappling with how to make exciting underwear in the age of #MeToo. With G-strings and push-up bras losing their allure as ultra-sexiness gives ways to comfort, and the whole idea of seduction being questioned, designers are grappling with how to be interesting without objectifying women. Aubade, one of France's leading lingerie brands, does not shy away from sex in its advertising. But it found itself at the centre of controversy last month over a huge poster of a pair of perfectly rounded buttocks wearing embroidered panties. – AFP

A Malaysian taxi driver who killed a pregnant cat by putting it into a laundrette dryer was jailed for two years on Thursday, official media reported, in a case that sparked national outrage. A Mohanraj admitted breaking animal cruelty laws by causing unnecessary suffering to the cat in the self-service laundry outside Kuala Lumpur in September, official news agency Bernama reported. Netizens reacted with fury when CCTV footage went viral showing two men throwing the cat into the dryer late at night .They then inserted tokens into the machine to set it running and left. A customer later found the carcass and the matter was reported to the police. Mohanraj, 42, had originally pleaded not guilty but on Thursday changed his plea, and a judge handed down the two-year jail term. – AFP

An art exhibit depicting a fast-food clown nailed to a cross is to be taken off display at an Israeli art museum following protests and demands for its removal by Christians. The mayor of the northern port city of Haifa, where the artwork has been on display at the Museum of Art since August, wrote on Facebook on Wednesday that the controversial exhibit would be removed "as soon as possible". A municipal spokesman declined to say whether it was still on display on Thursday. "Beyond what the mayor wrote, we have nothing to say," he said. The work, entitled "McJesus", is a statue of a crucified Ronald McDonald by Finnish artist Jani Leinonen. It is part of "Sacred Goods", an exhibition about religion and faith in the culture of consumerism. – AFP

An Indian woman has shattered a gender barrier in her country after climbing a mountain from which women were previously banned. Dhanya Sanal, a spokesman for India's ministry of defence, scaled the 1,867m Agasthyakoodam peak in the state of Kerala on Monday, weeks after the provincial high court rescinded a ban imposed by the indigenous Kani tribe against women climbing it. The Kani opposed female presence on the slopes, believing it would "desecrate" the sanctity of the statue of their celibate Hindu god, Agastya Muni, located at the summit. In November, the Kerala high court ruled in response to a petition by female activists that restrictions on ascending the mountain cannot be based on gender. It also dismissed the Kani people's plea that the verdict offended their beliefs and that allowing women would "slight" their god's celibacy. – © The Daily Telegraph

Cops swoop on kidnapping that wasn’t

Police sent armed officers and a helicopter after witnesses saw a woman being pulled out of a car at gunpoint - only to find that it was a "kidnapping training scenario". Worried passers-by in Waltham Abbey, Essex, described a gunman who had dragged a woman out of her vehicle and driven off in the apparently stolen car. The incident occurred in broad daylight in a busy town centre, apparently leading to widespread alarm as a police chopper whirred overhead. Essex police sent all available officers into the area, including five armed response vehicles and the helicopter. It took "some time" to locate the culprits - and for police to realise that the entire scenario was a training exercise by a private company, which had not been declared to local authorities. – © The Daily Telegraph

It probably won’t be in Lonely Planet

North Korea has made dramatic strides in its development of the port of Wonsan into the “world-class” tourist resort that Kim Jong-un has demanded, with hotels, game arcades, a marina, theatres and funfairs sprouting along several kilometres of the city’s beach. But analysts suggest international sanctions and high-profile cases involving foreign tourists are likely to limit the number of people willing to holiday in North Korea, rendering the development a white elephant. In July 2008, a South Korean tourist visiting Mount Kumgang was shot dead by a North Korean soldier, while Otto Warmbier, a US student visiting Pyongyang, died shortly after being repatriated to the US in June 2017. He had been arrested in January 2016 for stealing a poster and sentenced to 15 years’ imprisonment with hard labour but lapsed into a coma while in detention. – © The Daily Telegraph
SURVIVOR Hoshyar Ali, who lost both legs in a landmine explosion, sits next to deactivated mines at home in Iraq.
Image: Reuters/Ako Rasheed

General retailers had their worst day in more than three years, badly hurt by the rotten festive season

Commission of inquiry to look into allegations of shady dealings, while Competition Tribunal weighs up funding

Flushed with success, not flushed into the void

Intermittently entertaining but also a rum mix of goofy and pretentious, it is a lumpy tangle of loose threads

SPORTS DAY: Might it be Siya’s big moment in Monaco?

Frightening batters doesn’t excite Duanne Olivier. It’s just what he does ... along with getting them out fast

Blasts from the past: Hansie’s gamble doesn’t pay off