Was the right teacher suspended? The facts behind the finger-pointing

Schweizer-Reneke school race row descends into a war of words

SA is the big brother of SADC, it cannot pretend to be otherwise, says MDC deputy national chair Tendai Biti

Fire and death as Zim cracks down on fuel price protests

ANALYSIS: The real meaning of the ANC manifesto

It is simply broad brushstrokes of what could be expected, and plays second fiddle to its factional troubles

How Denis the gardener became ‘The Menace’ in the ring

The Gauteng provincial government disputes any malice over the cut

Prof Jansen chooses smoke and mirrors over facts and figures

He is out of sync with reality, peddling half-truths about the matric pass rate, says the basic education department

... and here's the Jansen article that so angered the government

On January 10, Jonathan Jansen argued that the official matric pass rate was a 'magic show'

SANDF should’ve just kept its contempt for us ‘private’

Further reductions in the fuel price are on the horizon at the end of January. This is according to the Automobile Association (AA), which was commenting on unaudited mid-month fuel price data released by the Central Energy Fund. "Although the international price of crude oil has ticked up since its low of January 1, the overall price is still lower than December’s average, and this reflects in the current data. In addition, the rand/US dollar exchange rate has strengthened from an average of R14.44 at the beginning of the year to around R14.20 now,” the AA said. This data pointed to a drop of about 12c a litre for petrol, 36c for diesel, and 33c for illuminating paraffin. "We expect this figure may fluctuate in the second half of January," the AA added.

A truck stopped by Cape Town traffic officers at the weekend turned out to be overloaded by at least 25 tons. A member of the city council road haulage unit sent the suspect truck from Paarden Island to the nearby N7 weighbridge, mayoral committee member JP Smith said on Tuesday. "En route to the weighbridge, two tyres burst, but the officer insisted that the vehicle’s owner repair the tyres so they could proceed to the weighbridge. When the truck was eventually weighed it was found to be at least 25 tons over the permissible mass. The incident resulted in the issuing of 11 fines for various transgressions, totalling R42,000." Smith said more than 30% of trucks weighed by traffic police since July 2018 were overloaded, leading to fines of more than R1m.

Two teenage boys alleged to have hijacked a Taxify cab in Ntuzuma, north of Durban, on Sunday, will spend a week behind bars. The pair, aged 16 and 18, made a brief appearance in the Ntuzuma Magistrate’s Court on Monday and were remanded in custody. Police spokeswoman Colonel Thembeka Mbele said the boys face charges of carjacking and possession of an unlicensed firearm. “On Sunday, an e-hailing taxi driver received a request trip and he proceeded to the pick-up address. The driver picked up the two, with one sitting in the front seat and the other in the back,” she said. The teen in the back allegedly produced a firearm and ordered the driver to take them to nearby Lindelani. The hijacking was scuppered when the taxi was stopped by a patrolling police car.

Police are investigating allegations of assault at Kimberley Boys' High School in the Northern Cape. This comes after criminal charges were filed against matric pupils following the school's annual orientation camp. Police spokesperson Brigadier Mohale Ramatseba said on Tuesday the parents of a 13-year-old boy opened a common-assault case at the Barkly West police station. The pupil said he was assaulted during a school trip at a resort in Barkly West on January 9 2019. "No arrests have been made and the matter is being investigated," Ramatseba said. Details are sketchy at this stage, but education department spokesperson Lehuma Ntuane said it was aware of the allegation. The department encouraged all schools to reinforce anti-bullying measures in their codes of conduct. "We discourage any form of bullying, be it physical or verbal."

Unclaimed R28m lotto win on brink of being lost

A South African who may be suffering Janu-worry blues is apparently unaware that he or she is a multimillionaire. But that person's fortune may soon change if the R28m lottery win from Ithuba is claimed. Ithuba Lottery on Tuesday said the winner had until February 13 to come forward. "The ticket was bought at Shoprite Checkers in Sanlam Centre, Parow, Cape Town. The player used a Quick Pick selection method, with a ticket wager of R15," said Ithuba spokesperson Busisiwe Koloi. "R28m is a lifechanging amount of money. We hope that the player will respond to our efforts in trying to find him or her as we are ready to assist." But what happens if the deadline comes and goes? "Should the ticket expire, the money will be donated to the National Lotteries Distribution Trust Fund to be used for charity," the company said.

A 21-year-old Newcastle mother who allegedly recorded herself choking and beating her two-year-old son will spend the next few days behind bars before she makes a bid for bail. The woman was arrested by the Newcastle family violence, child protection and sexual offences unit (FCS) last week, after she sent two videos to the child’s father which allegedly showed her abusing the child. The woman was charged with attempted murder and appeared briefly in the Newcastle Magistrate's Court on January 10. Police spokesperson Colonel Thembeka Mbele said the video showed the child struggling to breathe and "crying beyond control". "The matter was reported to the Newcastle FCS which immediately opened a case and arrested the suspect. The child was taken to hospital and is reported to be well." He has been placed in his father’s care.
AFTER THE DIP A man dries sarees after taking a dip during the first ‘Shahi Snan’ (grand bath) in Prayagraj, India.
Image: Reuters/Anushree Fadnavis

WARNING: GRAPHIC CONTENT. A man wielding a broken bottle on the notorious streets of Hillbrow, Johannesburg, was hit with a surprise when his victim fought back and passersby came to the man's aid. 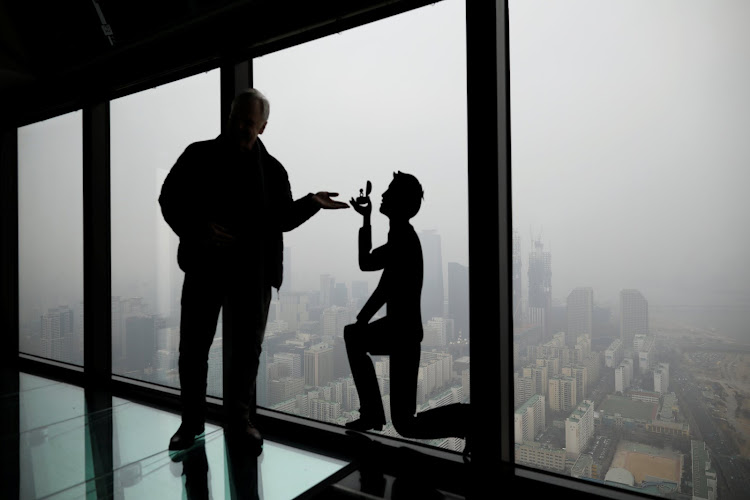 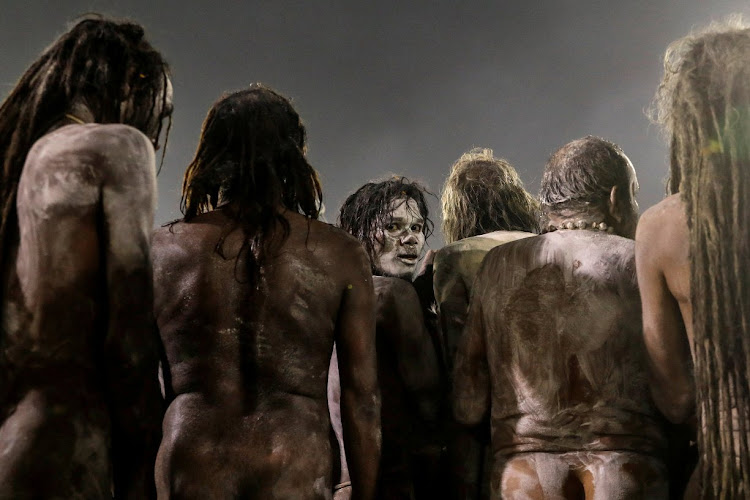 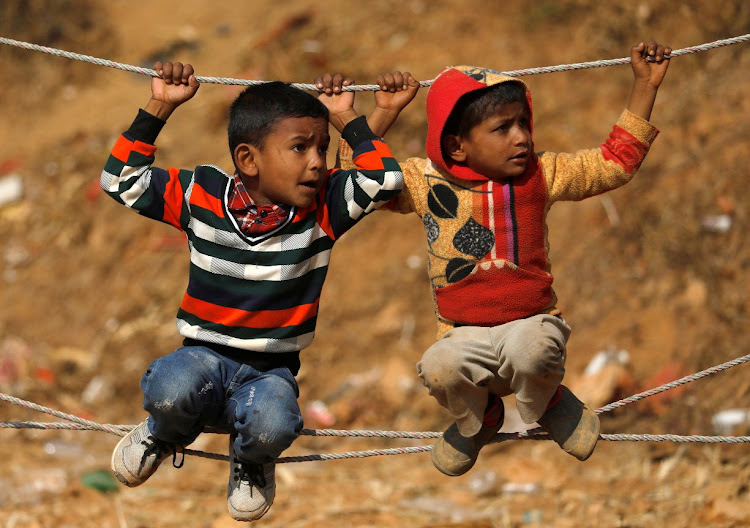 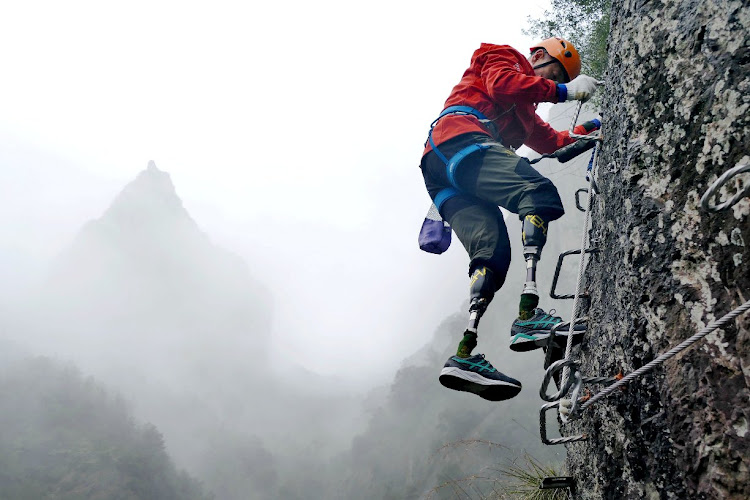 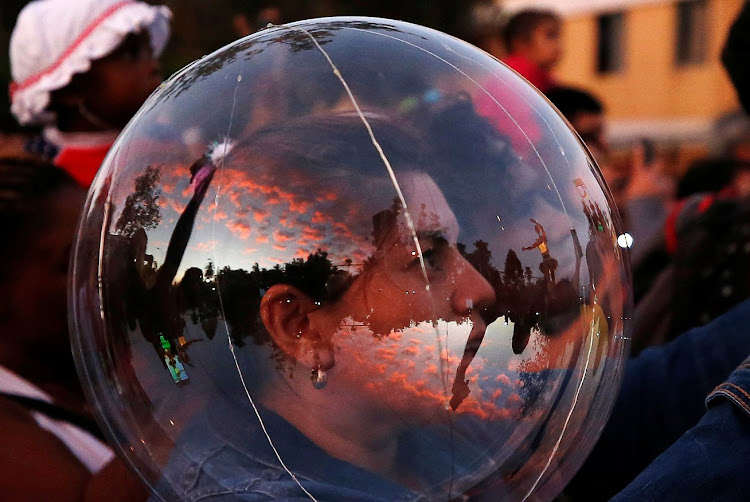 Choc to the system: the trick to fasting and having a life

Willpower is grossly overrated - there's more to fasting than that, says the man who gave us the 5:2 diet

Beijing has been accused of playing hostage politics with Ottawa

Those magnificent men: The most heroic pilots of all time

To mark the 10th anniversary of the Miracle on the Hudson, here are 10 pilots who really earned their salaries

One of the two women who entered a revered shrine in India was attacked by her mother-in-law as soon as she returned home after days on the run. Kanakadurga, 39, had made history by entering the Sabarimala temple, sparking days of unrest. Woman of menstruating age are traditionally forbidden from entering the temple. Kanakadurga was admitted to a hospital for her injuries. – AFP

Set that catwalk on fire, Ma!

Chinese model Ma Yinhong, 56, is one of a growing number of older models sought after by fashion labels. ‘I never go out without dressing up and getting made up. I never let myself look like an old granny,’ Ma said at a recent show. Once expected to selflessly stay home and mind the grandchildren, seniors have become a coveted market for products such as clothing and cosmetics. – AFP

A bird caused a flap on a Singapore-to-London flight after it suddenly appeared in business class 12 hours into the journey. A video shows the bird perched on top of a headrest about two hours before landing in London. An initial attempt by a crew member to catch the creature failed, prompting some of the passengers to join the hunt, and was subsequently caught by the cabin crew. – AFP

Hunter gets hunted ... by a bishop

A Croatian bishop accidentally shot and badly wounded a man while hunting wild boar. Bishop Vjekoslav Huzjak was on an organised hunting trip in eastern Croatia when he misfired his rifle and struck another hunter in the thigh. The hunter was hospitalised in Zagreb with serious injuries, but his life was not in danger, police said. The bishop has a reputation as an avid hunter. – AFP

Iran launched a satellite criticised by the US as a breach of a UN resolution, but it failed to reach orbit. Israel swiftly condemned the launch, which it charged was cover for the testing of the first stage of an intercontinental ballistic missile. Iran also plans to launch another low Earth orbit satellite. – AFP
CRY ME A RIVER OF CHAMPAGNE Supporters of former Ivory Coast President Laurent Gbagbo rally outside the International Criminal Court in The Hague.
Image: Peter Dejong/Pool via Reuters

Edcon: We know it’s all over the shop but is it really over?

Beloved clothes retailer is 90 years old and in a mess. Can anyone stop the old dear from hopping the twig?

Novus: Not quite laughing all the way to the bank, but closer

Sweet news indeed as Tongaat brings in a ‘non-sugar’ CEO

The tendency is often to ignore the whole bloody mess, so let’s just start by focusing on one thing: the ocean

More funny tastes in the new ‘Come Dine With Me SA’

Season five of the hit show set for our screens soon

The world’s most expensive painting has disappeared. Is the Saudi owner embarrassed because it’s a fake?

Get into the game and go to the GOT location sites ... before it’s too late

SA was well in the running to host the 2019 Indian Premier League, then suddenly it wasn’t. Why?

Blasts from the past: Scotland kilt in action on 1932 Bok tour