Why was Roedean’s principal suspended? The truth is starting to emerge

Zim businesses: ‘This is the end for us’

SA's banned him, but gay-bashing US pastor still plans to open church here

Despite a drugs-and-hookers scandal at his home church, he's found a like-minded SA cleric to spread his message

Bird-brained scheme promotes faking it to save Happy Feet

Humpback hit parade is swimming round the Cape

Two whale populations are picking up song ideas from each other, scientists have shown

Whatever its big plans are, it seems unlikely the tech giant should rely on it to take it out of its current rut

Face it, 50something men, you aren't hot any more either

Men don't hesitate to insult older women. It's about time they took a look in the mirror

State objects as security beefed up at school

The North West education department clarified on Monday that armed security was not permitted on any of its school premises. This follows reports of security being called in to Laerskool Schweizer-Reneke, where a protest was held last week. "We have heard that parents have beefed up security by bringing in people with guns, but these are not permitted. The MEC will meet parents again this week to address the matter,” said department spokesperson Freddy Sepeng. Meanwhile, the department was still investigating the circumstances that led to a group of four black Grade R pupils being photographed seated separately from their 18 white classmates on their first day of school last week. The teacher who took the photo was suspended pending an investigation. Last week, Laerskool Schweizer-Reneke dismissed any allegations of discrimination or racism at the school.

Eskom CEO Phakamani Hadebe has made a desperate plea for higher Eskom tariffs over the next three years, as well as for more money from the government, while apologising to SA for the mess the utility is in. Hadebe was speaking in Cape Town at public hearings held by the National Energy Regulator of SA (Nersa) to interrogate Eskom’s tariff application for a 15% tariff increase beginning in 2019-2020. The application needs to meet Nersa’s approval before it can be applied to customers. Eskom is in a dire financial situation, with R350bn debt it is unable to service from the revenue it earns. “I am the first to acknowledge that Eskom has contributed to its own problems. Eskom is compelled to apologise to SA for having brought these challenges. They could have been avoided. But they have built over time and the turnaround will take time,” he said.

Shortening of doctors’ internships on cards

The possibility of shortening doctors’ internships from two years to one is being floated to alleviate strain in the training of doctors. Health department spokesperson Popo Maja said: “What we know is that one of the health stakeholders did entertain the idea of internships training being reviewed. But it is too early in the day [sic] for us to say anything about it.” Two-year internships help medicine students convert their theoretical knowledge into practice under the supervision of doctors professionals after their studies. One-year community service helps provide healthcare to under-served areas. South African Medical Association (Sama) chairperson Dr Angelique Coetzee said there was currently a bottleneck, with too few internships to accommodate medicine students who graduated in SA and abroad, especially in Cuba.

Four people were arrested and four trucks were impounded after several drivers blocked the N3 at Van Reenen's Pass and Tugela Plaza in KwaZulu-Natal on Sunday evening. Truck drivers used their trucks to block the north- and southbound lanes of the N3 from 8pm on Sunday. The road was cleared for traffic only at 3am on Monday. The police said the arrests were on charges of “public violence”. Transport minister Blade Nzimande condemned the blockade, saying he had met leaders of the All Truck Drivers' Foundation and the National Truck Drivers' Association to address challenges facing SA truck drivers. The meeting took place in Durban on January 11. The department will schedule a second meeting with all stakeholders.

Mom who ‘killed kids’ not in right mind: lawyer

The bail application of the 24-year-old Witbank woman accused of killing her four children in December began in the Witbank Magistrate's Court on Monday. Zinhle Maditla's lawyer pleaded with the court for his client to be sent for mental observation. Jabulani Maphete submitted that Maditla could not have been in a "right state of mind when the alleged offence was committed”. Prosecutor Johan Harmse indicated he was not opposed to the request. Maditla's children, aged between 11 months and eight years, were laid to rest in her absence last week. The bodies of Ethan, Shaniqua, Blessing and Minenhle were found by relatives on December 30 after Zinhle allegedly phoned to tell them she had left something for them at her home. She is the main suspect in the killings. According to police, the children's corpses had already begun decomposing when they were found. It was suspected they had died from poisoning.

A family gathering on Durban's Bluff ended in a hail of gunfire at the weekend. Three South African National Defence Force soldiers are under investigation after the men, all armed with assault rifles, allegedly opened fire on an off-duty policeman and his family in the early hours of Sunday. The officer, who was not injured, is understood to have returned fire. Two women caught in the volley of rifle fire were shot in the face and critically wounded, while another man was shot in the calf and was in a serious condition. Melani Simon said her family had gathered to celebrate a 50th birthday when a “misunderstanding” occurred. RescueCare spokesperson Garrith Jamieson said the wounded were taken to hospital by ambulance. Simon said the gun-wielding men had been identified as military personnel. The men were not in uniform at the time of the incident.
AN EXCITING LEG OF THE JOURNEY People participate in the annual ‘No Pants Subway Ride’ in Manhattan.
Image: Reuters/Caitlin Ochs 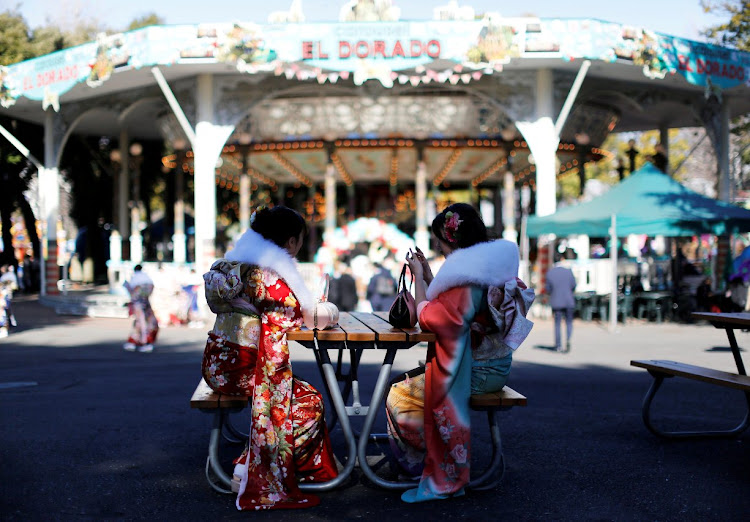 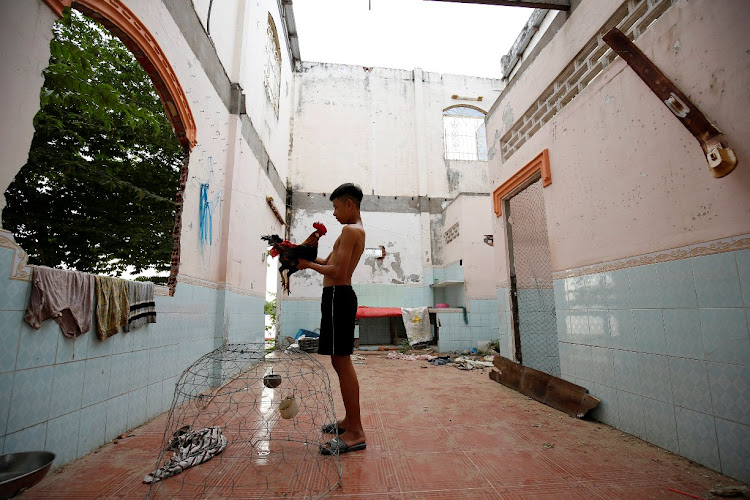 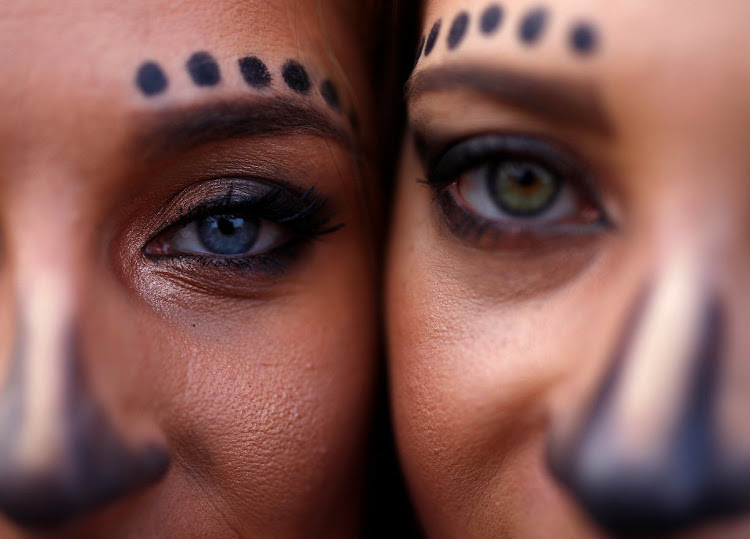 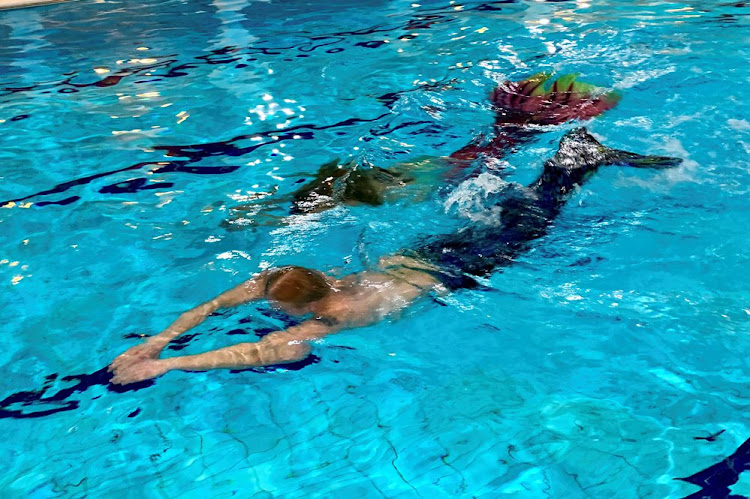 These are values his own generation has been delinquent in instilling and defending, says cognitive psychologist

When all is up in the air, black boxes have the answers. But what are they?

Government blames the drought, but locals say policies have caused the systemic depletion and pollution of rivers

Russia has lost control of its only space radio telescope but officials are working to re-establish communication, the country's beleaguered space agency said on Monday. The incident is the latest setback for Russia's debt-laden space industry, which in recent years has suffered the loss of spacecraft, satellites, and a failed manned launch. Roscosmos said a US observatory detected signals from Russia's gigantic Spektr-R, or RadioAstron, telescope, which stopped responding to commands from Earth last Thursday. Roscosmos said that meant the onboard systems were working independently. The Spektr-R telescope was launched into orbit in 2011 to study black holes, neutron stars and Earth's magnetic field, among other subjects. – AFP

The Paris Opera Ballet has dropped controversial Ukrainian-born dance star Sergei Polunin from a production of Swan Lake after he made a homophobic and sexist rant on social media. The mercurial "bad boy of ballet", who was compared to Rudolf Nureyev earlier in his career, blasted gay dancers in an Instagram post last month in which he urged male ballet dancers to "man up". "Man (sic) should be a man and woman should be a woman, that's the reason you got balls," wrote the dancer, who took Russian nationality in November and is a fervent fan of Russian leader Vladimir Putin. – AFP

What possessed them all?

The majority of CVs contain basic spelling and grammar errors, a large-scale study has revealed, with the most common blunder being unnecessary apostrophes added to “GCSEs”. A review of 20,000 CVs submitted online found that nine in ten of them had misspelled words, with only 1,134 fault free. A glaring five or more errors were discovered in 12,666 of those looked at. Yet ironically, the worst offender cropped up time and time again. The adding of an apostrophe where people listed their GCSE results was written into 691 CVs, the analysis by recruitment search engine Adzuna.co.uk revealed, as people kept referring to their "GCSE's". This fatal grammatical mistake, which indicates someone or something’s possession of another, also affected KPIs (key performance indicators) 403 times, when used to describe their previous employment successes. – © The Daily Telegraph

Is the Tidal turning for Jay-Z?

Norwegian police said on Monday they were investigating allegations that some listening numbers at Tidal Music, owned by Jay-Z, Beyonce and other stars, were artificially inflated. A complaint filed in 2018 by groups working for Norwegian artists and record labels said the alleged fraud had deprived other artists of their fair share of subscription revenues. Tidal, which began life as Norwegian start-up Wimp, has previously dismissed the allegations and on Monday its lawyer, Fredrik Berg, denied any wrongdoing. "Tidal is not under suspicion in this case," Berg, of the law firm Fend, said, adding that the company was in a dialogue with the police. – Reuters

A Chinese court has sentenced a Canadian man to death for drug smuggling after prosecutors said an original 15-year sentence, announced in November, was too lenient. Dalian Intermediate People's Court in the northeast province of Liaoning retried Robert Lloyd Schellenberg and handed down the death penalty, the court said on its website. The case is likely again to test relations between Beijing and Ottawa, which have been tense since Canada's arrest of a Chinese executive at the request of the US in December, followed by China's detention of two Canadian citizens on suspicion of endangering state security. – Reuters

Thieves stole a 16th century artwork from a church, just days before it was examined by art experts to see if it was Belgium’s only painting by Michelangelo. The painting of the Holy Family had lain undisturbed and largely forgotten in St Ludgerus church in the small Flemish town of Zele for the past 16 years after it was donated by a parishioner. The painting was thought to be worth € 10,000 but the church was not protected by any burglar alarms. It had lain in a dark corner of the church until it was noticed and given a more prominent position by Pastor Jan van Raemdonck. “If it is really by Michelangelo, then it would be worth much more than that,” he told the Het Nieuwsblad newspaper. It was only recently that the pastor began to suspect the painting on wood may have been by the Renaissance master, whose only other work in Belgium is a sculpture in Bruges. - © The Daily Telegraph
MONUMENTAL Fireworks explode during the Orthodox Christian New Year's Day celebrations in Belgrade, Serbia.
Image: Reuters/Djordje Kojadinovic

Pie-in-the-sky populists need to have their bubble pricked

Let’s fix the potholes before we promise to tar the flipping road. Back to basics is the only way to go

Texton: Did they really think turkeys vote for Christmas?

This wasn’t even close: 100% of shareholders said no to the bizarre proposal to buy back shares from the PIC

Richemont: Nobody’s too posh not to buy a watch online

Bookmarks: Rorke’s Drift and the mark of Caine

A fortnightly look at books and writers

SPORTS DAY: Proteas got a buzz from smoking-hot Hash

Job done. Can we get down to business now, please okes?

Blasts from the past: Parker pops in a disputed penalty