The matric results magic show: what a load of nonsense

Expel kids for carrying knives? That reason doesn’t cut it, it seems

Pupils shocked to find they were not allowed back to  school this week, and principal has some explaining to do

We know South Africans drink too much - this is why

Flea to a good home: you won’t believe why these dogs were dumped

‘Lost city’ of Kweneng found at last, thanks to laser tech

No matter how big or small your company, you must be top of the search list on Google

Why are there no gay male tennis stars? Well, it's complicated

There have only been two 'out' top players in history, and both of them were pre-WW2. What's going on?

‘Sisters’ of doom: Mary and Elizabeth, cousins who fought to the death

As my biography of Mary, Queen of Scots comes to the screen, let's reflect on the strange story of the monarchs

The 20-year-old man accused of raping a seven-year-old girl in the bathroom of a Pretoria restaurant has been ordered to undergo a 30-day mental evaluation. He appeared briefly in the Pretoria Magistrate’s Court on Wednesday where the court ordered that he should undergo a mental evaluation to determine whether he has the capacity to understand court proceedings. The evaluation also aims to determine whether he was of sound mind when he allegedly committed the crime at a Dros restaurant in September 2018. Prosecutor Sanet Jacobson told the court a bed had been made available at Weskoppies psychiatric hospital, and requested the matter be postponed to February 8. The accused would be evaluated by three psychiatrists and a psychologist.

In light of sexual assault claims against US musician R Kelly, the SABC has said it will consider several calls from fans and local musicians for its stations to stop playing the artist's music. The furore follows the worldwide release of the docu-series Surviving R Kelly, which is based on decades-long allegations of sexual abuse against the star. It features more than 50 interviews with women who allege they were sexually and physically abused by the singer. It sparked a massive global campaign to boycott the singer and his music under the hashtag #MuteRKelly. SABC spokesperson Neo Momodu said the broadcaster had noted the allegations against R Kelly and was "considering its options". "We have noted media reports and public campaigns calling on the muting and banning of R Kelly's music following allegations of sexual abuse. The SABC is considering its options and will communicate its decision should the need arise in due course."

The Commission for the Promotion and Protection of Cultural, Religious and Linguistic Communities will be facilitating talks between the SA National Civic Organisation (Sanco) and "prophet" Shepherd Bushiri's Enlightened Christian Gathering church. This comes amid protests calling for the church to be shut down. Sanco is believed to be involved in the protests. "The commission had, “in line with its mandate”, called for the mediation meeting on January 10. Protests and calls for the Malawian pastor to close his church and leave the country were fuelled by the deaths of three church members, killed in a stampede ahead of a church service last month. The commission added: "[We] caution the members of the public that the SA constitution gives people the freedom of religion as well as freedom of association. This right therefore means that people have a right to associate with any religious organisation wherever and whenever they deem it necessary to do so, as long as such a religious organisation operates within the national laws or local bylaws."

The DA leader Mmusi Maimane has become a victim of bullying after posting a heartfelt message to his son, who started Grade 1 on Wednesday. Like many other parents, Maimane posted a picture of himself and his little boy and later his school bag with his son’s name: "My boy Daniel Kgosi Maimane starts school day. Wishing all Gr1 parents great success. Our children start a new chapter. Filled with hope for a future where dreams can be fulfilled. I want to live in an SA where children can have teachers who work hard, and equal opportunities." One Twitter user replied: "With a copycat father like you he'll definitely be copying everything from other kids in class ... " A number of users came to Maimane’s defence. Tumelo01, posted: "I disagree with Maimane on many issues but I think it's unfair to insult an innocent child." Another said children “ought to be protected from the toxicity of the current politics”.

Online delivery service Mr D Food (formerly known as Mr Delivery) is investigating an incident in which one of their drivers exposed himself to a female customer. A video of the incident, which went viral on Wednesday, shows the driver parked at a woman’s front gate. After handing over the food to the customer and while she is walking away, the man is seen removing his penis from his trousers and openly masturbating. It is unclear where the incident took place, although the vehicle has a Pietermaritzburg registration. When the video hit Twitter, Mr D tweeted: "We condemn the driver’s behaviour and sincerely apologise to the affected customer. The driver has been identified and his contract terminated … “ Devin Sinclair, the head of Mr D Food, said the company had apologised to the affected customer. Such behaviour was "certainly not the norm".

As social media was flooded with pictures of children attending their first day of school on Wednesday, DA councillor and Tshwane mayor Solly Msimanga said it was not smooth sailing at all schools across Gauteng. Msimanga visited Klipspruit West Secondary School in Eldorado Park, south of Johannesburg. "Checking school readiness at Klipspruit West High. It is disappointing that teaching and learning has not yet started," Msimanga posted on Twitter at about 11am. He said he met the school's governing body members who voiced concerns about criminal elements affecting learning and teaching. Extreme overcrowding was also a major problem. In 2018, Klipspruit West had a rocky start to the year as parents protested, calling for black teachers to be removed from what they said was a coloured school. In 2017, after similar problems were reported, the SA Human Rights Commission set up an inquiry. The Gauteng department of education was not immediately available for comment.
THE WAVES ARE ANYTHING BUT LIGHT A lighthouse on the Netherlands’ North Sea coast during the first storm of the year.
Image: Koen van Weel/ANP/AFP

Professional snake rescuer Mirza Mohd Arif was called in to remove 20 snakes wedged under the tin roof of a village home in the Bhadrak district of Odisha in eastern India. 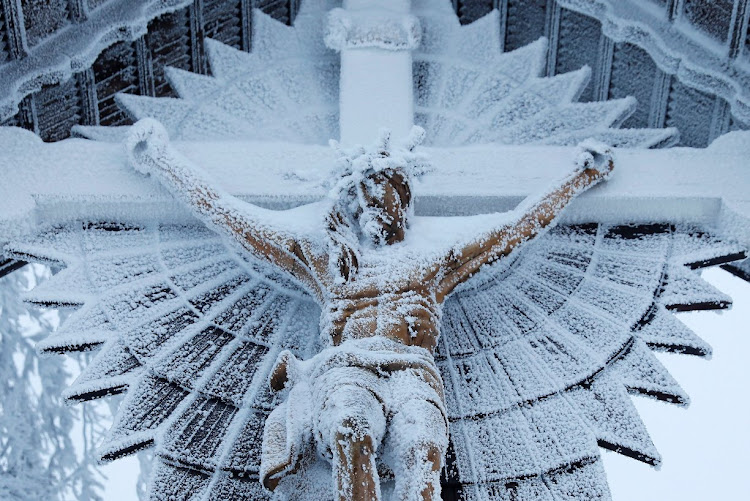 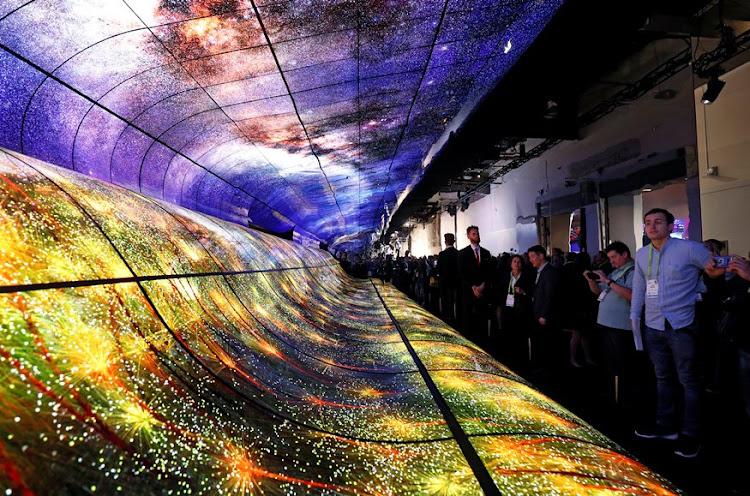 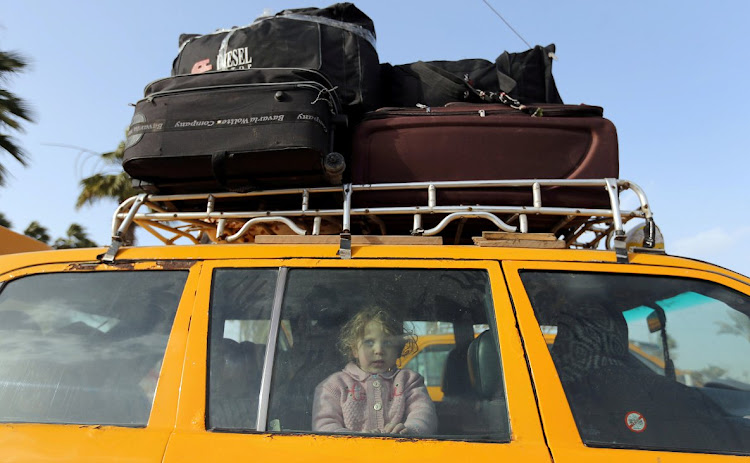 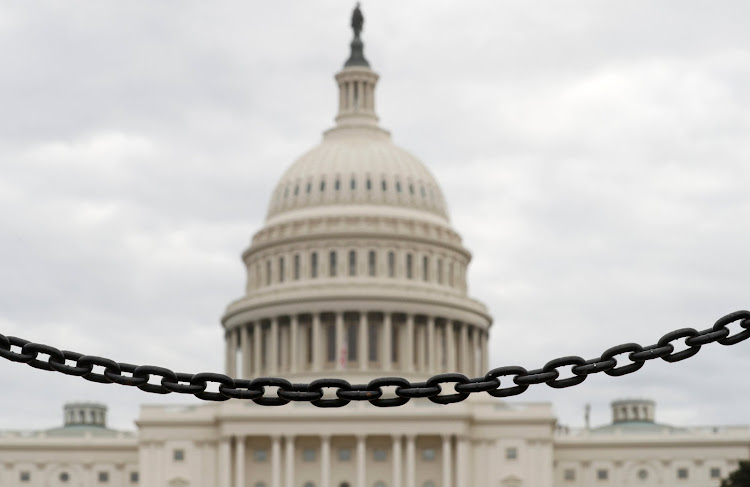 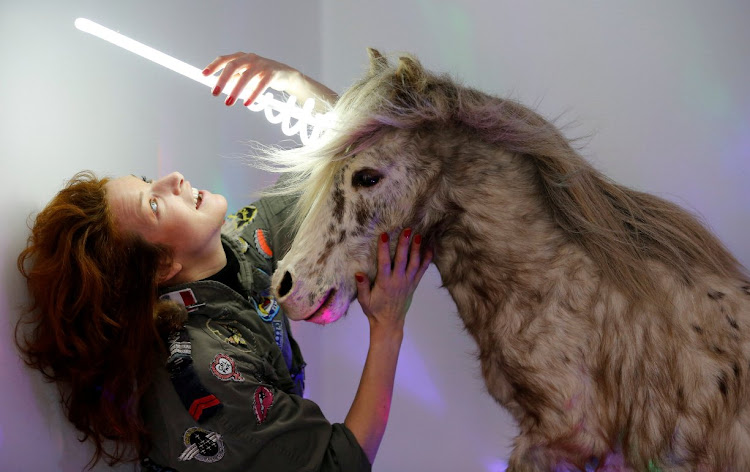 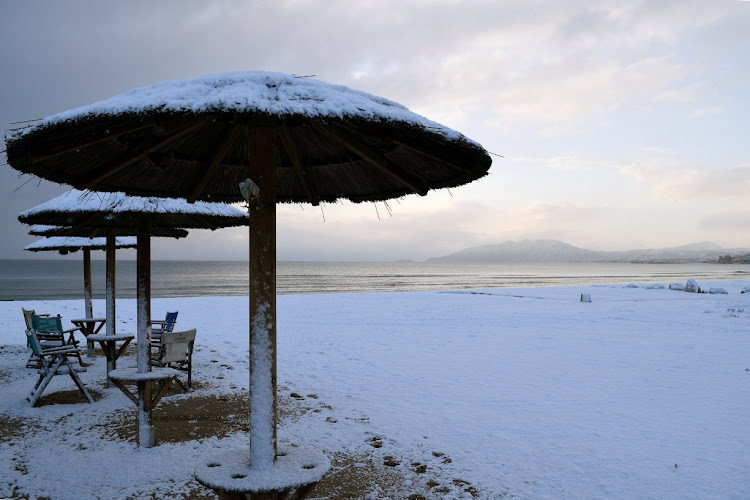 Can it be true? New drug really does reverse ageing, test finds

It removes the ‘zombie cells’ that make bodies deteriorate, and scientists are very excited about it

Here’s not looking at you: Mona Lisa’s magical gaze is a myth

The Mona Lisa effect is nothing but a misnomer, and merely betrays a strong desire to be looked at, scientists reveal

The performers are cool — well cold, really. And the audience is clapping — in part to keep warm. This is music in an igloo played on instruments made of ice. More than 60 concerts have been organised for the Ice Music Festival some 2,600m up in Vermiglio in northern Italy. It is a test for the musicians, as they see their breath freeze on their violins, cellos and guitars. Festival founder Tim Linhart, who has honed his skill making instruments from ice over 10 years after making his first 3m high double bass, explained the perils of using frozen water rather than wood. ‘I tightened the wires and ... boom ... it [the bass] blew up and fell to the ground. The ice is very fragile and sensitive to the pressure of the strings. So you have to get right near the edge of where it is going to blow up to get the sound.’ — Reuters

So fly cattle class like the rest of us, you lot

A crackdown on corruption in Saudi Arabia has severely dented the kingdom’s private jet industry. Up to 70 planes, owned by individuals and charter companies and worth hundreds of millions of dollars, are stranded at airports. Some were handed over to the state in settlements reached after the crackdown was launched in late 2017, when dozens of princes, businessmen and government officials were detained. Others belong to Saudis who either face travel bans or are reluctant to fly the planes because they are wary of displays of wealth. The idle aircraft include Bombardier and Gulfstream jets. There are also larger Airbus and Boeing aircraft that are more commonly associated with commercial airlines but are often used in the Middle East as private jets. — Reuters

Christian Dior is bringing forward its men’s fashion show in Paris to avoid ‘yellow vest’ protesters who have fought police, torched cars and smashed up shops over recent weekends. Dior rescheduled a menswear catwalk show initially planned for January 19 — a Saturday, when protesters have tended to converge on Paris and other big cities across France. The show will instead be held on Friday, January 18. Upmarket Dior and Chanel boutiques were among those vandalised by the protesters in December. The yellow vest revolt, driven by high living costs and frustration at President Emmanuel Macron’s leadership, has hit retailers and hotels particularly hard. — Reuters

Boffins take the sting out of mozzies’ buzz

Scientists in the US have taken a major step towards developing a ‘mosquito birth control’ drug to curb the spread of malaria and other killer diseases. Researchers at the University of Arizona said they had discovered a protein unique to female mosquitoes which is critical for their young to hatch. When the scientists blocked the protein, the females laid eggs with defective shells causing the embryos inside to die. Malaria infected about 216 million people in 2016, killing 445,000 of them, predominantly babies and young children in sub-Saharan Africa. Other diseases spread by mosquitoes include Zika, Chikungunya, yellow fever, West Nile virus and dengue, which has risen 30-fold in recent decades, according to the WHO. — Reuters

Corona beer maker Constellation Brands has cut its 2019 profit outlook on the back of costs related to its investment in a Canadian pot producer, sending its shares down 11%. The brewer was the first alcoholic beverage maker to enter the growing cannabis industry with its over $4bn investment in Canopy Growth, which was financed with debt. Constellation has bet on Canopy Growth, Canada’s largest pot producer, to cash in on the booming demand for recreational marijuana, whose use has been legalised in 10 US states and in Canada. However Canopy Growth’s worse-than-expected quarterly results in November sent its shares down 9% on the day and reduced Constellation’s fair value in the pot producer by $164m. — Reuters
THIS SPELLS DOOM The White House ahead of an address on border security and the government shutdown from Donald Trump.
Image: Saul Loeb/AFP

MTN: PIC may be on a fishing expedition, but it’s still fishy

Ascendis: JSE’s worst loser in 2018 bounces ever so softly

Tech giant has launched an ‘interpreter mode’ for its voice-controlled speakers. Never be lost for words again

Fear and clothing: A queue-cutter example of how to ruin the holiday spirit

A reflection on the vagaries and charms of fashion

Top tips for looking great in the new year

Golden Globes: Zhuzh was it with black on the back burner

Nice one India, but you’ve still got to beat Pakistan’s record

India are the worst subcontinent team at adapting their game outside Asia, despite humbling Australia at home

Blasts from the past: Greyling rescues draw against ’70 Irish