Back to school, but it’s bums on buckets and beer crates for pupils

The department of basic education has admitted it is 1.16 million units of school furniture short across SA

A pupil in irons, who chalked up four distinctions in the matric finals, has lofty ambitions of being a teacher

ANALYSIS: Why Zuma's land tweets should worry us

Of lice and men: Female insect grows a penis to get her man

Sweet! The ban on unhealthy snacks at shop tills checks out

Just how expensive is intensive care? Now we know

The figure is a crucial precursor to implementing the National Health Insurance, say medics who crunched the numbers

Skeletal homecomings: the proof is in the ancient DNA

The remains of Aboriginal Australians, and indigenous groups the world over, could finally be on their way home

After the big pre-surprise, it’s party time for Manyi the mighty mogul

The waiting's over, he will reveal his political future, and the country will never be the same

Queen guitarist (and astrophysicist) has been gazing at a heavenly body - and, no, it's not Rami Malek's

This is the year we will see the world order coming off the hinges, political risk advisers warn

An education expert believes a fundamental problem with SA’s education system is that not all students are equipped with the basics in primary school. This comes after the Spectator Index ranked SA’s youth unemployment rate as the highest in the world. Of the countries it ranked, the Spectator Index said the five countries with the highest youth unemployment were SA at 52.8%, followed by Greece (36.8%), Spain (34.9%), Nigeria (33.1%) and Italy (32.5%). SA’s poor foundation-phase education system has repeatedly been linked to the country's skills shortage. Education analyst Nic Spaull told said on Tuesday: "78% of Grade 4 children can't read for meaning in any language and 61% of Grade 5s can't do basic maths. I think that is where the wheels come off and that's where we should be focusing our attention."

Is that Mbeki? KZN statue has everyone confused

In celebration of its 107th birthday, the ANC has erected statues of its past leaders along the M4 in Durban North, but everyone is asking who is the man next to Nelson Mandela? The statues include ANC leaders and stalwarts Oliver Tambo, Nelson Mandela, Thabo Mbeki, Jacob Zuma, Cyril Ramaphosa, Winnie Madikizela-Mandela and Albertina Sisulu. Mbeki's statue caught the eyes of many on social media who were questioning who the man standing between Mandela and Zuma was. The statue of Mbeki sparked many reactions on Twitter with many questioning the resemblance. Meanwhile, the DA in KwaZulu-Natal has written to eThekwini city manager Sipho Nzuza requesting details regarding reports that the municipality is planning to spend R20m on new statues of Tambo and Mandela. The statues are to be unveiled later this year.

A highly contagious viral disease that affects livestock has been detected in SA. The department of agriculture, forestry and fisheries (Daff) said on Tuesday laboratory results for foot-and-mouth disease in cattle had come back positive in the Vhembe district of Limpopo. Samples were collected during a disease investigation following reports of cattle with lameness. "The positive location is just outside the foot-and-mouth disease control zone, in the free zone without vaccination," said the department. Experts from the department and Limpopo veterinary services were determining the extent of the outbreak, which had been reported to the World Organisation for Animal Health. "As a result of this development, the official OIE recognised foot-and-mouth disease-free status of South Africa is temporarily suspended. Consequently, any exports where foot-and-mouth disease free zone attestation is required cannot be certified." The disease affects cattle, pigs (domestic and wild), sheep, goats, and other cloven-hoofed animals.

A drug bust at the Port of Ngqura on the outskirts of Port Elizabeth on Monday led to cocaine with a street value of more than R700m being seized. The bust was carried out by the Hawks in conjunction with other specialised police units. Members of the national and provincial Hawks swooped on the deep-water port following a tip-off. Officers found the cocaine stashed below the deck. In 2010, cocaine worth more than R400m was seized. It had been sealed inside the frame of a shipping container, also at the Port of Ngqura. Following that bust, former Cuban spy Nelson Yester-Garrido - who is believed to be linked to a drug network involving convicted drug dealer Glenn Agliotti - was arrested at his home in Hyde Park, Johannesburg. Charges against Yester-Garrido were later withdrawn following numerous delays in the case.

Unsuspecting students risk being duped by bogus institutions and ending up with unrecognised qualifications. They pay for tuition, completely unaware that the colleges at which they are registered are not accredited - and therefore that the qualifications issued by the institutions are worthless. There have also been numerous reports of people who intentionally include qualifications they do not possess on their CVs to fraudulently gain employment. Following several qualifications scandals in recent months, the government used its Twitter account to warn 2018 matriculants about bogus colleges. It also provided a link to a website to check if a college is accredited by the higher education and training department.

A baby born at Durban's Addington Hospital on Tuesday has been given the name 'Khongolose' - a colloquial Zulu term for the ANC – on the 107th anniversary of the party’s founding. Proud parents Mpumelelo and Nosipho Dlamini welcomed their son, Siko Luka Khongolose Dlamini, into the world. "The isiZulu word Siko means culture in English,” his mother Nosipho said, speaking during a visit by the ANC Women's League’s Bathabile Dlamini to the maternity ward. The young mother said she was delighted by the ANCWL visit, adding that it would make the birth day of her son more memorable. The Dlaminis were one of three couples whose babies were also born on Tuesday and who received gifts from ANCWL.
SEEING RED India PM Narendra Modi waits for the arrival of the Norwegian prime minister in New Delhi.
Image: Reuters/Adnan Abidi 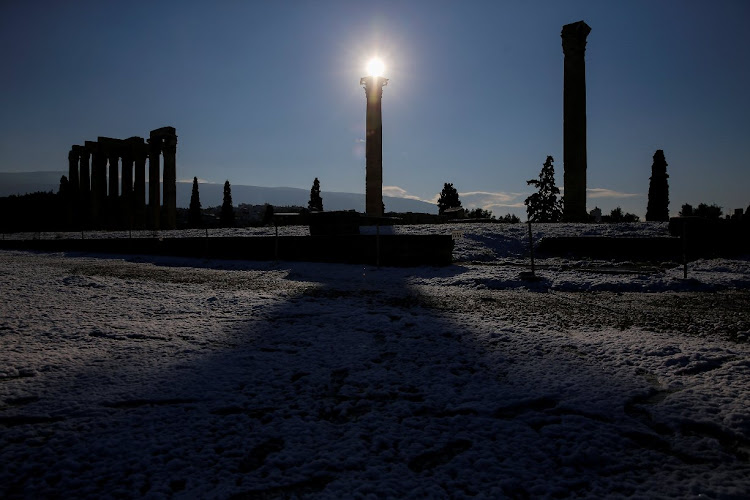 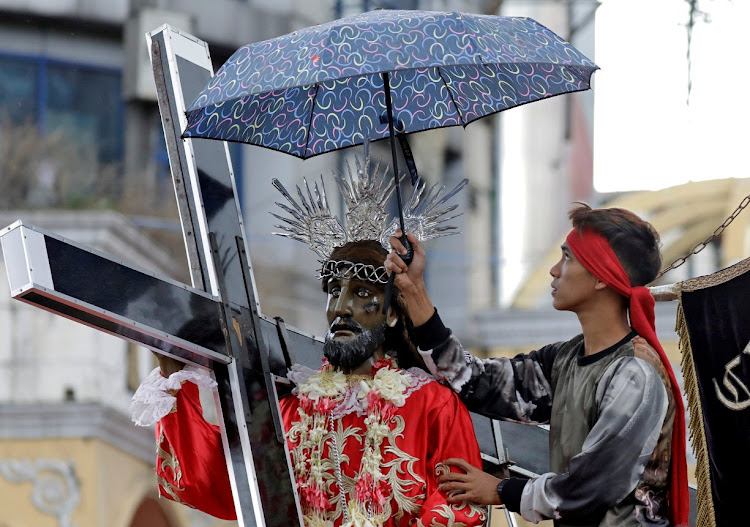 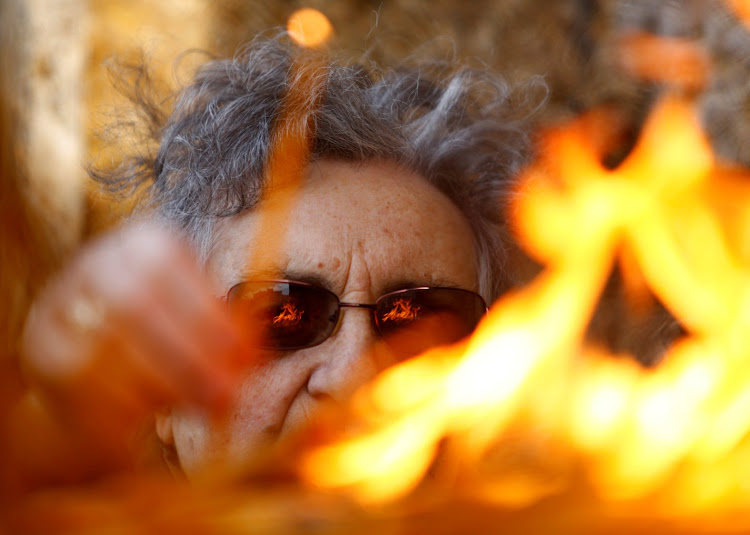 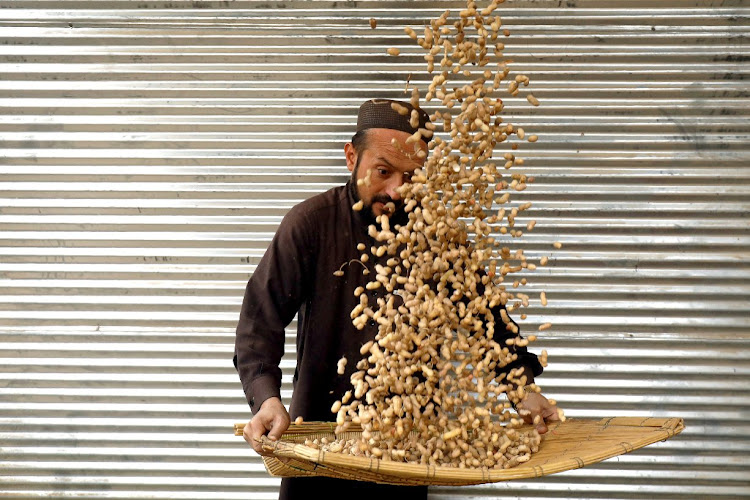 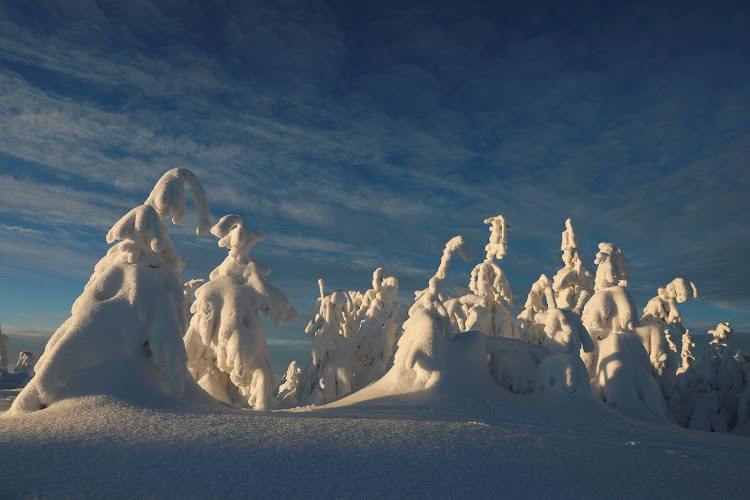 Scientist who genetically edited babies may get death penalty

The Thai had authority. She had a phone

A Saudi asylum seeker arrived in Bangkok and faced deportation, but she is safely with the UN refugee agency. Rahaf Mohammed al-Qunun fled from home after she was allegedly subjected to abuse by her family. When denied entry in Bangkok, she tweeted her ordeal and caught the attention of rights campaigners. – AFP

Sir, what’s in your crotch? A pussy?

Singapore authorities foiled a bid to smuggle four kittens stuffed down a man’s trousers after hearing meows coming from the suspect’s crotch. The kittens have been put in quarantine, and were active and well. It is not clear why the man was trying to bring the kittens into Singapore, although it could have been to sell on as pets. – AFP

A student has confessed to one of Germany’s biggest data breaches. He managed to leak personal data from about 1,000 people, including Angela Merkel, other politicians and journalists. The man was arrested after police searched a property in the central state of Hesse on Sunday evening. – Reuters

Dam! Ancient town meets the eye of the Tigris

The small Turkish town of Hasankeyf, inhabited for 12,000 years, is doomed to disappear in the coming months. An artificial lake, built further downstream the Tigris, will swallow it up. Some residents are angry at the sacrifice, while others are impatient for the economic benefits promised by project. – AFP

Germany returned a painting looted by the Nazis to the heirs of French Jewish politician Georges Mandel. The portrait, by French painter Thomas Couture, was presented by German culture minister Monika Gruetters to the family of Mandel, who was executed by fascists near Paris in 1944. – AFP

French police fume over cash for a bash

French officials slammed a fundraising drive for a former boxer filmed punching police officers during a ‘yellow vest’ protest in Paris. Christophe Dettinger turned himself after videos emerged of him assaulting cops. As of Tuesday morning, more than 7,000 people had pledged 117,000 euros to help pay legal costs for Dettinger, who remains in custody. – AFP
RIOTING WITH THE PUNCHES Former French boxing champion Christophe Dettinger clashes with gendarmes at a demonstration by the ‘yellow vests’ in Paris.
Image: Reuters/Gonzalo Fuentes

Car blimey! When your wheels are watching you, watch out

New tech unveiled in Las Vegas monitors you inside your car, potentially using eye tracking to sell you stuff

Here’s my resolution: to make breakfast a curry for all ills

Abstinence rarely makes the heart grow fonder, so here's a way to actually enhance your life this new year

Just for the record: The best of the year dished up on a platter

Fridge pickings: It’s all over minibar the shouting

A miniature world of expensive possibilities is now washed up, found out and neglected

SPORTS DAY: Have we been Afconned, Safa chief wonders

Blast from the past: Kepler Wessels gets it Oz about face