From racist runts to Trump twittery, it’s the year of living dangerously

In the Americas, Brexit-addled Britain, China and Africa, 2019 has begun very badly indeed

When it comes to car safety in SA, we are the crash dummies

Not all cars are equal, and people in emerging economies have to put up with lower safety standards

Minister warns overpayment of councillors will constitute irregular expenditure, which municipalities must recover

The beach house that’s more trouble than it’s worth

A businessman has already been hit with a R175,000 fine for his illegal beach house, and could end up paying more

Florists show their thorns in a legal letter sent to the retailer, saying hundreds of jobs are at stake

Violent protests kept him out of class, but that didn’t stop him

Despite being shut out of school, matric who passed with flying colours never stopped studying, says his mom

Doctors head to court to get a cure for placement woes

Foreign-trained doctors complain that they are being sidelined

Just what the doctor ordered: New medical school in the pipeline

The family of a 66-year-old Irishman, who is believed to have flown to SA last week to meet a woman he had been chatting to online for two years, is worried after not having heard from him since. Stanley Currie was alleged to have boarded his flight on December 28, but hasn’t been heard from since December 30. His brother Robert took to social media to post his pictures, pleading for assistance. He claimed that Stanley had bought a one-way ticket to Johannesburg. “He hadn’t booked any accommodation over there. [He] was carrying a large amount of cash,” said Robert, adding that his brother suffered from depression and a heart condition. “This person who he was going to meet … no one from the family has any idea who she is and we are obviously concerned that it is a scam,” he added.

Staff ‘not to blame’ for baby’s death

The Limpopo health department has revealed that its staff was not to blame for the death of a baby born outside the gates of a local clinic last month. The incident happened at the Tshino Clinic in Vuwani. Provincial health MEC Phophi Ramathuba had instigated an investigation into the incident shortly after it happened. “The woman gave birth to a macerated stillborn. Tests conducted indicate that the baby died in uterine few days before delivery. This is against the allegations and media reports which suggest that the baby died after delivery,” said department spokesperson Neil Shikwambana. At the time, TimesLIVE reported the woman had arrived at the clinic at about 3am. Asked whether the clinic operated on a 24-hour basis, Shikwambana said it worked on a call-out basis in the evenings. “If a patient arrives after normal operational hours, there are standby nurses who would be called by security to assist,” he said, adding: “There should have been nursing staff at the clinic to assist the patient in question.”

The social development department has moved to exclude all private professionals from adoption processes in SA by drafting proposals that will make it illegal for them to charge a fee for their services. Proposed amendments to legislation regarding the banning of fees were gazetted in October, with 30 days for public comment. But adoption experts have accused the department of using “stealth” to push the amendments through. They say they would have gone unnoticed had they not been raised by attendees at a recent meeting hosted by the department. Department spokesperson Lumka Oliphant said not enough effort was being made to keep children with their biological families. However, adoption and children’s rights attorney Debbie Wybrow labelled the move “state capture”, saying it would result in the closure of many, if not all, child protection and other professional organisations that who had decades of experience in working with children in need.

A battle for a stake in Mozambique’s lucrative offshore gas fields is believed to be behind the arrest of SA businessman Andre Hanekom. Hanekom, 61, known as baba mzungubaba mgungu (white father) to locals in the coastal hamlet of Palma in northern Mozambique, has been in custody for five months despite being granted bail in October. He is charged with terrorism following his dramatic arrest last August. Security risk analysts, and those who know him, have dismissed claims he is involved in terror attacks linked to the extremist group, Ahlu Sunnah Wa-Jama, as claimed by authorities. Instead, many say his logistics company and lucrative slipway, which have landed him lucrative deals with international gas companies, have made him a target for those wanting to muscle in on the gas exploration industry.

It's back to school on Wednesday and experts and education departments expect an influx of pupils into Gauteng and Western Cape due to parents' quest to find the best schools for their kids. However, the national department of basic education said most pupils who had applied had been placed in schools by mid-November. The department admitted that one of the difficulties in finalising the placement of pupils last year was that of "some schools attracting more applications than others". Hot spots where demand for schools was high included East London, Port Elizabeth and Mthatha in the Eastern Cape; Strand; Mitchells Plain and George in Western Cape; Frances Baard district in the Northern Cape; and Pinetown and Pietermaritzburg in KwaZulu-Natal. Alberton, Pretoria, Midrand, Benoni, Mondeor, Kempton Park, Bryanston and Centurion had high demand for schools in Gauteng.

President Cyril Ramaphosa is set to confront his predecessor, Jacob Zuma, about his public comments that contradict ANC policy. Insiders said Ramaphosa, who will launch the party's election manifesto in Durban on Saturday, has also been advised to discuss issues about state capture and Zuma's court cases when they meet. The request for a meeting comes amid fears in the party that some Zuma supporters might try to embarrass Ramaphosa at the manifesto launch in a province where support for Zuma is strongest. Zizi Kodwa, head of the ANC presidency, confirmed that Ramaphosa had asked for a meeting with Zuma but no date had been set. However, he said the meeting was no different from consultations Ramaphosa had held with the other former presidents, Thabo Mbeki and Kgalema Motlanthe.
ICE ICE BUILDINGS Ice sculptures illuminated by coloured lights at the annual ice festival in the northern China city of Harbin.
Image: Reuters/Tyrone Siu 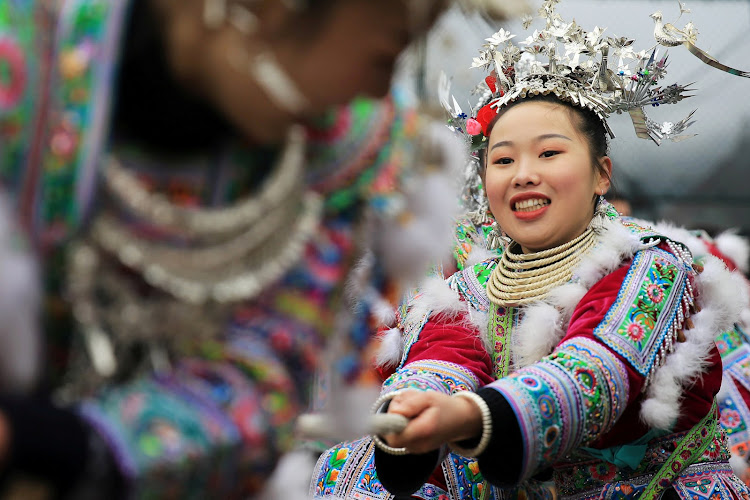 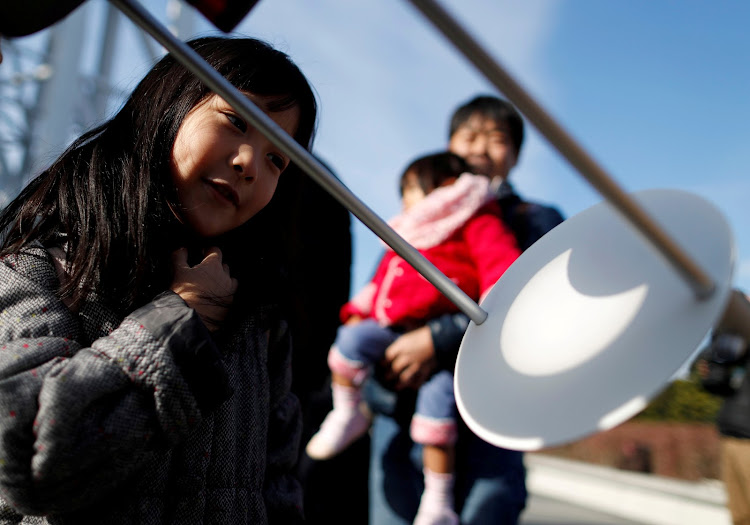 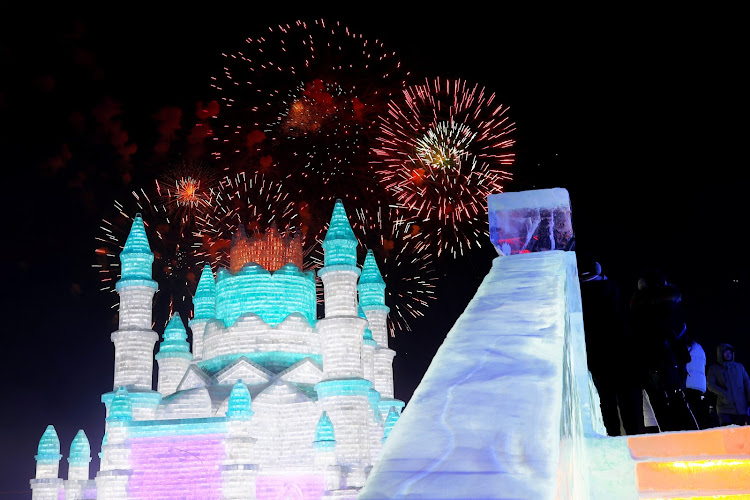 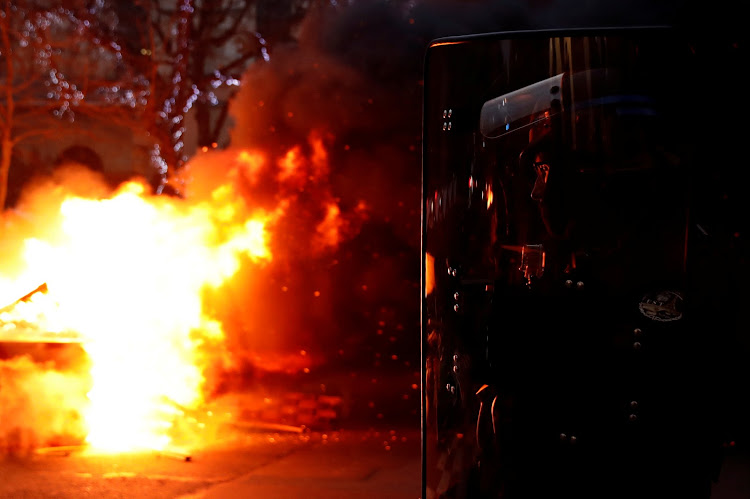 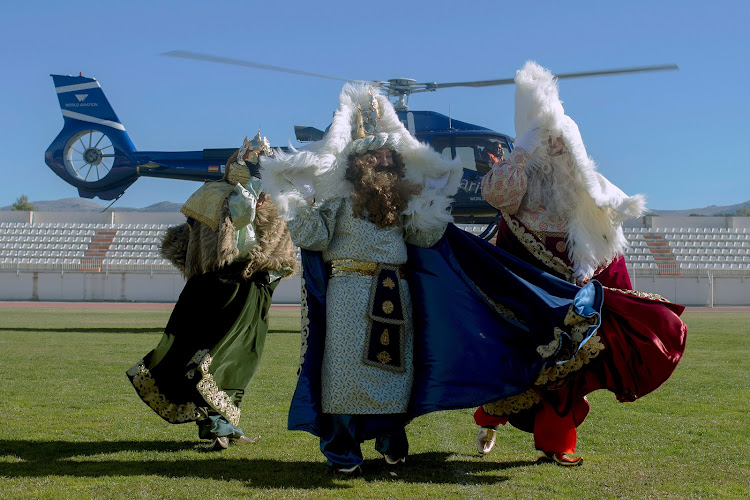 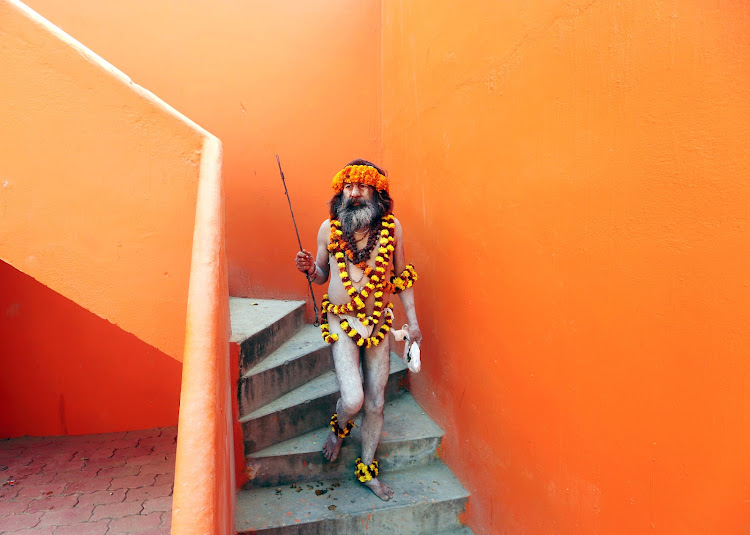 Sorry, dads. Faulty sperm may be the cause of multiple miscarriages

Darker side of the moon: Are we on the verge of space war?

Learning curve: Why Princess Eugenie is proud of her scoliosis scar

Forget lab-grown meat, a US company backed by Mark Zuckerberg and Li Ka-Shing, Hong Kong's richest man, is developing lab-grown cow skin in a bid to disrupt the $100bn global leather industry. Andras Forgacs, founder and chief executive of Modern Meadow, said the new technology will allow real leather to be produced at scale in a factory without having to raise or slaughter livestock. Instead, the vegan-friendly leather will be made using a bioengineered form of yeast that will be brewed to produce bovine collagen, a protein found in the connective tissues of cows, the basic biological building block of leather. - The Sunday Telegraph

Chinese gay dating app Blued is halting new user registration for a week, it said on Sunday, following media reports that underage users caught HIV after going on dates set up via the world's largest networking app for the LGBT community. On Saturday, financial magazine Caixin said juveniles were heavily involved in the gay dating app. It added that many gay teenagers had unprotected sex through the app and contracted HIV. In response, Blued vowed to launch a ‘comprehensive content audit and regulation’ and crack down on juvenile users posing as adults and on texts, pictures and groups that involve minors. – Reuters

Bars of soap make a comeback

For years it has been shunned as a dated, dowdy and verging on dirty method of washing one's hands. But now for the first time in a century, bars of soap is making a comeback in UK bathrooms, emerging as a luxurious, and altogether classier alternative to bottled soaps. Following decades of decline, sales of barred soap have risen by nearly 3% over the past year. This comes amid a major consumer backlash against unnecessary plastic waste, as households are searching for more eco-friendly versions of everyday items. – The Daily Telegraph

Landlines are dying fast in UK

Britons spend almost half as much time using their landlines as they did six years ago while mobile phone data demand has grown tenfold. The demand for landline calls has dropped from 103 billion minutes in 2012 to 54 billion in 2017, while mobile call minutes increased from 132.1 billion to 148.6 billion. In the coming years, experts expect broadband calls to overtake traditional telephone calls for the first time. – The Daily Telegraph

Ivory may not always be illegal, scientists have discovered, after finding woolly mammoth DNA while carrying out genetic work on the origins of elephant tusks. The DNA was discovered in trinkets in Cambodian shops alongside items made with ivory from endangered Asian and vulnerable African elephants. The finding poses a conundrum for conservationists because woolly mammoths have been extinct for around 10,000 years and are not covered by international agreements on endangered species. – The Daily Telegraph

Malaysia's King Muhammad V abdicated on Sunday, the first time a monarch has stepped down from the throne before completing their five-year tenure. No reason was given, but images purporting to show the king getting married a former Miss Russia appeared on social media in December. Malaysia has nine royal households, who typically take turns to sit on the throne. - Reuters
A chilly reception Ecumenical Patriarch Bartholomew I gives presents to Greek Orthodox faithful after they swam into the Golden Horn during the Epiphany day celebrations in Istanbul.
Image: Umit Bektas/Reuters

If you want your daily bread, give us this day more money

Grow for it! Women are urged to stop shaving in ‘Januhairy’

More than a billion Barbies have been sold since her 1959 debut, and she's weathered the triumphs and troubles well

Les Misérables: the epic that changed hearts and minds

In light of a new BBC adaptation, here is a look at the turbulent historical setting of Hugo's masterpiece

SPORTS DAY: It’s a dead rubber and Faf is beaming

Blast from the past: Hopwood dots down in England upset