EFF wants land occupiers dealt with by courts first, not the police, a view the state has branded 'incoherent'

The most powerful gifts are wrapped in selflessness

No smoking and flying at dope expo

We'll show you how to grow it, but we won't be selling you weed, says expo director

CLEVER new plan to save lives of babies and moms

Reflecting on 2018, DA leader Mmusi Maimane said it has had many challenges for the DA, but the party is looking forward to next year’s national elections. Speaking to the party’s Gauteng staff on Wednesday, Maimane cited the removal of Athol Trollip as Nelson Mandela Bay mayor and Patricia de Lille leaving the party in Cape Town as among the difficulties the DA had encountered. He said “tsotsis became united” in Nelson Mandela Bay to remove Trollip. “What also took place in Cape Town, while necessary, was also difficult. We knew for a long time something was happening there. We didn’t have a choice, we had to act … While this year has been tough in many ways, I am glad we went through it. We’ve landed on our feet and now we are moving ahead. If the DA does not succeed, South Africa will not succeed.”

Replanting timber plantations destroyed in the recent Garden Route fires will cost about R80m, according to industry estimates. A total of 76km² of private plantations, mainly pine, were totally or partly destroyed in the fires that raged between October 25 and November 16, according to Sawmilling SA and Forestry SA on Wednesday. The plantations ranged from one to 25 years old, with two-thirds older than 16 years. "This will have a major negative influence on the future ability of the forestry industry in the region to produce the timber needed to supply the processing plants that rely on this resource," they said. "Many jobs in the timber-growing sector will be permanently lost. Forestry infrastructure was also destroyed." A sawmill in Geelhoutvlei valued at more than R100m was burnt down in the fires – which claimed 10 lives - leaving 400 people unemployed.

R12m to lure tourists back to Cape

Cape Town is ploughing R12m into a global campaign aimed at bringing back tourists scared away by "Day Zero" doom-mongering. The "Nowhere Better" campaign will focus on the key tourism markets of the US, UK and Germany, according to a report that will be presented at Thursday's meeting of the Cape Town city council. "This industry is vulnerable to key shocks such as the water crisis and the accompanying negative imagery that was propagated by international media," says the report. This imagery "definitely had an impact in making Cape Town a less desirable international tourist destination". The council is contributing R3m to the campaign, with the rest coming from tourism and trade promotion agency Wesgro, Cape Town Tourism, and the Tourism Business Council of SA. Tourism directly employs 206,000 people in the Western Cape and pumps R39bn a year into the provincial economy.

Gauteng police say there is still no trace of the two murder accused who escaped from the South Gauteng High Court a week ago. Captain Mavela Masondo said police were following up on leads to arrest them. Mongezi Mcunukelwa, 31, and Sbonelo Thwala, 21, escaped from court last Wednesday. It was believed that Mcunukelwa, who is alleged to be a serial killer from Katlehong, east of Johannesburg, abandoned his bail application in the Palm Ridge Magistrate's Court a day before. Mcunukelwa is allegedly linked to 10 murder and attempted murder cases. He was reportedly arrested on June 21 2017 after a shootout with police. Masondo said police could not disclose how the two men had escaped.

Get a load of what SA Googled this year

SA turned to Google this year to find how to fall pregnant, where to find jobs and more about former president Jacob Zuma. The search engine giant announced the results of its 2018 Year in Search on Wednesday to reveal the year's major moments and top trends based on what South Africans were searching for. Google processes more than 40,000 search queries every second, translating to more than a billion searches a day and 1.2 trillion searches a year worldwide. Google SA said this year's searches showed South Africans had a keen interest in local celebrities, as well as news and events, while the most-asked questions list revealed an awareness of, and curiosity about, what was happening in the world. Top-trending SA searches included “load shedding”, “Zuma” and “listeriosis”, while personalities like Sbahle Mpisane, Kevin Anderson and Malusi Gigaba also featured prominently. Top questions included “what is listeriosis?”, “How much are Global Citizen tickets?” and “How to get pregnant?”

The Johannesburg Metropolitan Police Department (JMPD) has launched an internal investigation following allegations that the traffic management plan at the recent Global Citizen Festival was not adhered to. "Our internal investigation has commenced as we need to establish what went wrong and learn valuable lessons. The city welcomes any substantiated reports that could assist with this investigation," said mayoral committee member for public safety Michael Sun. The investigation comes after the Sunday Times reported that the JMPD's failure to properly implement the traffic management plan – by, among other things, arriving nearly seven hours late to close roads around FNB Stadium – was the catalyst for the chaos after the event. "We want to express our deepest regrets to those affected and call on the victims to come forward so that investigations can commence. It is the safety of those we serve that is the most important,” said Sun.
AHEAD OF THE PACK Catholic faithfuls in the celebration of the Day of the Virgin of Guadalupe in San Salvador, El Salvador.
Image: Reuters/Jose Cabezas
How much do you spend on Xmas gifts?

Participate in our poll above how much South Africans spend on Christmas presents. Click on the icon if the poll does not load automatically. 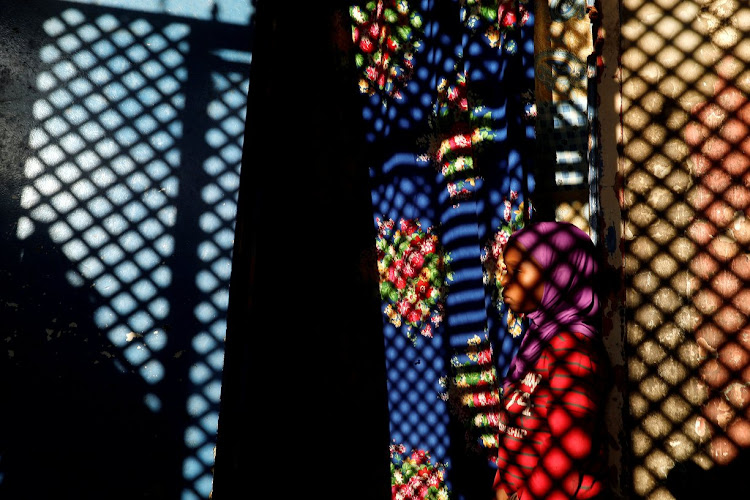 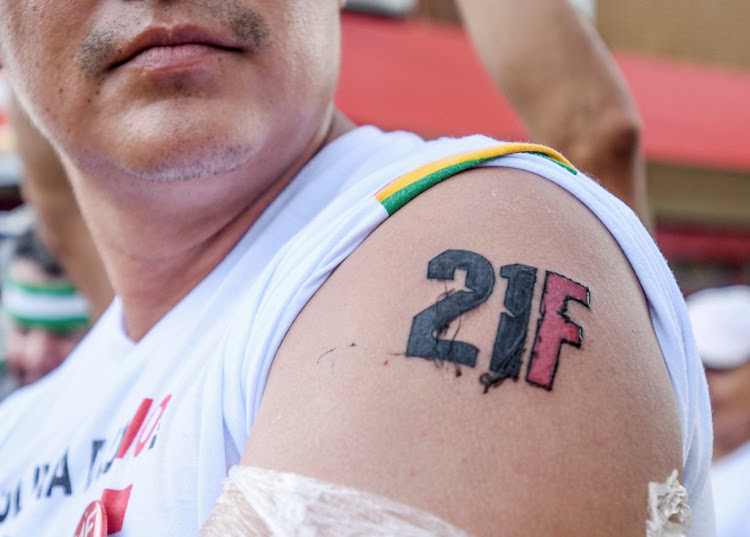 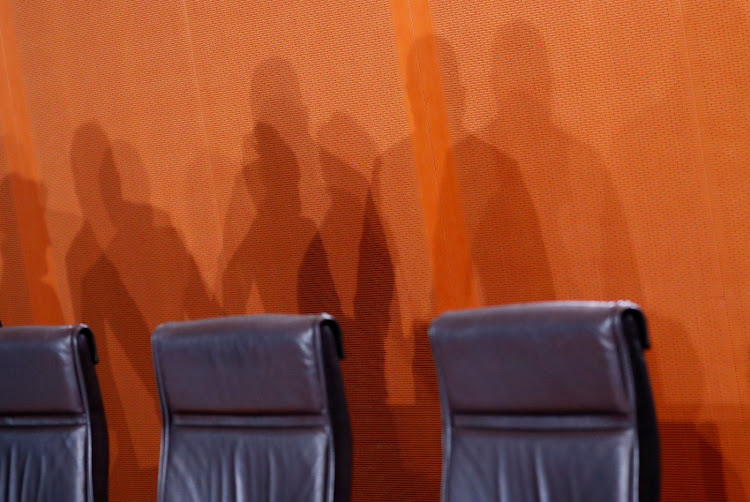 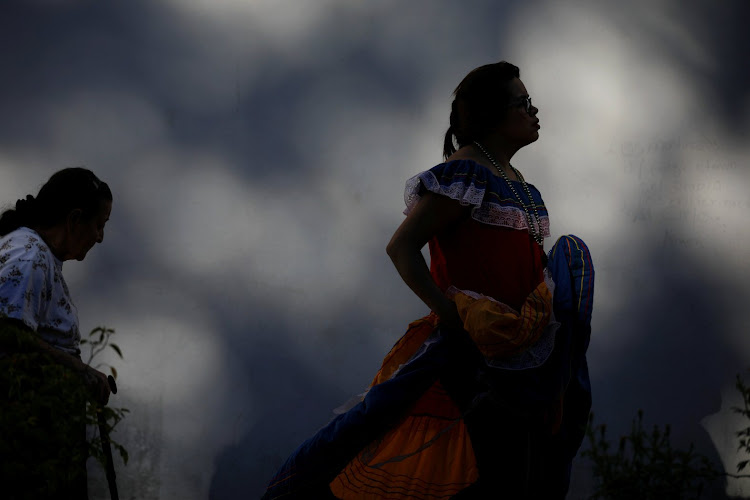 Despite their vow of poverty, the pair hit Sin City casinos and lied to parents about where they got the cash

Pud a lid on it: Think twice before scoffing that mince pie

We hate to be a Scrooge, but it takes longer than you think to work off those festive treats, experts warn

Two British pensioners arrested on suspicion of attempting to smuggle £2m of cocaine aboard a cruise liner have been described as acting like regular holidaymakers. The couple, aged 70 and 72, were detained in Lisbon, when their liner docked there after returning from a tour of the West Indies. The pair were understood to be cruise regulars who had made several trips to the Caribbean in recent years. - The Daily Telegraph

A Singaporean man convicted over a multi-million-dollar fraud at a glitzy megachurch was found guilty on Wednesday of trying to flee by boat a day before his sentence was to start. In a case that gripped the city-state with a mix of religion and lavish spending, six City Harvest Church leaders were convicted in 2015 of pilfering tens of millions of dollars from the Christian place of worship to promote the pop career of the pastor's wife. The church had more than 30,000 members at its peak some years ago. - AFP

Ferrero Rocher has been named and shamed as the Christmas chocolate box with the least recyclable packaging. The vast majority (89%) of the packaging in a 359g Ferrero Rocher Collection box may be destined for landfill as it is made from non-recyclable plastic and foil, a study found. The only parts that can be recycled are the paper cases and the gold plastic tray in which they sit. – The Daily Telegraph

Eating too much will kill your grandsons

Overeating in teenage years could damage the lifespan of future grandsons. Swedish researchers looked back at 9,039 grandparents born between 1874 and 1910, and followed their grandchildren until 2015. After comparing information from harvests, they found that that the grandsons of grandfathers who had eaten well from bountiful harvests during their formative years were three times more likely to have died from cancer. They were also 50% more likely to have died from all causes, than children whose grandparents grew up in leaner times. – The Daily Telegraph

Pope Francis has removed two prominent cardinals from his inner circle months after they were tainted by paedophile scandals. Australian Cardinal George Pell and Chilean Cardinal Francisco Javier Errazuriz were both sacked from the so-called C9 Council of Cardinals, the Vatican said Wednesday. The last time the C9 met in September, Errazuriz, who is accused of ignoring reports of abuse in Chile, and Pell, who faces charges in Australia related to historical child sexual offences, were both absent, and the council said it was considering restructuring. - AFP

A seven year-old Indian girl asked police to arrest her father after he failed to build a toilet in their home as promised. Hanifa Zaara didn’t want to go out in the open and won a promise from her father to build a lavatory indoors. But when no toilet was built she went to the police to lodge a complaint. “We then rang up her father, called him to the police station and made them shake hands and compromise,” a policeman said. – Reuters
DRIVEN TO THE ARMS OF GOD Italian soldiers attend the weekly general audience led by Pope Francis at the Vatican.
Image: Reuters/Max Rossi

Anglo’s pesky Brazil mine languishes in the pipeline

Ascendis learns the cost to Coast of risky borrowing

Fuschia of style: 10 lessons the from British Fashion Awards

The awards for the nattily dressed took place on Monday

The singer insists she's not trying to shift gender norms, but rather promote individuality and equality

SPORTS DAY: Cameron leaves on top of the world

It delivers a world-beating match-day experience. Now all that's needed is the will to bring rugby to Green Point

Blast from the past: Terror takes title and a piece of history