ANALYSIS: The Guptas are plotting to capture SA all over again

Looking back at the state capture probe, it’s clear the Guptas think they can dupe us back into their clutches

In the era of Trump and Malema, truth and journalism drift apart

Between yelling demagogues and rage-tweeting oligarchs, it’s increasingly hard for journos to wield their vital weapon

Esidimeni mastermind forced out, but ‘I’ll believe it when I see it’

With the hearings over, they must now come to terms with the fact that they will never hold their daughter again

’Tis the stressed-out season to pack on the pounds

Moyane replacement to be appointed soon

Following the decision by the North Gauteng High Court which upheld the firing of former Sars commissioner Tom Moyane, President Cyril Ramaphosa says he will soon initiate a process to appoint a new commissioner. Ramaphosa’s spokesperson, Khusela Diko, said on Tuesday the president welcomed the court's decision. "President Ramaphosa has welcomed the judgment as a step towards stabilising Sars at a time when efficient revenue collection and tax justice is vital to economic recovery and restoring the confidence of corporate and personal taxpayers in this important public institution,” she said. Ramaphosa fired Moyane in November after a recommendation by the commission of inquiry into governance of the revenue service and tax administration, headed by retired judge Robert Nugent. Judge Hans Fabricius said in his judgment that the matter was not urgent and further dismissed Moyane's bid to block the Nugent commission's final report.

Leaders of the ANC and its alliance partners have told public enterprises minister Pravin Gordhan to immediately end load shedding. A group of leaders from the governing party, the SA Communist Party, trade union federation Cosatu and the SA National Civic Organisation met on Monday for a political council meeting, where Gordhan was called to make a presentation on the state of power utility Eskom amid rampant power cuts across the country. The ANC’s Zizi Kodwa said the meeting had instructed the government to stop load shedding. Eskom announced no planned load shedding for Tuesday. The ANC has decided to call on its deployees in government and Eskom to "consolidate a coherent response on ensuring sustainable energy security" before the end of December. Gordhan told the media on December 7 that he was going to try hard to end load shedding before Christmas.

ANC national spokesperson Pule Mabe has asked to be placed on leave pending the outcome of an investigation by the party's grievance panel into allegations of sexual harassment against him. Mabe said on Tuesday he had written to ANC secretary-general Ace Magashule, requesting leave until the matter was finalised. Mabe had been accused of sexual harassment by his personal assistant, who detailed her claims in a 14-page affidavit. He was set to face an internal inquiry this week. "It is only fair and/or prudent that when we are faced with such serious allegations we put the interest of the organisation first and allow ourselves to attend to matters of concern without constraining the integrity and standing of the movement. I will never in my clear mind and conscience go out of my way to violate women,” he said. The ANC said on Tuesday it had accepted Mabe's request for leave.

Only culp for dad who mistook son for hijacker?

An Ennerdale father who "mistakenly" shot dead his teenage son will know early in 2019 if he will be charged with culpable homicide instead of murder. Sibusiso Emmanuel Tshabalala was initially charged with murder. His lawyer, Chewe Machaka, has filed representations to the national director of public prosecutions asking that the murder charge be changed to culpable homicide. Prosecutor Tumi Maunye told the Lenasia Magistrate's Court on Tuesday that he had received a letter from the prosecutions office of the director of public prosecutions requesting a meeting with Machaka to discuss a possible plea agreement. Magistrate Maggie van der Merwe expressed disappointment that the matter was not finalised on Tuesday. The case was postponed to February 12. Tshabalala shot his son‚ Luyanda‚ outside Fred Norman Secondary School in Ennerdale‚ south of Johannesburg‚ on June 5.

The ANC in Gauteng has booted former health and social development MEC Qedani Mahlangu from its provincial executive committee (PEC). ANC Gauteng deputy provincial secretary Nomantu Nkomo-Ralehoko wrote to Mahlangu on December 10, instructing her to step down from "participating" in the Gauteng PEC with immediate effect. "Whilst the PEC had decided that you should remain a member of the PEC, the NWC [National Working Committee] has decided that you step down," the letter reads. Mahlangu, in her previous role as health MEC, became the central figure in the Life Esidimeni tragedy, which resulted in 144 psychiatric patients dying after they were transferred into the care of unlicensed NGOs. Brian Hlongwa, also a former health MEC, who is facing allegations of corruption, has also been asked to leave the PEC.

Serial rapist to be sentenced on Wednesday

Serial rapist Amos Ngobeni, who was convicted on 19 charges of rape on Monday, will know how much time he'll spend behind bars on Wednesday. One of his victims was just 7-years-old. In the Durban High Court on Tuesday, one of his victims, who was violated in front of her helpless boyfriend six years ago, spoke of the fear and shame the ordeal left her with. “I was afraid to even go out of the house, especially at night. I would have to make sure that all the doors are locked all the time,” the woman said in a victim impact statement. The woman, who cannot be named told of how the attack had changed her life. “I couldn’t sleep ... and every time I closed my eyes the memories of that night would flash back to me,” she added.
In the big royal dustup are you Team Kate or Team Meghan?

Participate in our poll above on the royals. Click on the icon if the poll does not load automatically. 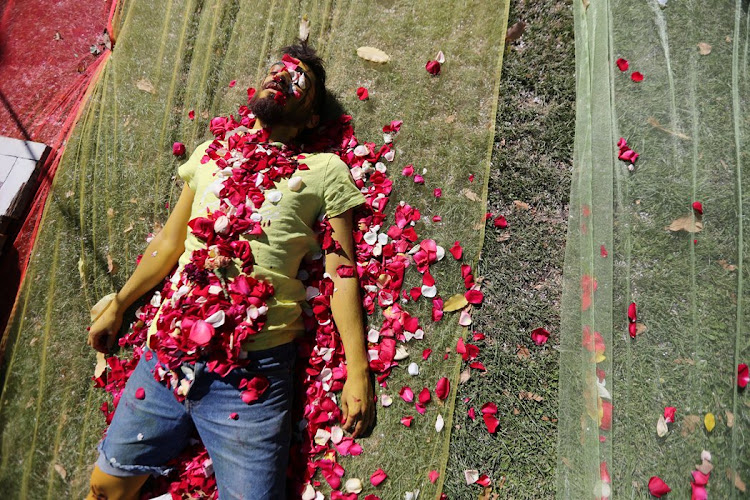 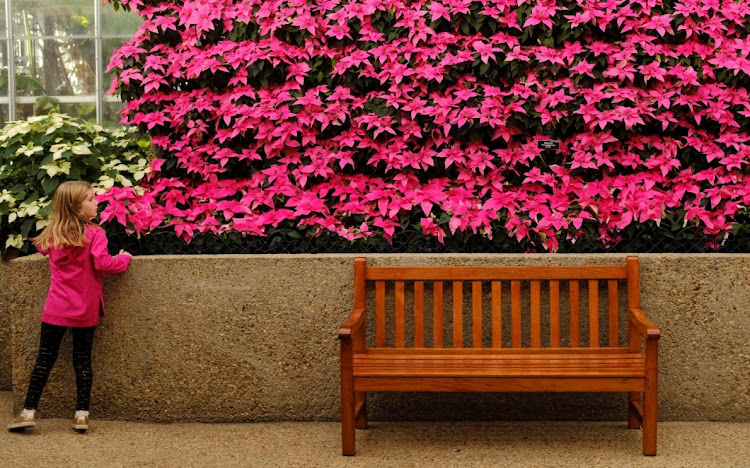 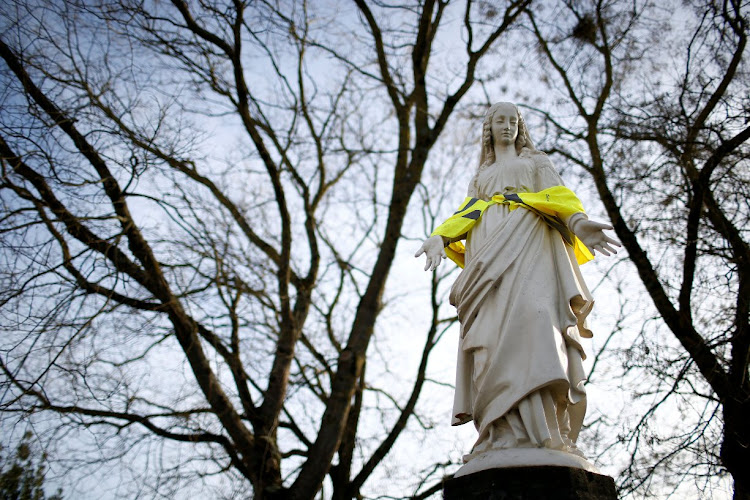 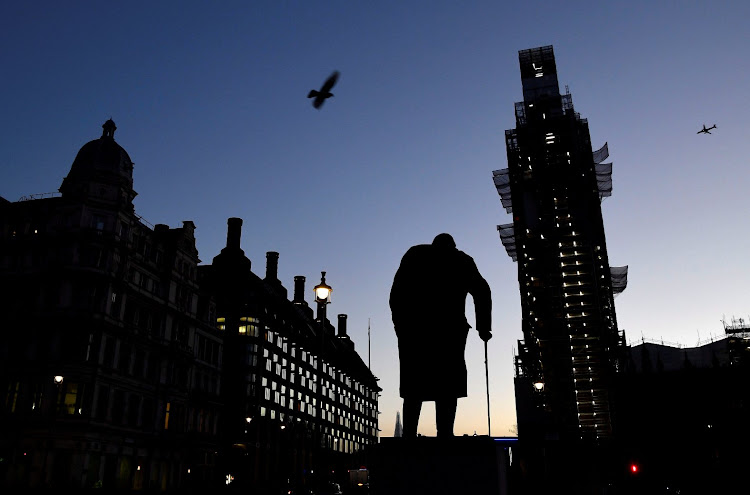 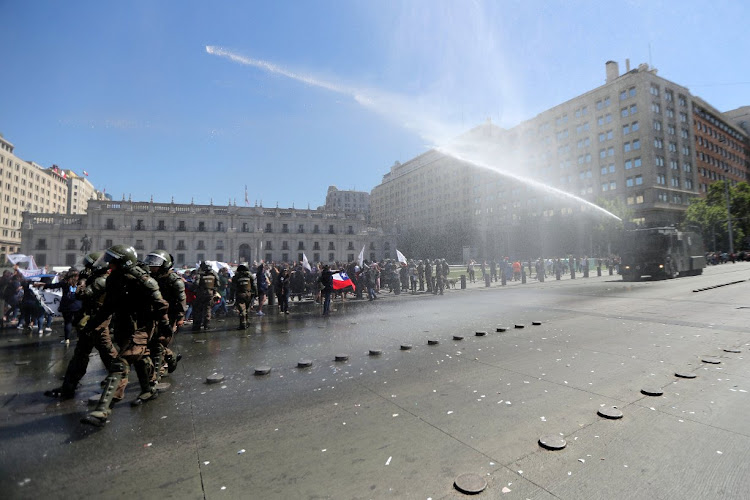 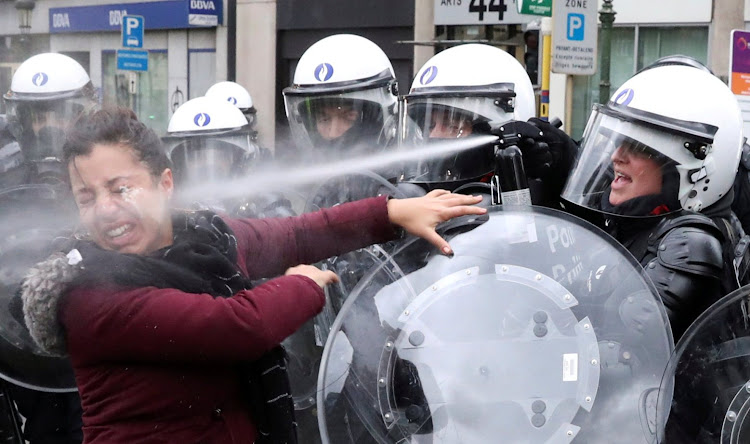 Xmas tree shortage could have America pining for migrants

One reason for the shortage of trees is that, thanks to Trump, there aren’t enough migrant workers to cut them

The wedding singer for these billionaires? Beyoncé, of course

The big day for the daughter of India's richest man, is, to put it charitably, a little over the top

Two alleged Islamist extremists accused of plotting to kill a prominent Bangladeshi actor and filmmaker have been arrested. The pair belonged to a militant outfit blamed for a series of murders since 2013. Police said they targeted the celebrity for co-writing ‘Mr Bangladesh’, a film about thwarting terrorists. – AFP

A video showing a python wrapping itself around an Indonesian villager has gone viral. The villagers initially thought the snake, resting by the river, was a log before one of them touched and mistakenly provoked it. The video shows the man fighting as others try to pry him loose. After subduing the serpent, the men put it into a cage in a village in Sumatra and asked a zoo for help. – AFP

Vladimir Putin unveiled a statue honouring writer Alexander Solzhenitsyn on the centenary of his birth, praising the dissident whose work was once banned. The writer was antitotalitarian, and was exiled from the Soviet Union in the 1970s for his expose of the country’s labour camps. In his later years he was supportive of Putin’s rule. Some, however, have accused Putin of perpetuating the same persecution of artists. – AFP

The Church of England issued guidance for parishes to plan services to help trans people mark their transition. Services can include anointment with oil, sprinkling with holy water and existing liturgy and the trans person’s new name would be used in the ceremony. The document was approved by the House of Bishops and follows a motion recognising the need for trans people to be welcomed in churches. – APF

Egyptian authorities are investigating images of a naked couple on top of the Great Pyramid, which have sparked uproar in Egypt. In a video, a Danish photographer appears to scale the tomb on the outskirts of Cairo at night with a woman, who is later seen taking off her top. A photo shows the couple completely naked on top of each other. – APF

A St Petersburg court fined a Russian activist for setting rats loose in the regional parliament to protest government inaction. The 23-year-old was fined 10,000 rubles (R2,161) for ‘violating the rules of public meetings’. Mokhov brought the two rats in a cardboard box into the legislative assembly last month. – AFP
GLOW A visitor walks in a traditional Arabic design lights shop in Bahrain.
Image: Reuters/Hamad I Mohammed

There is a real danger that it will lose access to Western markets, scuttling its plan to dominate 5G tech

The clean eating fad has a lot of dirty secrets

Last-minute Christmas panic? We have you covered!

With so many events to go to this December, we have rounded up some of the most interesting ones

It's very, Pirelli classy. Not sure what the blokes will think, though

The legendary calendar has gone all #MeToo for its 2019 edition

SPORTS DAY: Matfield gets cold feet but these Pote will do

The power and the Fury: When Tyson looked truth in the eye

Sometimes, even you don’t understand your truth, you just do it, like the once troubled boxer did on Saturday

Blast from the past: Proteas get the Kanpur blues