Disaster looms in the West, but no leader in sight

It is too hurtful to be on public display, says the government

There will be pain, but people power can save Eskom

We have a beef: That ‘mince’ is all filler

More students being treated for sex infections - but is it a bad thing?

While clinics are worried by an upward trend, they say it may be because their awareness campaigns are working

She was orphaned at 16, now has a PhD in neuroscience

How a chef, a plastic surgeon and gourmet food will help burn victims

UCT hits back over cholera claim

The University of Cape Town (UCT) has hit back at an article published in the Cape Argus on Friday. UCT spokesperson Elijah Moholola said on Sunday the article “makes a wholly incorrect claim that pollutants found in False Bay and neighbouring coast could cause cholera”. “The article also claims that people living in a close area were already experiencing chronic illnesses.” The Cape Argus has subsequently corrected the online version of the article. Moholola said the cholera claim is wrongly attributed to UCT’s Professor Lesley Green. “Professor Green and the team have made it clear that E.coli does not cause cholera. “Professor Green is quoted in the article as saying that tests have been done for cholera. There were no tests done for cholera, therefore, there is no way Professor Green could have claimed that it was found. Moholola claimed the article caused Green and her team “immense reputational harm”. He said they have taken “this unusual step because of the severity of the possible panic this could cause”.

Experts have reacted in anger to comments by an education department official that the rape of a 10-year-old girl by a fellow pupil, aged 11, may have been "consensual sex between minors". Three weeks after the incident at an Eastern Cape primary school the department has yet to act, saying it is still investigating whether the incident was rape. The mother was alerted to the rape after a video of a teacher interrogating the two children went viral. In the 30-second clip a teacher asks the two children in Xhosa what happened. When the girl begins to cry, the teacher shouts and shakes her finger at her. The visibly shaken girl then explains, saying: “He said I must kneel down and I did that, then he raped me.” When questioned, the boy responds: “I raped her at the back and then in front.”

Is SABC board’s future in the balance?

The ANC in parliament may push for the dissolution of the SABC board following the resignation of four board members after a clash with new communications minister Stella Ndabeni-Abrahams. The ANC whip on the communications committee, Lerumo Kalako, said although no decision had been taken by any party structure, the SABC executive might have to report directly to parliament until a new board has been constituted. “The executive is there and nobody is going to touch that executive; we are going to defend it. We are fully behind the executives. They can still continue to operate while we are trying to put a board in place,” said Kalako. “At the end of the day, we don’t depend on the board to make them [executives] account to parliament.” This comes as board chairman Bongumusa Makhathini wrote to Ndabeni-Abrahams complaining about her ministry's response to their pleas for a government guarantee to save the struggling public broadcaster.

Bosasa (now African Global Operations) claims that there is no contract between the company and President Cyril Ramaphosa’s son, Andile. This comes after DA leader Mmusi Maimane submitted a Promotion of Access to Information Act request to the company. Bosasa chair Joe Gumede said in its reply on December 6: “There exists no record that fits the description, ‘contract and invoice for R500,000 financial consulting services provided by the president’s son, Andile Ramaphosa, to Bosasa (now African Global Operations)’.” Maimane originally brought attention to the Bosasa payment with a question to Ramaphosa in parliament. Ramaphosa first said the payment was to Andile for consultancy work. He later issued a correction, claiming he had subsequently learnt that the money was paid on behalf of Bosasa CEO Gavin Watson into a trust account that was used to fund his election campaign.

The National Prosecuting Authority has decided to prosecute former Western Cape ANC leader Marius Fransman for alleged sexual assault. The complainant, Louisa Wynand, was informed of the decision on Friday, according to her spokesperson, Gavin Prins. Phaladi Shuping, the prosecution spokesman in the Northern Cape, told TimesLIVE: "On Friday, the NPA informed the complaint of their intention to prosecute Mr Marius Fransman for an alleged sexual offence that apparently took place in January 2016. Mr Fransman was also informed. "A court date has not yet been set because the prosecution is still working on the process of centralisation, for all the charges to be prosecuted in Kimberley." Fransman did not respond to phone calls or text messages on Saturday.

At least 14 people died in a horrific crash on the N2 near Empangeni in KwaZulu-Natal on Saturday night. According to paramedics on scene, three people travelling in a Mercedes-Benz were killed when it collided with a minibus taxi. A further 11 people in the taxi were also pronounced dead. Four people managed to escape the crash and are being treated by paramedics. The exact cause of the incident is unknown.
A LUMINOUS FESTIVAL An installation by artists Les Anooki/Moetu Batlle & David Passegand during the festival of lights in Lyon, France.
Image: Reuters/Emmanuel Foudrot 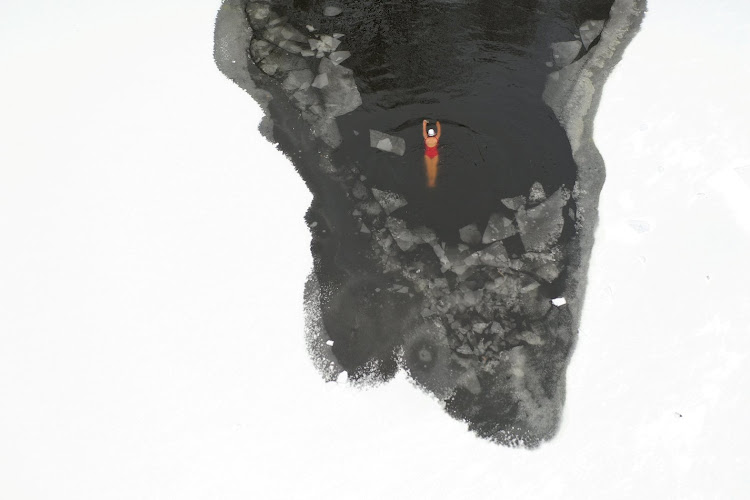 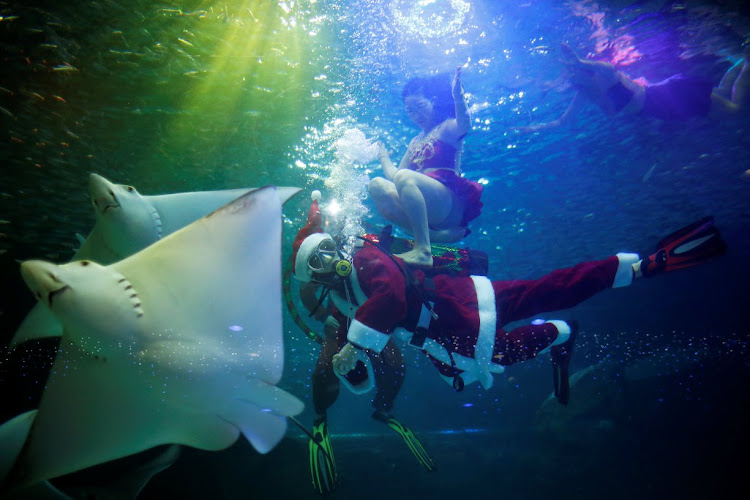 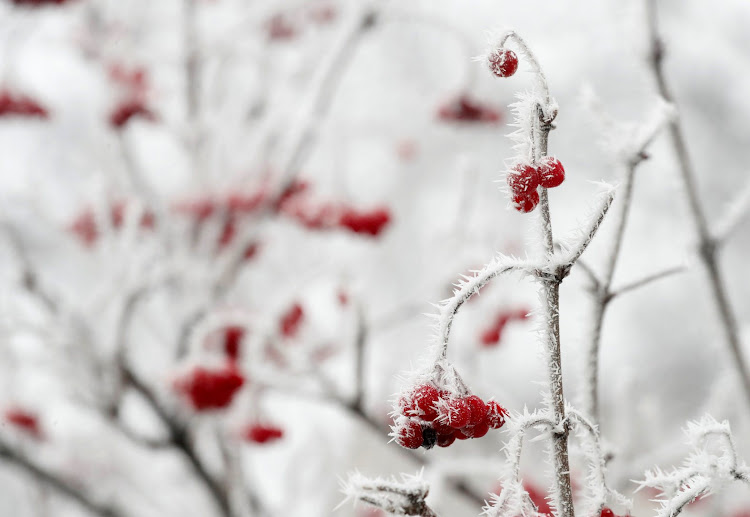 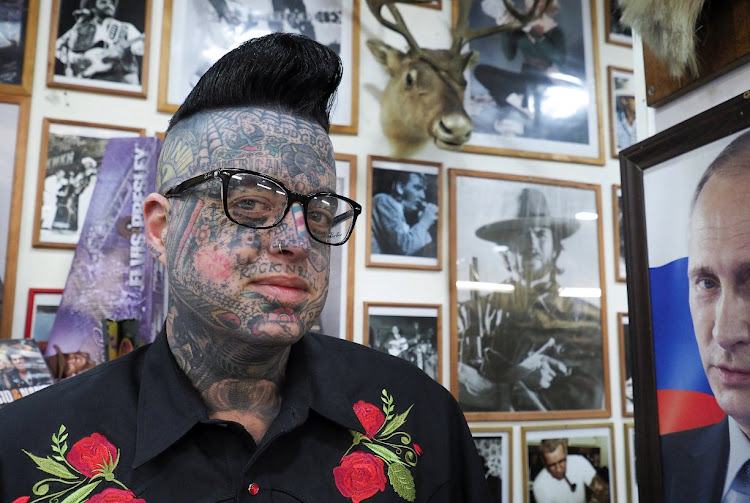 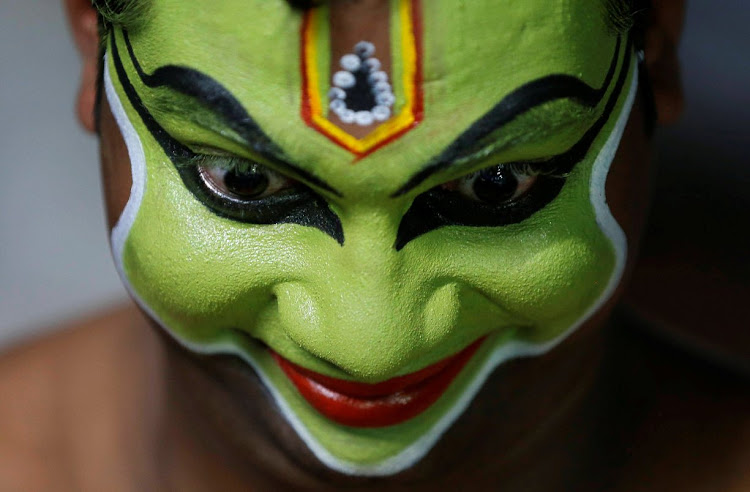 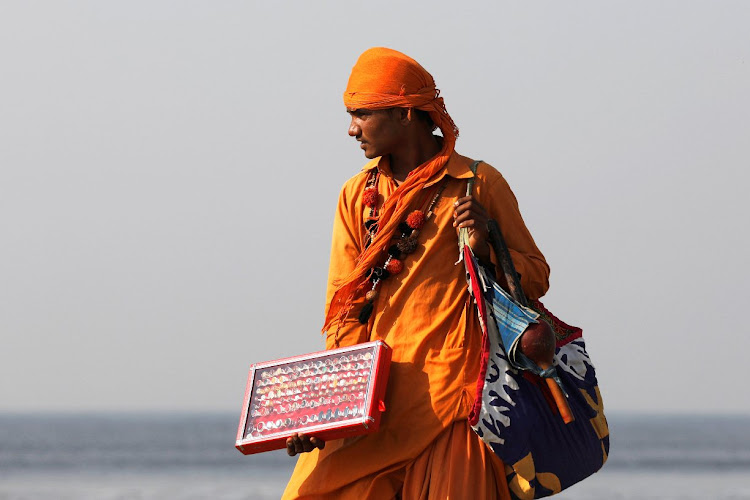 They survived the Holocaust - must they go back into hiding?

Jews who escaped the horrors of Nazi Germany have felt safe in the US, but rising anti-Semitism has left them fearful

France’s ‘Yellow Vests’: A movement of many shades

Secrets, threats, controversy: The El Chapo trial one month in

The Mexican drug kingpin's trial has been loaded with twists and turns, and it's only just begun

Some airlines provide training on the prevention of harassment, but staff say it's not enough

Princess will make an ‘insecure’ empress

Japan's Crown Princess Masako has pledged to do her best despite feeling 'insecure' about becoming empress in mere months, in a candid statement released on her 55th birthday. Emperor Akihito will step down on April 30, 2019 - the first abdication in the Japanese imperial family in more than two centuries. His eldest son and Masako's husband, Naruhito, will ascend to the throne the next day. "Even though I feel insecure about how helpful I will be when I think about the days ahead … I want to devote myself to the happiness of the people so I will make an effort to that end," said the crown princess. The Harvard- and Oxford-educated Masako left a promising career as a diplomat to marry into the imperial family in 1993.She gave birth to Princess Aiko in 2001 but continued to face pressure to produce a son as only male heirs can take the throne under Japanese law. - AFP

The Catholic Church has beatified Algeria seven French monks and 12 other clergy killed during the country's civil war, the first ceremony of its kind in a Muslim nation. Papal envoy Cardinal Angelo Becciu read the official decree stating that the 19 men and women would "from now on be called blessed" at an event in the coastal city of Oran. About 1,200 people, including pilgrims, relatives and friends of the beatified, filled the Chapel of our Lady of Santa Cruz as the service was held under tight security. The 19 Roman Catholic clergy were killed between 1994 and 1996 as Algeria was in the grips of a decade-long civil war between government forces and Islamists that left up to 200,000 people dead. Those beatified included seven French Trappist monks, who were murdered after being kidnapped by gunmen from the Notre Dame de l'Atlas monastery in Tibhirine in 1996. – © The Daily Telegraph

Something else for the Brits to grouse about

On a chilly autumn evening the pubs on the edges of the moors come alive with the sounds of celebration after a good day's shooting. But this year those same pubs lay empty, as a shortage of grouse saw 70% of the shoot days in the north of England cancelled. With the season coming the a close on Monday, it can be revealed that the shortage has cost rural areas millions in lost income. The vibrant shooting community, which moves into remote moorland areas just as the tourists begin to move out, has in some places disappeared entirely. As well as local businesses feeling the pinch, local people who rely on the casual work as loaders, beaters, flankers, and pickers have all been forced out of business. – © The Daily Telegraph

This will kill me: Novichok victim

Novichok victim Charlie Rowley fears the poison will eventually kill him and believes he could be dead within a decade. Rowley said he was "terrified" about the future, and is struggling with his eyesight and mobility. The 45-year-old was exposed to the same nerve agent used in Salisbury to attack ex-spy Sergei Skripal and his daughter Yulia in March. Rowley and his partner Dawn Sturgess, 44, fell ill in Amesbury months after the Skripal incident, and Sturgess died in hospital in July. Britain has accused Russia of carrying out the poisoning of the Skripals, which the pair survived. Russia has also been blamed for the death of Sturgess and the poisoning of Rowley. Rowley, who was in hospital being treated for meningitis, told the Sunday Mirror: "I may be out of hospital but I don't feel safe. I'm terrified about the future. Doctors simply don't know what the long-term effects could be. - © The Daily Telegraph

Thousands of Hindu monks and activists linked to Prime Minister Narendra Modi's Hindu nationalist party gathered in the Indian capital New Delhi on Sunday to urge the government to build a temple at the ruins of a 16th century mosque. The calls for a new temple in the northern town of Ayodhya come ahead of an election that must be held by May 2019, when Modi will seek a second term. Most analysts expect his Bharatiya Janata Party (BJP) to fare far less well than it did in 2014, and critics often accuse the party of using communal issues to whip up support. For the past three decades the BJP and Hindu outfits associated with it have resurrected the Ayodhya controversy before elections, stoking tensions between Hindus and a Muslim minority who make up 14% of India's 1.3 billion people. - AFP
TIMID DOGS, TOO, SERVE A PURPOSE A dog acts as a ball boy for a game at the Royal Albert Hall in London.
Image: Reuters/Henry Nicholls

Huawei robbery: A giant with a target on its back

Bottoms huh? You might be one of these problem drinkers

Do you fall into one of the following five categories - or perhaps all of them?

Spender-saver pairs can talk their way to holiday harmony

How you spend can have a major effect on your relationship, so it's all-cards-on-the-table time

Could AI devices be the answer to our relationship problems?

Meek or Marvellous: Can superheroes save Super Rugby?

The competition is in a mess, but is the Marvel superhero ploy really the way to go?

Blast from the past: Reggie’s form not enough Down Under