ANALYSIS: No pressure, Batohi - it’s only SA’s credibility at stake

The new prosecutions boss has a huge burden: lock up the crooks, but do a proper job – and stay out of politics

The answers could be found with her ex in Argentina

How did you get raped when you cannot see? the cop asked

Blind and mentally challenged women at most risk of sexual assault, but their troubles don't end there, study finds

Their ring fell down a drain, but after a campaign, they got it back again

It was what every newly engaged couple fears most, but thanks to the kindness of strangers the story has a happy ending

As Eskom hobbles along, we're none the wiser about the urgent changes needed to right-size the listing ship of state

As we Survé the ruins of a media group, what's to be done?

Seeing the GEPF now technically owns it, it might as well take a bash at running it. It couldn’t do it worse than Survé

We need to unlearn almost everything we thought was true about longevity. A top expert tells us what really does work

The pension fund responsible for managing the savings of government employees has written off two of its most controversial investments at a cost of R5.3bn. The Government Employees Pension Fund’s (GEPF) R4.3bn investment in Steinhoff’s empowerment shareholder, Lancaster, which is partially owned by Pepkor Holdings chair Jayendra Naidoo, was rendered worthless after the 2017 accounting scandal wiped off about R200bn of the furniture retailer’s value. The GEPF also wrote off about R1bn of loans and investments in companies controlled by Iqbal Surve, the owner of Independent Media, the publisher of The Star newspaper. The fund, which has assets of about R1.8-trillion, had R7.4bn in impairments for the 2017/18 financial year, compared with R995m the previous year, according to its annual report tabled in parliament on Monday.

Cheryl Zondi has laid a complaint with the public protector against the witness protection programme, which she described as "punishment" as it did not support victims of rape and sexual assault. "I have personally laid a complaint with the public protector asking that the witness protection programme be thoroughly investigated and changed because, in my own experience, the system doesn't work for victims, especially young victims," said Zondi, who is one of the women allegedly sexually assaulted by Nigerian televangelist Tim Omotoso. She was speaking at the launch of her foundation at the Commission for the Promotion and Protection of the Rights of Cultural, Religious and, Linguistic Communities on Tuesday. Public protector Busisiwe Mkhwebane said she had scheduled a meeting with the ministers of justice and police for an "immediate intervention", following her meeting with Zondi.

The case against the two men accused of killing of seven members of the Khoza family in Vlakfontein, south of Johannesburg, was postponed on Tuesday after one of them claimed to be ill. The pair appeared in the Protea Magistrate's Court, where the lawyer for one of the men told the court his client had been scheduled to see a doctor at the prison hospital. The ill man had initially allegedly lied to the victims by claiming to be their long-lost relative, stating his name as Sibusiso Khoza, which is not his surname. He cannot be identified because he has not yet pleaded to an additional rape charge. "Khoza" and Khupe are charged with the premeditated murders of three women and four children whose decomposed bodies were found buried in shallow graves inside the Khoza property on October 29. The hearing was postponed to Wednesday.

The SA Human Rights Commission has added its voice to the condemnation of the looting and vandalism of a Vodacom store at the Mall of the North in Polokwane at the weekend. The looting on Sunday was committed by people wearing EFF regalia. It came after the EFF had been criticised in a speech at the annual Vodacom Journalist of the Year Awards on Thursday. “The commission is of the view that political parties, as well as the population at large, should ensure that we all use the legal and constitutional mechanisms at our disposal in addressing grievances. There are appropriate legal and constitutional mechanisms which can be used in order to express such dislikes,” the commission said. It said it commended and supported the police’s investigation of the incident.

A handful of protesters who erected shacks in Cape Town’s CBD on Tuesday have called on the City of Cape Town to overhaul its social housing policy to allow the poor to live in the city. The protesters, who built 11 shacks on an empty plot controversially sold by the city to developer Growthpoint, said they had occupied the land to show their unhappiness about the sale. Site B, which was sold in 2016 for R86.5m, is the subject of a city forensic investigation following complaints that the auction of the 3,932m² plot was botched. A joint statement on Tuesday by Reclaim the City, the Social Justice Coalition and the #UniteBehind civil society coalition said they had built the shacks to "reclaim" Site B. Growthpoint has said it plans to develop a skyscraper on the site that “aims to be a world-class, timeless, innovative, sustainable building, which will serve to inspire future buildings”.

More than 2,000 bodies unclaimed or unidentified

Gauteng state mortuaries have held 2,366 unclaimed or unidentified bodies since March 2017. The DA's Jack Bloom said on Tuesday that this was revealed in a response to questions sent by the party to provincial health MEC Gwen Ramakgopa in the Gauteng legislature. Ramakgopa said there were 2,287 bodies that had not been identified and 79 that were unclaimed between April 2017 and October 2018. “This is 8.5% of the total number of 27,737 bodies stored in the mortuaries over this period,” said Bloom. Shootings, car accidents and stab wounds were identified as the three major causes of unnatural deaths that required autopsies in state mortuaries. Bloom expressed concern about the number of unclaimed and unidentified bodies, saying many families might be in the dark about their loved ones.

A large group of people looted Rook Cycles on Long Street in Cape Town on Sunday. The incident took place during the annual 'Festive Lights Switch-On' to mark the beginning of the holiday season. 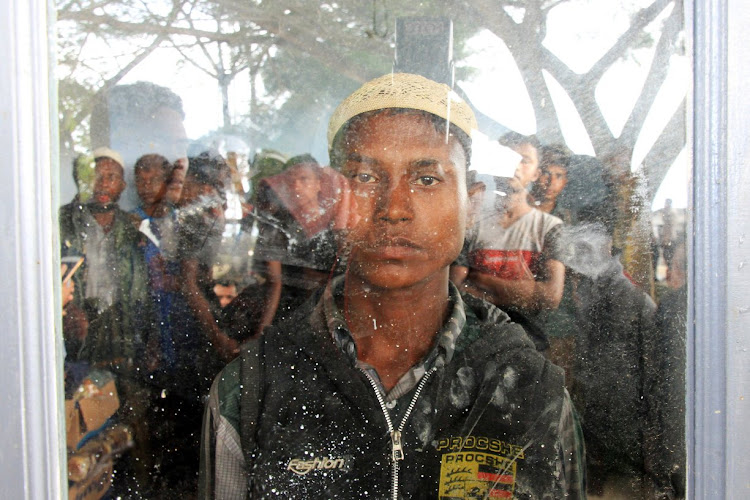 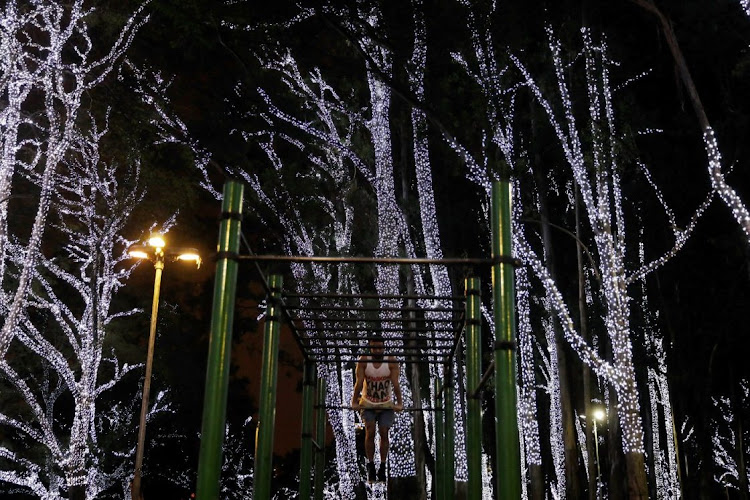 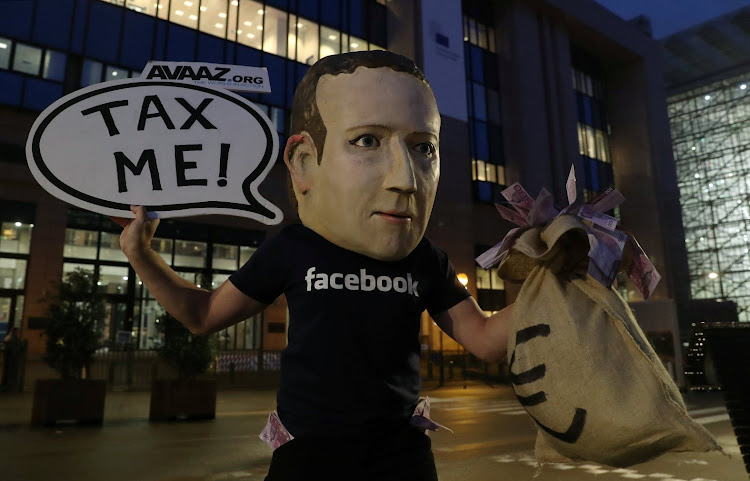 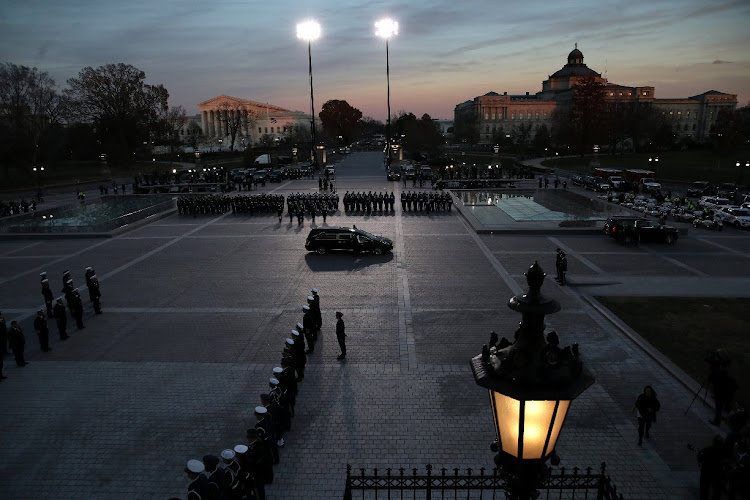 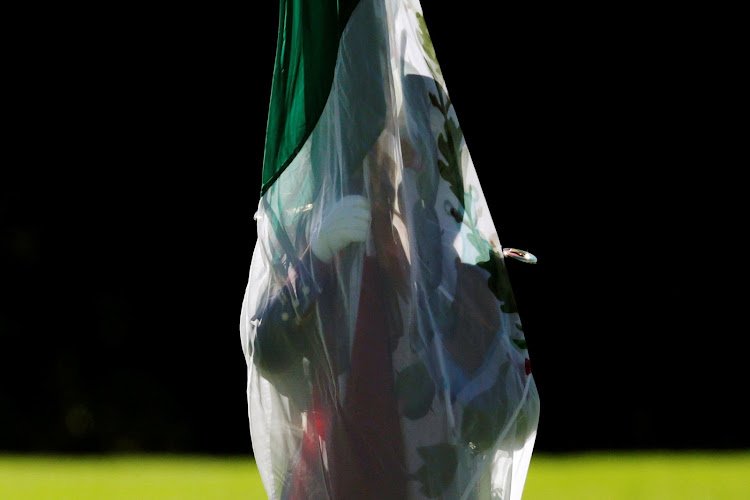 He ruined many lives with his false paedo claims. Now he's ruined his own

They've survived against all odds. Now separated twins are free at last

Born into poverty in a poor country, they had little chance of surviving, let alone of being separated

To swell and back: The real culprit in my midlife weight gain

I thought calories must be responsible for my changing body, but discovered it was all down to my thyroid

Italian police have arrested new Mafia boss Settimino Mineo and dozens of other suspects in a major swoop, officials and media said on Tuesday. Police arrested jeweller Mineo, 80, and 45 others in Sicily just before he was due to be officially anointed at a reconvened Mafia Commission or Cupola. The suspects are accused of extortion, illegal gun possession, arson, Mafia association and other crimes. The Sicilian Mafia managed to rebuild the Cupola after it had not met for years. The Cupola was due to appoint Mineo official heir to notorious Mafia boss Toto Riina who died in prison last year. - AFP

Australia's two main parties struck a deal on Tuesday to pass sweeping cyber laws requiring tech giants to help government agencies get around encrypted communications used by suspected criminals and terrorists. The laws are urgently needed to investigate serious crimes like terrorism and child sex offences, the conservative government said. But critics including Google and Facebook as well as privacy advocates warn the laws would weaken cybersecurity and be among the most far-reaching in a Western democracy. The bill is expected to pass parliament by Thursday. - AFP

Nasa's deep space explorer Osiris-Rex has flown to within a few kilometres of its destination, a skyscraper-sized asteroid believed to hold organic compounds fundamental to life as well as the potential to collide with Earth in about 150 years. Launched in September 2016, Osiris-Rex embarked on Nasa's unprecedented seven-year mission to conduct a close-up survey of the asteroid Bennu, collect a sample from its surface and return that material to Earth for study. – The Daily Telegraph

In Kaliningrad, they can’t stand Kant

German philosopher Immanuel Kant has sparked surprising tensions in his Russian hometown over the prospect of naming the airport after him, with officials branding him a ‘traitor’ and vandals throwing paint at his tomb. Kant was born and spent most of his life in Prussian Koenigsberg, which was renamed Kaliningrad after coming under the control of the Soviet Union after World War 2. Until recently the philosopher was leading an online poll to choose a name for the city's airport. This sparked a furious row with officials blasting Kant as a ‘Russophobe’, even though there is no historical evidence that the philosopher harboured strong feelings toward the Russian Empire. – AFP

Chanel said on Tuesday is will no longer use exotic animal pelts, making it the first luxury fashion house to turn its back on crocodile and lizard skin, a move hailed by animal rights groups. Its head of fashion Bruno Pavlovsky said it was becoming more difficult to source high-quality pelts ethically. Handbags, coats and shoes made from snake, crocodile and stingray skin command premium prices, with Chanel handbags made from them reportedly selling for up to 9,000 euros. – AFP

SpaceX has postponed its cargo launch to the International Space Station until Wednesday after mould was found on food bars for a mouse experiment bound for the orbiting outpost, Nasa said. The launch was initially set for Tuesday. Some 40 mice are part of the experiment aimed at studying the effects of microgravity in the immune system. - AFP
FLIP FLOPS FOR PING PONG Table tennis player Gasika Sepa practises in Port Moresby, Papua New Guinea.
Image: Reuters/David Gray

The new Altron has byte and lots of IT

Naspers shakes off the Tencent woes, thanks to Trump

Investors are scared, but people aren’t scared enough for Rupert

Gloom pervaded Remgro’s AGM, not least since the chairman is determined to sit on the group’s R10bn cash

The new cocktail on the block

Fancy something freaky on you Friday-night break?

Some hotels come with interesting stories and some are just plain scary. Would you book a night at one of them?

Here’s a good tip to chew on this holiday season

SPORTS DAY: It just gets worse for Chiefs

Their confident swagger is fully deserved, because they've come a long way since the days of sexist ridicule

Blast from the past: Danie Craven has a Wales of a time