Forget Trump’s boorish lies: Mexico’s not just misery. Neither is the US

Afrikaans schools really have nothing to fear – MEC

Since being accused of ‘raping’ the language, Lesufi wants school governing bodies to understand that’s not the case

The end of sell-by data: Mobile networks fall in line at last

It’s a slump party: These are the groups in SA who battle to sleep

Some of the results of a new survey may surprise you

Can’t remember names? The trick is putting the face to a name

We’re off to see the most influential movie in history

If overselling on shopping sites meant you didn't get that dream product you chose online, here's what to do

When it’s time to deliver, stores are suddenly not game

Beware! Often with big companies, what happens at a local level is often very different from national policy

Crowd pleaser The face of former president Nelson Mandela is projected on the screen during the performance of American R&B singer Usher during the Mandela 100 Global Citizen Festival at FNB Stadium in Johannesburg on Sunday.
Image: Masi Losi

Hunt still on for cop killers

Mpumalanga police are continuing their search for two of three assailants who broke into the home of a police officer and her husband and shot the couple dead. Sergeant Thembisile Ndlovu, 42, and Jabulani Khoza, 40, were asleep when the men broke into their home at Angin Court near Bushbuckridge on Saturday. They reportedly got in through a window, said provincial police spokesperson Brigadier Leonard Hlathi. "Once inside, a shootout ensued and Ndlovu managed to shoot one of the attackers who died at the scene. The other two suspects are reported to have fired at the couple, instantly killing the sergeant [Ndlovu].” Neighbours rushed Khoza to the hospital, but he died later. The suspects made off with the couple’s Chevrolet Spark, which was later recovered in the Bushbuckridge area.”

Minister ‘at war’ with SABC

Communications minister Stella Ndabeni-Abrahams has reportedly “gone to war” with the SABC board over looming retrenchments at the broadcaster. The minister sent a scathing letter to the board after meeting staff on Thursday, saying she had been forced to “desist from all engagements” with it due to an impasse over retrenchments. Nearly 1,000 permanent staff and 1,200 freelancers face retrenchment as the broadcaster grapples with a cash crisis which, if not resolved, will see staff not being paid their salaries in the first quarter of 2019. Ndabeni-Abrahams is at odds with the board for going ahead with planned retrenchments before allowing her time to negotiate a bailout with finance minister Tito Mobweni. A board source who attended a meeting with the minister on Thursday told City Press that Ndabeni-Abrahams had been “threatening and very aggressive, as was her deputy. It felt clear she was preparing for a constructive dismissal of the board.”

Former Cape Town mayor Patricia de Lille has revealed the name of her new political party that plans to contest the 2019 elections. The name of the new party is Good. “Today I am proud to announce the movement is named Good. The movement’s name and identity is here for all of you to see,” De Lille said on Sunday. “It is a simple and authentic name that says quite boldly what we stand for and that we are here to disrupt politics as usual. It is rallying call to Good South Africans to resuscitate the project of optimism and reconciliation.” She said the party’s policy positions were based around the themes of spatial justice, social justice, economic justice and environmental justice. Detailed policy positions were being developed around the themes along with the party’s 2019 election manifesto which will be revealed in January 2019. Premier candidates would also be announced then.

The Hawks and police have arrested eight people in connection with cash-in-transit heists in Katlehong and Meyerton in Gauteng. Thandwangubazi Mvelase, 35, Nokulunga Ntombela, 33, Lungisa Mdlolo, 35, Ntengazi Mdlolo, 40, and Sandile Mhlungu, 29, appeared in the Protea, Vereeniging and Nigel magistrate’s courts respectively on Friday. They will reappear on Monday. Hawks spokesperson Brigadier Hangwani Mulaudzi said the team found AK-47 rifles, two bulletproof police vests, ammunition and cash when they arrested Mvelase and Ntombela. Mhlungu was arrested at Orange Farm where police found a shotgun, pistol, hand grenade and ammunition. Lungisani Mdlolo was detained in Duduza, allegedly with a revolver. Ntengazi Mdlolo was allegedly found with a AK-47 and a pistol in Vosloorus. Three more suspects were arrested in Vosloorus, and an AK-47 with six magazines with ammunition seized. Their case had been provisionally withdrawn pending further investigations.

Rigger plummets to death at festival

A rigger who was part of the production team setting up the Global Citizen Festival: Mandela 100 plummeted to his death on Saturday at FNB Stadium in Soweto, Global Citizen spokesperson Andrew Kirk said. “Global Citizen has been advised that the deceased was an experienced rigger and was wearing all appropriate safety gear and equipment … The circumstances around his death are being investigated. Global Citizen extends our deepest sympathies to the family of the deceased and all of his colleagues and friends.” The Global Citizen Festival: Mandela 100 lineup includes: Beyoncé, Jay-Z, Cassper Nyovest, D’banj, Ed Sheeran, Eddie Vedder, Femi Kuti, Pharrell Williams, Chris Martin, Sho Madjozi, Tiwa Savage, Usher and others.

Sand may be used against illegal mining

The solution to Gauteng's illegal mining threat could be sitting on the province's doorstep - using sand from mine dumps to fill up disused shafts. Mining engineers and researchers said backfilling, which Sibanye Stillwater is experimenting with, involves mixing the sand with water into a slurry and pumping it down disused shafts and tunnels. But mining companies warn that the process is expensive and unproven, and that there may not be enough sand to fill all the abandoned tunnels. Warnings from seismologists and geophysicists have been sounded as the department of mineral resources announced it would conduct a ground stability study in the Johannesburg area. The study, through the Council of Geoscience, follows last week's report in the Sunday Times on growing alarm over blasting and tunnelling by illegal miners near gas pipelines. 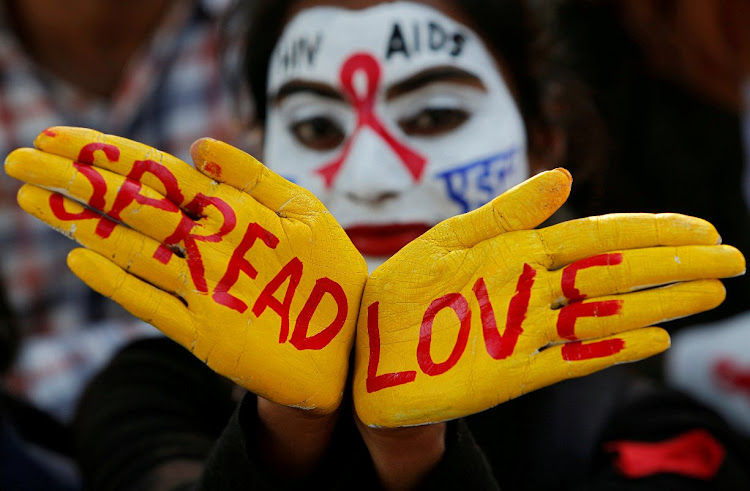 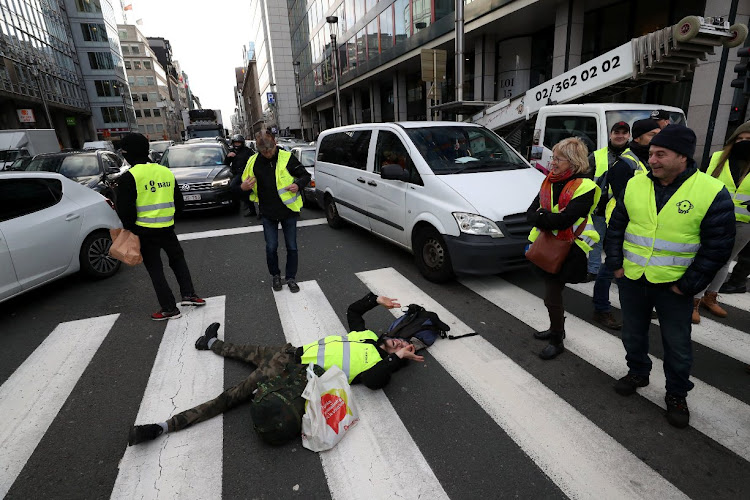 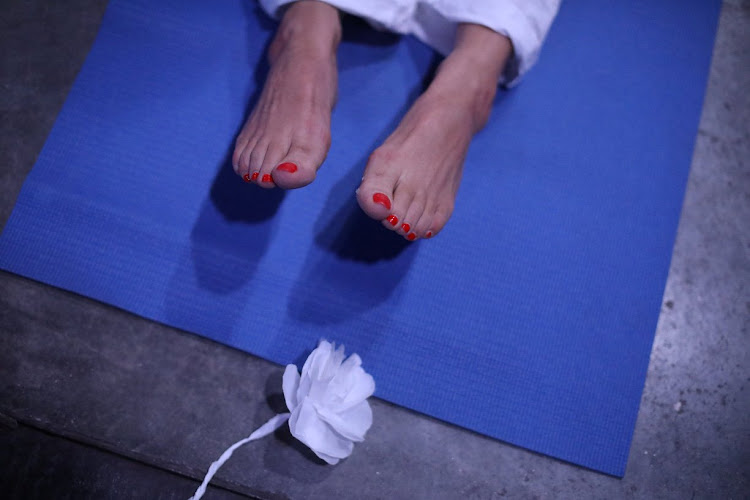 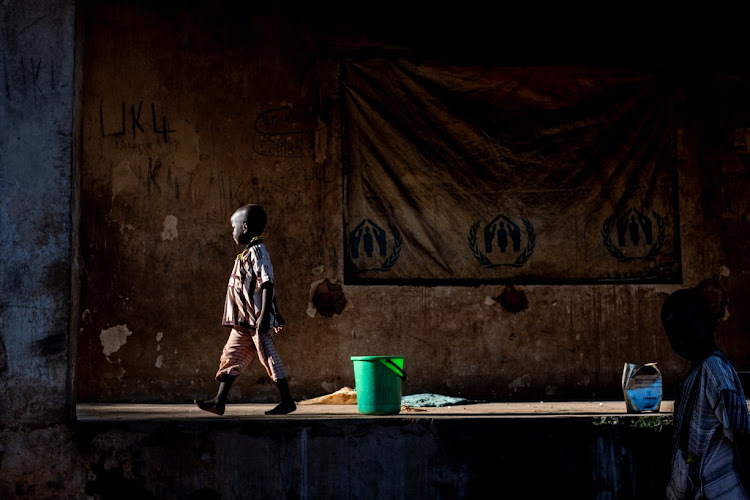 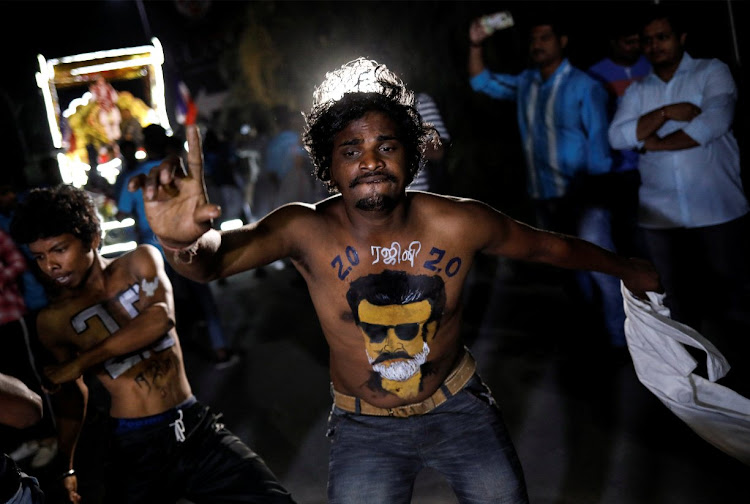 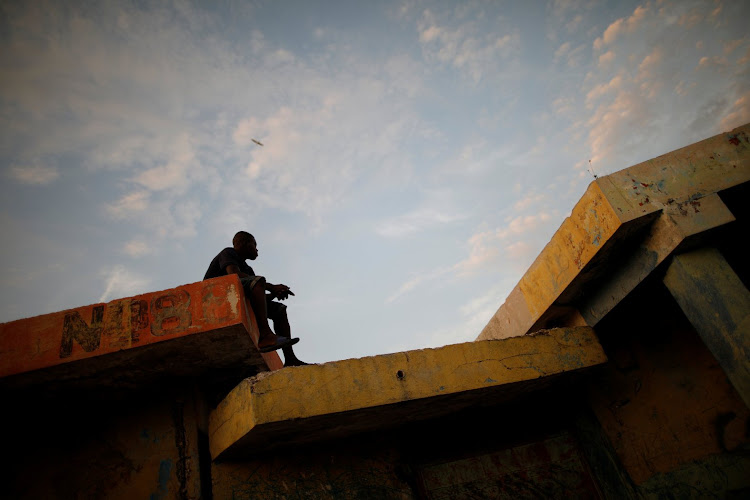 World of trouble: This is the state of our climate – and it’s a hot mess

Scientists paint a devastating picture of pollution, melting ice and disasters - and we're running out of time fast

Wanted: Royal dogsbodies. Could you cut it on the duchesses’ staff?

As several members of the British royal family look to make new hires, we look at what it takes to make the grade

New testament to history: Is this Pontius Pilate’s bronze ring?

Ag moeder! This strange spider mom suckles her babies like a mammal

The president of Grindr, the gay dating app, has hit back at critics after comments he made suggesting marriage should be ‘between a man and a woman’. In a public blog last week, Scott Chen, writing in Chinese, caused some users of the app to question his support of gay marriage by writing: ‘Some people think that marriage is a holy union between a man and a woman, I think so too. But again, that's your own business.’ His remarks were translated into English by Into, a digital magazine that is owned by Grindr. Chen responded that the article was ‘unbalanced and misleading’ and was not translated properly into English. – The Daily Telegraph

Egyptian actress Rania Youssef is to face trial for appearing at a film festival wearing a revealing dress. She was charged with inciting ‘immorality and promoting vice’, after a group of lawyers made a complaint to the country’s chief prosecutor. The 44-year-old appeared at Cairo Film Festival on Thursday wearing a black leotard covered by a see-through overdress with criss-cross detailing and a large bow belt. She will be tried on January 12 in a court in Cairo, where she faces up to five years if convicted. – The Daily Telegraph

A red smoking jacket worn by Playboy founder Hugh Hefner fetched $41,600 at an auction of the late publisher's possessions in Los Angeles, as fans and collectors snapped up such items as his college typewriter and the magazine's first issue. The highest grossing item was the typewriter, which he used to write copy for the magazine's first issue in 1953. It went for $162,500, while his personal copy of the issue itself, featuring Marylin Monroe, sold for $31,250. - Reuters

Bollywood actress Priyanka Chopra and American singer Nick Jonas have tied the knot at a lavish ceremony in a royal Indian palace. Fireworks lit up the sky as the celebrity couple exchanged vows on Saturday in a Christian. They were joined in Rajasthan’s fabled Blue City by their friends and families, including Jonas's brother Joe Jonas and his fiancee, British actress and ‘Game of Thrones’ star Sophie Turner. The multi-day festivities - dubbed India's ‘wedding of the year’ – continued on Sunday with a Hindu ceremony for Chopra, 36, and Jonas, 26. - AFP

In Japan, you’re paid to have the good life

The Japanese government is planning to offer up to three million yen (R366,500) to encourage residents of Tokyo to swap life in the congested capital for a home in the countryside. An average of more than 37,500 live in every square mile of the Japanese capital, yet countless villages and towns in the countryside are made up of only elderly residents. The grants are designed to help cover the costs of buying a new home, moving house and finding a new job or setting up a company. - The Sunday Telegraph

Brangelina end battle over kids in the nick of time

Angelina Jolie and Brad Pitt have finally reached a custody agreement for their six children, avoiding the need for a potentially messy public trial. The stars, who met in 2005, were married in 2015 before Jolie filed for divorce in Sept 2016, citing irreconcilable differences Both were due to attend a private custody trial this month but have now come to an agreement. Three of their children are their biological children, and the other three are adopted. Jolie originally wanted to have sole custody of the children, while Pitt asked for shared custody. - The Sunday Telegraph
RAISING HELICOPTER Pakistani Navy conducts a counter-terrorism demo in Karachi.
Image: Reuters/Akhtar Soomro

Activists to use petitions, mass mobilisation and court processes to protect KwaZulu-Natal coast

Islamic bond issuance is a first for SA

Survive the family holidays, perhaps even have a good time

You can't avoid them, so try these tips to help avoid another very unmerry Christmas

Tech a break: Nine must-have gadgets for the festive season

The first no-hell: How to have a frazzle-free festive season

Between whining kids and endless cheery jingles, it can be a fraught time - but we've got your back

There’s a new shoe in town, and sneaker heads are in their Happy place

Zelt Marais's win is a sign that the institutional power is being broken down, some believe