Scaly oaks: Not even trees are safe from criminals

From arms deal to rape charges, former president says he has been subjected to a 'Hollywood-style prosecution process'

Gigaba pushed to get Guptas' SAA plan off the ground, says Carolus

Former SAA chief recounts persistent lobbying for a lucrative deal for an Indian airline, and for The New Age

Oh koek, there never was a leopard on my stoep!

How children’s hospital puts smiles back on burn victims

Aids-fighting 'rock star' fights on to the last mile

To a degree, you don’t need X-ray vision to see through the EFF

The red berets would have us think this is a matter of ‘us’ and ‘them’, and make us miss what lies in the grey area

Crowns and red berets: A king is bad and a kingmaker is worse

It might be useful to look at what a kingmaker is, rather than look at the circus of fictitious Canadian bank accounts

Confucius says: Those with rich man’s intolerance will drive you nuts

The rise in food allergies is a luxury afforded to the wealthy, and it's giving the genuinely afflicted a bad name

All suspended officials at the Nelson Mandela Bay municipality whose disciplinary cases have been dragging on for longer than three months will be back at work by next week‚ mayor Mongameli Bobani has proclaimed. Bobani said the council’s new leaders were unapologetic about their decision to bring back staff‚ announcing that charges against the likes of housing director Mvuleni Mapu‚ internal audit director Bonment nie Chan‚ chief forensic auditor Werner Wiehart‚ and public health managers Nkosinathi Dolo‚ Joram Mkosana‚ Thabo Williams and Andile Tolom would be dropped. Some of the officials have been sitting at home for years. The dropping of charges was to avoid any further “wasteful expenditure”. This came as new acting city boss Peter Neilson made the first move to withdraw some of the longstanding disciplinary and legal cases against municipal staff by reinstating legal services official Nobuntu Mgogoshe, who won her unfair dismissal case at the SA Local Government Bargaining Council.

The Post Office says it has cleared the massive backlog that has built up over the year, and that the delivery of domestic mail has been “normalised”, meaning it should be delivered within five days. The delays in delivery of post have attracted furious criticism from the public. The backlog built up due to industrial action in July as well as financial difficulties, which saw suppliers withdrawing critical equipment such as vehicles and forklifts over delayed payments. When the strike ended in July, there were 48-million items that required sorting. CEO Mark Barnes said on Thursday that “the issues have now been addressed and the backlog is resolved”. He said delivery fleets had been restored and the Post Office had benefited from a capital allocation of R2.9bn to fund its operations and settle amounts owed to suppliers.

Cape Town’s water restrictions will be eased further from December 1, mayor Dan Plato announced on Thursday. Restrictions will be scaled back from level 5 to level 3, and the limit on daily usage will be 105 litres a person, up from 70 litres. The new usage limit is more than twice the 50 litres Capetonians were asked to confine themselves to at the height of the Day Zero emergency. The city’s new collective water-use target from Saturday will be 650 million litres a day, compared with a never-achieved 450 million litres under the unprecedented level 6 drought restrictions. Plato said water tariffs were also being reduced, and households that limited their monthly consumption to 6,000 litres would pay 35.5% less. The requirement for businesses to reduce their water consumption by 40% year-on-year has also been removed.

A man was shot and killed and a woman seriously injured in an apparent botched robbery at KwaMashu’s Bridge City shopping centre on Wednesday. Netcare 911 spokesperson Shawn Herbst said medics rushed to the rooftop parking lot after receiving reports of gunfire. “A man who had been sitting in a car, thought to be aged in his 20s, sustained a fatal gunshot wound in what we believe to be a robbery,” he said. The man had been declared dead at the scene by an advanced life-support paramedic. A woman, the man’s companion, had also been shot. “She was transported by another ambulance service to hospital in a stable condition after sustaining a gunshot wound to her right leg.” He said that circumstances leading up to the shooting at this stage are unknown and will be investigated by the police.

Limpopo police have arrested a 68-year-old man for allegedly raping a six-year-old girl in a village near Lenyenye in the province, police said on Thursday. Police spokesperson Colonel Moatshe Ngoepe said the elderly man was arrested on Wednesday. Ngoepe said the man, who is the child’s neighbour, lured her to his house and allegedly raped her. He said the girl was offered a packet of chips to keep quiet about the ordeal. The incident occurred last Tuesday. "The parents of the child, after noticing the changes in the behaviour of the victim, they questioned her and she divulged the whole ordeal." The man is expected to appear in the Lenyenye Magistrate's Court on Thursday.

Traditional leaders walk out of summit 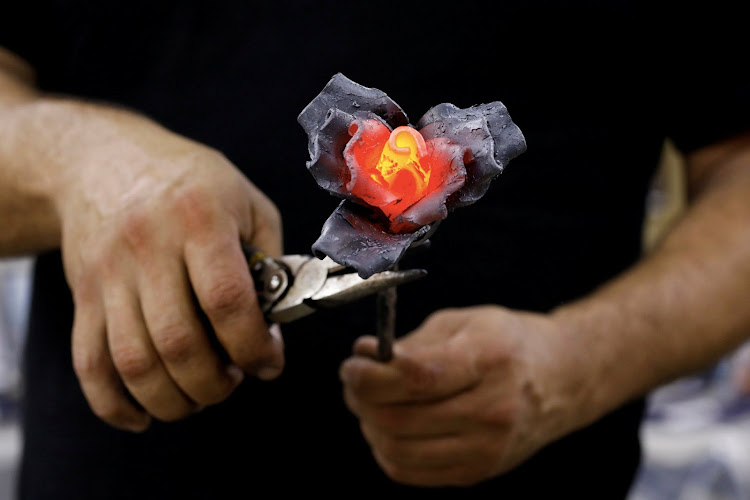 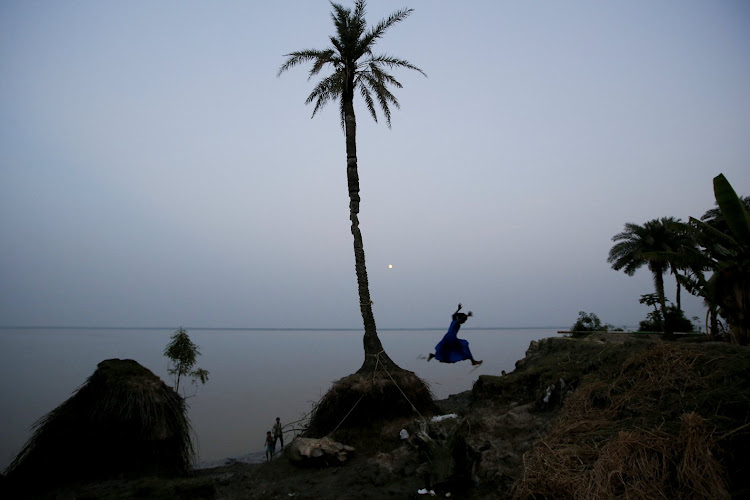 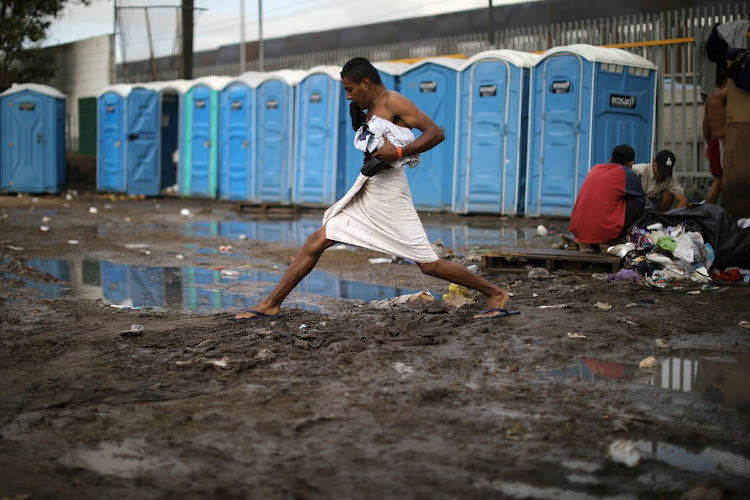 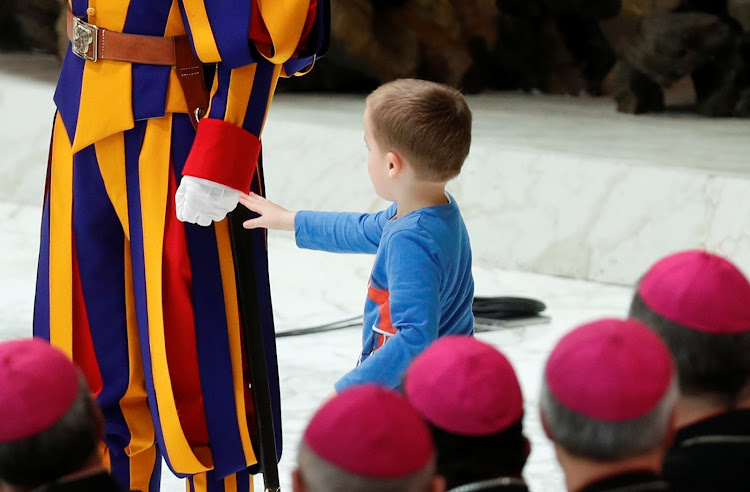 Going, going, dong: Hugh too can Hef a piece of his legacy

An interview with his daughter reveals more about the legendary man, including what he would’ve thought of MeToo

Golly gosh! Enid Blyton’s tips on chums are still as good as gold

Her themes are timeless, particularly in her treatment of friendship and the bonds between women

Anti-slavery drive gets down to business

Big companies and public bodies in Australia will have to disclose how they tackle modern-day slavery in their operations under a law passed on Thursday that activists say is tougher on business than Britain’s landmark 2015 anti-slavery legislation. Australia’s Modern Slavery Act requires businesses with a turnover of at least A$100m to publish an annual public statement outlining the risks of slavery in their supply chains, and actions they are taking to combat the threat. The law was passed amid growing consumer and regulatory pressure upon companies to ensure their goods and services are untainted by the global slave trade, which is estimated by the United Nations to affect at least 40 million people worldwide. – Reuters

South Korea’s top court has ruled that Japan’s Mitsubishi Heavy Industries must compensate 10 South Koreans for their forced labour during World War 2, a ruling that drew an immediate rebuke from Tokyo. The decision echoed the supreme court’s landmark verdict in October that ruled in favour of South Koreans seeking compensation from Japan’s Nippon Steel and Sumitomo Metal Corp for their wartime forced labour. It upheld a 2013 appeals court decision that Mitsubishi must pay 80 million won R971,634) to each of five labourers or their families in compensation. In a separate ruling, the court also ordered Mitsubishi to pay up to 150 million won to each of another five plaintiffs or their families. Mitsubishi called the verdict “deeply regrettable”, saying it would discuss its response with the Japanese government. Japanese foreign minister Taro Kono said the court’s decisions were “totally unacceptable”. – Reuters

Reggae music, whose chill, lilting grooves found international fame thanks to artists like Bob Marley, has won a spot on the United Nations’ list of global cultural treasures. Unesco, the UN’s cultural and scientific agency, added the genre that originated in Jamaica to its collection of “intangible cultural heritage” deemed worthy of protection and promotion. Reggae’s “contribution to international discourse on issues of injustice, resistance, love and humanity underscores the dynamics of the element as being at once cerebral, socio-political, sensual and spiritual”, Unesco said. “While in its embryonic state Reggae music was the voice of the marginalised, the music is now played and embraced by a wide cross-section of society, including various genders, ethnic and religious groups.” It joined a list of cultural traditions that includes the horsemanship of the Spanish Riding School in Vienna, a Mongolian camel-coaxing ritual and Czech puppetry, and more than 300 other traditional practices spanning from boat-building and pilgrimages to cooking and dance. – AFP

Microsoft has been awarded a $480m deal to equip American soldiers with futuristic holographic headsets to detect enemies on the battlefield. The contract will help the army “increase lethality by enhancing the ability to detect, decide and engage before the enemy,” the US defence department said. A Microsoft spokesman said: “Augmented reality technology will provide troops with more and better information to make decisions.” The technology giant will provide up to 120,000 versions of its HoloLens device to the military. The HoloLens, which is worn around the head and over the eyes, projects virtual images onto the real world. The wearer can interact with the graphics using hand gestures like a pinch or pointing an index finger. – © The Daily Telegraph

Apple a day keeps the reaper at bay

Apple watches could add two years to your life, a major study suggests. Research on 400,000 adults found that those who used fitness trackers linked to reward schemes saw activity levels increase by more than a third. The findings - from the largest ever study of behavioural technology - amount to around an extra two years’ life expectancy, insurance experts said. Participants with an Apple watch made monthly payments of up to £12.50, depending on their activity levels - with nothing at all to pay if monthly exercise targets were achieved. – © The Daily Telegraph

Study of posh areas enough to make you sick

Living in an unfriendly but rich neighbourhood is just as bad for a person’s health as residing in a deprived area, researchers have found. A new study by scientists from University College London, Edinburgh and Sussex universities concluded that the risk of illness among people who fail to make friends in their community is comparable to those from areas with low average incomes, poor education and services. While it has long been known that health outcomes are closely related to the affluence of an area, this is the first research to measure health against people’s personal opinion of where they live. It is not known for sure why a person’s feeling of satisfaction with their local neighbourhood would affect their health, but the influence on mental health and willingness to be physically and socially active are believed to play a role. - © The Daily Telegraph
WHEELS OF DEATH A stuntman inside the "Well of Death" attraction during a fair in Bangkok, Thailand.
Image: Reuters/Athit Perawongmetha

Peggy-Sue Khumalo: A peach of a poach by Standard Bank

Former Miss SA is the new CEO of the bank’s wealth division in SA, ending her 17-year career with Investec

That uneasy Uma-Oprah link between Bidvest and Bidcorp

Companies supposedly went their very different ways in 2016, but ties are a lot more worrying than they seem

Woza ‘Woza Albert’, your time has come again at last

Square eyes for the straight guys: Have a good old binge

Curl up on the couch with a torrent of new streaming movies, documentaries and series this weekend

SPORTS DAY: What will Thierry Henry find in Foster?

A worst case scenario would see them in a pool containing the likes of USA, Brazil and China

Blast from the past: Zungu and Zulu zap Ivory Coast