The Donald wants his own TV channel, and who better to run it than our most senior and stylish sockpuppet?

ANALYSIS: To the brave few who fought against state capture, thank you

The Zuma era is a story of the betrayal of a nation, but there were exceptional people who battled for integrity

‘We were in trouble’: Mantashe recalls ANC ‘revolt’ over state capture

My many blapses were just ‘bad judgment’, pleads Mkhwebane

Public protector vows she ‘wasn’t trying to deceive', as she tries to get out of paying R900k in legal costs

Gangs are killing us, says politician sleeping in a coffin

Parktown sex pest victims: ‘I got suicidal and I was always sick’

The woman has brought charges against the doctor knowing her job, according to her, was on the line

Pens down, party on as matrics get ready to Rage safely

A recently redefined definition also has deeper implications for theories about adaption and functioning, experts say

You don't have to throw out the Good Book to be feminist, they say. It's all a matter of interpretation, they claim

Academics, including 100 in China, attack 'unethical' video that suggests human embryos were tampered with

Among all the political lies, where do queer folk mark their ‘X’?

At the polls, unemployed and poor LGBTI+ people will have to muzzle their queerness to do their civic duty

Autistic merit: Did 'Rain Man' do more harm than good?

The film about an autistic man moved the world, the problem is that it is so misleading

A man handed himself over to police and joined eight others in court on Tuesday for alleged possession of lion bones, lion meat and tiger’s skin. Louis Fouche, 22, joined Lourens Pretorius, 24, Mguyel Huu Son, 30, Tuan, 33, Dao Chanh, 38, Pham Khur, 56, Chanh, 56, and Quol Thang, 60, and Michael Frederich Fourie, 42, in the Klerksdorp Magistrate’s Court. The case was postponed to December 5. Hawks spokesperson Captain Tlangelani Rikhotso said Fourie is renting a farm where the slaughter allegedly took place. Two vehicles had been intercepted on Sunday as they were headed to an unused farm in Mareetsane. Officers found gas cylinders and burners, a saw, knives and equipment suspected of being used to process lion bones. The suspects took the Hawks to another farm 30km from Klerksdorp, where the lions were allegedly slaughtered. They found a lion skin dumped in the bush and machines believed to have been used to cut the bones.

While those close to Lerato Khanye, HHP's ex-girlfriend and the mother of their son has called for privacy and have not officially divulged details of her sudden death on Monday, it's being reported that she died of natural causes. According to Sowetan a close source said Lerato fell ill about a week ago and had died at Helen Joseph hospital. The news came as a devastating blow for HHP and Lerato's 13-year-old son, Leano who is still mourning the death of his dad. HHP took his own life on October 24 after a lengthy battle with depression. Tsambo family spokesperson Nkululeko Ncana confirmed Lerato's death to TshisaLIVE on Monday but said he was not at liberty to speak about the details or comment on how Leano was coping. He asked that the family be afforded privacy to deal with the loss.

E Cape officials rack up over R1m in fines

The Eastern Cape government has more than R1m in outstanding traffic fines for state-owned vehicles. Provincial transport MEC Weziwe Tikana revealed this in a written reply to DA member of the provincial legislature Marshall von Buchenroder on November 8. The fines from April 2016 to the start of November this year totalled R1.14m. The total for 2016/17 was R394,050, R406,737 for 2017/18 and R339,900 in 2018/19. On September 30 this year, the provincial government had 3,154 operational vehicles. Tikana said traffic officers could often not identify the drivers of the cars so fines would then be issued to the Government Fleet Management Services which would try to find the liable drivers.

Eleven men accused of orchestrating the bloody Verulam mosque attack and a wave of alleged Isis-inspired firebomb attacks were granted bail in the Verulam Magistrate’s Court on Tuesday. Farhad Hoomer along with Ahmed Haffejee‚ Thabit Mwenda‚ Mohamad Akbar‚ Seiph Mohamed‚ Amani Mayani‚ Abubakar Ali‚ Abbas Jooma‚ Mahammed Sobruin‚ Ndikumana Shabani and Iddy Omari were arrested in a coordinated Hawks raid on October 5. Hoomer, the man the state painted as the alleged ringleader of the group, was released on R200,000 bail. Haffejee will have to hand over R150,000 to the state to secure his release. Mwenda, Mohamed and Mayani were released on warnings while Akbar, Ali‚ Jooma, Sobruin, Shabani and Omari had bail set between R3,000 and R5,000. Magistrate Irfaan Khalil said that while reasonable suspicion had been raised by the state, its case was not watertight.

Public protector Busisiwe Mkhwebane is already facing a R900,000 personal costs order over her disastrous legal battle with the Reserve Bank — now SA’s central bank wants her to personally pay the costs of her appeal against that order. Chief justice Mogoeng Mogoeng on Tuesday reserved judgment in Mkhwebane’s challenge to the costs order granted against her, the first given against a public protector, as well as the Bank’s application for Mkhwebane to be found to have “abused her office”. Mkhwebane’s advocate Vuyani Ngalwana maintains that the costs order granted against her must be overturned, because Mkhwebane did not “act in bad faith” in her investigation into the apartheid-era bailout given by the Bank to Bankorp. Instead, he says, she “showed bad judgement” by failing to disclose certain meetings she had — including with then-president Jacob Zuma’s office — prior to the release of the report. Essentially, he says, Mkhwebane made “errors” in her investigation and report “but these should not be the basis of an adverse costs order against her”.

The New Age to go under the hammer

Once owned by the controversial Gupta family, The New Age newspaper will on Wednesday go under the hammer after its liquidation was finalised. In his testimony before the state capture commission on Tuesday, Mzwanele Manyi – who briefly acquired the newspaper from the Guptas through vendor financing – said his high court application to liquidate the newspaper had been finalised. The auction would take place on Wednesday. The application was lodged by Manyi’s AfroTone Media. Earlier this year, the high court in Pretoria placed the newspaper under provisional liquidation. Business Day previously reported that in his affidavit to the court, asking for the provisional liquidation, Manyi said that from February 2018 — when Zuma was replaced by President Cyril Ramaphosa — to June 2018, TNA’s revenue declined from R5,173,646 to R255,650.
NOWHERE TO HIDE A sandstorm hits the city of Zhangye in Gansu province, China.
Image: Reuters/Stringer 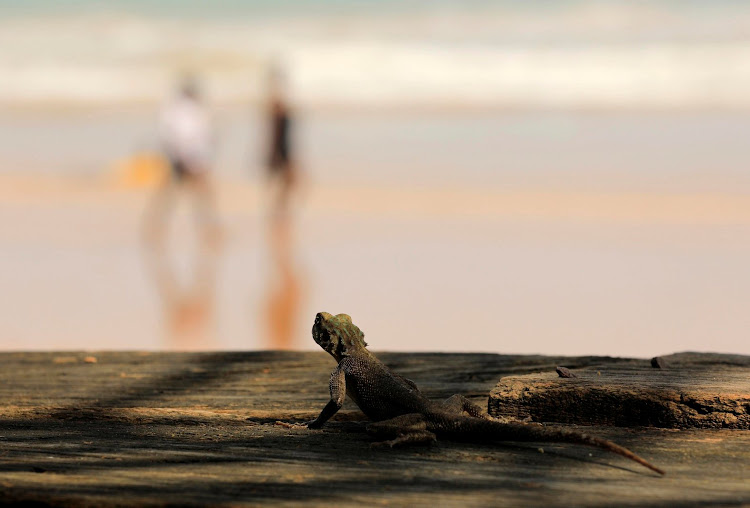 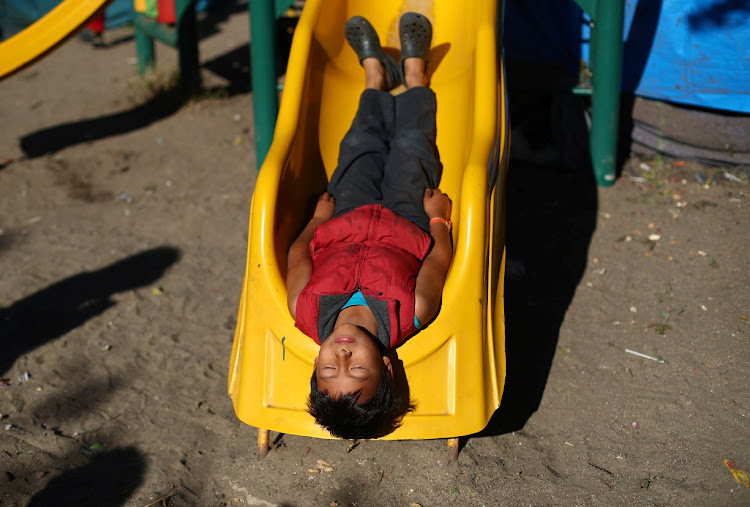 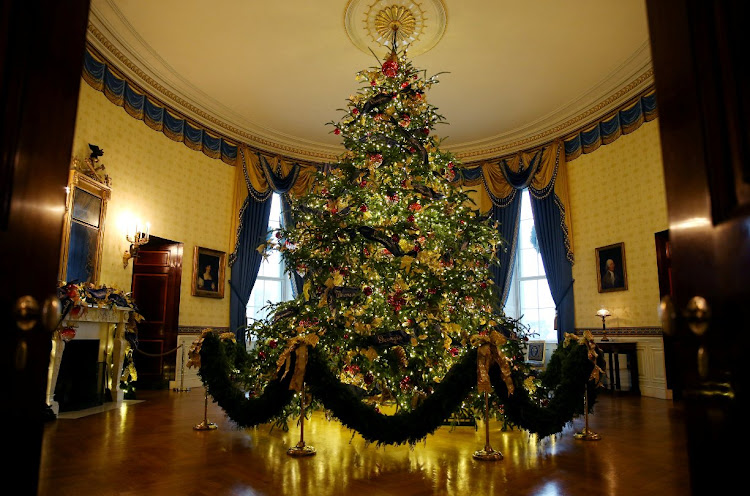 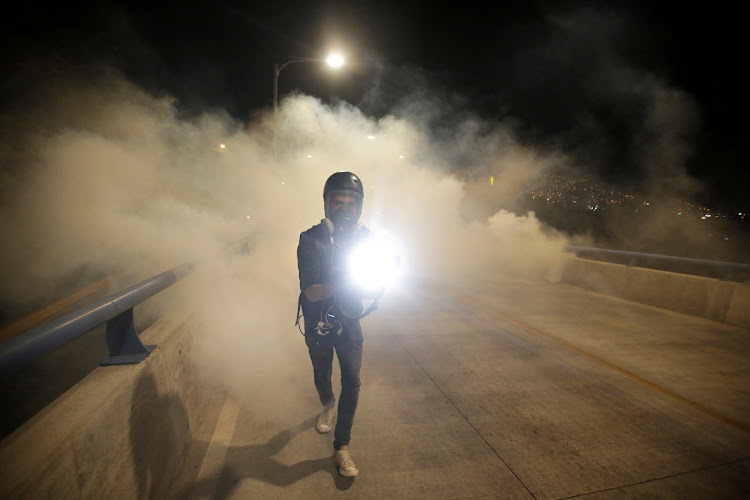 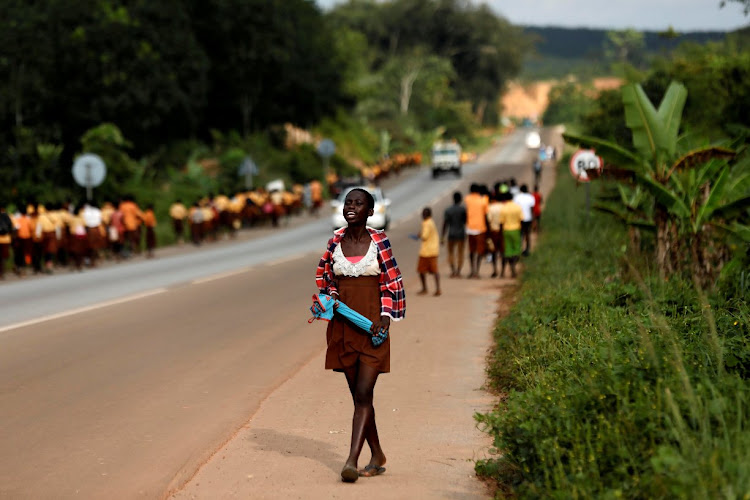 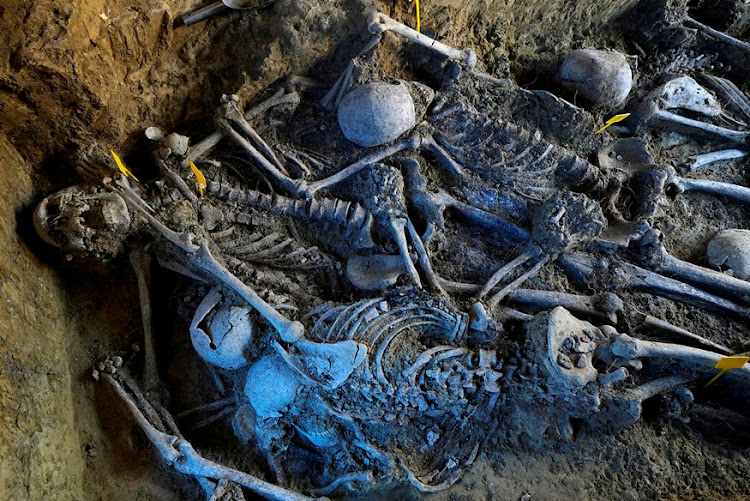 Slain Christian did one good thing: He highlighted tribes' vulnerability

How to change the world the Musk way: Work 100 hours a week

Equality between men and women in England predates modern times, archaeologists have found

What! A Poirot with no moustache, no accent? Quelle horreur

The president of a South Korean TV company resigned after an outcry over his 10-year-old daughter’s abusive behaviour towards his chauffeur. Bang Jung-oh apologised and announced his exit after a recording of the girl’s threats was released by a rival channel. In the audio clip, the girl is heard shouting at the driver: ‘Hey, you! I’ll speak to my mother today to make you lose your job. You’re fired,’ and calling him insane and crippled, and saying she wants him to die. – The Daily Telegraph

OMG! Can you believe there’s a ‘heresy app’?

A passenger was taken off an Indian plane and detained for questioning after he posted a photo of himself on Snapchat alongside the word ‘terrorist’. The 21-year-old was removed from the flight after a passenger spotted him typing ‘Terrorist on flight, I destroy women’s hearts’ into his phone. The photo shows half of his face covered with a handkerchief. The suspect was taken off the flight before takeoff and detained for almost 10 hours before being let go without charge. – AFP

A British radio presenter has been found dead. Gavin Ford’s body was discovered at his home in the Lebanese town of Beit Meri. Tributes started pouring in on social media for Ford, who had been one of Lebanon’s most loved radio hosts for years. The cause of death is unknown. – AFP

‘Most dangerous’ fugitive arrested in Italy

Italian police have captured a mafia boss, 60, who had been on the country’s list of most dangerous fugitives after discovering his hideout in Naples. Antonio Orlando was cuffed after 15 years on the run, during which he had continued to issue orders to his clan, police said. Orlando was preparing to move to another hideout, and was in the process of destroying fake identity documents when the police bust in. About 6,000 euros in cash was uncovered in the apartment. – AFP

Google ruckus in bid to clip wings of China project

Eleven employees at Alphabet Inc’s Google published an open letter demanding that the company end development of a censored search engine for Chinese users, escalating earlier protests against the secretive project. Google has described the search app, known as Project Dragonfly, as an experiment not close to launching. But employees, activists and US lawmakers have criticised Google for not taking a harder line against China’s policy to block politically sensitive results. – Reuters
DEVIL’S ADVOCATE A man dressed as a devil embraces a child as part of a tradition in Czech Republic.
Image: Reuters/David W Cerny

Bitcoin crash: Surely we should feel only virtual pain?

The crypto-people baffle us on purpose, lest we work out the extent of hot air in their bubble

The only lingering remnant of the once-mighty SABMiller is Castle Lager, which scrapes in at number 25

Ethics isn’t just a county in England, you Pepkor guys

Develop a taste for our local cook sisters (and brothers)

‘Idols’ winner Yanga Sobetwa is not just one of the gang

The 17-year-old, who comes from crime-ravaged Delft, wants 'to draw teenagers closer to God through music'

What are these lights we see? Surely it can’t be Christmas

Trees of light have sprung up all over the world, including one made entirely out of champagne bottles

‘I vow to tread lightly, act kindly and explore mindfully’

Bok to the future: Lessons from Man U for Rassie’s lads

Blasts from the past: Boks win record 17th Test in a row