Consumers fight back against Momentum - and win

Insurer backs down after public outcry, decides to pay hijack victim's wife in full - even though it didn't have to

Misinvoicing on imports and exports is a major contributor to poverty, inequality and insecurity, says global report

The Guptas couldn’t buy me and I don’t bow to bullies, says Pravin

Wake up, Gauteng, or you’ll end up like Cape Town

Zero-sum game: Number of pupils per class in SA has shot up

Poor families spend a sixth of their household income on education, but the quality of schooling has fallen

Pirate war: SA gets its hooks into maritime menace

Psst ... Don’t let the Black Friday devil make you do it

Do not spend impulsively in today's economic climate, experts caution

Best friend or fiend: Is your dog really being naughty?

Dogs can recognise and even feel a range of human feelings. But do they also have a conscience?

Despite modest support, she will create at least the possibility of handing the province to the ruling party

Oh Jacob, what you won’t Dudu for love

To ruin a country's economy takes a very special man, a very lucky woman, and a very unique relationship

Who or what is now in control of SA? It's clearly not Cyril 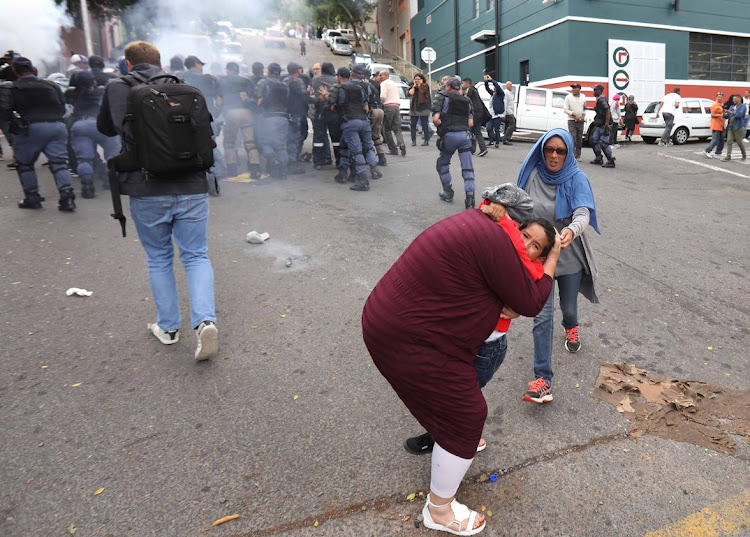 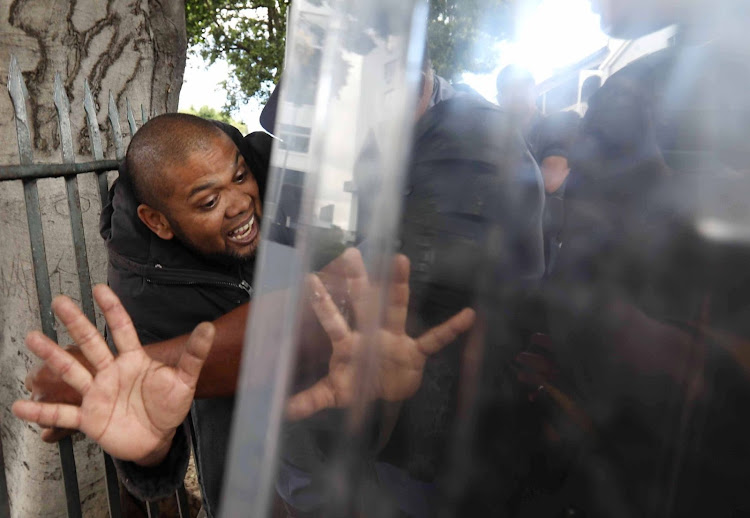 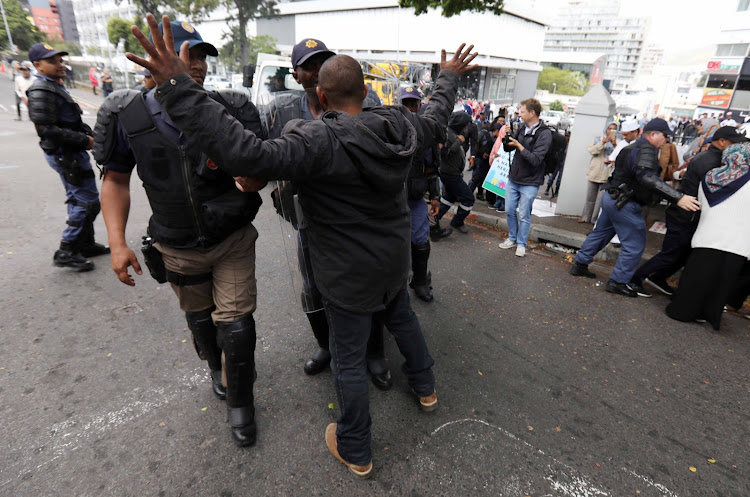 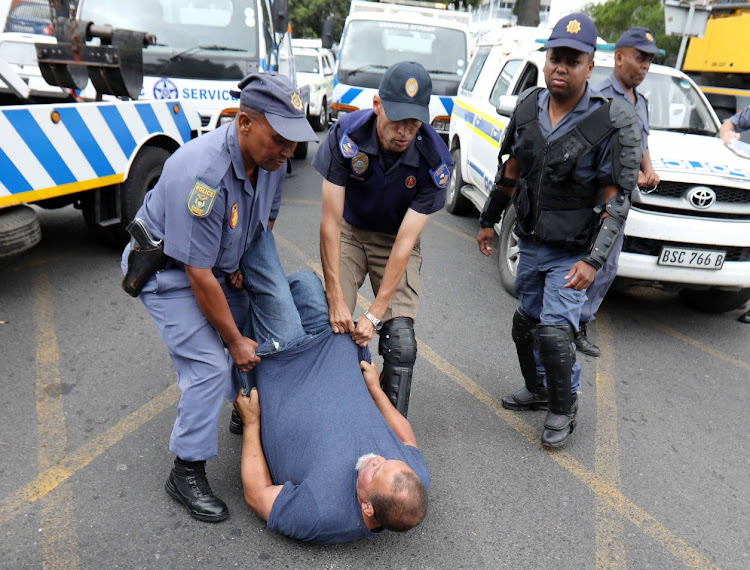 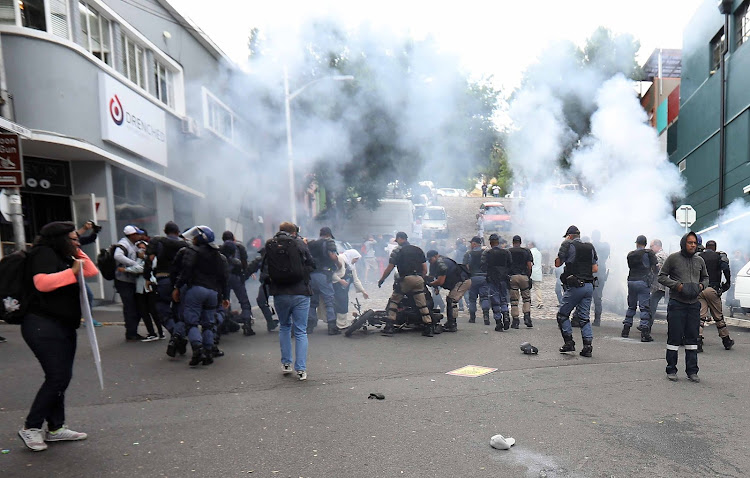 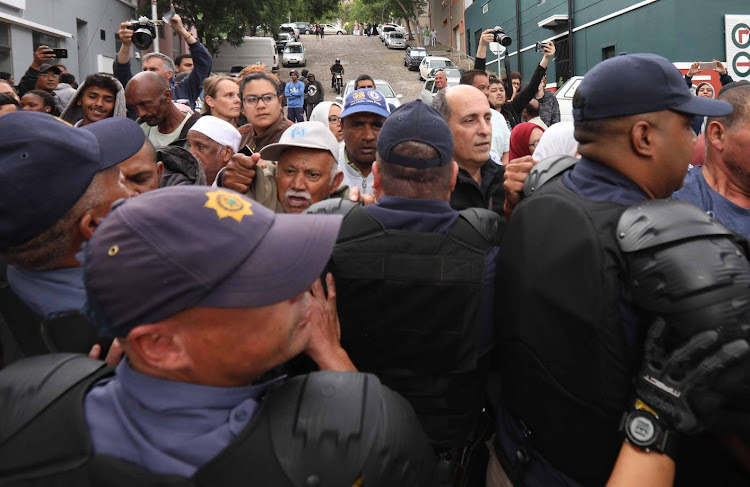 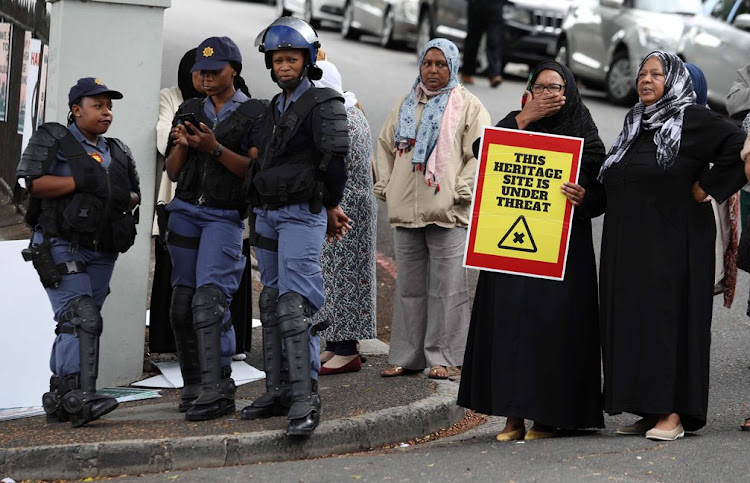 The Hawks are investigating the murder of 40-year-old Mitchells Plain detective Vuyani Fani who was shot outside his Cape Town home, unarmed and off duty. Fani, who was stationed at the Mitchells Plain detective branch, was killed in Site B, Khayelitsha by three unidentified gunmen on Sunday evening. Western Cape police spokesperson Sergeant Noloyiso Rwexana said the attackers took only Fani’s cellphone. She said he was unarmed. Fani's murder is the latest in a spate of police killings in the area. On August 10, 33-year-old Constable Arthur Matu's charred remains were found in his burnt-out vehicle in the same area. Ten days later, Constable Siyamcela Ncipa, 37, was shot and killed in Khayelitsha and his firearm stolen. On the same weekend, in Delft, Constable Lonwabo Kili was shot dead and his firearm stolen.

More than six million children in SA live below the food poverty line, with many families failing to provide the minimum nutrition needed to survive and thrive. This was revealed in the South African Child Gauge 2018 report on Tuesday. The annual report is published by the Children’s Institute, the University of Cape Town, alongside the DST-NRF Centre of Excellence in Human Development, Wits University, UNICEF South Africa and the Standard Bank Tutuwa Community Foundation. It found that extended family households accounted for 36% of all households, followed by single-person households (22%). Only 25% of children live in nuclear families, while 62% live in extended family arrangements. More than 7 million children live in households headed by a grandparent or great-grandparent.

Cosatu to march against ‘neo-liberal offensive’

In response to what it called a “neo-liberal offensive” targeting workers, Cosatu will march on the KwaZulu-Natal premier's office in the provincial capital on Thursday. The trade federation’s Edwin Mkhize said retrenchments in the public sector, most notably at the SABC, had prompted the call to action. “This is the beginning of our response as Cosatu to this renewed attack against the workers and the poor. Jobs are being shed, adding to an already growing level of unemployment,” he said. The move toward industrial mass action was announced in Durban on Monday. “We are committed to defend all workers in different sectors from this revived offensive by neo-liberalism. This is a clear indication that capitalists and our government officials continue to use workers as scapegoats,” Mkhize added.

It has been more than two months since Elam, 9, and Muzi, 8, Ndibi were kidnapped outside their Tshepisong, Kagiso home and brutally killed. Now they will finally be laid to rest. “The manner in which they were killed was bad enough. The police were just taking too long to conduct these tests, but we are relived now that they are released. We just want to bury them in peace, so we can move on,” said their uncle, Luvuyo Ndibi. The siblings went missing on September 14 while playing outside their home. They were found several days later buried in shallow graves about 10km away, blindfolded and with their hands tied. Ndibi said the family had not confirmed the day of the burial but it might be this weekend. The man accused of killing the siblings appeared at the Kagiso Magistrate’s Court last Monday.

NPA delighted Block has to go to jail

The National Prosecuting Authority (NPA) has welcomed the decision by the Constitutional Court to dismiss the appeal by former ANC Northern Cape chairman John Block and businessman Christo Scholtz. This means the two have less than a week before they have to report to jail. On Monday, the highest court in the land said their application had no prospects of success. NPA Northern Cape spokesman Phaladi Shuping said on Tuesday the role of the authority had ended in this case. “It is now up to the registrar of the high court in Kimberley to issue detention warrants,” Shuping said. The warrants would be sent to their lawyers. Once their lawyers had been informed the men would be given between two and five days to present themselves to the authorities.

Three in hospital after KWV fire

Three people are in hospital following a fire that broke out at the KWV bottling plant in southern Paarl on Tuesday morning, the company said. "A KWV employee, a service provider and municipal firefighter have been admitted to hospital for smoke inhalation and are in a stable condition," it said. "Four KWV employees were treated on-site for minor smoke inhalation." Part of the company where bottling took place had been damaged and certain products would be “temporarily impacted”. The company said it was grateful that no lives were lost in the fire. Firefighters had managed to prevent the flames from damaging tanks that store about 90,000 litres of brandy. Mainly machinery, office equipment and bottles on pallets were damaged. 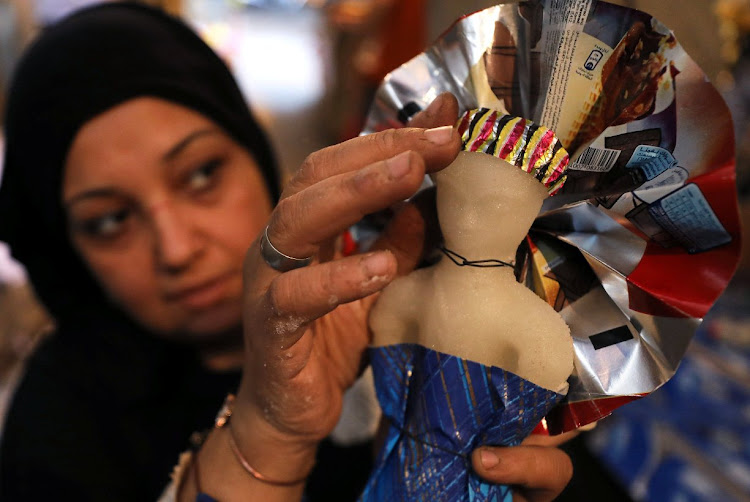 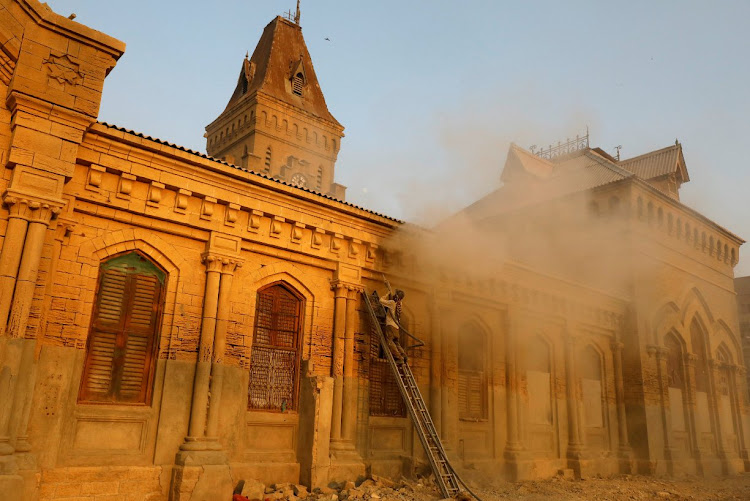 Land of the fallen son: Carlos Ghosn’s Japanese glory days are over

Once seen as a saviour, everybody has rounded on disgraced 'Cost Cutter' - but that might be a bad idea for Japan Inc

Identical strangers: shocking story of triplets split up by science

You probably pitied the princess on her sister’s wedding day, but it turns out she had a saucy secret

Hue and cry: Instagrammers get death threats for ‘posing’ as black

Spain’s PM has warned Madrid will vote against the Brexit deal agreed between London and Brussels if it does not guarantee Madrid’s veto over Gibraltar’s future status. Theresa May is due to sign a treaty with EU leaders to leave the bloc on Sunday, but Spain’s warning over the contested British territory in Spain may add another complication. Spain wants to retain its ‘right’ to negotiate Gibraltar with Britain on a bilateral basis, giving it an effective veto. – AFP

An Indian court handed down a rare death sentence over anti-Sikh riots in 1984 that killed 3,000 after the assassination of MP Indira Gandhi. The sentence follows a special probe into the carnage that erupted hours after PM Gandhi was killed by her Sikh bodyguards. The rape and murder of Sikhs raped and murdered lasted three days. Few have been punished for the massacre. – AFP

It’s back to the cave in Pakistani village

Bomb-proof, earthquake-resistant and cheap: thousands of Pakistanis are moving into caves near Islamabad. A surge in housing prices has renewed interest in these homes. The caverns are dug out by hand, and are ideally suited for keeping cool in summer and warm in winter. The challenges of cave life include insufficient natural light, the reliance on electricity cabled in from outside to power TV sets and phones, while indoor plumbing is a rare luxury. The cave prices average around $300. – AFP

Cheese teeming with squirming maggots, sheep’s eye juice and mouse wine: Sweden’s ‘Disgusting Food Museum’ has been on show for three months at an old slaughterhouse in the city of Malmo. Visitors are warned on entry: the exhibit is not for the squeamish. Sick bag in hand, visitors go on a tour of specialities, some of which are considered delicacies around the world. – AFP

Twitter CEO Jack Dorsey has been accused of inciting hate against India’s highest caste after being photographed holding a poster declaring ‘smash Brahminical patriarchy’ during a visit to the country. Dorsey in the photo holds the poster alongside six women who participated in a discussion on the role of Twitter in India, where grievances over caste can turn violent. Twitter defended Dorsey in comments posted on its official India page Monday, saying a low-caste activist had ‘shared her personal experiences and gifted a poster to Jack’. – AFP

A public prosecutor and two Thais were sentenced for four years after they were caught attempting to smuggle more than a dozen rhino horns worth $1.4m through Bangkok’s main airport last year. The smugglers were caught while accompanied by the senior justice official who tried to sneak them through customs. The court said the deputy public prosecutor tried to persuade customs officers not to check the bag and offered a bribe to let the bags pass. – AFP
PROTESTERS NEED REST TOO A French protester against higher fuel prices, rests in Nantes.
Image: Reuters/Stephane Mahe

How banks screw you on forex purchases

Apparently apparel still suits some of us, broke or not

Fashion in SA still floats TFG’s boat, helped by canny acquisitions in the UK and Australia

Taste Holdings really needs to get a bigger pizza the action

Why the Mediterranean diet may all be a convenient myth

Are people in these areas living longer or suffering less disease? The answers don’t lie in a bowl of ratatouille

By Jackie May
2 min read
Lifestyle

Oi, Mom, show us the money, not your naff ‘travel’ gifts

Who comes up with this utter tat? These thousands of tenuously reimagined products aimed at travellers?

SPORTS DAY: Wales in for a pound, but not a Halfpenny

Too many fickle fingers are ruining the game of rugby

Match officials, and the laws they are supposed to apply, are in urgent need of revision to restore credibility

Blast from the past: Smith smites ton to take ODI series