Cyril isn't a Goodie, but he's better than the Baddies. Deal with it

State capture, Bosasa, oh dear. It's all so murky. Perhaps we need a one-off free pass for the president

From populism to fake news, they're using any trick in the book to defend their ill-gotten gains, he tells Zondo probe

Infamy! They've all got it in for me, Zuma tells court

Charges against me are nothing but a conspiracy to spoil my ANC leadership chances, he says in court papers

Is the ANC wise to use Zuma for its fightback campaign?

The party in KZN is pushing Msholozi as the face of its campaign, seemingly unperturbed by the scandal surrounding him

School clashes with parents of pupil ‘bullied’ for being ‘gay’

Dad intervened to protect his son because, he says, teachers watched and did nothing

Kruger anti-poaching dog takes on a lion ... and comes out alive

Young African scientists drowning in a cauldron of obstacles

Shortage of funding and reluctant support threaten the future of science on the continent, study finds

The Constitutional Court on Monday struck down a law which made it a criminal offence to convene a peaceful march without notifying the responsible officer of a municipality. The court also set aside the convictions of 10 people, found guilty by the Bellville Magistrate’s Court of contravening section 12(1)(a) of the Regulation of Gatherings Act. The 10 were arrested in 2013 after chaining themselves together on the steps of the Cape Town Civic Centre‚ demanding to meet the mayor. They had intended to stay within the law by having only 15 protesters‚ but the crowd swelled and the convenors of the gathering were charged. They appealed the convictions in the High Court in Cape Town and challenged the constitutionality of Section 12(1(a) of the act. In a unanimous judgment, acting ConCourt judge Xola Petse said section 12(1)(a) of the act constituted an unjustifiable limitation of the constitutional right for people, peacefully and unarmed, to assemble, picket and present petitions.

Eskom has started moving coal from its Medupi power station in Limpopo by road to Mpumalanga where 10 power stations have coal stockpile shortages. Power stations are supposed to have enough coal to keep the lights on for 20 days. The power utility said on Friday that from next month it will transport 1.4m tons of coal per year by train from Medupi to the 10 affected power stations. “While we have a recovery plan, load shedding cannot be ruled out for the remainder of 2018,” it said. Eskom implemented emergency stage one load shedding on Sunday before it was suspended at 7pm. Energy expert Chris Yelland said it costs about R500 per ton to transport coal from Medupi to Mpumalanga, whereas the coal itself usually costs about R300 to R350 a ton.

Police went toe-to-toe with a gang of armed robbers who stormed a SaveRite shop in Phoenix, north of Durban, at the weekend. The eight robbers forced their way into the shop, holding staff at gunpoint and helping themselves to cash and cigarettes. Police responded and they exchanged fire with the gang, whose members took off on foot towards the nearby shack settlement of Amaoti. Police spokesman Lieutenant-Colonel Thulani Zwane said fleet-footed police arrested four men. “They will appear in court soon on robbery and attempted murder charges.”

A student who grabbed a knife used by a robber and used it to stab his assailant at the weekend is now facing a charge of murder. The 23-year-old student was held up at knifepoint by two suspects while walking home in the early hours of Sunday in Central, Port Elizabeth. Police spokesperson Colonel Priscilla Naidu said: “He was robbed of his cellphone. The student grabbed the knife from the suspect and allegedly stabbed him. The other suspect was arrested by a patrolling security vehicle.” The student was detained on a murder charge, she added.

A 36-year-old has been arrested after he clocked 187km/h on the stretch of the N3 northbound between Gillooly’s interchange and the Linksfield turnoff. Ekurhuleni Metro Police spokesperson Chief Superintendent Wilfred Kgasago said the man was caught at 6.30am on Sunday. He was travelling in a blue Volkswagen Polo Vivo. Kgasago said the man claimed he was rushing to the Alexandra cemetery. A biker was also arrested after he clocked 177km/h at about 5.40am – with the rider claiming he was testing his Honda motorbike after an “extended period of inactivity”. Others were caught doing 178km/h, 166km/h and 162km/h at the weekend. They were all charged with reckless and negligent driving and released on R1,000 bail.

Amcu to strike at Sibanye-Stillwater

Sibanye-Stillwater confirmed on Monday it had received a strike notice from the Association of Mineworkers and Construction Union (Amcu). The strike is set to start at the mining company's SA gold operations from the evening shift of Wednesday November 21. Amcu said at the weekend it was planning to strike for higher wages. A three-year wage agreement was struck last week between Sibanye-Stillwater and the other unions at its operations, the National Union of Mineworkers, Solidarity and UASA. Sibanye-Stillwater employs about 32,200 people at its SA gold operations, with Amcu representing about 43% of employees in the bargaining unit. The company said it had made ongoing attempts to reach a fair and reasonable outcome during the negotiations with unions.
GET OUT OF MY HARE, FALCON A falcon catches a hare on World Falconry Day in Alexandria, Egypt.
Image: Reuters/Amr Abdallah Dalsh 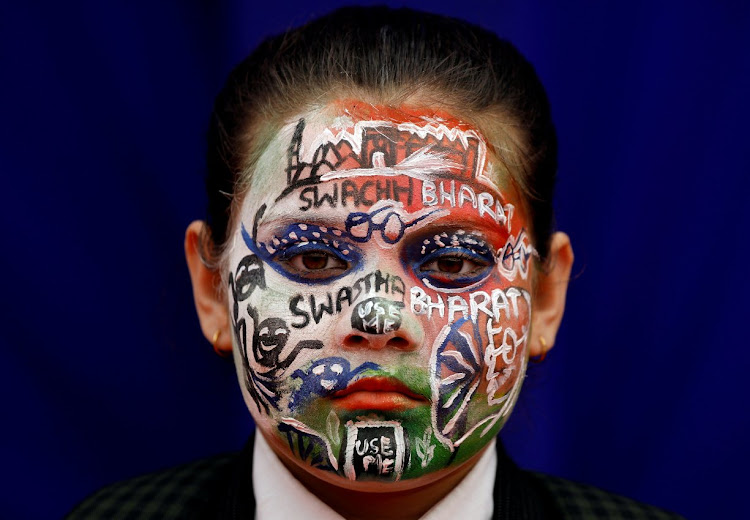 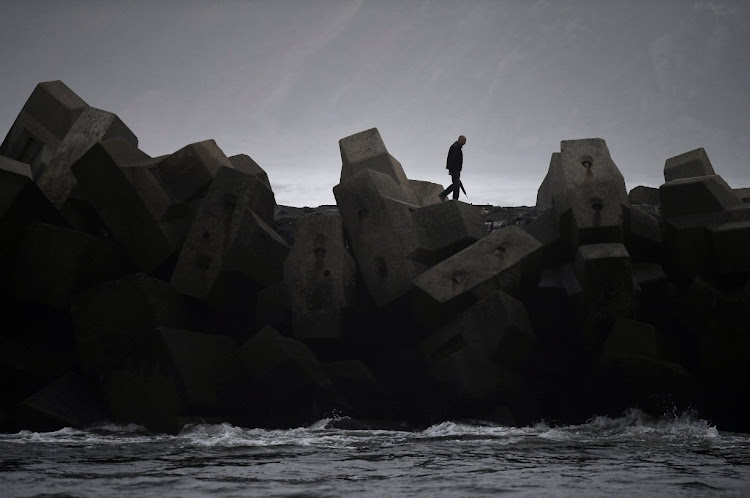 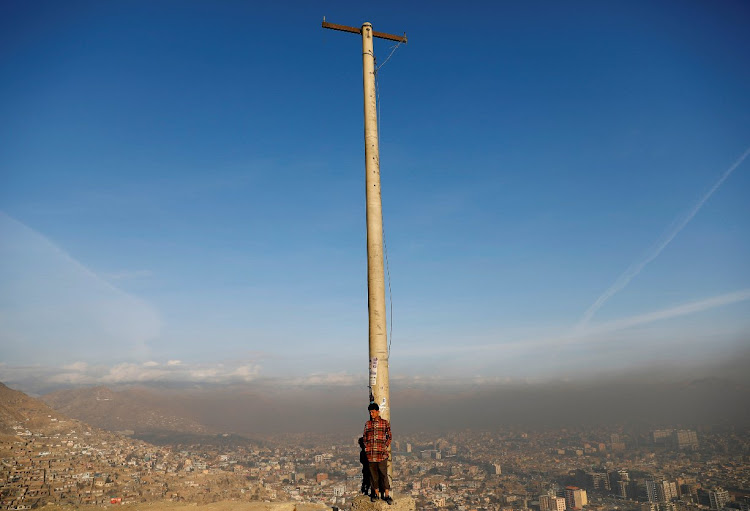 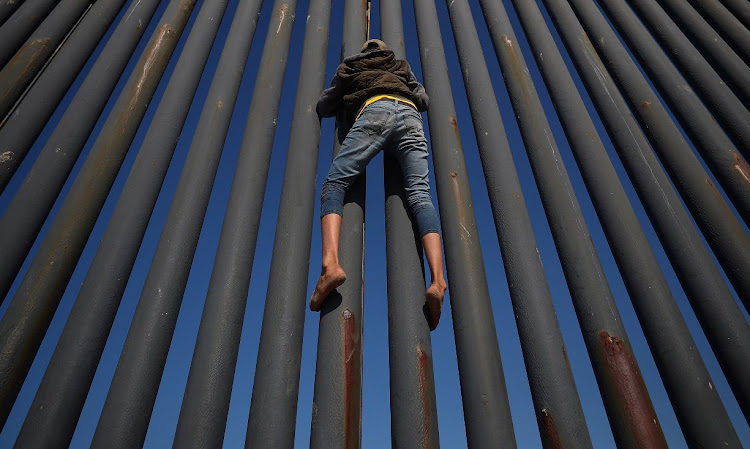 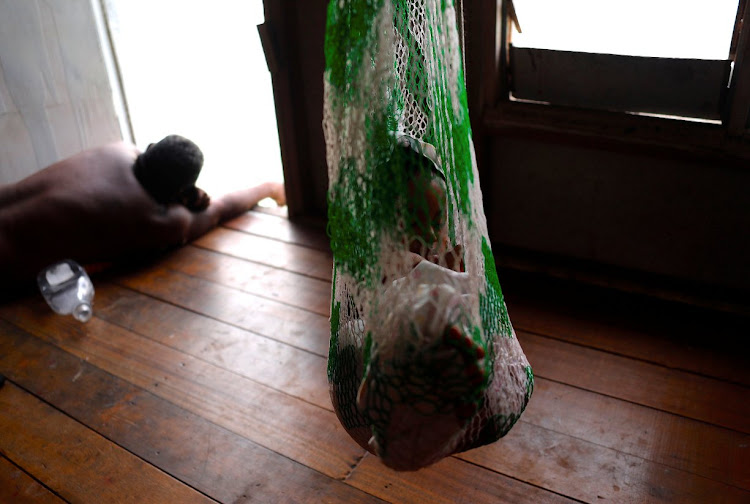 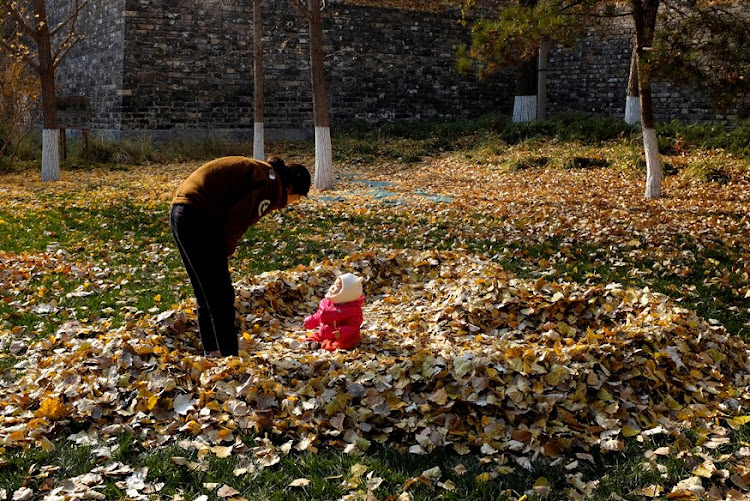 You think SA's got it bad? Life is murder for Venezuelans

Weaker than men? These Antarctica-conquering women beg to differ

Western millennials (and their parents) have given up on sex. This is why

Italians vow to block loan of works to mark the 500th anniversary of the artist's death, without something in return

Scavengers get out of the poo

Hundreds of “manual scavengers” die each year cleaning out sewers in cities across India but a machine unveiled for Monday’s World Toilet Day could help to end that tragic record. Thousands of mostly low-caste Indians are employed in one of the world’s dirtiest jobs unclogging human waste from underground pipes. More than 1,300 have died, mainly suffocated, in the past three years, according to the Sulabh International charity. The men are called “manual scavengers” because they mainly scrape the waste with their bare hands without any protective gear or masks. The machine launched by Sulabh injects high-pressure water into the tunnels and tanks and then collects the waste with a mechanical bucket operated from ground level. - AFP

Khashoggi ‘smuggled out in luggage’

The killers of Jamal Khashoggi, the dissident journalist murdered in Saudi Arabia's Istanbul consulate, may have used diplomatic immunity to smuggle his body out of Turkey in their luggage, says the country's defence minister. The body has still not been found more than six weeks after Khashoggi's death, triggering international condemnation of the kingdom. US President Donald Trump has declined to publicly support the CIA's conclusion that Crown Prince Mohammed bin Salman, Saudi Arabia's de facto ruler, ordered the murder but said he expected a full report on Monday or Tuesday. Riyadh has offered several explanations for what happened but insists the prince was not involved. – © The Daily Telegraph

A female Chinese novelist has been sentenced to 10 years in jail for writing and distributing books containing explicit descriptions of gay male sex, state-run media said on Monday. The author, who goes by the pen name "Tianyi", attracted the scrutiny of authorities after one of her homoerotic novels, Gongzhan, went viral in 2017, according to the Global Times tabloid. The book detailed the sexual relationship between a teacher and his male student. Tianyi also distributed 7,000 "pornographic" books, most of them related to homosexuality, which garnered "illegal profits" of 150,000 yuan (R302,000), according to Wuhu city police cited by The Global Times. She has reportedly filed an appeal. - AFP

Players set more than just their arrows flying at the Grand Slam of Darts this week, with opponents rowing over who had emitted noxious smells during their match, media reported. Twice world champion Scotsman Gary Anderson, 47, won Friday’s match 10-2 to reach the quarterfinals but his Dutch opponent Wesley Harms, 34, said he was affected by the “fragrant smell” Anderson had left as they played. “It’ll take me two nights to lose this smell from my nose,” Harms told Dutch television station RTL7L. However, world No 4 Anderson said the smell had come “from the table side” at the Aldersley Leisure Village venue, in the English Midlands town of Wolverhampton, suggesting it was from the crowd. “If the boy thinks I’ve farted he’s 1,010% wrong. I had a bad stomach once on stage before and admitted it. So I’m not going to lie about farting on stage,” he was quoted as saying by the BBC. - Reuters

Staged tip led to a Picasso that wasn’t

A painting that Romanian prosecutors said might be a work by Pablo Picasso stolen in 2012 is more likely a forgery created as a publicity stunt, Dutch media reported. State broadcaster NOS cited author Frank Westerman, who helped locate the painting in Romania’s Tulcea county after an anonymous tip, turning it over to Romanian police. Westerman told NOS he had received an e-mail from a Belgian theatre company which is staging a play about a famed art forger. He said the painting he recovered appears to have been a forgery hidden as part of an elaborate hoax. Separately a former curator of the museum that owned the real Tête d’Arlequin (Harlequin’s Head) told Dutch television the painting it appeared to be a forgery. Romanian prosecutors, who said they were trying to verify the work’s authenticity, could not be reached for comment. The real Picasso was stolen from an exhibition in Rotterdam in one of the art world’s most dramatic heists. - Reuters

Fancy some roasted crickets for a light snack? Look no further than in the local supermarket aisles. Sainsbury’s has become the first British supermarket chain to stock edible insects in a bid to boost sustainable food sources that produce fewer greenhouse gases. “Insect snacks should no longer be seen as a gimmick or something for a dare,” said Rachel Eyre, head of future brands at Sainsbury’s. Nutritionists and scientists have long touted insect consumption for humans as a sustainable and cheap source of protein - though snacking on bugs is a stomach-churning prospect for many. Insects can be a rich source of fat, protein, vitamins, fibre and minerals, according to the UN Food and Agriculture Organisation. - Reuters
WHEN HATRED ECLIPSES LOVE Hundreds gather to protest against migrants from Central America in Tijuana, Mexico.
Image: Reuters/Adrees Latif

Without skills to navigate the turmoil ahead of you, no amount of cash will drag you out of the holes of the past

MTN and Vodacom get set to topple cash from its throne

Mobile money has failed in SA before, but operators are determined to spread the financial services net wider

Buying wholesalers has enabled its franchisers to get better deals, making them more competitive

A fortnightly look at books and writers

Peter Jackson directing a WW1 film has a nice ring to it, doesn’t it?

X-Men mark the spot where superhumans strut their stuff

A smashing journey from journeyman to full-blown star

Kevin Anderson is not done yet and, after two years of trending upward, how high can his curve go in 2019?

Blasts from the past: Super Parker strike sinks Spain