Now right-wing monsters like Waluś are treated as heroes

The case of Chris Hani's killer mirrors the insidious re-emergence of right-wing nationalism. It's very dangerous

New ID for De Lille? Maybe not, but she could be a coalition queen

She has the political chops and the experience, but former Cape Town mayor isn't saying anything new, says an analyst

Plastic-wrap serial killer has cops asking: whose child is next?

... and if you want to sit with President Ramaphosa you'll have to be prepared to negotiate

Yay, it's Black Friday week! But before you splash out, think hard

The sales are tempting, but they aren't for everyone

Can businesses refuse to take cash? The answer will surprise you

One is for sure though: there is such a thing as paying with too many coins

Much more than the snor, Movember can save your life

For the sake of our whales, stop the blastards, Mantashe told

Oh, frack! A million hectares face being explored for gas

Environmental groups up in arms as Rhino Oil and Gas applies for rights to explore KZN and Free State for ...

From catching crooks to cooking, teens think outside the bots

Look out: This lady justice vows to wield sword to break the silence

Being a survivor herself, Durban attorney is determined to help victims of domestic and sexual abuse

Poor black ‘nice-time’ moms catch too much flak for shack fires that put kids’ lives in danger. The blame is misdirected

To pay $90.3m for a Hockney seems insane, but tells us something significant about the values we still attach to art

A dozen police officers were receiving medical treatment at a Durban hospital after they were involved in a crash in the west of the city on Sunday. Their vehicle veered off the M1 Richmond Road near Mariannhill, Rescue Care Paramedics’ Garrith Jamieson said. The accident occurred shortly after 6am. “Rescue Care Paramedics arrived on the scene to find the single vehicle against an embankment. A total of 12 policeman had sustained various injuries and immediately more ambulances were dispatched to assist. Once all the injured had been stabilised on the scene they were transported to a nearby hospital for the further care that they required,” said Jamieson. The cause of the crash is unknown.

Government and private schools have set fee increases for next year well above inflation as they brace for a rise in applications for fee exemptions from cash-strapped parents. A snap survey of 20 schools revealed that increases at state schools averaged 8.2% and hikes at private schools were on average 7.8% - significantly higher than the current 4.9% inflation rate. Economist Azar Jammine warned that above-inflation increases at high-end private schools were going to result in “more and more people no longer finding it affordable” and moving to former Model C schools. “Private schools are becoming the ambit of the corporate elite. One is finding that some of the ordinary, decent professionals are now really struggling to keep pace with some of the private school fees,” he said.

Three people were wounded in two separate shooting incidents in Gauteng on Saturday, paramedics said. ER24 spokesperson Ineke van Huyssteen said a man and a woman had been wounded in a shooting incident on the corners of Solomon Mahlangu and Bronkhorstspruit roads in Silverton, Pretoria. A man had been shot in the abdomen and foot, and was in a serious condition. A woman had sustained moderate injuries. In the second incident, a man sustained a gunshot wound to his arm at a shop on Trichardts Road in Boksburg, east of Johannesburg, on Saturday evening, she said. “When ER24 paramedics arrived at the scene shortly before 6pm, they were led to where a man was seated in the shop. Paramedics treated and stabilised the man on the scene before transporting him to hospital for further medical care. The police were on both scenes.

AfriForum may seek to have Juju declared bankrupt

Civil rights organisation AfriForum says it may have to have Julius Malema and the EFF declared bankrupt in an attempt to recover legal costs that they owe the organisation. It said on Sunday that it was still owed more than R400,000 by Malema and the EFF but that the sheriff of the court had only found assets worth R66,550 in the EFF’s head office in Johannesburg on November 9. “Malema also declared in public that he had no money to pay AfriForum. AfriForum obtained a warrant on November 1 to seize Malema and the EFF’s moving assets to pay off R337,758,68 that Malema in his personal capacity and the EFF as a party owed to AfriForum. This amount was the total of three cost orders that AfriForum had obtained against them since March 2017.

Load-shedding is back, says Eskom

Eskom announced it would be implementing stage 1 rotational load-shedding as of Sunday. The cuts would be from 12.15pm to 10pm. "Eskom has had to implement stage 1 load-shedding. Apologies for the inconvenience that this will cause," spokesperson Khulu Phasiwe said. "Customers are advised to keep checking their load-shedding schedules on the Eskom and their municipal websites, and to plan on the assumption that load-shedding will take place," the company said. It called on residents and businesses to use electricity sparingly during this time.

The bodies of two people were found inside a vehicle under water at the Unicor Dam in Evander earlier this week, Mpumalanga police said. The incident happened on Friday. "The discovery was made by the police diving unit from Secunda together with Delta 1 Rescue, a private-sector organisation, while they were training. In the process, they spotted a VW Citi Golf in the belly of the dam with two bodies inside," said Brigadier Leonard Hlathi. They retrieved the car, which was found to belong to Siyabonga Nkabi, who was reported as missing on July 4 2018 together with Precious Mtsweni. The police could not immediately confirm whether the bodies found in the vehicle were those of the missing two. An autopsy would determine the cause of death.
THEY THINK ORTEGA IS THE SPAWN OF SATIN A Nicaraguan citizen protests against President Daniel Ortega in Guatemala.
Image: Reuters/Jose Cabezas 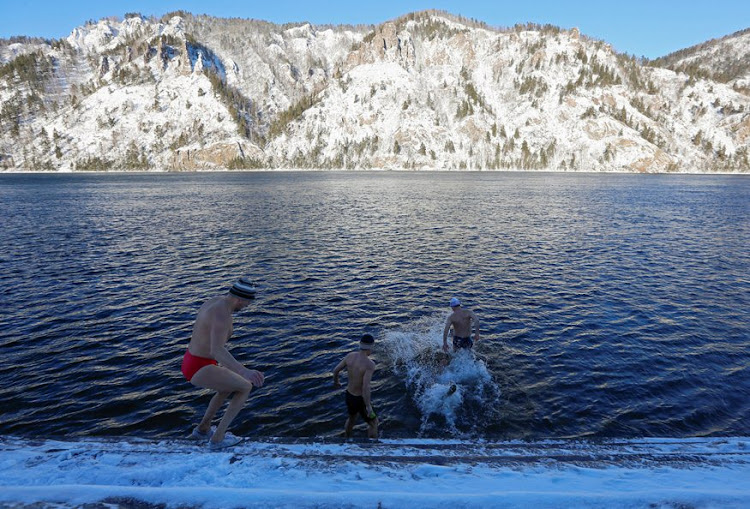 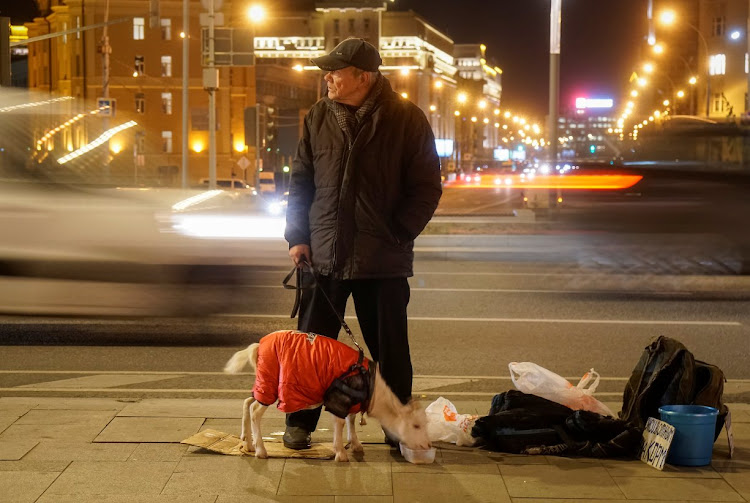 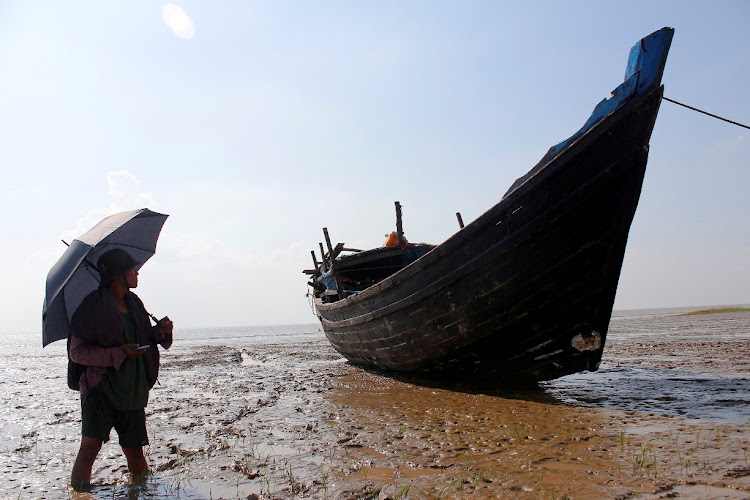 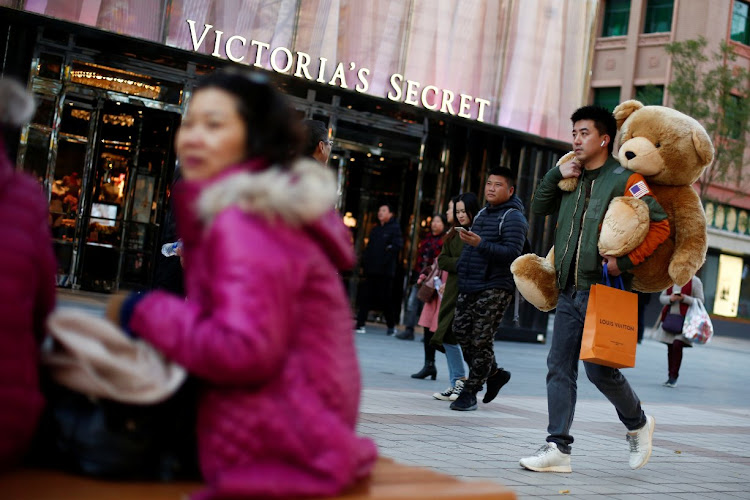 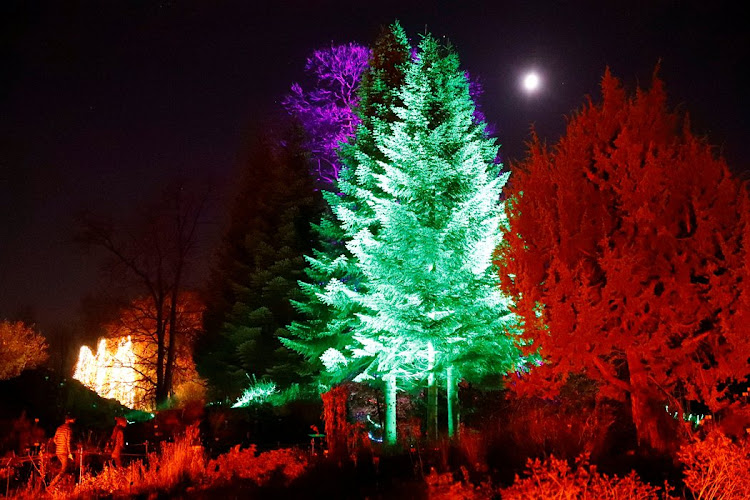 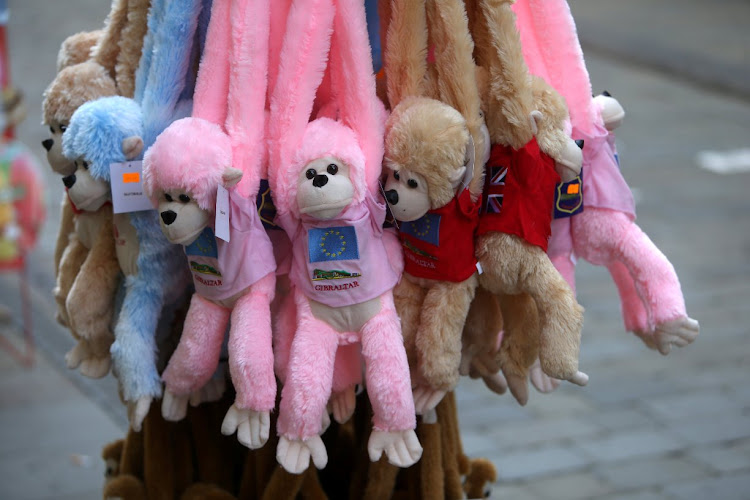 Is Theresa May’s stiff upper lip a strength or a weakness?

As the British PM fights for her career over Brexit, we take a look at what keeps her going despite everything

Nowhere to hide as Indonesia's gays face rein-in of terror

Amid all the tragedy, US fire victims still fight to save their pets

'Keep your back straight when lifting.' Turns out, that's rubbish advice

Khashoggi tape too grisly for Trump

US President Donald Trump says he has been fully briefed on an audio recording of journalist Jamal Khashoggi's murder but does not want to listen to it himself. ‘Because it's a suffering tape. It's a terrible tape,’ he said in an interview with Fox News Sunday that was conducted on Friday. ‘It was very violent, very vicious and terrible.’ - AFP

Bank to pay for its staff’s sex changes

Wall Street bank Goldman Sachs's London staff have been told that they can now have free sex-change surgery and fertility treatments in the latest step to encourage more women to stay with the firm. The move comes as the bank fights to change its reputation as a conservative old boys' club. It is understood that the new perks are aimed at helping ‘the whole issue of inclusiveness’ in the London office. - The Sunday Telegraph

A swimmer died after a rare suspected stingray attack off an Australian beach at the weekend. The 42-year-old's death came more than a decade after world-renowned ‘Crocodile Hunter’ Steve Irwin was killed when a stingray barb punctured his chest while he was filming on the famed Great Barrier Reef. The man was in the sea near Hobart when he ‘sustained a puncture wound to his lower abdomen ... possibly inflicted by a marine animal’, police said. He was brought onto the beach by friends but suffered a heart attack and was unable to be resuscitated. - AFP

Stolen Byzantine treasure is back home

One of the last missing pieces of Byzantine art stolen from Cyprus in the 1970s was handed back this week by renowned, and proud Dutch art investigator Arthur Brand. After getting a tip from a London art dealer, Brand travelled to Monaco in August. Through a series of intermediaries - including several in the underground world - Brand finally traced the missing mosaic of St Mark to a flat in the city-state. ‘It was in the possession of a British family, who bought the mosaic in good faith,’ Brand said. The treasure is worth about $11m. - AFP

A leading Australian bridal magazine has shut after being ditched by advertisers for refusing to feature same-sex couples, one year after the country changed its marriage laws. The Christian founders of ‘White’, Luke and Carla Burrell, said they did not feature gay weddings in their magazine as they had ‘no desire to create a social, political or legal war’. In a farewell blog on Saturday, the couple said they were targeted by activists because of their stance and forced to ‘pick a side. – AFP

For romantic tourists, it is a staple in Verona to visit the Gothic palazzo where Shakespeare imagined his Juliet to live … and leave sentimental notes or scrawl their names on the brick walls of the courtyard. Locals are losing patience with the practice as the graffiti, much of it in indelible ink, spreads to neighbouring properties. Business owners have written to Verona city council asking for more surveillance. It is not just graffiti that is a problem. A bronze statue of Juliet had to be removed because so many tourists had taken to rubbing its right breast for good luck. - The Sunday Telegraph
CURRENT PREOCCUPATION Waves splash at the seafront in Havana, Cuba.
Image: Reuters/Alexandre Meneghini

Heat on PIC to release details of unlisted investments

A newbie runner recounts the story of his first marathon

The hippies were right: LSD really does free your head

SPORTS DAY: Rassie on a roll after Murrayfield test

If Bafana don't beat Libya, it's Baxter to the drawing board

Blasts from the past: White Lightning blitzes 300th stick