Back story: How Gigaba was pushed

Hogan: Zuma shouted at me over Eskom CEO

With all the skulduggery being laid bare, his commission must be robustly protected against sabotage

Life may be improving for some, but it's certainly not a bed of roses if you're black, poor and a single parent

Can it! MPs want an end to captive lion breeding

Unless it’s a corpse, don’t put anything in the post

'I was raised to be suspicious of masculinity,' the documentary maker admits as he mulls future projects

Goodbye, Boyz, and thanks for all the grated hits

Beyond the platitudes, as Boyzone bow out they reveal the bleaker reality of life in a manufactured band

An SA student accused of trying to smuggle about R9m worth of US dollars in her luggage will only learn her fate in 2019. Fayrooz Saleh appeared in the Kempton Park Magistrate’s Court on Tuesday, where her court case was postponed to January 14. Her lawyer, Ori Moloi, had just left the country on an international trip, leaving his stand-in to request a postponement. Prosecutor Hleli Mcosini also told the court investigations in the matter were now complete but the trial could not proceed this year because witnesses were “not available in December”. Saleh was arrested at OR Tambo International Airport on September 11 as she was about to depart for Hong Kong. According to court documents‚ she was stopped by SARS officials who opened her luggage in her presence and found $630‚700 in cash (about R9m). When questioned‚ Saleh said she was heading to Hong Kong to buy goods. She has been granted bail of R20‚000.

Anyone can make a citizen's arrest, but with great power comes great responsibility. This was the warning from University of Pretoria criminal law expert Llewellyn Curlewis after Johannesburg mayor Herman Mashaba made his first citizen's arrest in the Johannesburg CBD on Monday. "You have to ask yourself if the arrest was the only way of getting that person into a court of law. Remember, an arrest is only a means of getting someone to court. There are other methods," Curlewis said. Mashaba arrested a man who was pushing a trolley filled with severed cow heads in the city centre. "Did he have to arrest him? Did he want to make a point? Was it a political gimmick?" Curlewis asked. Joburg Metro Police chief David Tembe said the man was arrested on the corner of Harrison and Smit streets. The cow heads were a health hazard.

VBS Mutual Bank to be liquidated

VBS Mutual Bank will be liquidated after an application by the Reserve Bank’s Prudential Authority was unopposed at the High Court in Pretoria on Tuesday. The bank was placed under curatorship in March after looting by executives led to a liquidity crisis. A damning Reserve Bank report by advocate Terry Motau and Werksmans Attorneys, released in October, detailed looting at VBS of nearly R2bn, and identified the role of political players from the ANC and EFF. In an affidavit to the high court in October, Prudential Authority CEO Kuben Naidoo said the bank was hopelessly insolvent. On Tuesday, a draft order was presented to the court that had been agreed to by all parties, and the ruling for the bank’s liquidation was handed down.

Convicted murderer and former Paralympian Oscar Pistorius was released from prison to attend a memorial service for his grandfather in Centurion on Tuesday morning. Pistorius arrived in a correctional services Toyota Corolla, accompanied by two correctional officials. Seated in the back of the car, Pistorius covered his face with his jacket when he spotted photographers. The service was held at the Kleinkaap Boutique Hotel. His 101-year-old grandfather, Hendrik Pistorius, died in October. Hendrik is survived by seven children‚ 23 grandchildren and 30 great-grandchildren. His wife‚ Gerti‚ died two years ago at 92.

Would you be willing to give your blood to watch Beyoncé, Jay-Z, Usher, Oprah and other celebrities who are headed to SA for the Global Citizen: Mandela 100 concert? The SA National Blood Service hopes so. To increase donations it has partnered with Global Citizen to allow young people who donate until November 22 to stand a chance of winning tickets to the December 2 concert. Donors stand to win two tickets each, flights to Johannesburg, accommodation, dinner and breakfast the following morning, and transfers to and from the concert. Blood service spokesperson Silungile Mlambo said there was an overall decline of 4% in donors under the age of 26 in 2018, but a 21% rise among people aged 31 to 40 and 25 to 30. While there was an overall 7% increase, reserves were still low with the high-demand festive season fast approaching.

The SA Post Office has again missed its self-imposed deadline to sort through its backlog from the two-week strike in July and still has about 7.8 million items to dispatch to catch up. CEO Mark Barnes has previously said the Post Office would get back to normal at the end of September and then again at the end of October. Barnes now says the end of November is the new deadline. During the strike and one-week go-slow before that, the Post Office accumulated a backlog of 38 million parcels and letters. About 1 million new items come in for processing every day. Barnes said it had taken longer than expected to clear the backlog because of the increased volumes towards the end of the year due to the festive season, and increased volumes owing to increased internet postage. Unpaid bills had also led to problems with availability of equipment, such as letter-sorting machines and vehicles.
GOTTA CATCH ‘EM ALL Taiwanese ‘Pokemon grandpa’ poses with his bicycle as he plays Pokemon Go in New Taipei City.
Image: Reuters/Tyrone Siu

Stan Lee, who dreamed up Spider-Man, Iron Man, the Hulk and many other Marvel Comics superheroes, died at the age of 95 on November 12. Fans took to social media to share beautiful Marvel-inspired memes in his honour. 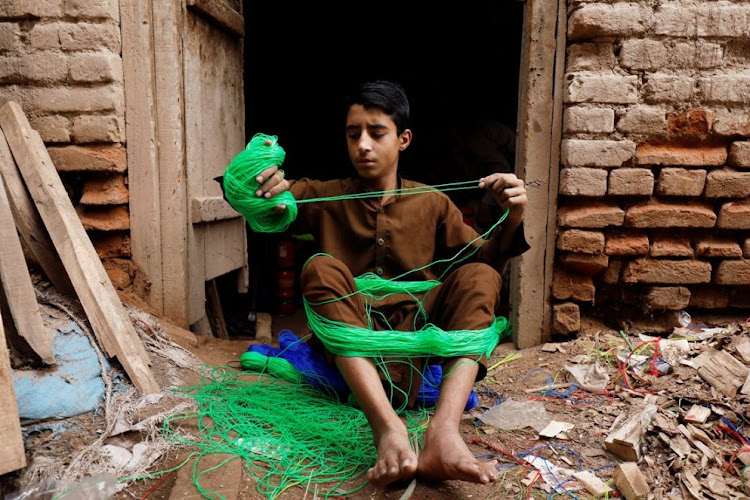 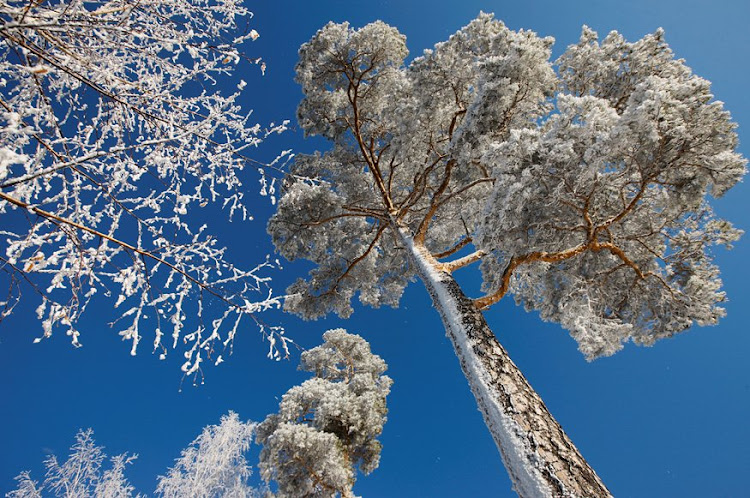 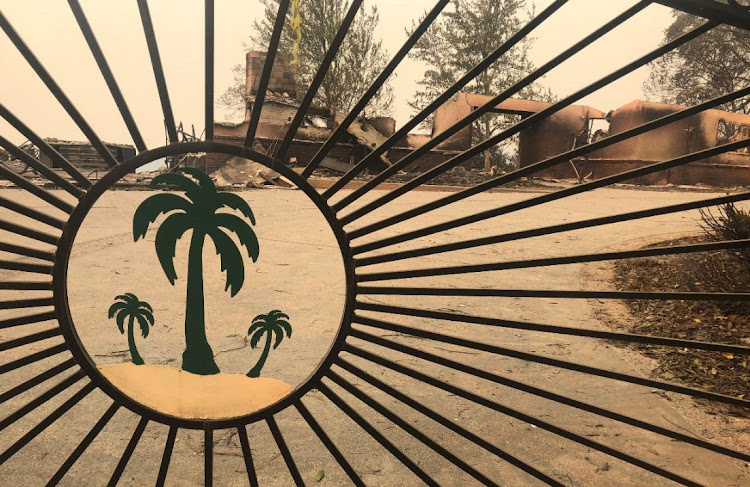 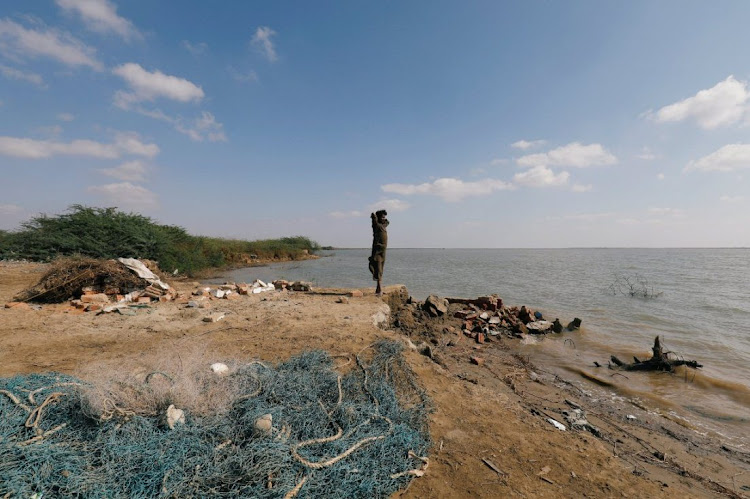 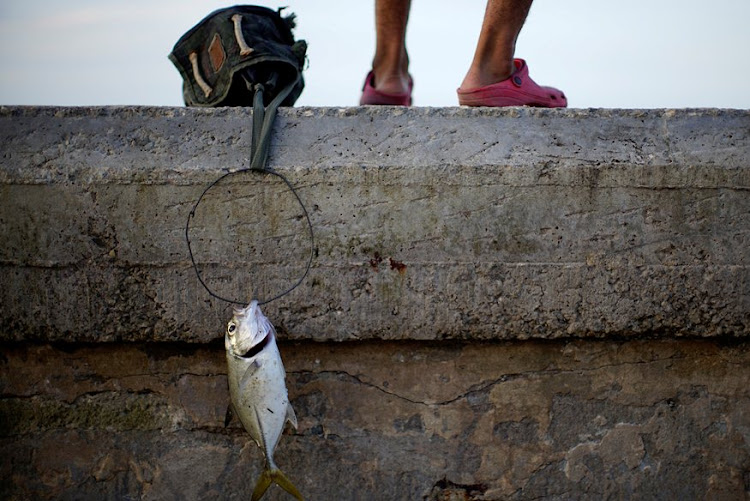 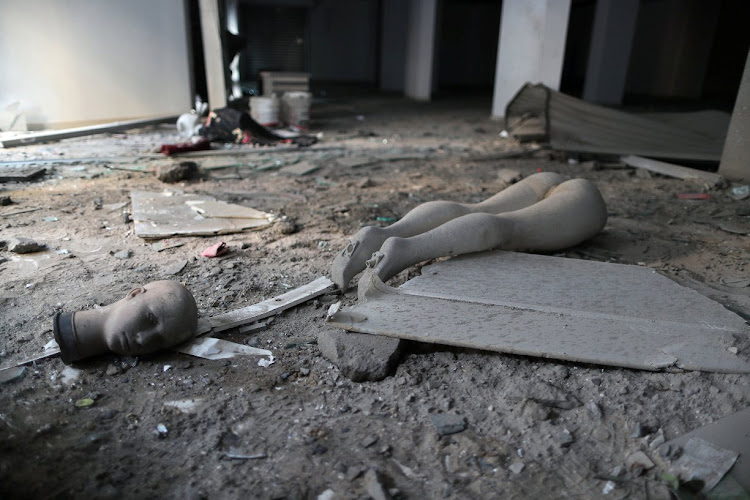 No hugs for the king of drugs: US gets severe with El Chapo

Band uses fake fanbase to land big tour attended by ... no one

A baby is critically ill after being delivered by an emergency c-section after his pregnant mother was killed in a crossbow attack in her east London home. Sana Muhammad, 35, was eight months pregnant at the time of the attack. The crossbow bolt reportedly missed the baby by centimetres, and he was safely delivered by paramedics. A man, 50, has been charged with murder. – The Daily Telegraph

Finnish boxer Mira Potkonen said she would train indoors to avoid Delhi's smog as other athletes in the city for the world championships fret about their health. Potkonen said competitors would ‘just need to adjust’ to life in the world’s most polluted major city, adding Finland had ‘the cleanest air in the world’. Air pollution in the city soars during winter. Others have criticised the decision to hold the women’s championships in Delhi during winter. – AFP

British police arrested a thief whose case went viral because of his uncanny resemblance to ‘Friends’ star David Schwimmer. Police last month asked the public to identify a man who stole beer from a shop. They quickly found their Facebook feed inundated with replies to the image of the man, who resembled the star. Police reassured the public that Schwimmer had a solid alibi. But Schwimmer decided he would provide some hard evidence, posting a video showing him in a store ... carrying off a crate of beers. ‘Officers, I swear it wasn't me,’ he quipped. – AFP

Gabon gets feverish over president’s health

A Gabonese opposition party has accused the government of lying about the health of President Ali Bongo after he was hospitalised in Saudi Arabia nearly three weeks ago for ‘severe fatigue’. Bongo’s condition has now ‘greatly improved’, and he is ‘recovering most of his functions’, said his spokesperson. Opposition party National Union said the government statements were completely contradictory, and called on the prime minister to fly to Saudi to meet Bongo. A source said Bongo had a stroke. – AFP

Twelve migrants of unconfirmed nationality reached the English coast after crossing the Channel in a stolen French fishing boat. French agents monitoring the coastline alerted their British counterparts after seeing a boat taking a ‘bizarre’ route between 9.30pm and midnight. Officials identified the boat and contacted its owner, who said the vessel had been. Agents intercepted the migrants on land. – AFP

Do you not see I’m not a Nazi?

A German man, 94, accused of assisting in the murder of hundreds at a Nazi concentration camp told a court he had never been a Nazi and he was not indifferent to the suffering of inmates. The accused was a guard in the SS and faces a prison sentence of up to 10 years. Prosecutors argue he facilitated killings between 1942 and 1944, when he served in a camp near Gdansk. About 65,000 people, including many Jews, were murdered or died there. – Reuters
PISSING ON THE RIGHT TO SELF-DETERMINATION? The Israeli city of Ashkelon as an Iron Dome anti-missile fires near the Israel-Gaza border.
Image: Reuters/ Amir Cohen

HomeChoice: Are we talking Maltese cross-purposes?

Curious case of a highly successful retailer with a most peculiar corporate structure. Buy it if you dare

Richemont: Why does this man not report to his boss?

Chief financial officer bypasses CEO and answers directly to the board. This is odd, but there are reasons

Talk in fashionable circles is that Brait needs a New Look

Love is zol you need: Pip-pip and all that to hemp seeds

Having a high old time with the latest health food fad

There are cool offshore winds a-blowin’ in Parktown North

‘I opened the wine bar I always wanted, like the wine bars I drink in overseas,’ says owner James Diack

Blissful nights in the sleepless cities of your imagination

Travel through the eyes of an insomniac: the 10 best cities to stay awake all night for

SPORTS DAY: No Faf, no fuss for Springboks ... hopefully

It’s always a hoot for spectators, but the Nedbank Golf Challenge needs to get out of the austerity trap

Blasts from the past: 1st home Test wicket for SA in 22 years