Let expelled students study – but they need to ...

But, given the arrogance of the Fees Must Fall protesters, I am not optimistic this will happen

How I went from teaching English to a Brazilian jail hell

Family bust for huge dagga farm gets a big breather

Beware! Your property could be a secret drug lab

Flyfishers scale up fight with minister over ‘unlawful’ trout move

Group goes to court, saying Molewa didn't follow the act in listing trout and other species as invasive

Woman searching for missing uncle finds joy for others instead

Relief eludes family looking for Oom Jollie, but his niece's tireless efforts have reunited others with their loved ones

It's land now. Will it end with the death penalty? 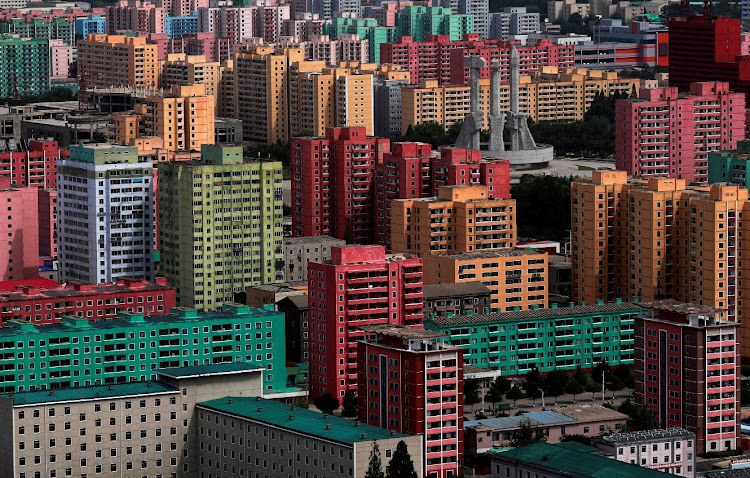 Mabuza does not ‘agree’ economy is in recession

Deputy President David "DD" Mabuza does not "agree" that the economy is in a technical recession. Mabuza made the assertion in the National Assembly during oral question time with MPs on Wednesday. This is despite Statistics SA reporting last week that the economy had entered its first technical recession in nine years. But SA’s number two begged to differ‚ saying there had not been "a very comprehensive" assessment. "As a country‚ we've noticed the current decline. I don't probably agree with those who are saying we are in technical recession‚" said Mabuza. He said while the economy was refusing to grow‚ it had not entered a recession. Mabuza also dismissed suggestions from DA and Cope MPs that "irrational" policies such as land expropriation without compensation and the nationalisation of the SA Reserve Bank were to blame for the poor state of the economy.

An SA man is facing a murder charge in Perth‚ Australia‚ after allegedly beating his wife to death and burying her body in their garden. Ahmed Dawood Seedat‚ 36‚ originally from Ladysmith in KwaZulu-Natal‚ was arrested last Wednesday and made a brief appearance in court. He was remanded in custody. Australia’s Channel 9 reported that Seedat’s wife‚ 32-year-old Fahima Yusuf‚ was found buried near the patio of the family home in the suburb of Carlisle. Forensic police teemed at the home where police allege Yusuf was killed several days before. A wheel spanner‚ the alleged murder weapon‚ was found in a bin at the home. Ladysmith resident Mohammed Seedat‚ a distant cousin‚ said the man spent his formative years in the central KZN town.

There are not enough inspectors to check the food sold by spaza shops in parts of Gauteng. That was the message conveyed to the South African Human Rights Commission on Wednesday during the first of a two-day inquiry into claims that foreign shop owners were selling counterfeit or expired food. Jerry Chaka from the Ekurhuleni municipality said samples of questionable food‚ confiscated during an inspection in the Tembisa area a week ago‚ had been sent to the National Health Laboratory Services, but it takes three to four weeks to get test results. He said they had 112 staff members for a population of two million and that 320 health inspectors would be needed to “accommodate the population”. Peter Manganye from the City of Johannesburg also blamed a lack of staff for the lack of thorough and regular inspections. The inquiry continues on Thursday.

Women are the safest drivers in SA and‚ believe it or not‚ the best drivers in the country live in Cape Town. This‚ according to Discovery Vitality CEO Dr Craig Nossel‚ is based on data that considered three years of driving statistics from the medical aid providers’ members in Bloemfontein‚ Durban‚ Cape Town‚ Johannesburg‚ Port Elizabeth and Pretoria. “The data is adjusted based on the population size of the city … and considers braking‚ cornering and acceleration‚ as well as phone use‚ speeding and night driving‚” said Nossel. Durbanites needed urgent intervention‚ coming last overall in the “Road to a Healthier South Africa 2018” survey. Capetonians seemed to have the edge because they use their phones the least‚ compared with drivers in other cities. The safest drivers were found to be women in the 66+ age group. Young men‚ 18 to 25‚ came in last.

KZN MEC goes to court to get municipalities in line

Heads must roll and money must be recovered. That’s the word from parliament's portfolio committee on arts and culture, which has ordered a probe into an unfinished cultural village being built at Zulu King Goodwill Zwelithini’s Enyokeni Palace. The king's pet project has been plagued by cost overruns that would have ended up with a R1bn price tag if completed. The committee recommended that law enforcement agencies use a report by Gobodo Forensic and Investigative Accounting to launch an extensive investigation into the project, which was suspended in 2016. Apart from two events, the venue is largely unused. Chair Xoliswa Tom said the committee recommended that law enforcement agencies “must look into the matter”, including the possibility of recovering undue money paid to contractors. The committee has also recommended that internal disciplinary measures be instituted by the department against officials found to be in the wrong.

Tshwane mayor Solly Msimanga clashed with a ‘drunk’ man on September 11 during his tour of the Johannesburg CBD. 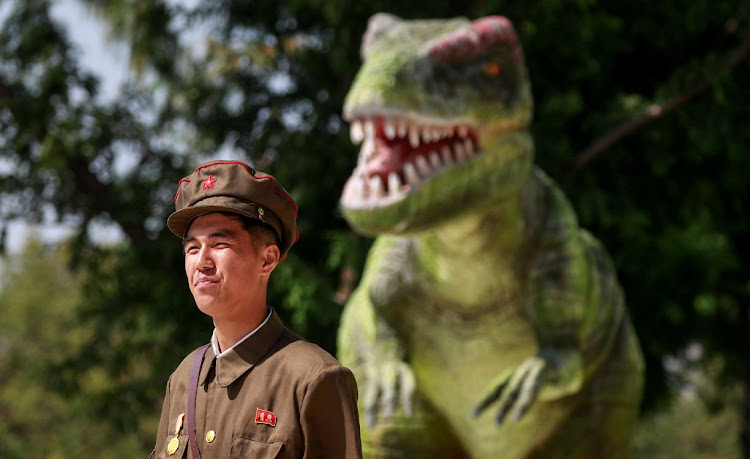 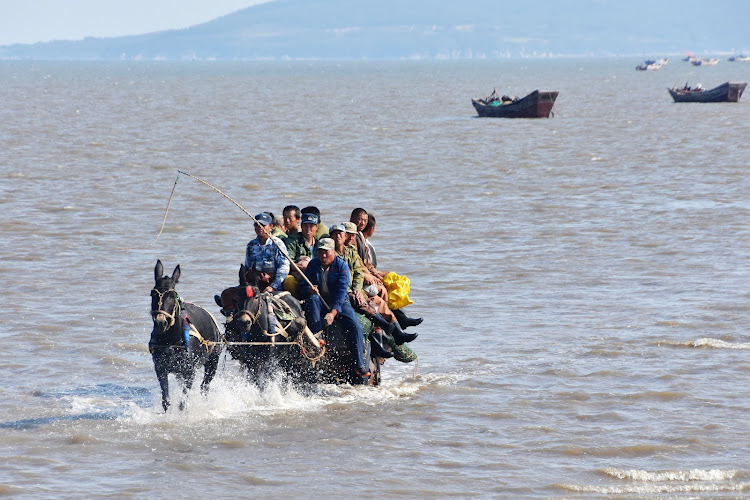 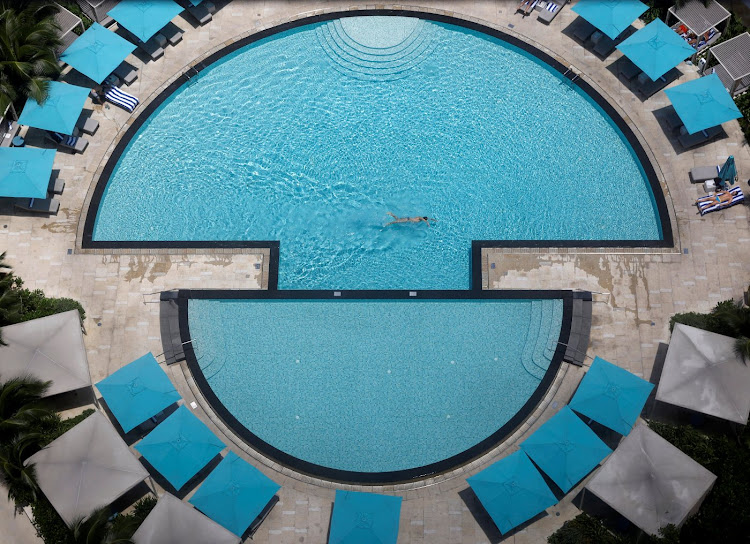 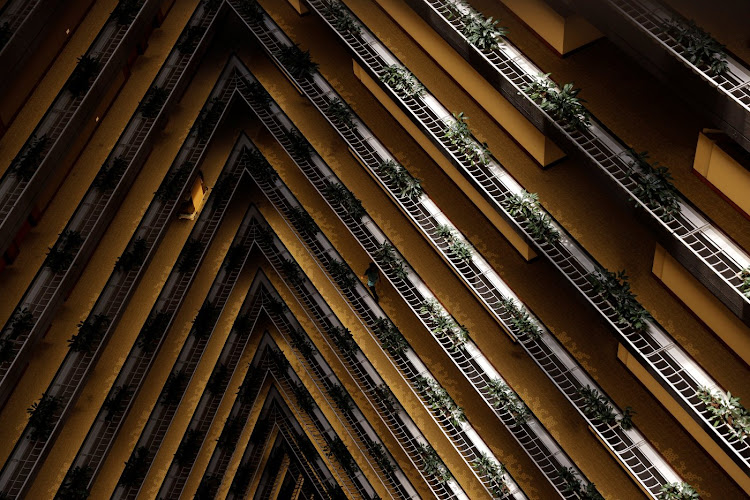 Yoko Oh-no: It really wasn't me who split the Beatles, says McCartney

It was Lennon who did the dirties, but Paul still can't help feeling guilty

According to scientists, there isn’t that much of a difference between these little people and apes

No wonder Mark Wahlberg starts his workout with a prayer

He's up at 2.30am for the first of two gruelling 90-minute sessions, followed by a round of golf - naturally 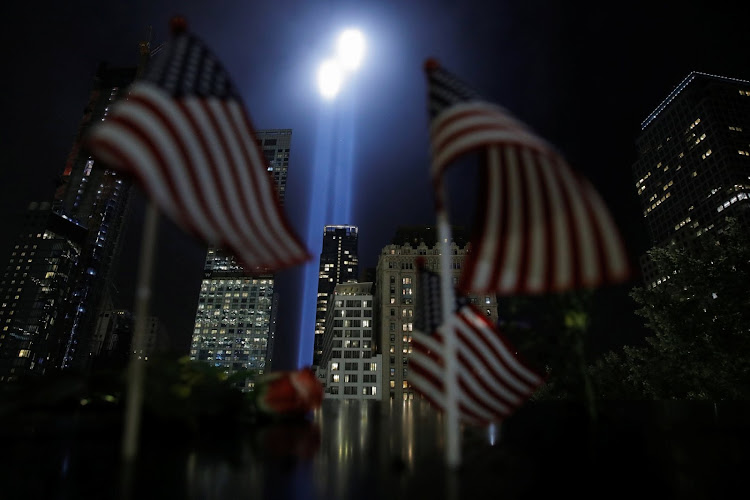 REMAIN IN LIGHT The Tribute in Light installation is illuminated over lower Manhattan marking the 17th anniversary of the 9/11 attacks.
Image: Reuters/Andrew Kelly

Six people were detained in northern France this week over a string of attacks on butcher and fish shops by vegan activists. Nine businesses in Lille, including a cheese shop and a McDonald’s, were targeted, their windows broken and anti-meat slogans painted on walls. Often the graffiti included the phrase ‘Stop Speciesism’, a term used by animal rights activists to suggest that people who eat meat are behaving immorally against other species. French butchers have written to the interior ministry after several shops were vandalised, often splashed with fake blood. Tensions flared last week when farmers and shop owners threatened to protest a planned vegan festival in the northern city of Calais with a giant braai. — AFP

Another kick in the nuts for airlines

Sri Lanka’s national airline said on Wednesday it has stopped serving cashews after the country’s president flew into a rage over nuts served to him on a flight to Colombo. ‘Returning from Kathmandu, I was served some cashews on board a SriLankan flight, but it was so bad even a dog wouldn’t eat it,’ said Maithripala Sirisena. The airline said it has responded by clearing its stock of cashews — only served in business class — and would change its Dubai-based supplier. This is not the first time that airline nuts have prompted outrage. In 2014 a South Korean heiress famously ordered a Korean Air plane back to its gate to eject a cabin crew member after she was served nuts still in their packet. — AFP

Porky Brits pile into the pies and hooch

The UK is now the third fattest nation in Europe – fuelled by its boozy lifestyles, the World Health Organisation has warned. Research on 53 countries found Britain among the ‘world champions’ for alcohol consumption. The WHO said the trends were ‘alarming’ and threatened to cut short the lives of generations growing up on a diet of junk food and alcohol. The study of 900 million people found that only Malta and Turkey have higher levels of obesity than Britain. On average, Britons drink 10.7 litres of pure alcohol a year, compared with a European average of 8.6. In total, 27.8% of all adults are obese, the international study shows, while 63.7% are classed as overweight or obese. — © The Daily Telegraph

OK, now try this stunt at the Bree Street rank

Kosovo police have started using drones to catch drivers who do not respect traffic signs. Since January the small Balkan country has introduced a new law that imposes heavy fines. Two police officers launched a black and white drone just outside the capital Pristina where after few minutes they filmed a driver overtaking another car over a full white line on a bridge. The driver looked confused when a policeman approached with an iPad to show him the video from the drone. A driver who commits such an offence must pay a fine of up to à300, has his licence confiscated for six months and loses two out of nine driving licence points. The average monthly gross salary in Kosovo is around à500. — Reuters

What’s with this burning desire by posh brands?

Luxury brands have drawn unwanted attention over their environmental credentials after Burberry disclosed that the value of unsold goods it burned reached a new high last year — a practice long associated with premium brands keen to keep discounting to a minimum. Reporting results on Wednesday, Hermes said its products were occasionally destroyed, though the group avoids this as much as possible by recycling. Hermes said operating margins reached a first-half record at the start of 2018 as resilient demand in China also helped the luxury handbag maker and most of its major rivals such as Louis Vuitton and Gucci lift profits. — Reuters

She may be young, but she made her stand

A nine-year-old schoolgirl sparked intense debate in Australia on Wednesday after refusing to stand for the national anthem to protest alleged institutional racism. Harper Nielsen was given detention last week for not joining classmates in a rendition of ‘Advance Australia Fair’, a song she says ignores the nation's indigenous people. Harper said she arrived at the decision to protest herself, but had discussed the issue with her parents. – The Daily Telegraph

Discovery’s new bank: Gore’s plan all along, you can bet

First he split from the FNB mothership, and now he’s competing head-on ... and it sure isn’t just opportunism

Cracking good, Quantum, but investors don’t give a cluck

Headline earnings look great at chicken and egg producer, but the market doesn’t really rate it

Pah to the patriarchy, just give me back my own name

Take us to bed anytime, as long as the linen’s nice

The first in a jam-packed season of international style

Feet may be in his mouth, but his heart’s in the right place

So give Bafana coach Stuart Baxter a break, and if he fails it will be his own sword he will eventually fall on

Blasts from the past: The Tank rolls over Jimmy Richards