Experts warn Eskom strike should not be taken lightly

'Our mosque has been defiled and we are deeply traumatised'

Gordhan vs Moyane - and it’s going to be brutal

Have you herd? Divided ellies may finally reunite

The guardians of the Earth are gathering in Cape Town

More power to you: the energy struggle just got easier

Ask not for whom the horn blows

It's a hard lesson to learn, but you'll be far happier when you do: It really isn't all about you

Balls to all this nonsense, I’m going to watch the cricket

Whoever said football is the beautiful game? 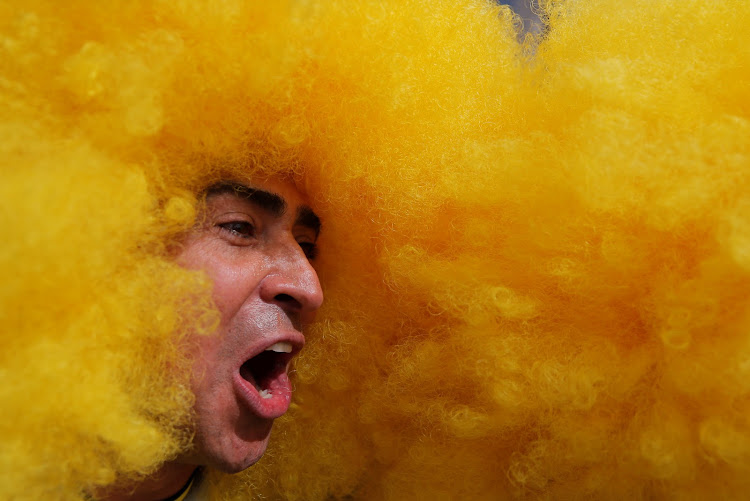 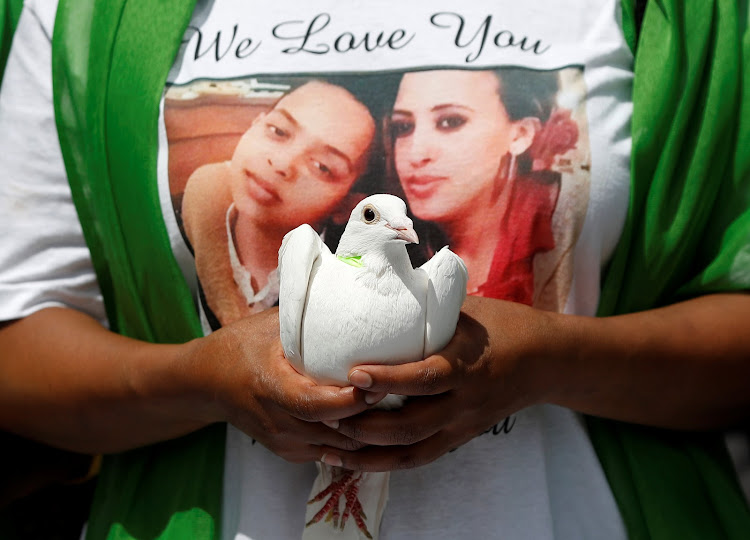 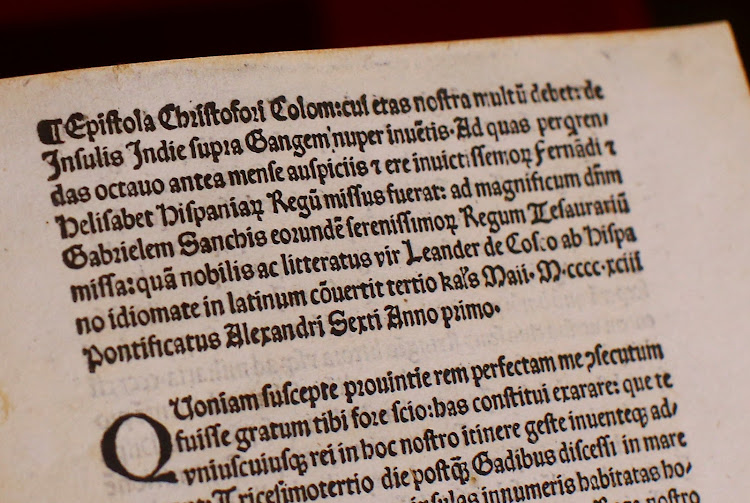 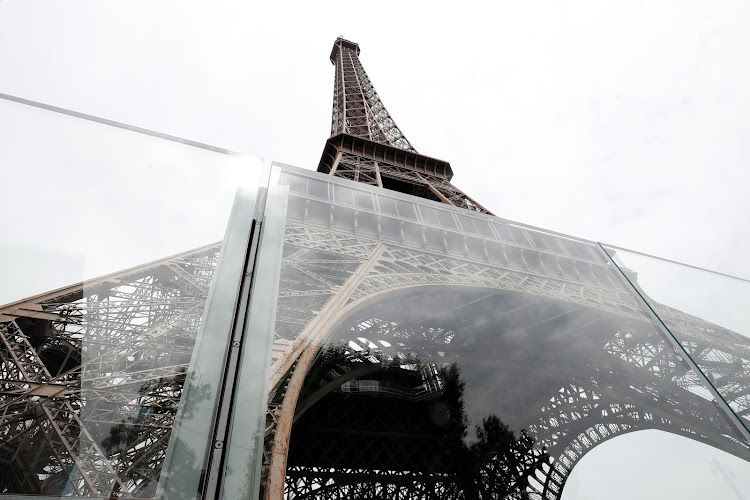 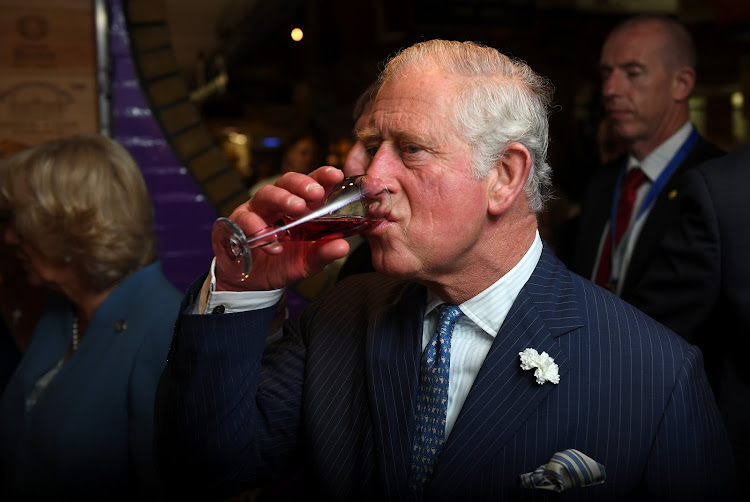 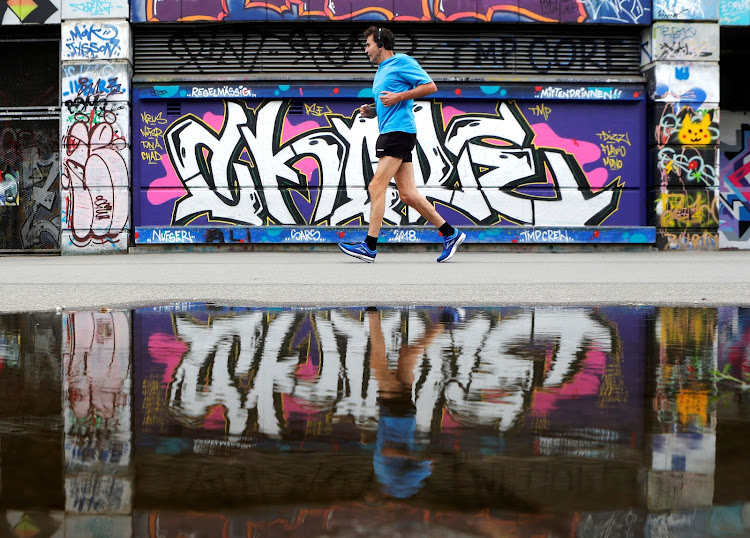 Sussex punch The Duchess of Sussex joins Queen Elizabeth II for the first time on an engagement as they visit the Storyhouse in Chester, England on Thursday.
Image: Phil Noble/Pool/Reuters

The ANC in Johannesburg has met the city’s lawyers to reach an amicable solution after mayor Herman Mashaba announced that property worth R300,000 would be seized from Luthuli House if the governing party did not pay what it owed the city. Mashaba said on Monday a writ of execution against the ANC had been obtained after it failed to pay R300,000 in legal fees. Mashaba said that should the ANC fail to honour the payment by this Friday, property would be seized from the party’s national headquarters in Johannesburg by the sheriff of the high court. ANC Johannesburg caucus spokesman Jolidee Matongo said the party only recently learnt that it was required to provide Johannesburg’s lawyers with a settlement proposal on or before June 15. This was communicated to the ANC by the city this past Tuesday‚ which led to a meeting with Johannesburg’s lawyers.

The Constitutional Court has confirmed that a section of the Criminal Procedure Act which imposes a 20-year limit on prosecution for sexual assault is unconstitutional. Until this judgment, only rape survivors had been able to lay criminal charges after the 20-year limit. Eight victims of child molestation‚ allegedly perpetrated by the late stockbroker Sidney Frankel‚ attempted to lay criminal charges against him in 2015. The Directorate of Public Prosecutions in Gauteng declined to prosecute because of the time limit. The so-called Frankel 8 then successfully had Section 18 of the Criminal Procedure Act declared unconstitutional by the High Court in Johannesburg in June 2017. They then asked the Constitutional Court to confirm the lower court's order. In a unanimous judgment on Thursday the Constitutional Court confirmed that Section 18 was irrational and arbitrary‚ and therefore unconstitutional.

Poo protester Loyiso Nkohla is knee-deep in trouble after the City of Cape Town placed him on “preliminary suspension” this week. This followed an altercation between Nkohla, the council's head of community liaison, and Anda Ntsodo‚ the mayoral committee member for community services‚ over a housing development in Site C‚ Khayelitsha. The former Ses’Khona leader‚ infamous for flinging faeces in a protest at Cape Town International Airport‚ then took to Facebook and accused Ntsodo of being a traitor. TimesLIVE has seen the “notification of provisional suspension” letter sent by the city to Nkohla on Tuesday. Nkohla was instructed to make representations to Craig Kesson‚ a director in mayor Patricia de Lille’s office‚ by 1pm on Thursday.

ANC chief whip Jackson Mthembu has weighed in on the controversy surrounding the public protector‚ saying those seeking her removal will have to prove her incompetence. Speaking to journalists in parliament on the performance of the ANC caucus in the past six months‚ he questioned the wisdom of those pursuing the ousting of Busisiwe Mkhwebane on the basis of several of her reports that had been overturned by the courts. Mthembu's argument was also advanced by ANC MPs on Wednesday during a meeting of the portfolio committee on justice following a presentation by DA chief whip John Steenhuisen in which he motivated why an inquiry into Mkhwebane's fitness to hold office should be urgently instituted. "Anyone who says the public protector is no longer fit needs to prove to all of us that the public protector is incompetent‚ that the public protector‚ through evidence‚ is unable to run that office‚" said Mthembu.

Former SABC COO Hlaudi Motsoeneng said on Thursday he stood by a statement he made at a media briefing in April 2017 which ultimately led to his dismissal. Motsoeneng was at the Commission for Conciliation‚ Mediation and Arbitration (CCMA)‚ challenging his dismissal from the SABC. He was dismissed in June 2017 after being found guilty of bringing the broadcaster into disrepute following a media conference he called earlier on April 19. When asked whether he agreed with a statement by the disciplinary committee chair‚ advocate Nazeer Cassim SC‚ that the briefing was designed to boost his ego‚ Motsoeneng disagreed. "I stand by my statement. I want to repeat: there is one Hlaudi in South Africa. I am unique. There cannot be another one. There is nothing wrong about that statement‚" Motsoeneng said. He said he had been responding to malicious allegations against him. The hearing continues.

Rats but no beds in public hospitals: DA

Rats feeding on corpses‚ patients sleeping on the floor and mothers sharing a bed in maternity wards‚ are some of the gruesome discoveries the Democratic Alliance has made in some public hospitals around the country. These chilling revelations regarding the state of the healthcare system were made by the DA’s provincial shadow ministers of health during an oversight inspection of public hospitals and clinics as part of its “#HospitalHealthCheck” campaign. KwaZulu-Natal shadow MEC for health, Dr Imran Keeka, said: "The infrastructure is collapsing. We've heard stories of rats feeding on a corpse in one of the hospitals.” Similar accounts were made by provincial shadow ministers in Limpopo, Gauteng and North West.

'This is a nightmare': forced sterilisation claim rocks Brazil

Homeless, drug-addicted mother was 'mutilated' without her consent, say activists

No smoke without ire for badminton player

A Malaysian badminton player has been heavily fined for smoking during a tournament, officials said, the latest untoward incident to hit the sport in the country. Iskandar Zulkarnain Zainuddin was fined 50% of his monthly allowance for lighting up in his hotel room at last month’s Thomas Cup in Bangkok, where Malaysia crashed out in the quarter-finals. Malaysian players are forbidden from gambling or smoking. He also had to pay the hotel’s fine of 3,000 baht ($90) for violating its no-smoking rules, Malaysian reports said. The Badminton Association of Malaysia’s disciplinary committee said all players will now undergo nicotine testing “from time to time” - AFP

Donald Trump has hit back at Robert de Niro, calling him a "very low-IQ individual" after the Oscar-winning actor's expletive-laden attack on the US president on live television. Two days after De Niro's outburst on the stage of the Tony Awards ceremony in New York, Trump said he had watched the clip "and (I) truly believe he may be punch drunk". De Niro twice used the F-bomb against Trump on Sunday at Radio City Music Hall. The “Raging Bull” actor took the stage to introduce rocker Bruce Springsteen, and without any preamble, said, "I'm gonna say one thing. F*** Trump". With the audience of theatre actors, directors and producers shrieking and rising to their feet in applause, De Niro said: "It's no longer down with Trump. It's f--- Trump." He did not elaborate on his comment. - The Daily Telegraph

US prosecutors have launched a probe to determine whether film star Sylvester Stallone should be charged in connection with a sexual assault reported last year, a spokesman said on Wednesday. A case was presented by the Santa Monica Police Department, Greg Risling of the Los Angeles District Attorney’s office said. The case involves a woman who reported last November that the 71-year-old actor had assaulted her in 1990. Risling declined to provide more details about the alleged assault or to clarify whether California’s 10-year statute of limitations applies in the case. Police in Santa Monica and Stallone’s attorney, Martin Singer, could also not be reached for comment. - AFP

Columbus lost in translation for 500 years

A 525-year-old copy of a letter by Christopher Columbus that was stolen from the Vatican was returned on Thursday after sleuthing by US Homeland Security agents and Holy See antiquity experts. While at sea returning to Europe in February, 1493, four months after discovering the New World, Columbus wrote to Spain’s monarchs describing what he had found. The letter was in Spanish, but a Latin translation was printed in several copies, which were used to spread the news to the royal courts of Europe and the papacy. One of the Latin letters, the Columbus Letter, found its way into the Vatican Library. Investigators concluded that someone took it out of its binding and replaced it with a forgery so good that no one noticed. The authentic letter had been sold to a New York book dealer and ended up with the late US collector David Parsons, whose widow agreed to return it to the Vatican Library. - Reuters

Aussies cop it for Nazi business in the desert

Australian soldiers who flew a Nazi swastika flag over their Jeep in Afghanistan more than a decade ago were “wrong” and punished at the time, Australia’s prime minister said on Thursday, after a picture of the incident emerged. The flag was “briefly raised” above the vehicle in Afghanistan in 2007, Australia’s defence department said. It was clearly visible in a photo published by the Australian Broadcasting Corporation. Prime Minister Malcolm Turnbull did not specifying the punishment. Australia, a US ally, has had troops in Afghanistan for 17 years fighting against the Taliban and other Islamist militants. Their behaviour between 2005 and 2016, including accusations that they used illegal force and showed a disregard for human life during missions, is being investigated by defence authorities. - Reuters

It speaks two languages, gives maths lessons, tells jokes and interacts with children through the tablet screen in its chest - China’s latest robot is the babysitter every parent needs. The iPal, unveiled at the Consumer Electronics Show Asia in Shanghai this week, offers education and company for lonely children and peace of mind for adults. The humanoid device stands as tall as a five-year-old, moves and dances on wheels and its eyes keep track of its charges through facial recognition technology. Parents can also remotely talk to and monitor the children through the iPal, which is linked to a smartphone app that allows them to see and hear everything. The idea, said developers AvatarMind Robot Technology, was the created “a companion for children”. - AFP

Too many offices, too little housing ... here’s a solution

Surely it is time to convert a large chunk of B- and C-grade offices into residential flats?

Not chickenfeed: Astral forks out R1.1m for its chairman

It would take a brave toe to dip into property, but why not?

Growthpoint lays out the surprisingly firm lie of the land

Plonk him on the couch and join him for some bonding

Where to watch the cricket, er, football this weekend

Three in Cape Town, three in Joeys. Go for it, Tiger

At just 17, Bafana newbie Lyle Foster is on the up and up

Along with Luther Singh, Ryan Moon and Phakamani Mahlambi, he is the future of striking for South Africa

Blasts from the past: Bafana edge closer to World Cup 1998