Outburst leaves lawyer 'gobsmacked', delivers yet another blow to the family of murdered Gabriella Alban

Susan Rohde behaved 'out of character' before death

She took up smoking and started drinking more in the months before she died, forensic psychiatrist tells murder trial

What is the 'third force' behind South Coast's dry taps?

While a striking union is the most obvious culprit, a closer look reveals there might be more sinister elements at work

She silenced her critics and dragged UP into the new SA

It may feel nice, but it is dangerous - and especially when the wrong people decide what we must be unified about

Are you hip or ho-hum? Find out here

When do hipster things lose their coolness and enter the mainstream? Actually, science has an answer 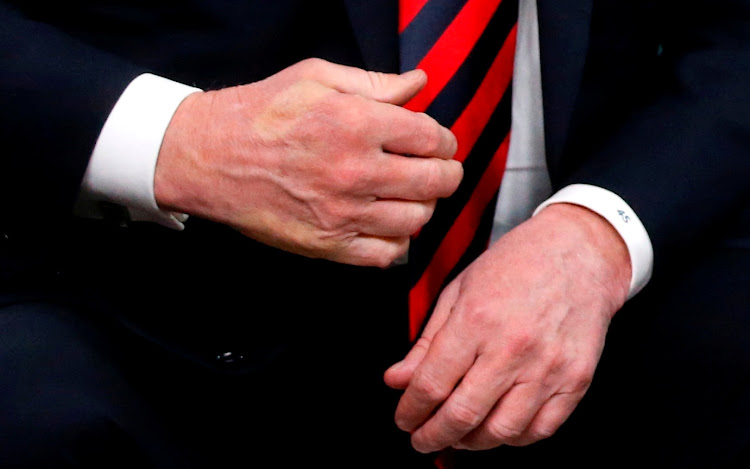 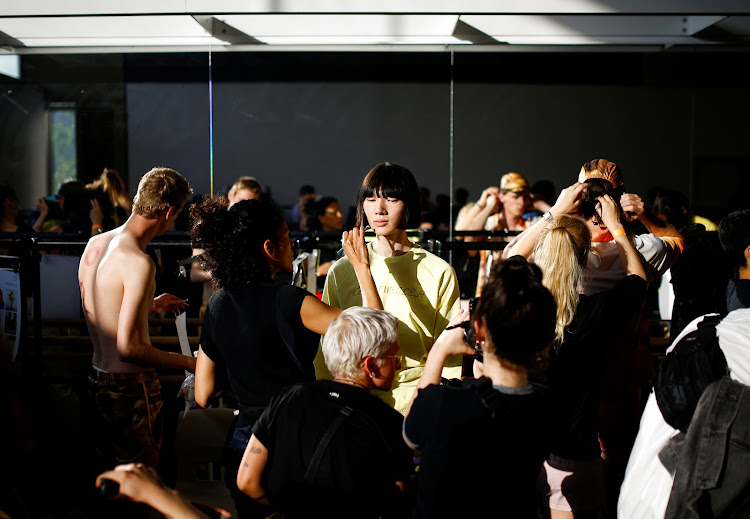 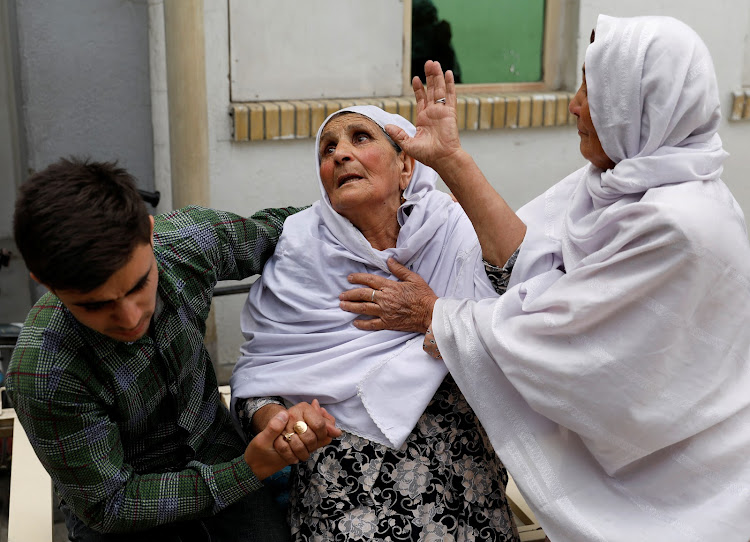 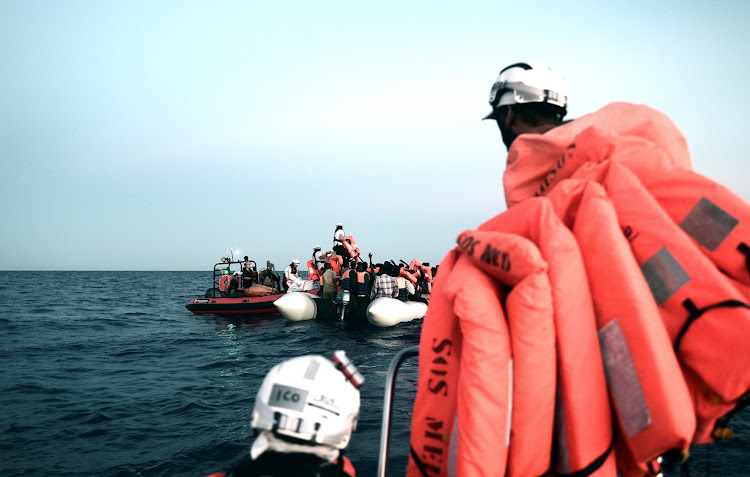 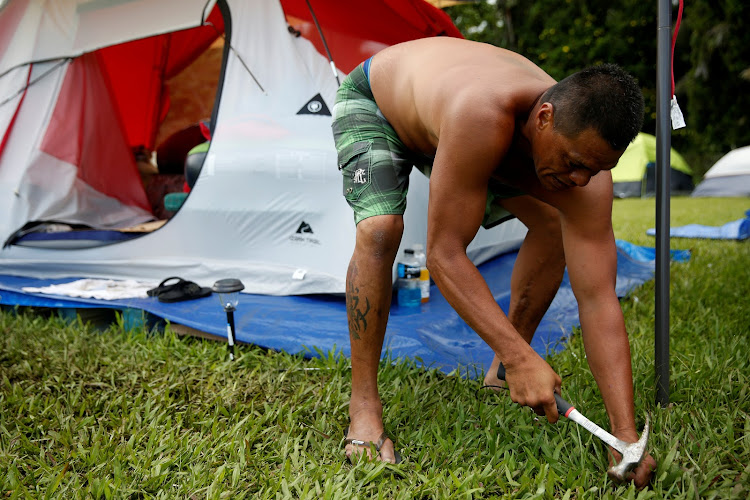 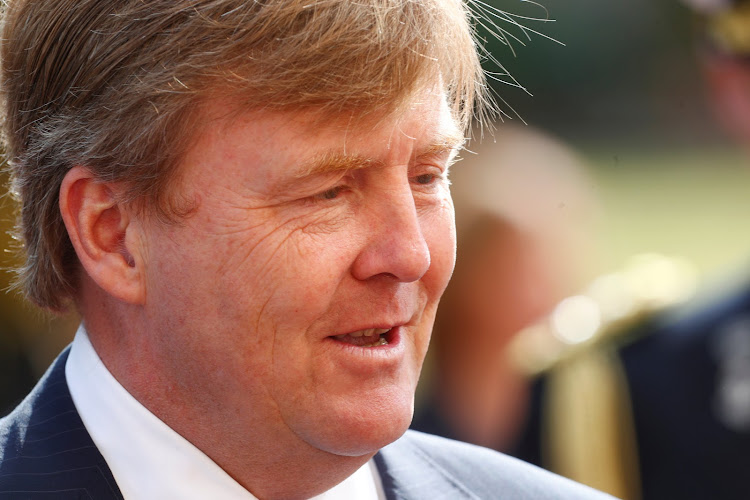 Skop of the desert A Saudi boy plays football with a young camel as excitement mounts for the Fifa World Cup in Russia.
Image: Mohamed Al Hwaity/Reuters

The City of Johannesburg has threatened to seize property worth R300‚000 at the ANC headquarters‚ Luthuli House‚ in Johannesburg if the ruling party does not pay back money it owes to the city. Johannesburg mayor Herman Mashaba said on Monday afternoon that the council had obtained a writ of execution against the ANC after it failed to pay R300‚000 in legal fees. The ANC had until Friday to pay or the property would be seized. “The days of the ANC being able to abuse public money in the City of Johannesburg are over and we will not hesitate to execute this court order should the ANC fail to make payment by Friday,” said Mashaba.

Nelson Mandela Bay emergency officials were on Monday investigating the scene of a light plane crash in the Baakens Valley. According to eyewitnesses‚ the plane crashed at about 2.15pm. Emergency Medical Services head in Nelson Mandela Bay‚ Brenhan Metune‚ confirmed the accident but said it was difficult to access the crash site. One woman described seeing the aircraft flying low before crashing into cliffs along the Baakens Valley near the block of flats where she lives. Another resident‚ on the Park Drive side of Baakens Valley‚ said: “I saw a large white shape pass my window out of the corner of my eye and then heard the crash. It glided past without making a sound.” The details of the crash‚ including how many passengers were on board‚ are unclear.

The improvement in the Western Cape’s dam levels is “heartening”. Clanwilliam dam is at 20.4%. A few weeks ago the dam was below 6%. Local government‚ environmental affairs and development planning minister Anton Bredell said the average level for dams across the Western Cape for the week starting Monday June 11 was 25.9% (2017: 19.4%). Last week at this time the level was 23.8%. The Bergriver Dam is 53% full this week, while the Voelvlei Dam is at 25.5%. The Theewaterskloof Dam - vital for the city of Cape Town - is 20.8% full. However, Bredell cautioned that the drought was far from over. "A lot more rain is needed before the end of the winter season." Cold and wet weather is forecast soon, with a rainy cold front from Thursday.

‘Nothing will ever be the same’ for Marli van Breda

Marli van Breda - who heard less than a week ago that her brother Henri received three life sentences for attempting to kill her and for murdering her brother, Rudi, and her parents - will have to wait to hear if her curatorship under advocate Louise Buikman will continue. This is despite the fact that she is an adult. A report was scheduled to be heard in chambers in the High Court in Cape Town on Monday‚ but was postponed to July 31. Prosecutor Susan Galloway‚ summarising the hardships faced by Marli in court last week ‚ said: "She was a vulnerable schoolgirl who now has to grow up alone‚ knowing that her brother killed her parents and sibling. She has lost her family‚ home‚ and everything else‚ and nothing will ever be the same again for her." Buikman was appointed as Marli's curator after the murders‚ and this was extended in October 2016.

Asylum seekers at the Desmond Tutu refugee reception centre in Marabastad‚ Pretoria‚ say it is a living hell to come to the facility where they are subjected to ill-treatment and demands for bribes. One asylum seeker‚ speaking through a fence at the facility‚ said they even fall victim to thieves, and face pressure to hand over cash to rude officials. The man‚ who runs a shop in Bloemfontein‚ had to go to the centre to renew his asylum papers since they expire on Tuesday. A woman at the centre said there are many people who solicit bribes ‚ promising refugees that they have connections inside and will help with the application process. Those demanding bribes for the “right queues” asked as much as R500. Times Select was at the facility during a visit by Democratic Alliance provincial leader John Moody.

One person died in a fiery airplane crash in Port Elizabeth on Monday afternoon. Police spokeswoman Colonel Priscilla Naidu confirmed that a body had been recovered by late afternoon. An inquest docket has been opened. "The wreckage will be taken to the air wing where the forensic investigation will be conducted," said Naidu. The deceased’s identity has not yet been released. Earlier‚ eyewitnesses described how they saw the plane flying low before it crashed into the cliffs along the Baakens Valley at around 2.15pm. The South African Civil Aviation Authority’s Kabelo Ledwaba said the accident had happened soon after take-off from the Port Elizabeth airport.

Boom or bust: what could wreck Trump-Kim summit

From nukes to normalisation, there remains a chasm between the US and North Korea before the historic talks

Rent-a-ruckus: Airbnb flies into a world of trouble

Not only SA has a problem about what history to teach

Macedonia is near settling with Greece over its name, but revising its history books will be a much harder task

rescue the perishing Eufemia Garcia, 48, who lost 50 members of her family during the eruption of the Fuego volcano in Guatemala, embraces a rescue worker while searching for her family.
Image: Carlos Jasso/Reuters

Astronauts from the International Space Station have given Pope Francis his own blue jumpsuit, but to distinguish him from ordinary planetary pilgrims like themselves they added a white cape. “Since clothes make the man, we thought we’d have a flight suit like ours made for you,” Italian astronaut Paolo Nespoli told the pope at a meeting in the Vatican also attended by four other Space Station veterans - three Americans and one Russian. Nespoli said the suit bore the pope’s name at birth, Jorge Bergoglio, and the flag of his native country, Argentina. The small white cape bore the Vatican flag, the official Nasa wings logo and “Pope Francis” embroidered on it. - Reuters

US President Donald Trump habitually tears up documents he is finished using, forcing White House record keepers to gather up the pieces and tape them back together, news site Politico reported. “It was the craziest thing ever. He ripped papers into tiny pieces,” said Solomon Lartey, a former White House records management employee. The Presidential Records Act requires that any document the president touches — memos, letters, e-mails — be preserved and sent to the National Archives as part of the historical record. But Trump’s habit of ripping them up, sometimes just once down the middle but other times into confetti-like shreds, has created a major headache for the record keepers. Lartey said the records management department had to reassemble the documents with Scotch tape. - AFP

Newt so fast, Mr Sheeran, the chapel must wait

Ed Sheeran has been hit with the curse of the great-crested newt as his plans to build a private chapel on his estate have been put on hold. The pop star has been forced to commission experts to hunt for the protected amphibians around his land in East Anglia. The 27-year-old, who announced his engagement to long-time girlfriend Cherry Seaborn in January, has submitted a planning application for the Saxon-style structure, but a string of concerns have been raised, including from the Suffolk Wildlife Trust which said there were records of great crested newts in the area in 2015 and it is possible that ponds within the site boundaries could be breeding sites. Great crested newts, Britain's largest newt species, have declined over recent years and are now legally protected. - The Daily Telegraph

Rightwing French leaders have condemned as “sacrilege” a decision to allow a provocative Muslim rapper to play the Bataclan concert hall in Paris where jihadists massacred 90 people three years ago. Rapper Medine — who caused an outcry when he attacked hardline secularists in a controversial 2015 song, “Don’t Laik“, a week before the Charlie Hebdo killings — is to play the Bataclan for two nights in October. Opposition leader Laurent Wauquiez said he was shocked that “someone who sings about ‘crucifying secularists’ and calls himself ‘Islamo-scum’” would appear at the venue. “It is sacrilege and dishonours France,” he tweeted. Far-right leader Marine Le Pen said “no French person can accept that this guy spew out his rubbish at the Bataclan … We have had enough of complacency and worse, of this incitement to Islamist fundamentalism.” - AFP

A spot of McDecadence for North Koreans

Shortly after a group of North Korean diplomats set out from their Singapore hotel on Monday for talks with US officials on the eve of historic talks between US President Donald Trump and North Korean leader Kim Jong-un, a bigger group of headed out for some shopping and McDonald’s takeaways. For the dozens of officials, state media workers and security staff the rare foreign trip is an opportunity to explore the capitalist successes in Singapore. They are staying at the five-star St Regis hotel, where the lavish 47 Singaporean dollar (R458) per-person breakfast costs the same as what most North Koreans earn in a month, while the rooms range between $5,000 and $9,000 a night. The Chinese dimsum, pastries and fried eggs are unheard of for most North Koreans, who rely on a diet of rice, corn, kimchi and bean paste. - Reuters

An imagined male pregnancy, flower necklaces and melting ice caps were some of the more striking images at London Men’s Fashion Week, which wrapped up on Monday. The highlights from the catwalks included Chinese designer Xander Zhou’s collection which featured a male model with a fake bump, wearing jeans and a white T-shirt reading “New World Baby“. “We’re prepared to welcome a future of male pregnancy,” the designer said in an Instagram post. Zhou’s show also featured one of the more improbable-looking designs of all the collections - an elaborate raincoat with six sleeves arranged in a star formation. - AFP

Tencent inches ever closer to Chinese state with WeChat

Listen up, Naspers investors ... this is going to be big

Darfoor is kicking the tyres hard at Alexander Forbes

Knowing the right path is easy. Taking it is damn hard

A merry message for ‘dipshits drunk on pink perfume’

Once absorbed by some of the priceless or provocative works, viewers will probably forget where they are

BOOK EXTRACT: ‘You have to be gay to know God’

Being LGBTQI+ in South Africa today

Lisa Brice shows sisters very much doing it for themselves

What’s with all the chopping and changing, Mr Baxter?

Blasts from the past: Skipper Roo scores but Bafana lose out