Without two incomes, SA families can no longer survive

'A child being dropped off at school should be a safe, happy moment – not a tragic one'

Meant to halt crime, are security fences themselves criminal?

'As an adulterer, you live a deceitful life'

How empties changed Ma Agnes and her son's life

She has built a garage, set up a car wash and pays her son's school fees by recycling glass

How SA Everest hero climbed 8,000m with no oxygen before turning back

It was a choice of descend or die, says Sibusiso Vilani

They have a funny feline that Butter will melt your heart

Looting is just business for the Guptas

Even when he's winning, Sterling's losing

Even today, black players have to prove themselves off the field as well as on it

Smashed windows‚ broken glass and looted shops greeted residents of Mitchells Plain in Cape Town at dawn on Tuesday in the aftermath of a thwarted land invasion that turned violent. 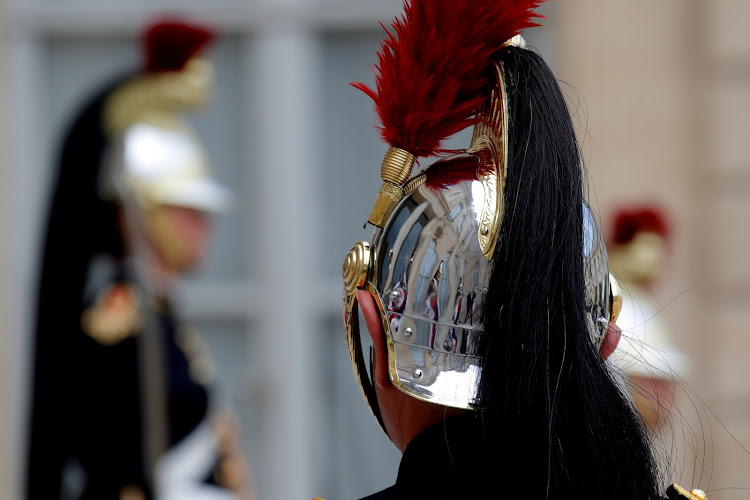 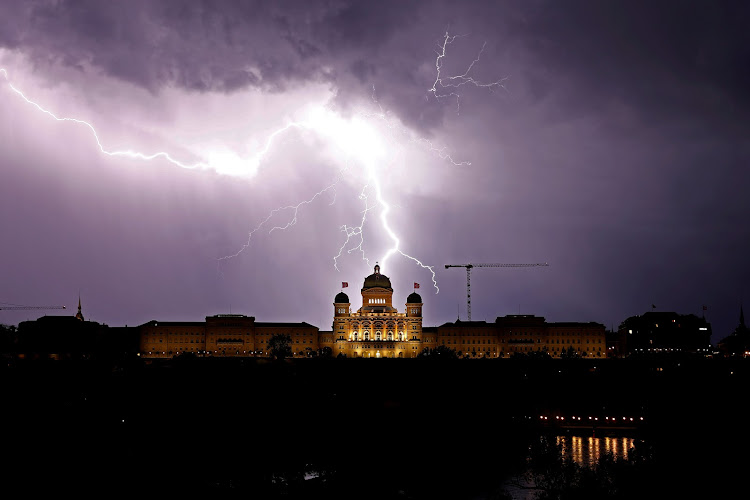 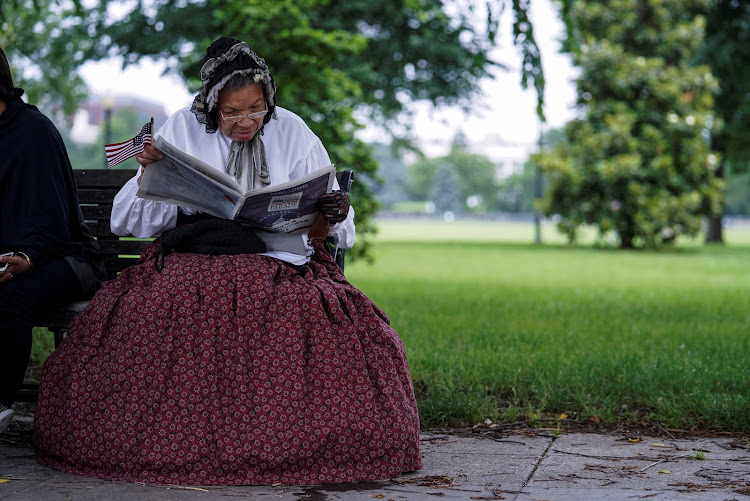 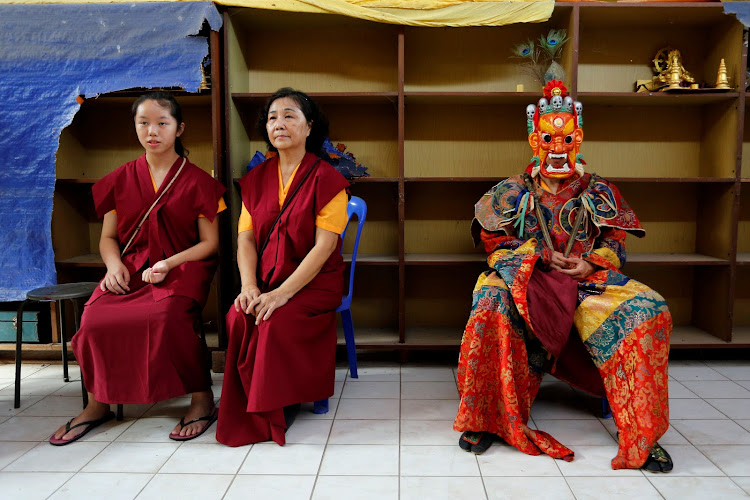 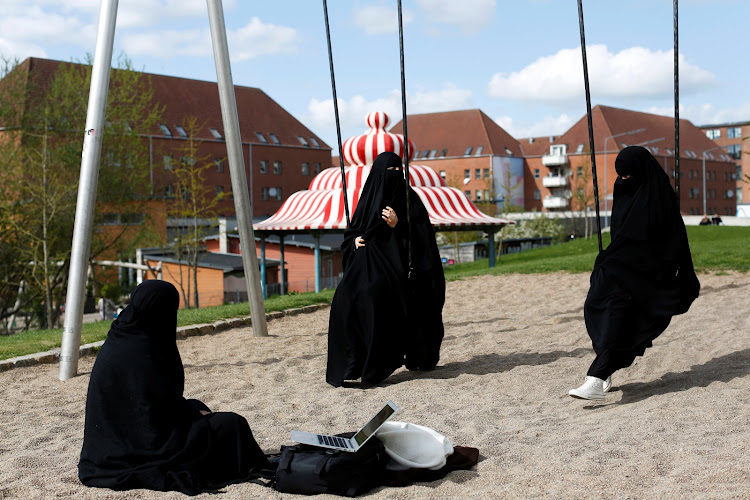 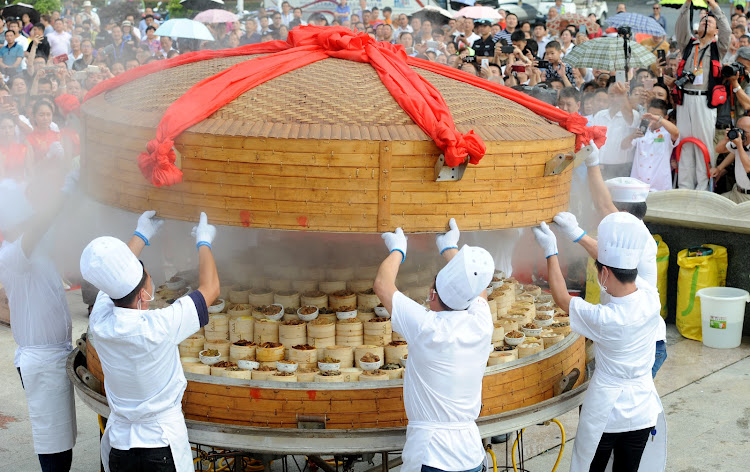 Use constitution to expropriate land: ANC

The ANC wants the government to immediately use Section 25 of the constitution to expropriate land without compensation. Addressing a media conference at Luthuli House on Tuesday‚ ANC secretary-general Ace Magashule said the party had asked its subcommittees to come up with a programme of action in the next two months in order to undertake expropriation in an orderly fashion. Magashule said the party had adopted the report of the land summit where the matter was discussed two weeks ago. Should it be found that the section impeded expropriation without compensation‚ the party had resolved that the constitution would be changed.

A Walter Sisulu University student appeared in the East London Magistrate’s Court on Tuesday after she accidentally received a whopping R14.1-million from the National Student Financial Aid Scheme. Sibongile Mani‚ 28‚ was arrested on Tuesday morning after she was asked to hand herself over at the Hawks’ Eastern Cape office in East London. It is alleged that in June last year Mani illegally received millions from the scheme‚ spending just over R810‚000 on personal items over three months. The scheme detected the anomaly three months after she was paid out. Mani was released on a warning and is expected to appear in court again on July 2.

Trial proceedings revealed that the station commander of the Elliot police station was killed for wanting to discipline cops under his watch‚ the Hawks said on Tuesday. Phumzile Ngqayimbana and Siyamcela Ntshitshi were found guilty by the Mthatha High Court of planning and executing the murder of Lieutenant-Colonel Nomalizo Dukumbana in December 2013. Constable Noxolo Matya confessed to her part in the crime three years ago and was sentenced to life imprisonment‚ said Captain Anelisa Feni. Ngqayimbana‚ Dukumbana’s subordinate‚ connived with Ntshitshi to kill the station commander for instituting a disciplinary hearing against him‚ said Feni. Ngqayimbana and Ntshitshi had pleaded not guilty, but were found guilty on Friday. They will be sentenced on Friday.

AG to get more teeth in corruption fight

On Tuesday‚ the National Assembly unanimously passed the Public Audit Amendment Bill‚ which seeks to give the office of the auditor-general more teeth. The bill, which will be referred to the National Council of Provinces for concurrence, will give the auditor-general the power to refer adverse findings in its reports to investigative bodies‚ as well as recover funds from accounting officers lost owing to non-adherence to the Public Finance Management Act. Last week‚ following the publishing of the latest local government audit findings report‚ Auditor-General Kimi Makwetu suggested that the bill would help halt the deterioration in municipal finances. The report showed that only 33 of the country’s 257 municipalities received a clean audit in 2016/17.

The City of Johannesburg said on Tuesday it has collected R8.2-million from various developers at Waterfall Estate in Midrand‚ whose water meters were not on the city’s billing system. The city said its Operation Buya Mthetho (Bring back the Law) collected this amount from developers at the estate after they allegedly illegally connected water meters which were not procured through standard processes‚ thus effectively stealing water from the city. The city said it was clear that its officials helped these developers in illegally obtaining water meters and connected them so that they could carry on with their developments. The municipality said it lost between R5-billion and R8-billion annually due to revenue leaks and accounts deleted from the billing system. Operation Buya Mthetho had collected about R408-million previously not billed by the city.

At least 10 heavily armed robbers tried to force a cash-in-transit van off the road in a dramatic chase along the N2 between Grahamstown and Port Elizabeth in the Eastern Cape. The armoured G4S cash van had to swerve to avoid crashing into a VW Polo, which slammed on brakes in front of it on the road near Nanaga at about 8pm on Monday. A Nissan bakkie‚ carrying about nine armed suspects‚ then pulled alongside the van and sprayed it with bullets. The van driver managed to outsmart the bakkie driver during the chase by bumping it off the road. None of the security personnel were injured and no cash was taken.

Meet Nubia, the only baby known to have survived Ebola

Experts agree with Elon Musk: meetings are a waste of time

From marocain and nunatak to guetapens, this US pastime is a gruelling obstacle course through the English language

Missing lynx: a whisker of hope for Balkan wildcat

Apart from in a cage or on the face of a coin, this cat is a rare sight, and the fight is on to save it from extinction

Kim Jong-un's man travels to US for talks

Former North Korean spy chief and senior official Kim Yong Chol is heading to the US for high level talks aimed at reviving the prospects of a summit in Singapore between Kim Jong-un and President Donald Trump. Kim Yong Chol, one of the most influential North Koreans outside of the Kim dynasty, had been closely involved with talks with South Korea. He is the most senior North Korean official to set foot in the US since 2000, in a further indication that preparations for the historic summit, initially planned for June 12, are moving ahead. His trip comes just days after President Trump cancelled the one-on-one meeting with Kim Jong-un in a letter citing North Korea's hostility. – © The Daily Telegraph

Hailstorms have devastated thousands of acres of prime Bordeaux vineyards, prompting the French government to promise support for winegrowers, some of whom have lost their entire crop. A loss of a crop will effect two years of production. Cyril Giresse, a winegrower, said hailstones ‘the size of pigeons’ eggs’ destroyed grape buds and left vines bare. ‘The storm lasted only about 15 minutes, but in some places, there’s nothing left at all,’ said Giresse. ‘No leaves, no grapes, just the vines stripped as if the grapes had all been picked.’ – © The Daily Telegraph

A TV news anchor and a photojournalist were killed when a tree fell on their vehicle as they reported on subtropical storm Alberto which made landfall in Florida on Monday. A local fire chief said that the ground was saturated and that the tree’s root system had failed. He said that the 4X4 was still running when emergency services found it. Alberto – the first named Atlantic storm of the year – barrelled ashore at Laguna Beach with maximum sustained winds of 72km/h. Thousands of people had already been evacuated from Florida’s Gulf of Mexico coast. – © The Daily Telegraph

Indian police urged the public against believing rumours on social media after a sixth person falsely accused of being a child trafficker was killed by an angry mob. A transgender woman was lynched and three others seriously injured in Hyderabad city by a crowd that linked them to a child exploitation ring that police say does not exist. Officials are yet to find any cases of child kidnapping related to the videos circulating on social media platforms like WhatsApp. But a dozen people have been arrested for circulating the videos, which show men hoisting a child from outside a home and mutilating an infant. - AFP

Search for MH370 coming to an end

A private search for Flight MH370 will end in the coming days, some four years after the plane disappeared in one of the world’s greatest aviation mysteries. After pressure from families, the Malaysian government struck a deal with US exploration firm Ocean Infinity to restart the search in January on condition it would only be paid if the Boeing 777 or its black boxes were found. The firm stood to make up to $70-million if successful but found no sign of the airliner despite scouring the seabed with some of the world’s most high-tech search equipment. The hunt was officially meant to end in late April but was extended. However, the new Malaysian government of Mahathir Mohamad announced last week the search was set to end. - AFP

Former Oz deputy PM to be paid for affair details

Australia’s scandal-hit former deputy prime minister, Barnaby Joyce, was widely criticised for agreeing to a paid tell-all television interview about an extramarital affair, threatening further disharmony in Prime Minister Malcolm Turnbull’s government. The move is unusual for an elected official and prompted calls from his own party for a ban on payments for media appearances by serving politicians. The payment, said to be about A$150,000 (around R1,4-million), provoked critical comment on social media and again raised the hackles of Turnbull, who this year lambasted Joyce’s ‘shocking error of judgement’ over the affair with his media adviser. – Reuters

Mr Towell wants a word with you about his firm, Twinsaver

Tissue and toilet paper manufacturer is cleaning up

Petrol price jump just adds to the woes of consumers

Expect R16 a litre from Friday, plus looming threats of higher interest rates from the Reserve Bank

De Beers has a gem of an idea: Make and sell fake diamonds

If Verimark were a product, it would be a pretty good buy

While the juicy dividend yield looks extremely tempting, its volatility makes it a classic case of buyer beware

What is it with these irritating novelties?

Could you live on dehydrated TV dinners for five years?

If you’re dying to sleep with the fishes, here’s how to do it

Who needs a TV when you’re 5m underwater?

Launch date for Virgin Galactic is still up in the air

Blasts from the past: Errol Tobias makes Bok history

Today in SA sports history: May 30