'Dad, we have been hijacked and they took my baby away'

State thrashed in R250m court battle with the Guptas

I’m not someone who gives ‘Braveheart’ speeches. I’m all about my deeds, he says

Landowners in a stink over proposed abattoir waste site

... but those in favour of the new facility say it it will be a huge investment opportunity for the area

How a new treatment saved mom without kidneys

Desensitisation is pioneered in SA on mother of three

Got a bad heart? A spot of virtual tennis is just the thing

'This won't change me': no rock-star life for Miss SA

'The Leader' and other dodgy job descriptions

Job titles can be squawking, flashing bullshit detectors. And in South African politics, we’ve had some special ones

The artist who walked on the moon

Apollo 12 astronaut and famed painter Alan Bean, the fourth person to walk on the moon, has died 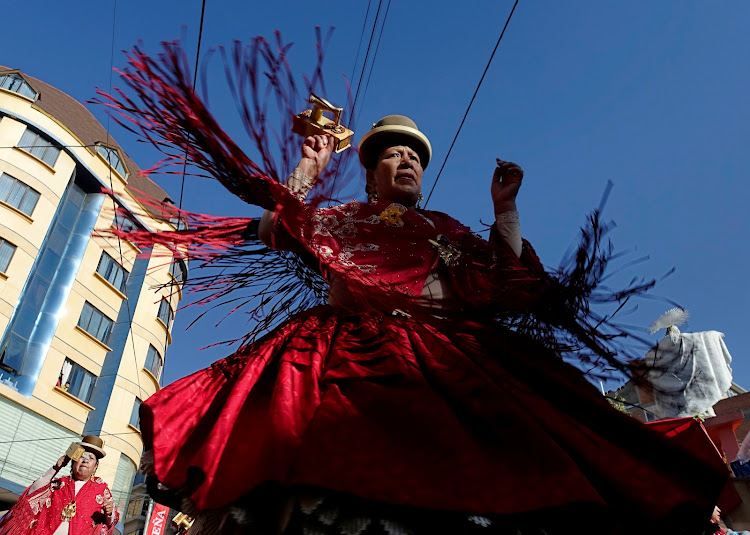 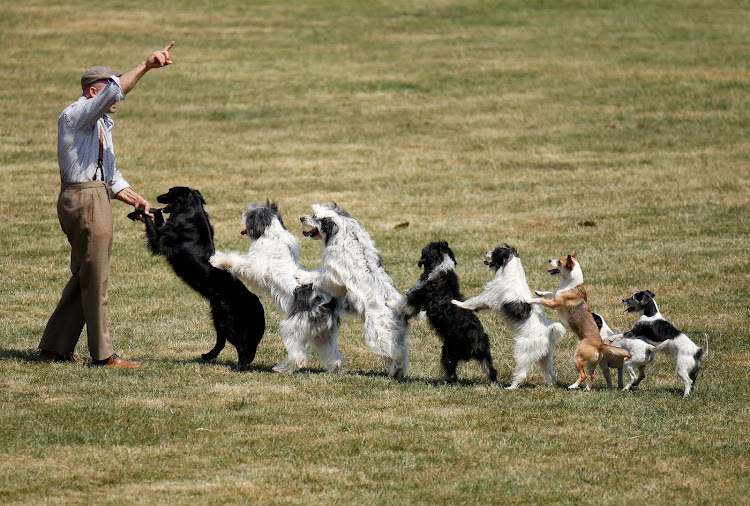 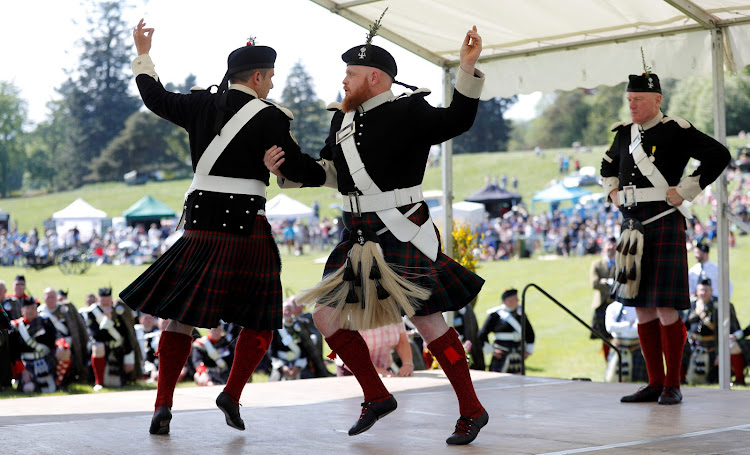 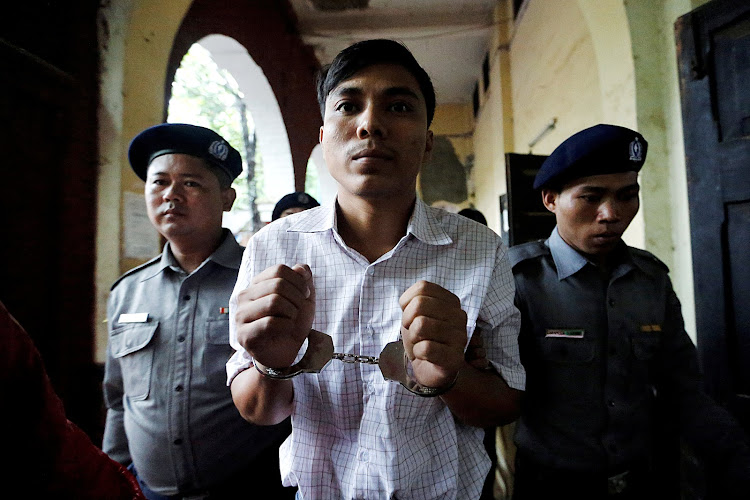 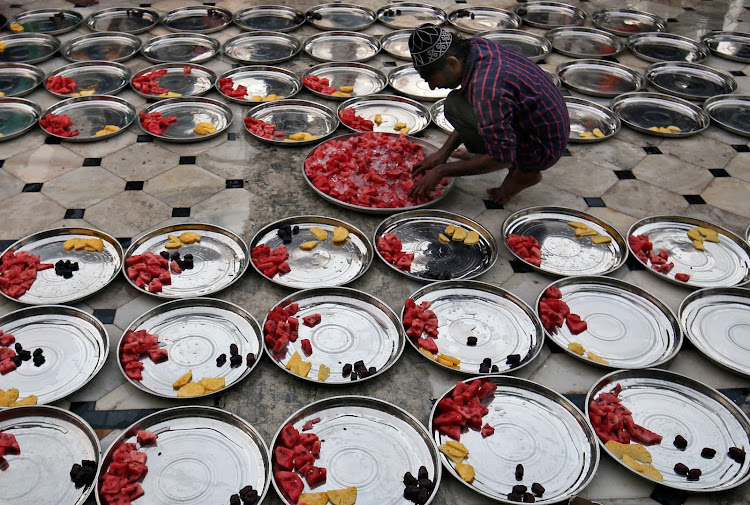 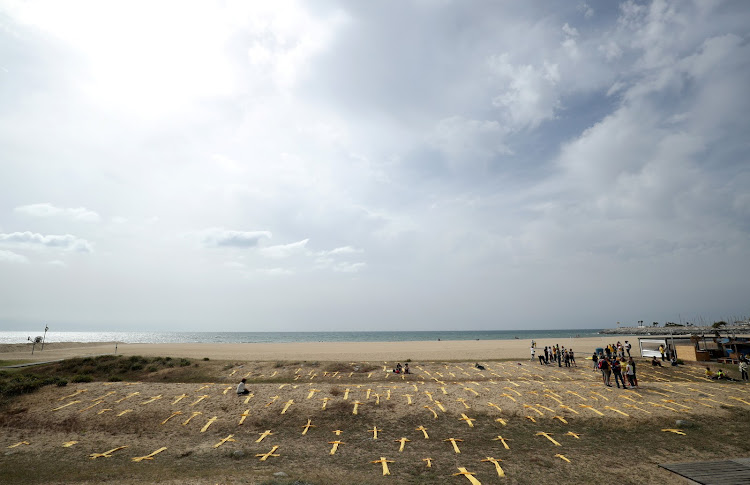 Dying to be equal People march in the streets of Lagos as part of the National Day of Mourning to commemorate all the lives lost to violent killings and mass displacement in the country.
Image: Stefan Heunis/AFP

The Presidency is reviewing the practice whereby members of the executive are allowed to take their spouses and/or adult family members with them on international trips. This emerged in a letter that director-general of the Presidency and secretary of the cabinet‚ Cassius Lubisi, sent to Democratic Alliance spokesman on finance David Maynier. Maynier' had written to President Cyril Ramaphosa proposing that he consider placing a moratorium on this practice and ordering a review of the sections of the ministerial handbook dealing with international official journeys for spouses and adult family members. Lubisi said the suggestion was “receiving attention”. Maynier said in a statement that a moratorium on the practice would send the right “fiscal signals”.

Zuma to get welcome-home prayer service

Religious leaders in KwaZulu-Natal are holding a prayer gathering to welcome former president Jacob Zuma’s home to Nkandla and to thank God for securing him during his tenure as head of state. The gathering is being organised by the National Interfaith Council of South Africa in partnership with the Commission for Religious Affairs in Zuma’s home village in KwaNxamalala on Thursday. On Monday‚ Nicsa’s provincial secretary, Bishop Timothy Ngcobo, said the church leaders believed it was “imperative to thank God for securing former president Jacob Zuma during his tenure as the president of the ANC and the country”. He said religious leaders from different parts of the country would converge at Nkandla to pray for Zuma, and to thank him for the role he played as the champion of radical socio-economic transformation in the country.

Another cash-van heist in Limpopo

Limpopo was hit by another cash-in-transit heist in the early hours of Monday. The heist took place along the Matlala and Polokwane road‚ a few kilometres outside Polokwane. Shortly after 5.30am an armed gang in two vehicles attacked a security vehicle transporting money and fired shots at its wheels until it had to stop. The men used explosives to blast open the safe before fleeing with an undisclosed amount of money. Two security guards were injured. Police have put together a dedicated joint task team to track down the gang.

Police are appealing to any “patients” who may have been examined by Vusumuzi Jeremiah Dhlamini to come forward, after the retired auxiliary nurse masqueraded as a qualified doctor and charged patients R350 per “consultation” in his backyard. The 63-year-old pensioner even dispensed medication to unsuspecting patients – until the Hawks arrived for an unscheduled appointment‚ armed with a search warrant‚ at his house in Ratanda‚ Heidelberg‚ Gauteng. An investigation revealed that he had allegedly stolen a doctor’s identity and on May 23 the authorities‚ including officials from the Department of Health‚ pounced. Dhlamini appeared before the Heidelberg Magistrate's Court on Friday and was released on R5,000 bail. Acting Hawks head, Lieutenant-General Yolisa Matakata, said this arrest wouldn’t be the last. “This is a warning to other so-called doctors across the country that we are coming after you,” said Matakata.

The Special Investigating Unit (SIU) will investigate the alleged abuse of public funds around the funeral of Nelson Mandela. In a proclamation signed by President Cyril Ramaphosa‚ the SIU has been asked to investigate various government departments, entities and municipalities in the Eastern Cape for alleged maladministration, and unrelated, unauthorised‚ irregular, and fruitless and wasteful expenditure. In December‚ Public Protector Busisiwe Mkhwebane found that the Eastern Cape Development Agency had improperly diverted R300-million of public funds to use for the funeral, and that municipalities incurred irregular expenditure in procuring goods for the funeral.

A flood warning was issued for Cape Town on Monday as a cold front was expected to bring heavy rain to parts of the city. Disaster Risk Management spokeswoman Charlotte Powell said emergency teams would be on standby to deal with any flood-related problems across the city. The flooding was predicted to affect the city itself, as well as western parts of the Winelands and western parts of the Overberg. It was expected to last until Tuesday, and as much as 20mm to 30mm was expected. More rain was also expected later in the week and into the weekend. The rains are good news for the Western Cape‚ where strict water restrictions are in force.

In France, migrants must be Spiderman to get citizenship, it seems

It's celery sticks at dawn as vegans terrorise butchers

You may not have noticed, but K-pop has taken over the world

Getting into a fizz - Coke turns to booze for rescue

Give us a full skirt any day! Egyptian dancers perform the Tanoura at el-Ghuri culture Palace in Cairo.
Image: khaled Desouki/ AFP

The creators of Sesame Street have launched legal proceedings against film company STX Entertainment, arguing the marketing campaign for a new Jim Henson Company-produced foul-mouthed puppet film tarnishes the Sesame Street brand. Sesame Workshop, the charity founded “to use the medium of television as a tool to help children learn”, enlisted Henson to make the puppets in 1969. Henson, who died in 1990, went on to create The Muppets and founded the Jim Henson Company. Sesame Workshop’s gripe is with the marketing campaign for “The Happytime Murders”, featuring naughty and foul-mouthed Henson puppets. The film tells the story of a puppet cast from a 1980s television show that begins to get murdered one by one, prompting a police investigation that ropes in Melissa McCarthy’s cop character and her puppet partner. - Daily Telegraph

Court wants to dictate to the Mussolinis

Parents of 14-month-old Benito Mussolini have reportedly been summoned to appear in an Italian court over their son’s controversial name. He is named after one of his grandfathers, a common enough practice in Italy. The problem is that the family name is Mussolini, making the child the namesake of the World War 2 fascist dictator, who is no relation. The name has now come to the attention of a court in Genoa, according to the daily Gazzetta di Parma, among concerns for the child's welfare in later years. For Italians the matter recalls the debate generated by the 2015 film “Il nome del figlio” (“An Italian Name”), an Italian adaptation of a French film in which a man wants to call his son Benito. It also echoes a court case brought against parents who called their child “Blu” (Blue), a name the local prosecutor took exception to. - AFP

When retired secondary school English teacher Yvonne Mason read a letter she received from US President Donald Trump, she proclaimed it "stylistically appalling" and sent it Back to the White House, reports CBS News. "If it had been written in middle school, I'd give it a C or C-plus. If it had been written in high school, I'd give it a D.” The Atlanta resident pointed to numerous grammatical errors including 11 instances of incorrect capitalisation. She said the letter – which was probably written by a staffer and signed by Trump - was a reply to one she had written about a mass school shooting in Florida. "When you get letters from the highest level of government, you expect them to be at least mechanically correct," she said. - Staff reporter

Are you a man or a woman? Neither, your honour

A Dutch citizen has won the right for the first time to be allowed to register as neither a man nor a woman, with judges urging lawmakers to recognise a “third gender”. The Limburg District Court in Roermond ruled that the unnamed plaintiff can now be recorded in the birth register as “gender undetermined”. “At birth in 1961, this person’s gender could not be determined and the parents decided to register the person as male, to make things easier at the time,” the court said. In 2001 however, the plaintiff had medical treatment and changed gender to female. “Eventually, it also turned out that the female gender did not fit the person,” the court said, “feeling neither like a man nor a woman.” The plaintiff then asked authorities to include a third, gender-neutral entry in the birth register. - AFP

Bitcoin just became halaal - in one mosque at least

Looking for a new way to give money to charity as part of Ramadan? A mosque in London is willing to receive your donation in Bitcoin. The Shacklewell Lane Mosque in Dalston has decided to accept cryptocurrencies in a bid to widen its donor base and cut down on currency conversion fees, mosque leaders said. “For a donor that already has a Bitcoin or an Ethereum account, the effort of converting cryptocurrency into, say, British pounds or dollars can be quite burdensome. The mosque effectively takes the burden on themselves,” said blockchain consultant Lukasz Musial, who helped the mosque set up the technology. For the mosque, “it opens a new stream of donations coming from all over the world”. Meanwhile, Egypt’s Grand Mufti, the nation’s top Sunni Muslim official, has said Bitcoin is not permitted according to Islamic law, Egyptian media reported. - Reuters

One of Russia’s leading art galleries said on Monday it would try to stop the sale of alcohol on its premises after a man attacked a masterpiece with a metal pole after drinking vodka there. The incident at Moscow’s State Tretyakov Gallery on Friday caused serious damage to one of the country’s most famous paintings, which depicts Tsar Ivan the Terrible cradling his dying son in 1581, and raised awkward questions about how Russia protects its historical and cultural artefacts. The painting was completed by renowned Russian realist Ilya Repin in 1885 and was described by its curators as a masterpiece in the league of the Mona Lisa. In an interior ministry video, 37-year-old Igor Podporin described how he had knocked back vodka in the gallery’s cafe, became “overwhelmed”, and then used a metal security pole to strike the canvas several times. - Reuters

So what exactly is your new ‘activist fund’, Magda?

Behind the scenes as Kumba just keeps on truckin’

The Witch Doctor brings good luck for one fortunate seller

Bestsellers prove that fact is stronger than fiction

Non-fiction leads the way on the SA book charts

England cricket has a hissy fit over match-fixing claims

Blasts from the past: Zim zap SA in 1999 World Cup