The rise and fall (and possible resurrection) of Black Jesus

Supra has finally succumbed to pressure to 'retire' as North West premier, but his woes aren't over – or are they?

... but many are fighting to make sure Supra never rises again

No body, no problem: State can still argue it’s murder

In cases like that of Lee Mentoor, it's not unheard of for prosecutors to successfully prove murder without a body

Lard help us: SA is the tubbiest nation in Africa

And while we face an epidemic of lifestyle diseases, the rest of the world is rapidly catching up in the obesity stakes

I wish I could die: Heartbreak after land activist gunned down

Puzzled why Willemse got offended? Read on

The inspiration and indignation of Philip Roth

The 'Portnoy's Complaint' author, who died this week, talked about books, the army, history and fellow writers 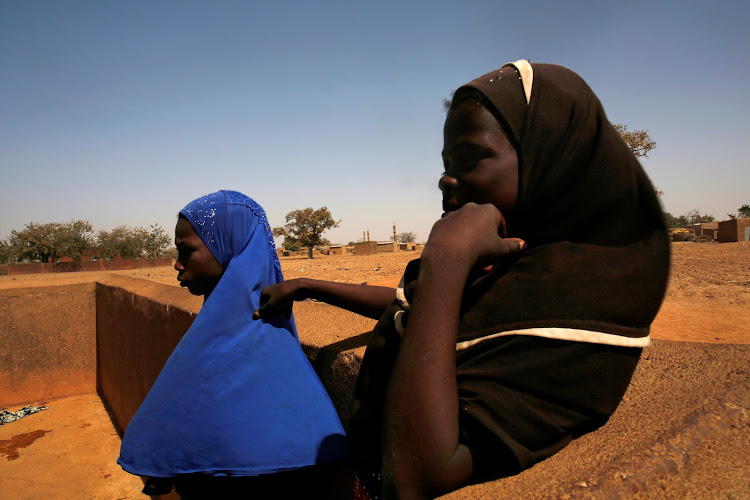 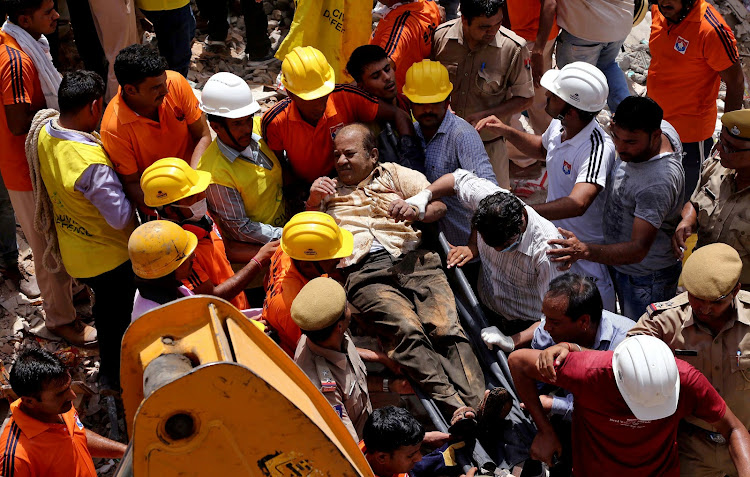 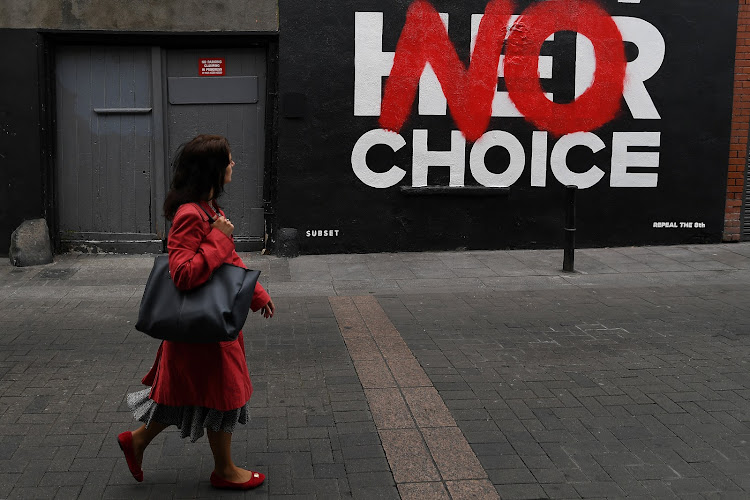 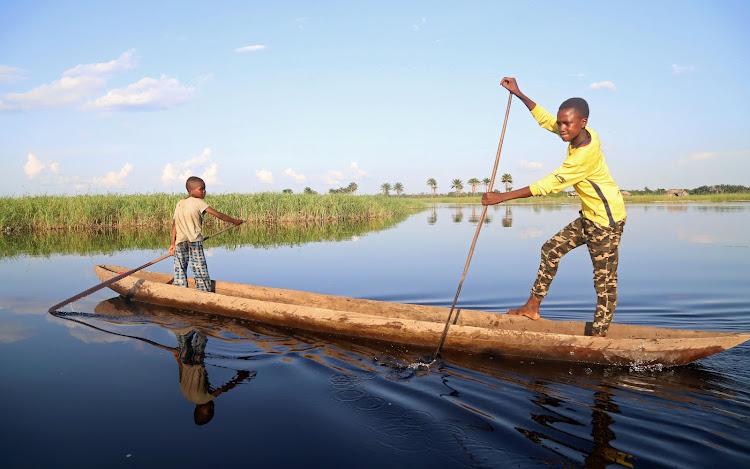 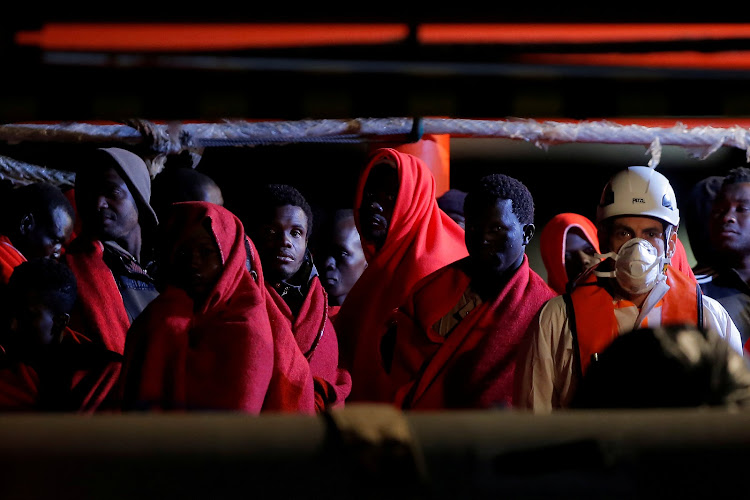 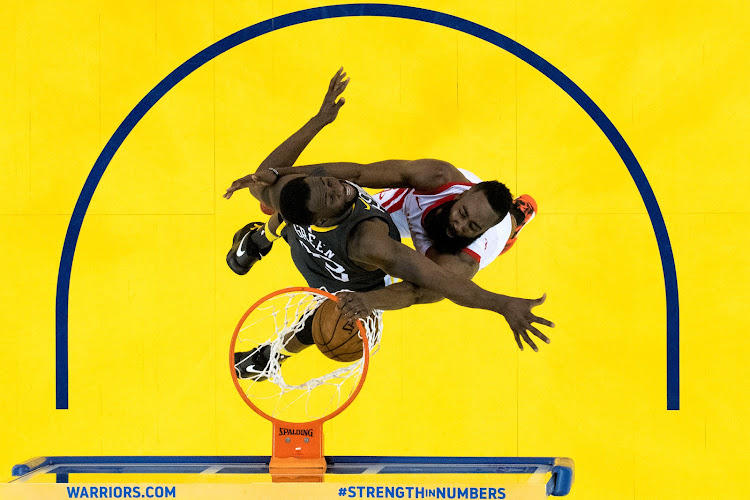 Sounds by the sea DJ Lag (Lwazi Gwala) will be performing on Friday night at the Zakifo Music Festival which is on in Durban this weekend.
Image: Jackie Clausen

Former president Jacob Zuma’s lawyer said on Wednesday that uncertainty over who is responsible for the costs of his defence against corruption charges will delay his prosecution - until the courts decide whether Zuma gets state funding. Attorney Michael Hulley confirmed that the services of the advocates who would have challenged the decision by prosecutions head Shaun Abrahams have been terminated. But he warned that this cast doubt over whether Zuma would go on trial in November‚ which is when the state has said it would be ready to proceed with his prosecution. He said the courts would first have to make a “determination on the question of the entitlement to state aid”.

In his latest move to clean up law-enforcement agencies‚ President Cyril Ramaphosa has established a commission of inquiry to probe governance problems at the SA Revenue Service. Ramaphosa made the announcement in the National Assembly on Wednesday during the Presidency budget vote. The commission would be chaired by former judge Robert Nugent, and the terms of reference would be gazetted “in the coming days”. Ramaphosa said he was still in the process of setting up a panel of security experts to conduct a comprehensive review of governance issues at the State Security Agency following reports that it had been plagued by serious allegations of financial mismanagement‚ corruption and abuse of power for years. Ramaphosa also announced that he will donate half of his annual presidential salary (R3.6-million) to a fund managed by the Nelson Mandela Foundation.

Our municipalities are getting worse: AG

The overall audit outcomes of the 257 municipalities in the country have regressed. Auditor-general Kimi Makwetu made the revelation when he released the audit outcomes for the 2016/17 financial year on Wednesday. Of the 257 municipalities ‚ 45 had regressed and only 16 improved. Only 33 municipalities (13%) received a clean audit opinion. He said the number of unqualified opinions on the financial statements decreased from 68% to 61%‚ and that the financial statements provided for auditing were “even worse than in the previous year”. Irregular expenditure had risen from R16.21-billion in the previous year to R28.37-billion (in current rand value). Makwetu said R15-billion of the total irregular expenditure was incurred in prior years but was only identified and reported in 2016/17. The report is for 257 municipalities and 21 municipal entities.

Boy back at school after snorting coke in class

A pupil who was caught snorting cocaine in the classroom is back at his desk at a Nelson Mandela Bay school two months after the incident. Alexander Road High School principal Dr Peter Manser said in a letter to parents that the pupil had been allowed to return to class after a protracted disciplinary hearing. The child had been given a suspended sentence. The youngster was caught using the drug with two others in a classroom in March. They were removed from the school by their parents. Correspondence between the school governing body and provincial education department indicated that he was a first offender. It was recommended that he be given a suspended expulsion‚ valid for three years‚ on condition that he met criteria including random drug testing and attending a drug rehabilitation programme.

Police arrested eight security guards and seized 10 firearms following a shootout that resulted in the death of four taxi drivers in the Brakpan CBD on Wednesday morning. Eight other people were injured. Police said it was a taxi-related issue which had started in neighbouring Tsakane on Tuesday. The guards were hired by a taxi association‚ police said. Cases of murder and attempted murder had been opened and that the seized firearms would undergo ballistic tests.

With up to 29mm of rain expected in Cape Town on Thursday‚ the SA Weather Service has issued a flood alert. City of Cape Town disaster risk management spokeswoman Charlotte Powell said the weather service had warned of a possibility of flash floods in urban areas of the metropole and the Overberg. Heavy downpours were expected to be more intense during the late morning into the afternoon, said Powell. This “could lead to localised flooding of informal settlements‚ roads and low-lying areas and bridges”. The weather service predicts 20mm, but other online weathering monitoring sites have predicted more. Cape Town’s five main dams were 22.1% full on Wednesday‚ up 1.4 percentage points on their level at the same time in 2017.

Terror website gives advice on how to kill Prince George

Jacko's gravity-defying move was so smooth it was criminal

The King of Pop leaned heavily on science - and showmanship - to pull off his 45-degree tilt, scientists reveal

Yet you can buy a Walther PPK for a grand

The Aston Martin DB5 used in the 1995 James Bond film 'GoldenEye' is estimated to fetch up to £1.6-million (about R27-million) when it is offered for sale by Bonhams on July 13. Built in 1965, the car starred alongside Pierce Brosnan in one of the franchise’s most famous car chases. In it, Bond races Xenia Onatopp in a Ferrari F355 around the mountain roads of Monaco, before seducing the psychiatrist sent by MI6 to evaluate his mental state. 'GoldenEye' – released after a six-year hiatus in the James Bond films, and accompanied by an extremely well-regarded Nintendo game of the same name – remains a classic example of the series, and helped cement both Bond and his DB5 in the collective imagination of a generation. — The Daily Telegraph

No, that’s not Metallica you’re hearing

The US said a government employee in China suffered a mild brain injury and experienced “abnormal” sensations of sound and pressure, symptoms similar to those experienced by US officials in Cuba last year which were blamed on mysterious “sonic” attacks. The US consulate in Guangzhou issued a health alert to Americans in China on Wednesday and said it was seriously monitoring the incident, which took place in the southern Chinese city. Last September the US ordered more than half its government personnel out of Cuba, after 24 diplomats and their family members had fallen victim to unsolved attacks that left them with injuries resembling brain trauma. — The Daily Telegraph

How much would you pay for a half-hour snooze?

New York is the city that never sleeps, but arduous commutes, hellish hours and ultra-competitive jobs mean even the most wired of party animals or dedicated employees have to recharge their batteries. Now New Yorkers are opting for a quick nap during office hours, and a few pay-for-sleep businesses offer customers a little shut-eye on the QT. Nap York is one. Opening three months ago in a three-story building near Penn Station, $12 buys patrons 30 minutes in a wooden sleep cabin, day or night. The business opened with seven cabins, but demand quickly exceeded supply and they added 22 more. Soon there will also be hammocks on the roof, where half an hour’s kick-back will cost $15. — AFP

A shipbuilding hub since the days of the British empire, the Scottish city of Glasgow is now reaching for the stars with a growing space satellite industry. Glasgow builds more satellites than any city outside of the US, specialising in small “CubeSats” that can be used for anything from weather forecasting to global positioning. Clyde Space launched Scotland’s first ever satellite in 2014 and within two years it was producing six satellites every month. In Scotland, the space sector has grown by over 70% since 2010 to a turnover of £2.7-billion last year. The industry employs some 7,500 people, and hopes are high that Scotland will soon have its own vertical launch pads. — AFP

Gunners before butter in Rwanda

Rwanda has become the official tourism partner of English football club Arsenal, whose players will sport a “Visit Rwanda” logo on their sleeves. The tiny country’s leader, President Paul Kagame, is an ardent Arsenal fan and often expresses his opinions about the club’s performances during summits and on social media. The three-year deal with Arsenal is the latest bid by Kigali to draw tourists and investors to the country, burnishing its reputation as a safe, sought-after destination. Arsenal claims the team’s shirt is seen 35 million times a day around the world. Rwanda is the second fastest growing economy in Africa, growing at 7.3% a year. — AFP

From lawmakers to Michelin-starred chefs, gourmets across France are seriously cheesed off at new rules that they say could put the country’s famed Camembert on the brink of extinction and destroy its reputation. The culinary row erupted over a recent deal signed between milk producers and Camembert manufacturers in the Normandy region, the cradle of the pungent soft cheese. As of 2021, pasteurised Camembert produced in factories can use the coveted Protected Designation of Origin label — until now reserved for the artisanal version ladled by hand with raw, unfiltered milk. But for patriotic foodies, the move borders on treason. Last week, around 30 award-winning chefs signed an open letter warning the venture would turn “the most popular of all French cheeses into a vulgar soft paste without taste”. — AFP

Who woulda thunk it? Cape Town’s not just for oldsters

With R151bn in its war chest, Naspers splashes out in US

Tencent cash ploughed into home care for the elderly

Clicking with the royals: Less flash and lots of casual style

Fear and clothing: Why Serena Williams is practically perfect

A weekly column on the vagaries and charms of fashion

It's all in the jeans

Update your jeans story with these 7 tips

Sorry Hekkie, Brian Mitchell is the best SA boxer of all time

Wanna argue with me? Wanna fight?

Blasts from the past: Rebel Kiwis get royally plucked

Today in SA sports history: May 24