Malema is carrying on the work of apartheid's liars

VAT in the world is going on?

When the tax was increased on April 1, it seems to have caught many vendors and consumers off guard

ANC on a march to disaster in KwaZulu-Natal

The Table Mountain war: MEC forks out so he can ride in peace

Kruger has dodgy staff in its sights with lie-detector tests

Get otter town! Little critter Caesars marina as its own 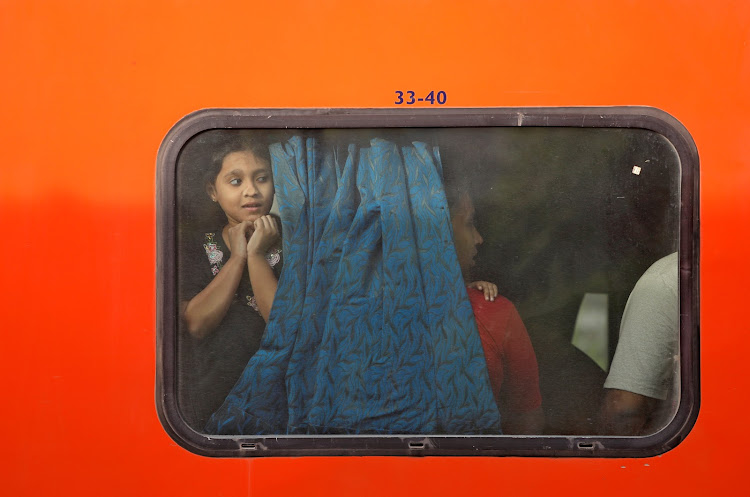 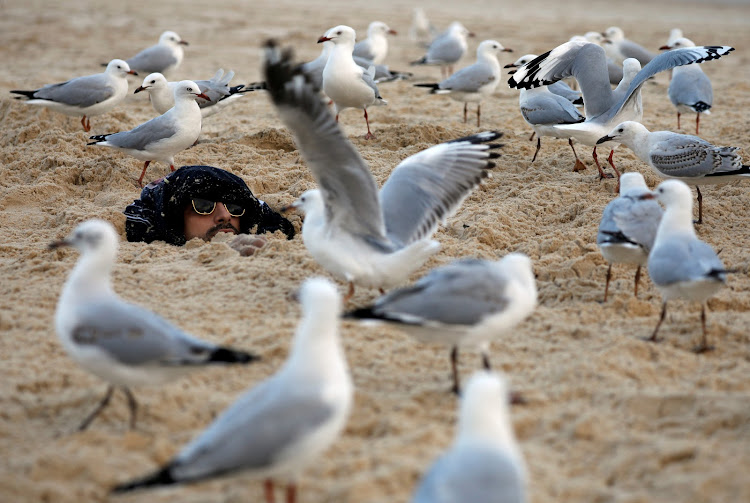 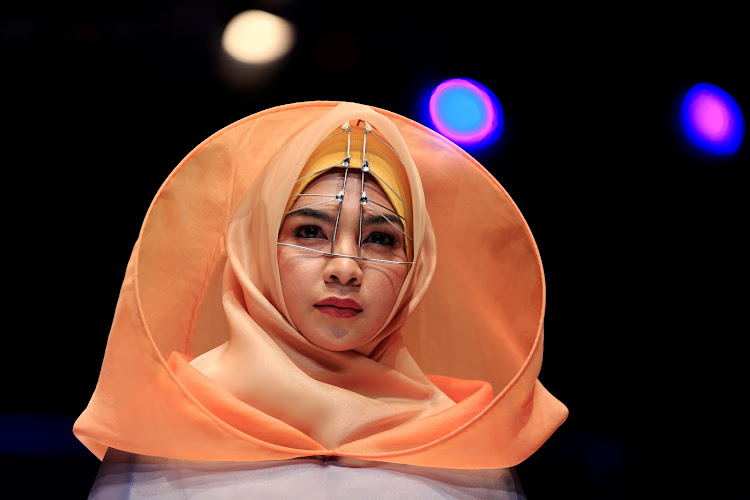 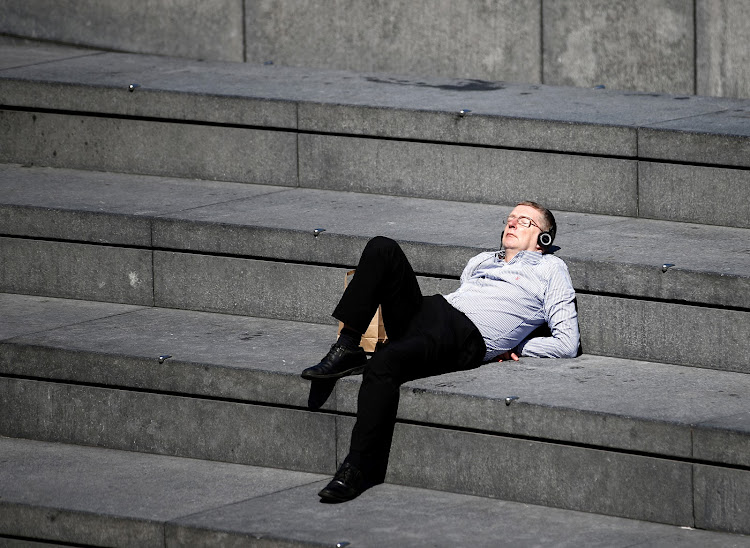 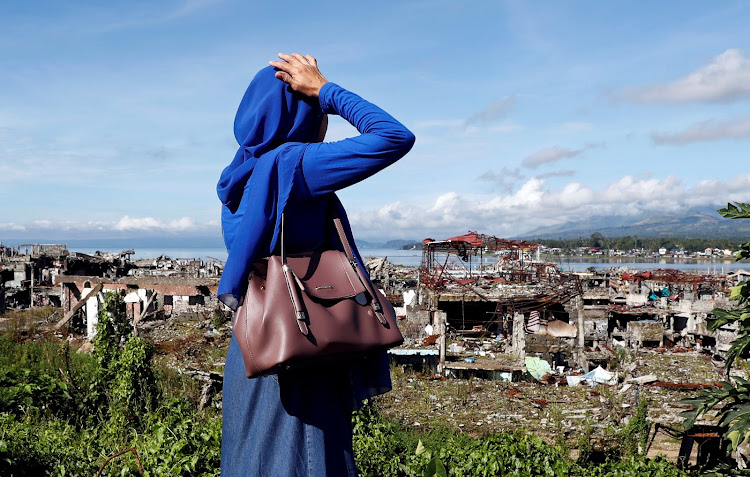 Watch out! Dragons on the beach! People fly kites during the 32th International Kite Festival in Berck-sur-Mer.
Image: Denis Charlet/AFP

I have paid the Guptas in full for ANN7: Manyi

In a bid to save 500 jobs‚ media owner Mzwanele Jimmy Manyi has said he has paid the controversial Gupta family everything he owed them for news channel ANN7 and The New Age newspaper. The former government spokesman said he hoped this move would "put to rest any suspicions of lingering involvement" by the Gupta family in the media company. Manyi bought the newspaper and TV channel from the Guptas' Oakbay business‚ with R450-million that the Guptas lent him in a vendor financing deal. He explained that the amount owed had been renegotiated‚ lowered and then settled in full.

Police in the Western Cape have arrested four suspects who they believe might be linked to the murder of a 62-year-old woman on a farm near Still Bay last Monday. Heila Killian was shot dead by five armed attackers wearing balaclavas and orange overall-type trousers while she was attending a braai on a farm 2km outside the coastal town. Police spokesman Captain FC van Wyk said the four suspects in police custody had been caught on Friday afternoon while they were stripping a vehicle in the backyard of premises in Tafelsig in Mitchells Plain‚ Cape Town.

The Arch is alive and well, his office says

Nobel peace laureate Archbishop Emeritus Desmond Tutu is alive and well‚ his office confirmed on Sunday. It dismissed as false a “story doing the rounds” that the 84-year-old Arch, as he is affectionately referred to by many, had died while on holiday in the US. “The Archbishop and Mrs Leah Tutu are in fact in good health and spirits at home in the Western Cape‚” Tutu’s office said.

North West premier Supra Mahumapelo gave Jacob Zuma a herd of cattle worth R1.5-million as a gift, and paid for it using public funds. The cows, which should have gone to emerging farmers in the province, were delivered to Nkandla and signed for by Zuma himself. Now the Hawks are investigating the scandal, which could lead to charges of fraud and corruption against Mahumapelo and the former president. Zuma is already facing 16 charges, including fraud, racketeering and money laundering, stemming from the multibillion-rand arms deal.

King Goodwill Zwelithini will have an honorary doctorate conferred on him by the University of Zululand next month. The university said the doctorate in social work will acknowledge his leadership and his contribution to combating social ills. As part of his social revitalisation projects‚ the king chairs the Ingonyama Trust‚ a corporate entity established to administer the land traditionally owned by the king for the benefit‚ material welfare and social well-being of the Zulu nation.

ANC and EFF officials are to hold formal co-operation talks at Julius Malema’s request. In an in-depth interview with the Sunday Times this week, the EFF leader said he has written to the ANC requesting the meeting to resolve a number of issues, including the renaming of Cape Town International Airport. The Sunday Times reported last week that there had been informal talks to explore a working relationship following the cooling of hostilities between the two parties. Malema said that while there is no discussion about a return to the ANC or a coalition with the governing party, he had requested the talks so “we can find each other”.

He did it for Tyson and Jacko, now Tom steps up for Cosby

Kamikaze ants are real and are redefining how social insects interact

Blooming beautiful People sit under a blossoming tree at the Parc Floral of the Bois de Vincennes in Paris.
Image: Gerard Julien/AFP

Nude gunman kills 4 at US eatery

A nude gunman shot dead four people and injured at least three more in the early hours of Sunday at a restaurant on the outskirts of Nashville, Tennessee. ‘A patron wrestled away the gunman's rifle. He was nude and fled on foot. He is a white man with short hair,’ police said. They were looking for Travis Reinking, 29. Police on the scene reported the gunman was armed with an AR-15 assault rifle. – The Daily Telegraph

He's survived a snake, a bear and now a shark

It was third time unlucky for a US man attacked by a shark in Hawaii — as he had already been mauled by a bear and bitten by a rattlesnake, all in less than four years. Dylan McWilliams, 20, was bodyboarding when a tiger shark chomped him on the leg. He was able to swim back to shore, where he received seven stitches— just months after he was given nine staples in his scalp following an altercation with a black bear. His run-in with a rattlesnake four years ago put him in hospital for two days. “My parents are grateful I’m still alive,” he added. - AFP

An 1869 letter penned by Richard Wagner warning of ‘the corroding influence’ of Jews on culture will be auctioned this week in Israel, where public performances of German anti-Semitic composer’s operas are effectively banned. Wagner was Adolf Hitler’s favourite composer. ‘Wagner would roll over in his grave’ if he knew that a bearded Jew in Jerusalem was going to profit from his letter, auctioneer Meron Eren said. - AFP

‘Avengers: Infinity War’ could be one of the most expensive films ever made. The superhero film, which ties together plot-lines from 10 years of Marvel blockbusters, has cost an estimated $300 million, the Wall Street Journal reports. That matches the cost of last year's DC film ‘Justice League’ and 2007's ‘Pirates of the Caribbean: At World's End’ – previously the second-most-expensive films ever made, after 2011's ‘Pirates of the Caribbean: On Stranger Tides’, which had a net budget of $378.5 million. – The Daily Telegraph

Exposure to a toxin primarily found in sheep could be linked to the development of multiple sclerosis, a new study suggests. Researchers at the University of Exeter have discovered that nearly half of the MS sufferers they studied had been infected at some time in their lives by epsilon toxin. In comparison just 16% of people without MS had been exposed. The toxin is produced in the gut of sheep by the Clostridium Perfringens bacterium. – The Daily Telegraph

The world's oldest person, a 117-year-old Japanese woman, has died of old age. Nabi Tajima, born on August 4, 1900, was the last known person born in the 19th century. She reportedly had more than 160 descendants, including great-great-great grandchildren. She became the world's oldest person seven months ago after the death in September of Violet Brown in Jamaica, also at the age of 117. – The Daily Telegraph

PIC's poor picks: Something must be done or we'll all pay

We are caught between a rock and a hard place, they say after frustrating marathon meeting

Don’t let the craving speak. It hurts your pocket and your health, a new study has shown

Free willy: The delicate art of taking a nice pic of your organ

In an age of sexting and online dating, a winkie is as good as a nod

For better or for worse, in good lighting and bad, Instagram husbands really have no choice

Oh the agony: My mother is dating my ex-boyfriend

Who is the Chiefs culprit for the club's shame?

In the wake of Saturday's violence, many will point to coach Komphela's poor performance, but the problems run far ...

Blast from the past: Ambrose and Walsh destroy SA hopes