'I wanted to tackle Ajay's head off his shoulders'

Not all killer kids are evil

Contrary to what you see in the movies, children who murder family members are not always evil psychopaths

Why fraud is a multibillion-rand medical emergency

Breeding flamingos in the kak - literally

Poetry shakes the rules to shape the world of Sandton

A line by Athol Williams brings a mix of artistry, business and belief in possibilities to a Joburg pavement

Winnie and Vicki: They both tell the SA story

The two women, in their very different ways, teach us what we must confront in our country, and how 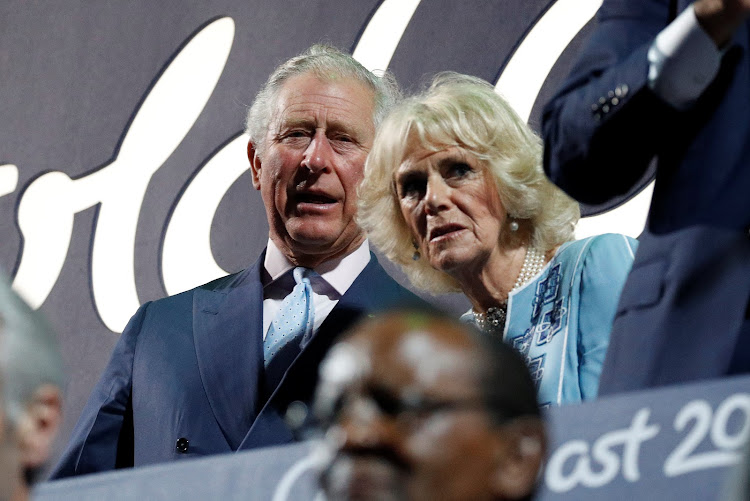 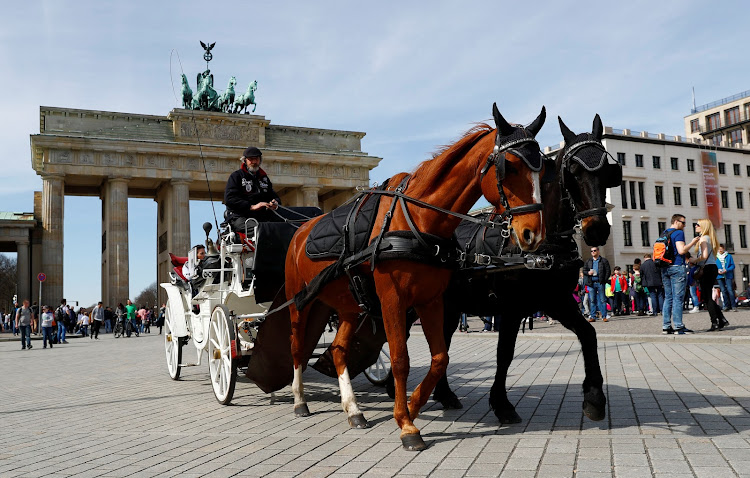 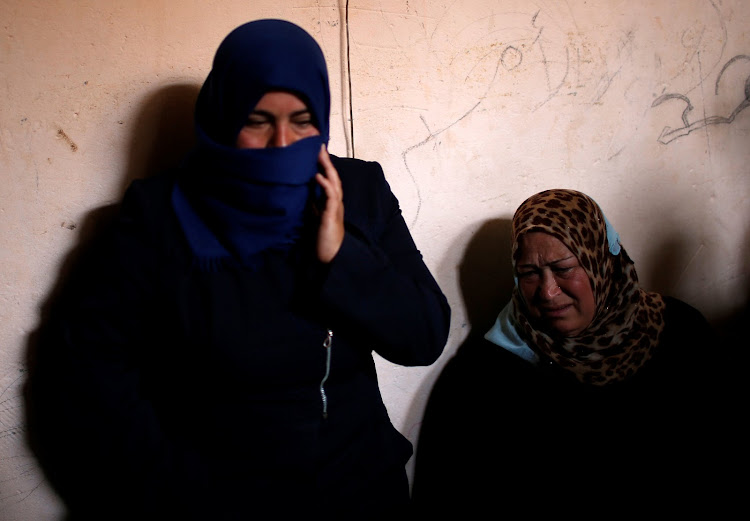 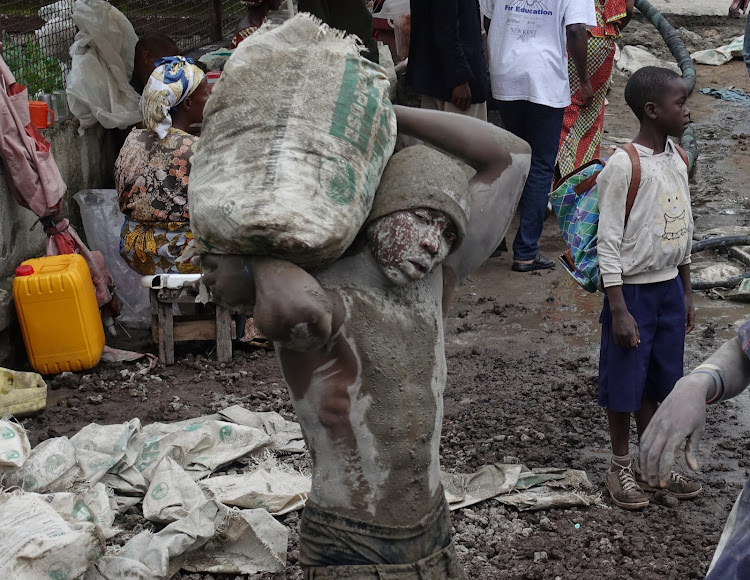 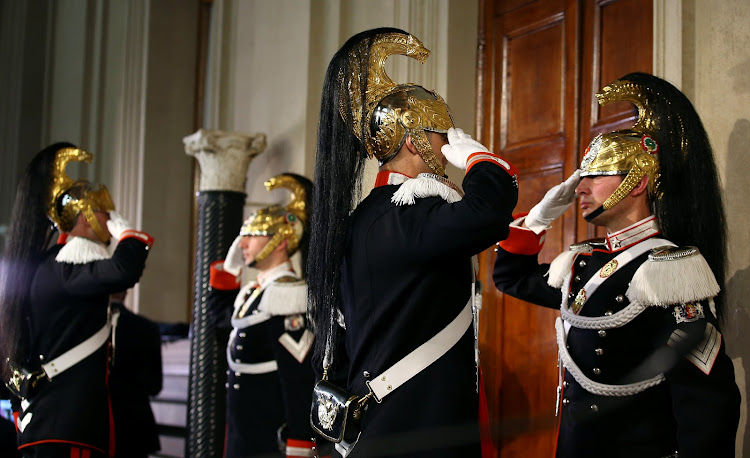 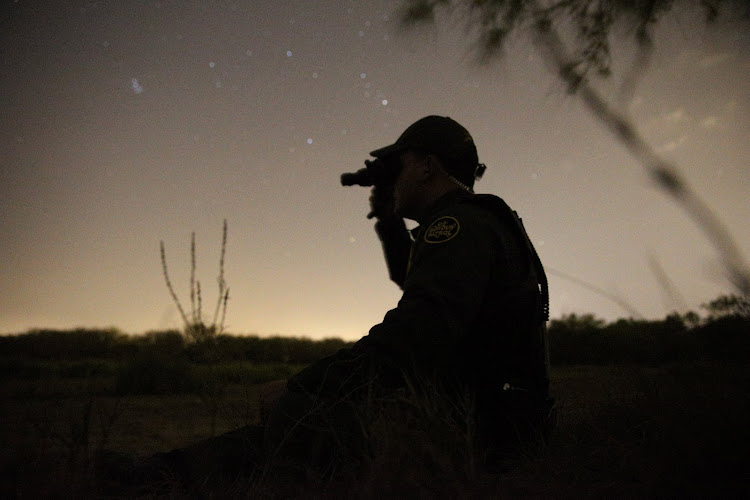 Paroled hitman hands himself over

Paroled African National Congress hitman Russell Ngubo is back in the custody of the Department of Correctional Services after he handed himself over on Wednesday. Ngubo is accused of violating his parole conditions by leaving the province. Department spokesman Thulani Mdluli would not be drawn on whether Ngubo would be detained‚ or if his parole had been revoked. The former ANC branch chairman and senior prisons official was jailed in 2005 for two murders committed in 1995. He was sentenced to 25 years for the murders of an IFP leader‚ Nash Ngubane‚ and IFP supporter Amon Mshengu.

Deputy President David Mabuza says funeral arrangements for Winnie Madikizela-Mandela are going well and the government and the ANC will keep the public informed about the arrangements. He was speaking outside Madikizela-Mandela’s Soweto home which the ANC Youth League also visited to bring its message of support to the family. Madikizela-Mandela died after a long illness and had been in and out of hospital since the start of the year. Her funeral will be held on April 14 at Orlando Stadium in Soweto.

Five people allegedly linked to the deadly petrol bomb attack on a bus carrying a group of mineworkers in Burgersfort‚ Limpopo‚ have been arrested‚ police said on Wednesday. Brigadier Motlafela Mojapelo said the group‚ aged 21-30‚ were arrested in different locations in operations over the past two days. They will appear in the Mecklenburg Magistrate's Court on Thursday. Four men and two women were burnt beyond recognition after the fiery attack on Monday, while 28 were injured.

The widow of Ngwako Mathebula has been arrested after being implicated in an alleged plot to kill him‚ police in Limpopo said on Wednesday. Police suspect she may be linked to one of the gunmen who stormed into the couple's house in February‚ killing her husband who was the owner of Thaba Security Company in Polokwane. A suspect‚ Simon Ramela‚ was arrested on March 27 and appeared two days later in the Polokwane Magistrate's Court. He was back in court on Wednesday. It was not immediately clear when Mathebula's widow would appear in court.

Security guard Andiswa Magwaza, who is accused of the murder of fisherman Siphamandla Xulu, abandoned his bid for bail in the Eshowe Magistrate’s Court on Wednesday. Magwaza‚ 21‚ is alleged to have shot and killed Xulu while he and several friends were gathering worms for bait on the Corby Hill farm. The farm lies between the town of Eshowe and the township of Seventeen in Umlalazi.

A driver for e-hailing app Taxify is excited that he can work in improved safety‚ with the launch of a SOS button that promises to bring police or emergency services to his location within seconds. Brian Maphosa said he works in fear as intimidation by conventional meter-taxi drivers persists. Maphosa was among drivers who attended the launch of the pilot-phase integration of the Namola crime prevention and security application into Taxify at Newtown‚ Johannesburg‚ on Wednesday.

Taking a financial hit will be the death of you

What the flock? Don't mix gulls and pepperoni. Ever

It may have taken 20 years, but hotel has at last forgiven man for what his blaps did to his room

Two dozen Indonesians have died after drinking bootleg alcohol, marking the latest a string of deaths linked to home-made liquor sold in the Muslim-majority country. A shop owner in Jakarta was arrested for selling the illegal booze at his herbal drink stall, authorities said, with 16 deaths reported since Monday around the sprawling capital and the remaining eight fatalities were in Papua. Several others are in critical condition in hospital. “(The drinks seller) confessed that he mixed pure alcohol with Coca-Cola and an energy drink. He thought it would be safe, but apparently it killed people,” said police. — AFP

The Dragon has landed ... somewhere above DRC

SpaceX’s unmanned Dragon cargo ship arrived on Wednesday at the International Space Station, packed with food, gear and science experiments for the astronauts living in orbit. The space station’s robotic arm latched onto the gum-drop shaped spacecraft when it was over the southern part of the Democratic Republic of Congo. Astronauts will begin unpacking the spaceship on Thursday, Nasa said. The cargo ship is carrying 2,600kg of food, supplies and science experiments to enable the study of thunderstorms, anti-cancer drugs, and technology to remove debris in orbit. — AFP

China takes shots at US whiskey

Trade friction between the US and China is heating up as the world’s two biggest economies unveil rival tariff hit lists on goods together worth $100-billion. Each side is gearing up to unleash duties of 25%, with Beijing targeting soybeans, cars, planes and whiskey. Washington eyes electronics, aircraft parts, satellites and medicine — among a slew of other products. “Any attempt to bring China to its knees through threats and intimidation will never succeed. It will not succeed this time either,” China’s foreign ministry spokesman said. — AFP

A relaxing soak in a hot tub is a time-honoured stress reliever but the advantages are not confined to humans — with monkeys also benefiting from spa time, researchers in Japan say. Japan’s “snow monkeys” are known for their love of hot springs in the country’s northern Nagano region, with tourists flocking to photograph the mediating macaques soaking in steaming baths. It was long assumed that the blissed-out bathers were simply trying to warm up during the chilly winter months, when snow blankets the region. But experts found that stress levels in the monkeys were about 20% lower on average after bathing. — AFP

Mum’s the word for Finnish ‘dad’

A Finnish woman who underwent hormonal therapy has become the nation’s first transgender man to give birth. The man, who is in his 30s, legally changed his gender from a woman in 2015 after years of testosterone therapy. But he decided to cancel sex change surgery, to complete his male physical transition, before trying to get pregnant with his husband. This case is exceptional because the couple, living in the Helsinki region, decided to suspend hormonal treatment and the man’s period returned. The man was granted paternity leave. — AFP

By the book: Publishers mourn departure of Trisk

The bottom line: Where have all the bosses gone?

Fear and clothing: Lessons in dressing as resistance

A weekly column on the vagaries and charms of fashion

Oh Vicki, did you really?

Crossing the catwalk: Luxury designers on the move

Creatives are swapping jobs all over the fashion industry, but what does it mean for the brands?

SPORTS DAY: No goofing off as Chad aims for the triple

Some say it’s a poor cousin to the Olympics, but ...

Blast from the past: Hosea Tjale keeps on truckin’