Ramaphosa proved on Sunday that he's had enough of negotiations. It's time to show who's boss

‘This would have broken Madiba's heart’

The trouble with Zuma's myths is that many believe them

Thobeka Madiba-Zuma's message reflects the chilling mindset of the first citizen, his family and his cronies

Tenant alert: what will that nail in the wall cost you? 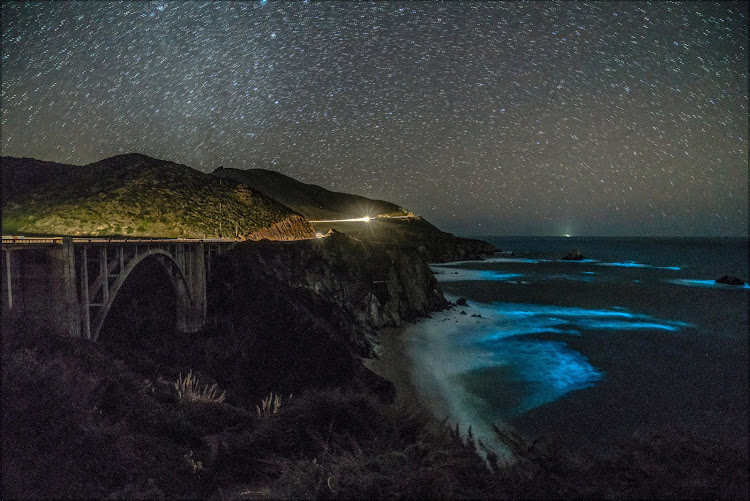 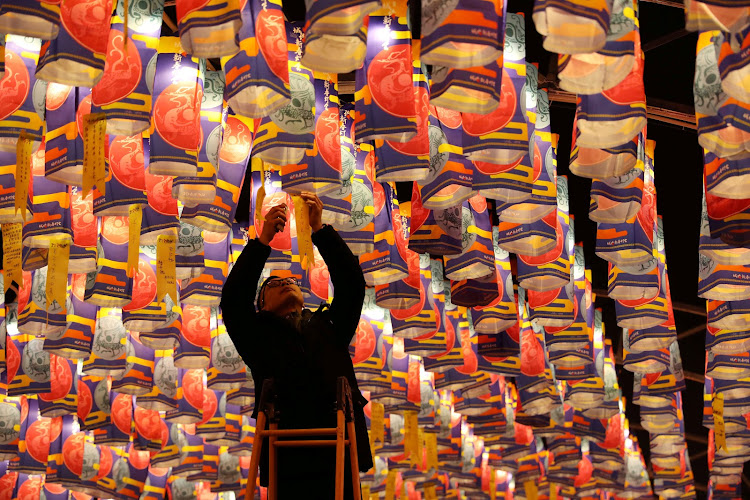 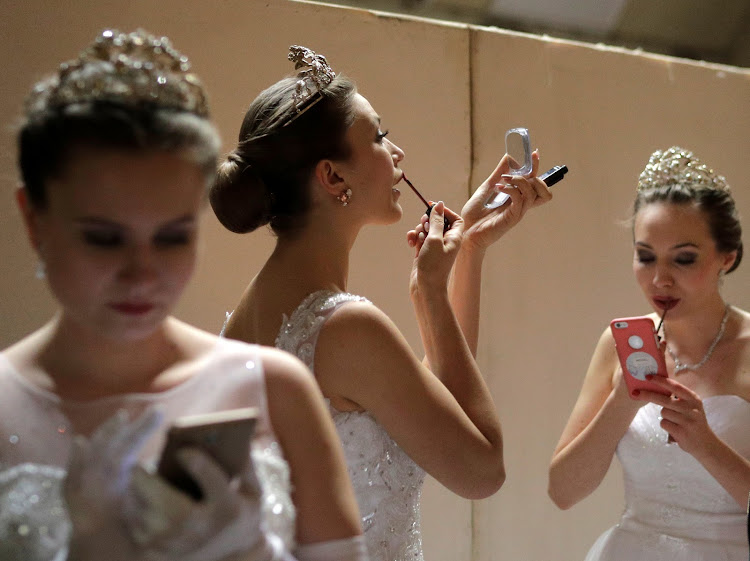 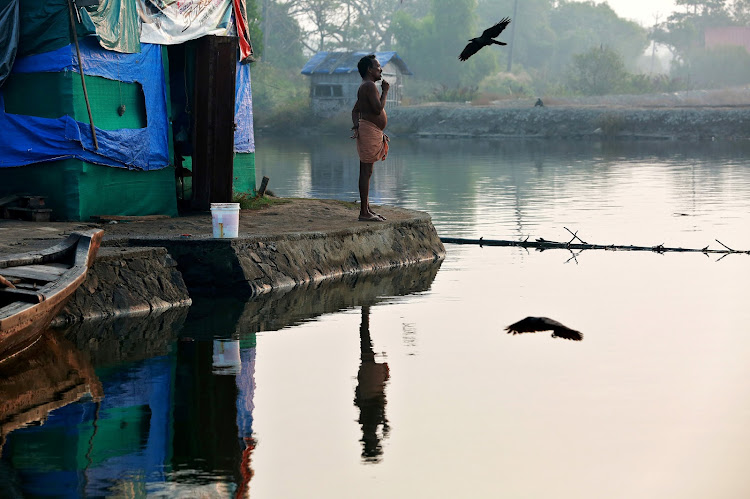 Into a murky world of cops, clubs and cafes

Was it diligent police work or police on gangster payrolls that put Cape Town's alleged underworld kingpins behind bars?

Here’s your Xmas bonus! Oops, sorry, you have to pay it back

National Health Laboratory Service wrongly paid employees in 2015. Two years later, they must pay it back

'If a Cape store gets new bottled water, it's sold in an hour'

The price of bottled water is spiking in the Mother City

Farmers feed their livestock by switching to hydroponic technology

After a heart and double lung transplant, Matthew Legemaate knows something about facing - and beating - the odds 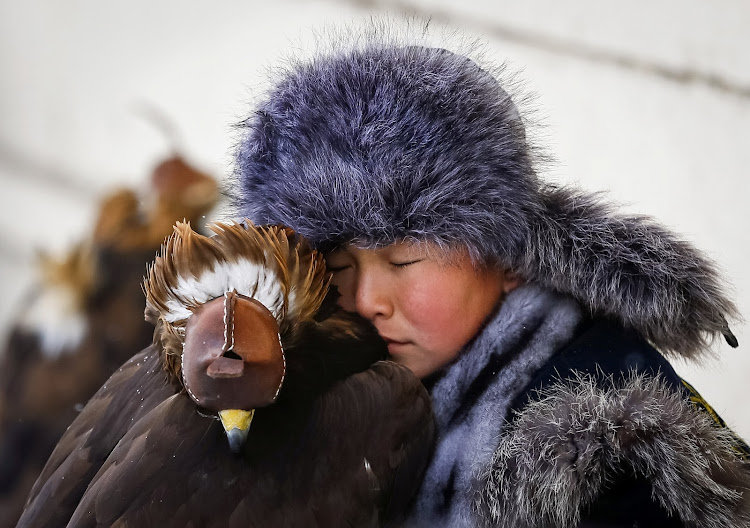 Young and the restless A young hunter rests next to his tamed golden eagle during an annual hunters' competition at Almaty hippodrome in Kazakhstan.
Image: REUTERS/SHAMIL ZHUMATOV

A high-level delegation of military lawyers and investigators will be sent to the Democratic Republic of Congo to investigate allegations that South African peacekeepers tortured scores of civilians. Reports emerged at the weekend that South African peacekeepers were involved in the torture of women and men. More than 1‚000 troops from five South African Infantry Battalion - which is based out of Ladysmith in KwaZulu-Natal - are taking part in a United Nations peacekeeping mission in that country. SANDF spokesman Brigadier-General Mafi Mgabozi confirmed that reports on alleged torture had been received, and that while they were allegations at this stage, the seriousness of the claims meant they could not be ignored.

Three veld fires in the Western Cape have been extinguished or been contained, CapeNature has said. The fires at Buffelsrivier and Zanddrift were extinguished, while the active fire on the northern side of the Kammanassie Mountain appeared to have burnt itself out and was contained. The fire in the Swartberg mountains also remained contained. Operations would continue to ensure no flare-ups occurred. In total, about 11‚000ha was burnt, but no structures were damaged, the organisation said.

Parliament’s Portfolio Committee on Police has condemned the participation of senior police officers in crime, and says the fight against crime can only be won if led by a credible and corruption-free SAPS. The committee noted that over the past week several current senior and former senior SAPS officials had been hauled to court across the country. Committee chairman Francois Beukman said any act of criminality by SAPS members had to be condemned‚ more so those committed by senior police officials.

South African athletics champions Thabang Mosiako and Rantso Mokopane were assaulted in an apparently racially motivated attack, allegedly by North West University students. The assault took place a week ago during the university's student fundraising RAG event, but only came to light at the weekend. Mosiako‚ a 5,000m champion who was to compete in Algeria in March‚ was knocked unconscious during the assault close to the university. Mosiako‚ Mokopane and their friend‚ Sandy Londt‚ were attacked by a group of men who they believe are students at the university. There are fears that Mosiako's immediate athletic dreams could be shattered, with concerns round the extent of his head injury. Police confirmed that an investigation in under way, but no arrests have been made.

Parliament’s Portfolio Committee on Justice and Correctional Services said it supported Zulu King Goodwill Zwelithini’s decision to lay a complaint against insurance company MiWay. This comes after a leaked recorded conversation between a sales rep and King Zwelithini starts with the rep addressing Zwelithini by his first name. The king reprimands the rep. Prince Thulani Zulu said at the weekend that the royal family considered this an insult. Committee chairperson Dr Mathole Motshekga said the call is “clearly” a violation of the Protection of Private Information Act, which stipulates how private and public bodies should handle and protect individuals’ personal information. Motshekga believes the incident defies “culturally acceptable practices”.

More than 200 patients evacuated from a Cape Town hospital after a fire on Saturday have been given the green light to return. Western Cape Health MEC Nomafrench Mbombo said the fire department had inspected Mitchells Plain District Hospital and declared it safe for patients to be moved back into the wards. However‚ the emergency centre at the hospital — where the fire started in the roof void — would not reopen. Instead, a temporary emergency centre was set up to attend to walk-in patients‚ while Emergency Medical Services will be transferring patients that require hospital admission to other hospitals.

Ova to you: Human eggs made from scratch

Grown in a lab for the first time

SIX THINGS YOU NEED TO KNOW ABOUT THE WORLD

UK star Idris Elba has announced his engagement to his girlfriend Sabrina Dhowre. Elba, 45, asked the beauty queen to marry him while the pair were on stage at a screening of his latest film ‘Yardie’ in London on Saturday. Staff at the cinema could not resist sharing the couple's happy news with their 18,000 Twitter followers. Elba and Dhowre, who won Miss Vancouver in 2014, began seeing each other last year. — © The Daily Telegraph

Bad news for ladies who lunch

Low-alcohol beer and wine promotions risk fueling day-time drinking, a new Cambridge University study suggests. A review of the UK’s four largest supermarkets also found advertising strategies may be increasing people’s overall alcohol intake. Products’ low-alcohol content was played down in favour of ambiguous phrases such as “lunchtime treats”, “perfect for all occasions” and “to refresh thirsty sportsmen and women”. The study found the messaging may encourage consumers to use low-strength beer and wine as a replacement for soft drinks, such as at lunch, rather than as a replacement for normal strength alcohol. — © The Daily Telegraph

A passenger train has collided with a herd of elephants crossing the tracks in India’s northeast, killing four of the endangered animals in the high-speed accident. The impact of the collision in Assam state late on Saturday derailed the engine but no passengers were injured. Another elephant was seriously injured in the accident, he added. — AFP

A new Peter Rabbit film starring James Cordon is at the centre of a “food bullying” row over a scene in which a gang of rabbits pelt blackberries at a man they know is allergic to them. Several groups representing allergy sufferers have called for a boycott of the film, warning that it is “grossly offensive” and makes light of a potentially fatal condition. Parents of children with food allergies have also expressed disgust at the scenes. — © The Daily Telegraph

Why not to give your kids 2nd-hand toys

Wills and Harry too tall for 'Star Wars'

Princes William and Harry don’t appear as Stormtroopers in ‘Star Wars: The Last Jedi" after they were cut from the film for being too tall. William, 1.87m, and his younger brother Harry, 1.85m, donned characteristic white body armour and helmets for a scene that was filmed during their visit to the film’s Pinewood studios set in April 2016. However the scene failed to make the final edit after it was realised the strapping royals towered over their Imperial counterparts. — © The Daily Telegraph

ETFs are a no-brainer - for now

Capitec 'not worried' about its shares

JSE down 6% this year already

‘Alternative’ water: Raise a glass to the posh stuff

Is it really heathy or just an expensive fad?

Love, virtually: The rise of the avatar celebrity

By The Daily Telegraph
2 min read

SPORTS DAY: Around the sporting world

A look at all the day's top sports stories

At the Beckerling and call: Mondays will never be the same

Blasts from the past

This day in sports history