The pandemic has caused technical recession, but this too shall ...

The pandemic has caused technical recession, but this too shall pass

Remarkably in SA, the coronavirus crisis is causing equities to rebase for future growth 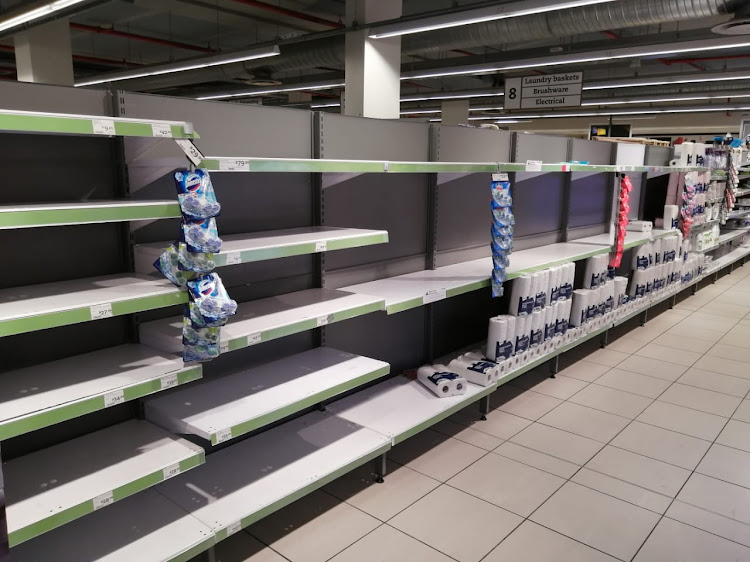 Bogged down This will be a painful journey, but we'll survive.
Image: Aron Hyman

I felt it in Johannesburg in 1998: a gloom that set in as the Reserve Bank hiked rates to 20%, crushing our economy. I felt it in London in 2001 in the middle of economic slowdown: a pervading stoic sombreness. I felt it in Reykjavik in 2009 when the global financial crisis occurred: a disbelieving shock and anger from a desperate society.

Now I feel it in Cape Town. It feels like a time warp back to London in 2001. Economists are reluctant to call 2001 a recession because technically it didn’t meet the definition. In reality, it was a developed market slowdown and, if you were in SA you probably didn’t even notice it. However, it felt very real in London, where jobs were lost and businesses closed.

It might have started as a supply chain shock from China, but now we are galloping into a recession spawned by a slump in demand. Most recessions start with a government action, usually policy mistakes by central banks. This time it is a little different. The government has insisted that humans stay away from each other to curb the disease. In the process, moods have slumped.

London recovered, Reykjavik recovered, and we will recover as well. In his book Maestro: Greenspan’s Fed and the American Boom, former Federal Reserve chair Alan Greenspan compares recessions to hurricanes. Your typical boom/bust recession, as in 2001, is a category one or two hurricane — dangerous, but it passes. Often these are driven by a slump in demand and, with the passage of time as well as through policy measures, the economy recovers. Balance-sheet recessions, on the other hand, occur when bank balance sheets are impaired and the transmission mechanism for monetary policy does not work. This was the case in 2009. These are category three or four hurricanes. The Great Depression of the 1930s was a category five.

Now, the global economy is in a category one hurricane. The demand slump so far has been mild. In fact, if the virus evaporated and governments removed curfews, this would be the recession that never was. Demand would recover fast enough that economic readings wouldn’t meet the definition of a recession at all. The problem is we just do not know how long the demand slump will continue, nor how deep it will be.

How do we price for that? If we look at the scale of the sell-off in the US, it is arguably pricing in a hurricane with a strength of two to three. One headline is “US market slumps 35%”, while an alternative headline is “US equities have delivered a gain of 19% since the start of 2016”. An annualised 4.5% in US dollar terms is low, but it is not wildly out of line with the long-term average for the S&P. Yet there could be more downside if this progresses badly.

US banks are materially stronger than they were pre-crisis. In fact, Moody’s believes banks are solid. The oodles of cash that have been made available by central banks also give commercial banks huge breathing room. It is all about the quality of the banks’ lending books. They don’t have a mortgage problem this time round either. Perhaps there is a problem with a number of corporate borrowers, but small, micro and medium enterprises (SMMEs) can pay off their loans easily and banks are getting pressure from the government to play nicely for the sake of the bigger team. When interest rates are zero it doesn’t really cost the bank much to give a few months’ payment holiday anyway.

The issue is more serious for those corporates that are a little bigger and have borrowed in the professional markets. There will be defaults, but much of this risk in the US is sitting with third-party investors. From a US perspective, this is unlikely to escalate beyond a category three hurricane. We are 35% below peak prices, so perhaps we have another 10% or so to go to real price in category three. Maybe we will overshoot and push a bit lower. The point is that the economy and most companies will recover. Apple will still be selling phones a decade from now and people will merrily be buying them again. It is all about avoiding potential bankruptcies. It is about focusing on quality stocks to lock in 30% returns for the next few years as companies recover and valuations return to normal.

Domestically we are in a similar situation. The government is torn between trying to prevent people from dying of Covid-19 and trying to save people from dying of hunger. We have seen something remarkable in SA over the past few days. The politicians have put their differences aside and started to work together for the country’s greater good. This will be a painful journey, but it is very possible that, through the process of dealing with this, the fracture lines that have torn SA apart may begin to heal.

There will be bankruptcies, and our SMMEs will need support, but the point is that we still have 57 million South Africans, and the economy, and most companies, will recover. The SA equity market has been sick for a while. Now we have a base from which earnings and share prices can grow at a healthy pace.

What we need from SA’s rich right now are rand ...

As SA shuts down, global markets have to steel ...