Flying solar: self-generation pays, and it’s the future of ...

Flying solar: self-generation pays, and it’s the future of electricity

For those who would like to go this route, there are a number of lessons from projects around SA and Africa 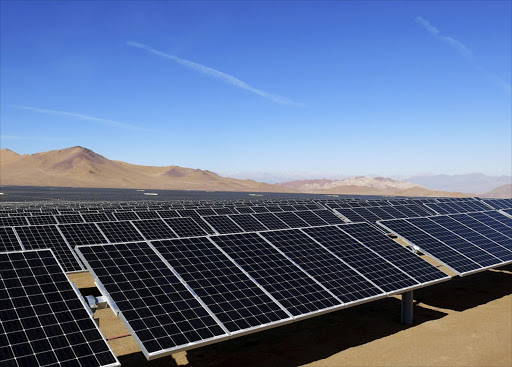 During his State of the Nation address, President Cyril Ramaphosa gave the clearest indication to date of the government’s commitment to the renewable energy transition and to making it as easy as possible for businesses, industry, farms and households to generate (some or all) their own power through what he calls self-generation.

Ramaphosa stressed self-generation as a major component of addressing the energy crisis, the failing economy, Eskom’s challenges and to transitioning the country to a cleaner and more sustainable energy mix. In this context, self-generation includes generation from small-scale, solar photovoltaic (PV) systems and wind, biomass and biogas projects.

The president also reiterated plans and provided timelines for splitting Eskom into three entities responsible for generation, distribution and transmission. He announced that municipalities would finally be able to procure electricity from independent generators. These plans will further unlock self-generation, paving the way for competitive pricing models, more affordable electricity, and for more self-generators to contribute to the grid.

For those organisations and households that would like to become self-generators, there are a number of considerations and lessons from current self-generation projects around SA and Africa, which can help them move forward.

Self-generation pays, and businesses, industry, farmers and households that switch to solar are seeing notable savings on their energy bills, and solid returns on investment. Gone are the days when solar was an expensive, hard-to-fund technology. Solar PV projects that are sized appropriately and are developed with due consideration to user requirements, generally provide a solid payback period of four to six years, or an internal rate of return (IRR) of 15%-25%.

Businesses, farms and households seeking to generate their own power, now have access to a range of financing options.

For those projects that are funded by power purchase agreements (PPAs), energy consumers generally are seeing savings of 5%-20% on their energy bills from day one, with no capital down, and without needing to carry the cost of maintenance and insurance.

Load-shedding is a little more complicated, but it is still possible for energy users to generate savings while minimising the costly impacts of load-shedding. With most solar systems being grid-tied, self-generating customers are and will be subject to load-shedding.

However, with regular load-shedding confirmed for the next two years, more SA customers with solar PV systems are also investing in generators. This means that they use the savings they are accruing on their energy bills to offset (in full or in part) the cost of running generators.

For instance, one farm in the Western Cape with an energy consumption of one million kilowatt-hours (kWh) per year completely transformed its energy system, and is now generating savings on its energy bill and reducing exposure to load-shedding through self-generation. This project provides a payback period of six to seven  years and IRR of 13%. The solar plant produces 90% of the farm’s electricity needs over 12 months.

The farm originally had nine municipal electricity supply points providing energy to different areas of the farm. This meant the farmer would have needed nine solar plants for generating his own power in the daytime, and nine generators to keep operations going during load-shedding.

By investing in a solar plant and consolidating all the supply points into one (that is, creating a micro-grid), the farmer could have one, larger solar PV plant and one back-up generator. The solar power is efficiently distributed across the farm through the micro-grid, while feeding excess energy into the grid. During load-shedding, the back-up generator provides power to this single point, which is then distributed throughout the farm.

The options for financing self-generation systems have grown exponentially in recent years. Businesses, farms and households seeking to generate their own power, now have access to a range of financing options, which include friendlier debt finance from commercial banks, PPAs and online crowdfunding or investing platforms. As mentioned earlier, PPAs allow the energy user to pay only for the electricity consumed at a rate per kWh that is significantly lower than what they were paying their local utility or Eskom.

With local online investing or crowdfunding platforms such as FedGroup and Sun Exchange, the power of the crowd is used to finance solar projects, which provide healthy returns to the investors, and savings for the energy users.

Local and national government are making good progress in developing the regulatory support system for self-generation. Over recent years, municipalities around the country have been putting in place rules and regulations, export tariffs and standards to allow customers to self-generate, and to get paid for feeding excess electricity into the grid.

These are critical to ensuring that solar and other projects are implemented legally, safely and sustainably, and to encourage customers to remain part of the grid. They are also essential for the long-term sustainability of municipalities and the national grid, as more businesses, farms and households become self-generators of power.

If a system is correctly sized, it is a bonus to get paid for excess electricity generated, but won’t necessarily reduce the financial viability of most self-generation projects.

There are significant benefits to reducing grid defection. By keeping customers connected to the grid, municipalities can ensure that their revenue base remains sustainable and the grid is used as one large battery with millions of energy generators and consumers.

In terms of feed-in tariffs (the amount per kWh that generators get paid for feeding electricity into the grid), the principle that seems to be guiding most municipalities is that grid-connected projects should be net consumers of grid electricity over 12 months. This means those who generate their own power should not feed more electricity into the grid than they are consuming. The size of your self-generating project is therefore critical, and contractors should correctly size a project based on the total energy consumption and load profile for an entire year.

For example, to go back to our farmer. His total load profile for the year showed consumption of about one million kWh per year. To ensure that he remained a net consumer of electricity, his solar system was sized to generate roughly 900,000kWh per year.

Most Western Cape municipalities now “pay” customers (in reality, customers receive credits) for feeding electricity into the grid with feed-in rates varying widely. We’ve seen customers receiving from 50c/kWh to 74c/kWh in the Western Cape. The eThekwini Metro, which includes the City of Durban, note in their latest tariff booklet that they aim to purchase energy from self-generators at the same rate that they are buying energy from Eskom.

Despite the inconsistency and wide range of tariffs offered by municipalities, those who aim to self-generate shouldn’t be too concerned if they are offered a low rate for power feedback into the grid. If a system is correctly sized, it is a bonus to get paid for excess electricity generated, but won’t necessarily reduce the financial viability of most self-generation projects.

What is critical, however, is that municipalities make long-term commitments to feed-in tariffs and provide consistency and continuity to customers. It becomes impossible for customers to plan self-generation projects if municipalities commit to one feed-in tariff one year and then make significant changes to it the next. This affects the business case of larger projects but also erodes trust in the system, and prevents customers from committing to self-generation.

Ramaphosa used the word “together” 16 times in his address, stressing that government by itself cannot transform the country. By becoming a generator of power, businesses, industry, farms and households can help revolutionise our entire energy economy. The beauty of it is that the entire ecosystem, from government regulation through to finance and technology, is now fully geared to helping them do exactly that.

• Deepak John is director and founder of New Southern Energy.

Get mines feeding into the power grid, it’s an ...

It’s pretty dim not to allow miners to use ...

Powers-that-be finally get serious about green ...

Getting off the grid isn’t the solution. Fixing ...

Coin flip-flop: what exactly is bitcoin? Regulators need to know

Mboweni’s war with unions will end badly. Such wars always do