Here’s how funds can unlock the great potential in such development, to the benefit of us all in SA 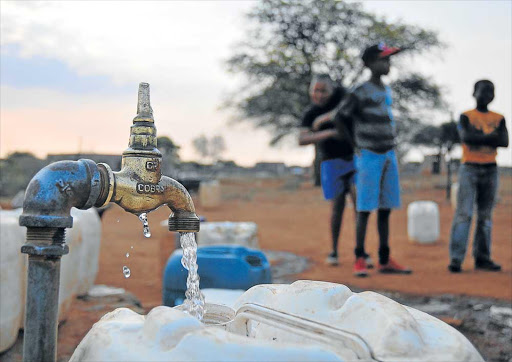 Running out We don’t have the luxuries of time and bottomless government funding (or private equity) to build all the things SA needs immediately.
Image: DispatchLIVE

Infrastructure development is at the centre of the government’s agenda for inclusive economic growth and job creation, President Cyril Ramaphosa said in his State of the Nation address. He was making an important point.

The president spoke in his address about the Infrastructure Fund he launched in 2019, saying it has a project pipeline of potential investments to the value of R700bn – by the government and the private sector – over the next decade. This is to be welcomed, but it’s not the only infrastructure development avenue to explore.

For asset owners such as pension funds, which have assets of about R4.4-trillion under management, infrastructure development offers an attractive investment option: it satisfies a market demand, offers strong and predictable returns over time, risk can be mitigated in various ways, and it provides a way for investors to meet important environmental, social and governance (ESG) and impact-investing goals.

With the provision of much-needed infrastructure SA’s prospects for economic growth and social upliftment are also boosted. Things are more likely to work: traffic can flow, the youth can be educated, the lights can remain on, and business will be done.

Foreign investors will take a dim view of investments if SA investors are absent.

The answer lies in collaborative action, involving pension funds, asset consultants and international players. The Eskom Pension and Provident Fund is part of the nascent Asset Owners’ Forum, a roundtable body or coalition of the willing set up under the auspices of Batseta, the non-profit body for SA retirement fund principal officers, trustees and fund fiduciaries.

Members of the forum include various leading pension funds, financial institutions and asset consultancies. There is also close collaboration with international bodies such as MiDA (an initiative of USAID) and the World Bank, which are interested in mobilising institutional investors to develop Africa’s infrastructure and real assets.

By pooling expertise and knowledge, sharing the costs of due diligence, spreading risk and consolidating bargaining power – but still retaining individual decision making about making investments – bodies such as the Asset Owners’ Forum can collectively take on large-scale, longer-term infrastructure development investments. And smaller players are also able to participate meaningfully.

A vital aspect of infrastructure development – invariably a capital-intensive, longer-term investment – is accessing international support and funding. Foreign investors will take a dim view of investments if SA investors are absent. But if SA pension funds bring their huge collective clout to bear on developing infrastructure, we can expect that foreign investors will be more inclined to get involved too. And there are several foreign development finance institutions.

A feasible return on infrastructure equity investment will be about 12%-16%, depending on factors such as gearing and risk. But what’s especially attractive about such returns is that they tend to be dependable and predictable over the long term – annuity income that can be relied upon to materialise. The cash flows from these investments are also a better match for the liabilities of a pension fund, because they are long-dated and inflation sensitive.

In financing a tollway one could thus accurately calculate the traffic it will bear, and calculate income from toll fees and concessions over a set period. An investment in student accommodation could similarly provide accurate returns based on fixed numbers of occupants and the rentals they will pay. Renewable energy producers could sell power to Eskom on a take-or-pay basis, at a known tariff.

For forums such as the Asset Owners’ Forum greater clarity about investment limits in the context of infrastructure development is an important consideration. Regulation 28, issued under the Pension Funds Act, limits the extent to which pension funds may invest in particular assets, asset classes and unlisted assets. This is to protect fund members against the effects of poorly diversified portfolios and risky investments.

But it’s unclear how Regulation 28’s limits on unlisted investments will relate to infrastructure development, which some believe is an asset class in its own right while others feel is a sub-asset class. This uncertainty needs to be investigated, and consideration possibly given to increasing the limit on unlisted investments to give retirement funds greater opportunities to invest in infrastructure development.

Pension funds need to invest responsibly on behalf of their members, and must generate sufficient returns to allow them to live comfortably post-retirement. It is why pension funds are tightly regulated, so that they can safely fulfil their mandate in perpetuity.

But SA also desperately needs infrastructure investment. One need only look at our potholed roads, crumbling schools and ill-equipped hospitals, innumerable informal settlements, students without a roof over their heads, and the dire energy situation, to appreciate that. The economy will falter, and our population be ever more unequal, if something is not done – and soon.

We don’t have the luxuries of time and bottomless government funding (or private equity) to build all the things SA needs immediately. But what we do have are retirement funds that are cash-flush, imbued with great investment expertise – not to mention institutionalised fiduciary responsibility – and in a position to make safe, profitable investments that will benefit us all in the longer term.

The question is not why an SA pension fund would want to devote a bigger portion of its investment capability to infrastructure development; it’s why not.

• Mkhize is chief investment officer at the Eskom Pension and Provident Fund.

World of trouble: the trends that should give SA ...

Don’t dig the construction sector? Get a load of ...

Money to burn: what’s wrong with the new energy ...