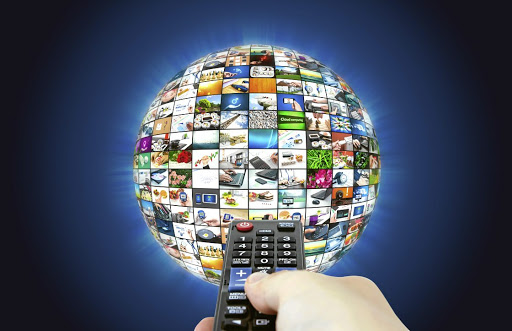 Even though foreigners have been pouring money into South African stocks in early 2018, Naspers’s discount to net asset value has continued to grow.

Last month management attributed the hefty discount – of around 40% – to capital outflows from South Africa and the inability of South African institutions to fill the gap, partly because of Naspers’s heavy weighting in local indices.

But that argument no longer holds. Capital outflows turned to inflows in early December as expectations grew that Cyril Ramaphosa would be named the next president of the ANC.

That trend has been sustained thanks to growing confidence in the ruling party’s ability to turn itself and the ailing economy around.

It is partly attributable to the stronger rand and investor concerns about probes into MultiChoice.

Foreigners were net buyers of local shares to the tune of R15.4-billion in the first four weeks of 2018. That compares to net outflows of R14.8-billion in the same period a year before.

Owing to a 5.1% fall on Tuesday, Naspers’s shares are flat so far in 2018, meaning that the group continues to materially underperform Chinese internet giant Tencent.

The value of Naspers’s 33% stake in Tencent has ballooned by 13.7% so far this year.

The rising discount is partly attributable to the stronger rand and investor concerns about probes into MultiChoice’s dealings with news channels ANN7 and the SABC, according to Imtiaz Suliman, portfolio manager at Sentio Capital.

The Independent Communications Authority of SA is investigating the Naspers subsidiary for payments made to the broadcasters, allegedly in exchange for political influence over the government’s digital television migration plans.

MultiChoice will announce the outcome of its own investigation on Wednesday.

“There’s a lot of investor nervousness around something that could come out [of the probes],” Suliman said.

Meanwhile, rand-hedge stocks in general have underperformed, with the rand having strengthened significantly following the ANC’s elective conference. British American Tobacco and Anheuser-Busch InBev have edged lower in the year to date.

A secondary listing in Hong Kong would help to narrow the discount.

According to Suliman, Naspers’s discount is also the result of the group’s share issuances over the years. “From 2006 to now, their shares in issue have increased by 49%, so shareholders are getting diluted continuously.”

Sentio Capital rates Naspers as a buy. Suliman said the discount could be reduced by listing more underlying businesses, halting shareholder dilution, or trying new strategies such as listing Naspers in Hong Kong.

Shane Watkins, chief investment officer at All Weather Capital, said there was a “strong arbitrage culture” in the financial hub of Hong Kong, meaning that a secondary listing there would help to narrow the discount.

Naspers’s management team, which is incentivised to reduce the discount because they are investors in the business, said in a roadshow in New York last month that a secondary listing “on its own does nothing”.

Chief financial officer Basil Sgourdos said the American Depository Receipt listing in London had “done nothing for the discount”.

Tencent earnings 'could grow at 35% a year'

Tencent, which is by far Naspers’s most valuable investment, could grow its earnings by 35% a year over the next three years, a Shanghai-based portfolio manager says.

This should continue to support the investment case for the Chinese internet giant.

Some analysts have grown sceptical about Tencent’s ability to maintain its blistering growth rate, partly because the rate of smartphone penetration and usage growth could start to slow in China.

The bullish earnings projection for Tencent excludes contributions from its fledgling mobile payments business and search engine functions, which are yet to turn profitable, according to Xiaogang Zhang, MD and co-portfolio manager at Greenwoods Asset Management.

It could generate far higher advertising revenues from its social media platforms, as well as its video streaming business.

But Zhang said Tencent’s growth prospects were partly based on the opportunity to lift advertising income. Tencent generates about a fifth of its revenues from advertising at present.

For instance, Tencent could generate far higher advertising revenues from its social media platforms, as well as its video streaming business, which had about 450 million active monthly users.

Meanwhile, Tencent’s foray into financial services was gaining steam, and the unit was now the same size as a “mid-sized Chinese traditional consumer bank”.

“Tencent is using its traffic to sell a lot of financial products, such as consumer loans, insurance and wealth management products.”

The payments business in China was also poised for growth.

While Alipay dominated the online payments market, Tencent had a 75% share of China’s offline mobile payments business. This refers to payments for goods and services using applications such as WeChat.