Now for 'alt meat': Billionaires playing silly burgers with our ... 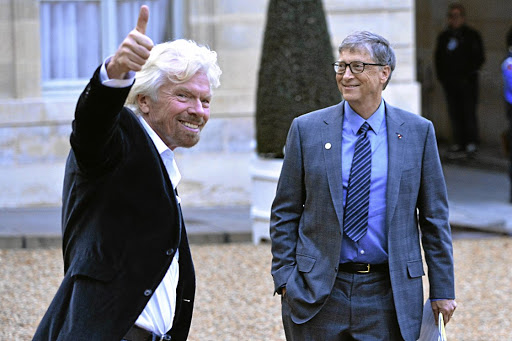 What do Bill Gates, Richard Branson and Leonardo DiCaprio all have in common? Aside from vast wealth and fame, all three are backing “alt meat” — a fake meat they say has all the taste but none of the climate problems that come with traditional cattle farming.

“If you’re able to create a product that tastes, smells, feels, looks and costs the same as ground beef, yet is made from plant-based materials, it’s a very large market,” said venture capitalist Samir Kaul.

Kaul is a partner at Khosla Ventures, which along with Microsoft founder Gates, has invested millions of dollars in Impossible Foods, which produces the Impossible Burger.

Impossible because it is not meat, but part of a growing market in products that — unlike bean or Quorn burgers — simulate meat rather than just replace it with a veggie option.

The meat substitutes market will be worth nearly $6-billion by 2022, according to research firm Markets and Markets.

But industry analysts are cautious about the potential. The US is a nation of meat eaters — 98% eat it at least once a week, according to Darren Seifer, a food consumption analyst for market research group NPD.

The meat substitutes market will be worth nearly $6-billion by 2022, say researchers.

“For success in the food industry you have to be patient. What we eat and drink is culturally based and very habitual. It might take as long as a decade to see if there is any moving the needle,” said Seifer.

Actor DiCaprio has previously invested in tea that provides an income to indigenous Amazonian families and in a farmed fish company, citing overfishing and collapsing marine ecosystems.

Gates also has previously invested with the environment in mind; he put money into Breakthrough Energy Ventures, a $1-billion-plus fund to finance emerging energy research to reduce global greenhouse gas emissions to near-zero.

There are a handful of international companies like Impossible producing meat that does not involve animals being killed, deforestation or significant production of greenhouse gases. Impossible says its burger creates 87% less greenhouse gas emissions than a meat equivalent.

About 80% of all agricultural land is dedicated to grazing or growing feed for animals, the United Nations says.

The livestock industry consumes 10% of the world’s fresh water, while generating methane and other planet-warming emissions, and causing large-scale deforestation.

In December, Beyond Meat, whose products look like meat but are made of plants, announced they had received investment of $55-million from two investors with decidedly meaty credentials.

Tyson Foods, which produces a fifth of all animals eaten in the US, was one; the other was Cleveland Avenue, a venture capital firm run by the former McDonalds CEO Don Thompson.

“There are many issues that impact upon climate change, but few as negatively as livestock,” Richard Branson wrote in a blog post explaining why he had put his money into Memphis Meats, which is growing meat from animal cells in laboratories.

In the same blog, the Virgin boss revealed he had given up beef because of rainforest degradation.

Gates too has expressed concern for the environment in a blog post entitled: ‘Is there enough meat for everyone?’ “How can we make enough meat without destroying the planet? — one solution would be to ask the biggest carnivores (Americans and others) to cut back, by as much as half,” he wrote.

The two biggest players that have gone to market in the US — Beyond Meat and Impossible Foods — have now seen investment of more than $300-million. However, some people are not convinced the environment is their motivation.

There are many issues that impact upon climate change, but few as negatively as livestock.

“Venture capitalists have pinpointed a growth area and the only thing they are looking for is a return,” said Simeon Van der Molen of Moving Mountains, a plant-based burger company based in the UK.

A vegan who has sold eco-friendly cleaning products for 17 years, he will launch his own plant-based burger next month, effectively going into competition with the venture capitalists.

“For me venture capitalists are only after their pound of flesh,” he said. He is aiming to keep the company independent.

While motives might be questioned, there is no disagreement over the growing interest.

Market research company Mintel saw a 257% rise in new products labelled as vegan-friendly between 2011 and 2016.

In less than a year, the Impossible Burger (made of wheat, coconut and potato) has gone from being available in 11 restaurants to 500 in the US.

That’s still a tiny fraction of the current market — nine billion servings of burgers were ordered at restaurants and food outlets in 2014, according to US market research group NPD.

Beyond Meat, which makes chicken and sausages as well as burgers from pea protein, sells into 19,000 US stores.

Van der Molen says his target consumers will be flexitarians — people who eat meatless meals once a week or more.

“There are 500,000 vegans in the UK and 22 million flexitarians. What we want to do is get carnivores to make that conversion,” Van der Molen said.