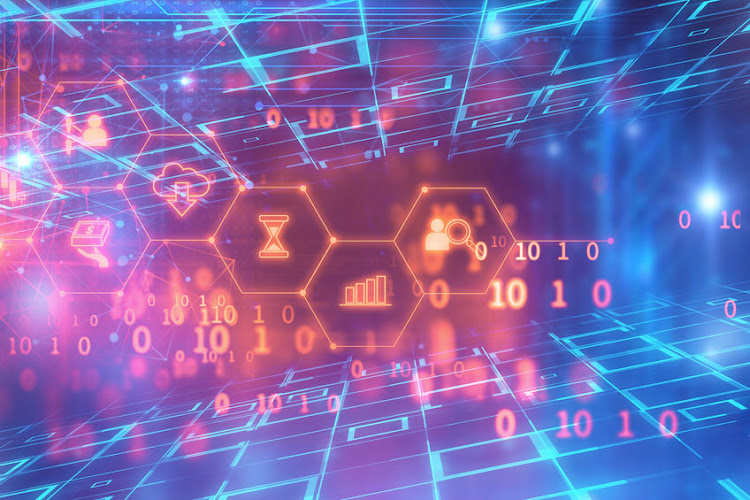 Brazil hopes to reduce corruption with blockchain — the technology behind the bitcoin currency — as it reels from a string of arrests in the world’s biggest graft investigation.
The platform’s supporters believe it can reduce fraud in Brazil’s antiquated land titling system, which enables swathes of Amazon rainforest to be cut down for soy and beef farming, in a country where half the population lack property rights.
Brazil’s state-run technology company Serpro launched a blockchain platform in November and is holding roadshows to introduce it across the world’s fifth largest country.
“It is a good tool to reduce corruption and fraud,” Serpro’s director-president Gloria Guimaraes told the Thomson Reuters Foundation.
“I see it as one more way for us to help citizens, businesses (and) the government to improve their controls, reduce their fraud and improve their records.” For the last four years, Brazil has been rocked by the so-called Car Wash investigation into kickbacks from contractors to executives of state-run companies and politicians in return for public projects.

The scandal has entangled two former Brazilian presidents, sent dozens of top executives and politicians to jail and forced the state-controlled oil company Petrobras to pay almost $3 billion in a US class action corruption lawsuit.
Governments and businesses around the world are exploring ways to store data, such as land records, contracts and assets, in blockchains — ledgers of digital transactions — amid rapidly growing investor interest.
Most plans have not gone beyond the pilot stage.

While Serpro’s first blockchain project allows people without bank accounts to buy government bonds for the first time, it hopes to sell the technology to a range of companies, from land registration agents to agribusinesses, Guimaraes said.
“It is for any businesses that require the obtaining of reliable, valid, credible information,” she said.
“It is a reliable network with the safest protocols possible and with the lowest risk of fraud and hacking.” There is no single, centralised system for checking who owns land in Brazil. Instead, land is registered in different regions by one of some 3,400 privately-owned agents, known as cartorios.
The system is confusing and widely abused, experts say, with double allocations and corruption in the maintenance of records and transfer of title deeds fueling land conflicts.
Brazil is the world’s deadliest country for land rights activists, accounting for one-quarter of 200 deaths in 2016, according to the London-based campaign group Global Witness.
A cartorio in the southern city of Pelotas is among the first in Brazil to experiment with a fully computer-based blockchain system.
“We want to produce trusted records,” said Marina Reznik, a partner with the US-based technology company Ubitquity, which is part of the project and describes itself as the first blockchain-secured platform for real estate record-keeping.
The Ubitquity platform has a tabbed interface that lets users input and transfer records, permanently recording changes after each save.
The blockchain is not controlled by any single party, but cross-checked by a network of computer users, with information stored in immutable records. This means that corrupt officials who delete or change entries leave a visible trail.
“It just promotes clarity,” said Reznik, who has worked in real estate for more than a decade and describes herself as a “blockchain technology evangelist“.
The Delaware-based startup is seeking to expand to other cities in Brazil, Chile and the United States.

Solution to all problems?

While Honduras, Georgia and the Isle of Man have also signed deals to build blockchain-based land-titling systems, experts say the challenge is greatest in Brazil — the world’s fifth largest country.
Much of Brazil is untitled, with indigenous people staking a claim to land based on ancestral rights, amid competition from agribusiness and wealthy elites. There are an estimated 5 million landless families in Brazil, a 2016 Canadian study said.
Under the government’s land demarcation process, it is giving state-owned plots to small farmers.
But these allocations must be registered by cartorios to be fully legal, according to Terra Legal Amazonia, a national programme granting secure titles to small families farming some 55 million hectares of land in the Amazon region.

KEEPING IT CLEAN A man bangs a pan in front of the house of lower house speaker Rodrigo Maia -who would initially take over the presidency if President Michel Temer resigns or is impeached- during a protest against Temer in Rio de Janeiro, Brazil, on May 21, 2017. Maia is one of the many legislators being investigated in the "Car Wash" probe, the biggest corruption investigation in Brazil's history. Temer won a reprieve Sunday when a key coalition partner delayed a decision on whether to abandon him over an explosive corruption scandal.
Image: Yasuyoshi Chiba / AFP

The poor often cannot afford cartorio services, while the rich pay bribes to register someone else’s land or a far larger area than the one they own, it said.
Corruption has fueled conflicts over land between the indigenous people and cattle ranchers in the northern state of Para, and forest loss in the Amazon, the world’s largest rainforest, experts say.
Four times more land in Para state has been privately registered than actually exists, U.S research shows.
“What personally annoys me is the hype that blockchain will substitute a lawyer in a cartorio,” said Ruy Veridiano, an official working in a cartorio in the city of Osasco, some 400 km (249 miles) west of Rio de Janeiro.
“We may use blockchain, but we still have to have a lawyer to ensure the document is legal.” Registration involves a legal analysis, he said, with a lawyer checking the authenticity of identity documents, title deeds and government allocations, as well as cross-checking to avoid double titling — tasks that blockchain cannot perform.
“This technology has been sold as the solution to all problems and it is not,” said Pablo Cerdeira, a technology expert with the country’s biggest think tank FGV.
Sergio Jacomino, who heads the Institute of Property Registry in Brazil (IRIB), which represents cartorios, said he tested blockchain’s ability to prevent fraud by carrying out a fictional property transfer in the city of Sao Paulo.
“I registered this in the blockchain and what is the legal value of it? None,” he said. - Reuters

Populism, please meet globalism and capitalism (and everybody be nice)